Bunny was late so it jumped on a plate

And slid down the hill to school

Where it burst through the door, fell flat on the floor

And tumbled right into the pool.

Yes, there was a pool in the middle of school.

Why? I really don’t know.

Perhaps for the fish who all made a wish

That to school they could all go. 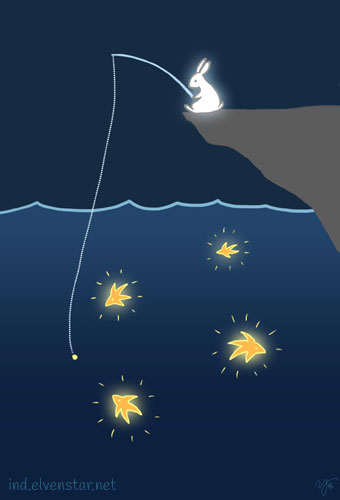 Sometimes the Jade Bunny likes to sit by the Endless Pool and try to catch glowing star-fish with a yellow moon pearl.

Once upon a time, there lived a bunny called Bunny. Bunny often helped out its neighbour, Hare, by picking apples from Hare’s apple tree (Hare had several fruit trees in its garden) and putting them into neat rows in a basket. This worked out quite well for Bunny as Hare would give it an apple for every basket, and Bunny liked eating apples very much.

One day, Hare asked Bunny if it could help pick some of the pears off Hare’s pear tree. Bunny agreed… and then found that Hare expected it to help pick pears every other day during the pear season. This was not really to Bunny’s liking, but Bunny figured it would do Hare a good deed and help it out this time.

Soon Bunny found itself picking cherries as well as apples and pears. And acorns. And weeding flower beds. Hare was paying it two apples for every basket now of fruit now (and nothing for weeding flower beds), but as it took a much longer time to fill a basket with cherries or acorns than with apples or pears, Bunny barely getting more than two baskets done in a day.

END_OF_DOCUMENT_TOKEN_TO_BE_REPLACED

Once there was a bunny sitting in the sun,
With an umbrella o’er its head and in its mouth a bun.
For some weird reason (that I know not) it thought this was great fun
Until a fox came bounding up and then gosh, did bunny run! 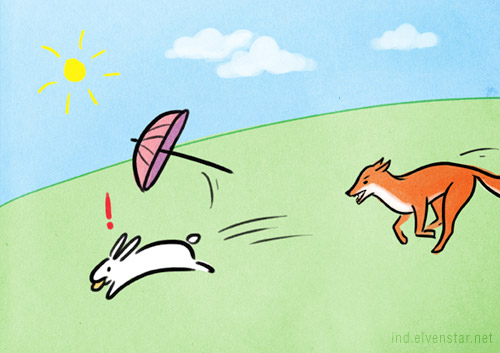 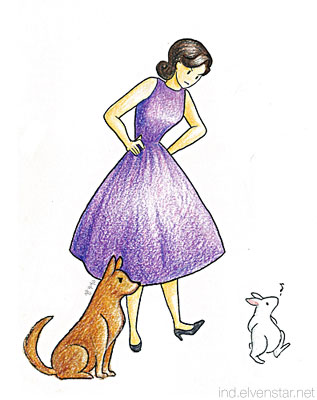 “‘Fess up, Bunny. Where did you put Puppy’s toys?”

I’ve been at a loss for content. I keep wanting to blog but have no solid, interesting ideas.

So here’s bunny relaxing on the beach for you: 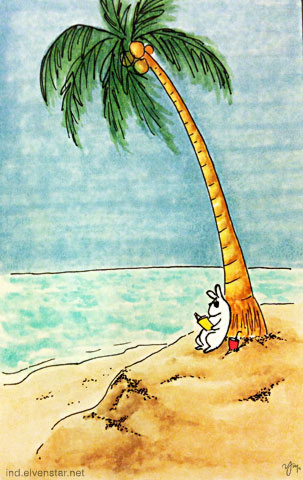 I finished Inktober! On time!

And then discovered that I’d miscalculated and done 32 instead of 31 drawings. haha 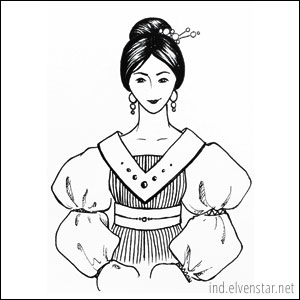 #21: When you draw whilst watching documentaries on art history, you tend to want to draw huge puffy sleeves and so on. Though the high-waisted belt and hair owe more to Japanese than Renaissance fashion. haha

END_OF_DOCUMENT_TOKEN_TO_BE_REPLACED 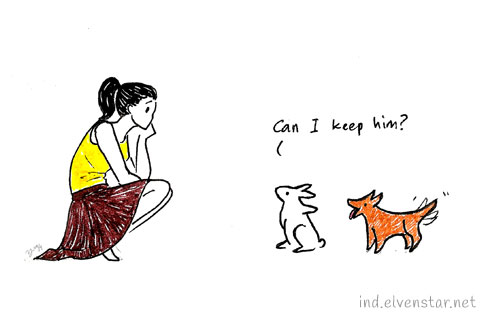 While I sort out photos from EAGC 2013 (and mull over my stupidity in forgetting to change the ISO), here’s something I doodled as a result of one of the plenary sessions: 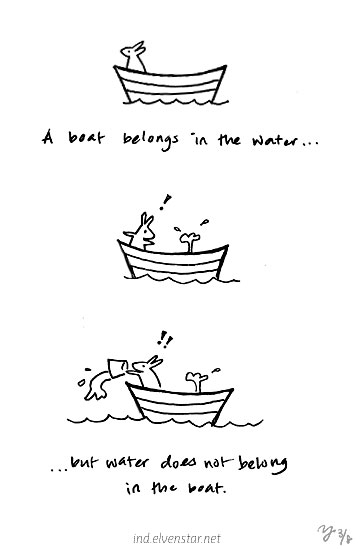 My blog has been kinda dead because I didn’t have anything really interesting to write about. Then I saw this sign at Jusco just now:

And that resulted in the following series of pictures… 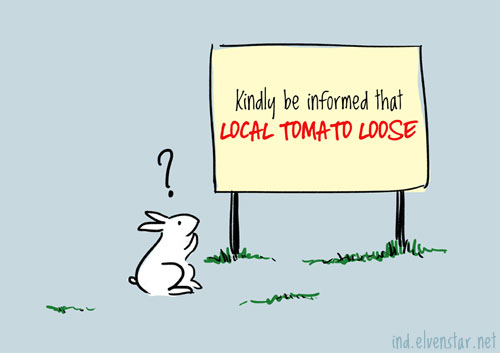