I don’t know if I should spell it as “Gent” or “Ghent.” But since I’ve labelled the pics with “Gent,” I’ll stick with that spelling in this post.

Gent is nice – if you haven’t already become inured to the sight of old European buildings, cathedrals and the like. Unfortunately, I am, somewhat. We were only there two nights, which was good in my opinion, since there wasn’t a great deal to see – especially in the cold, cold winter.

And this is a clock in my room. (I just thought the picture looked nice. *shrugs*) 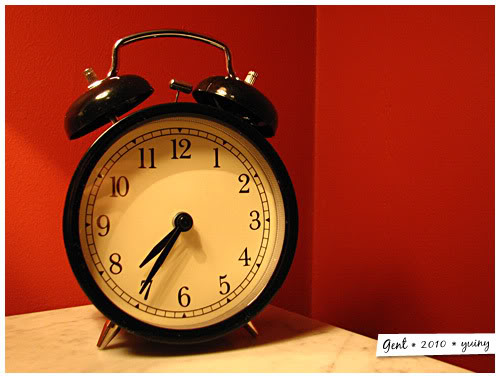 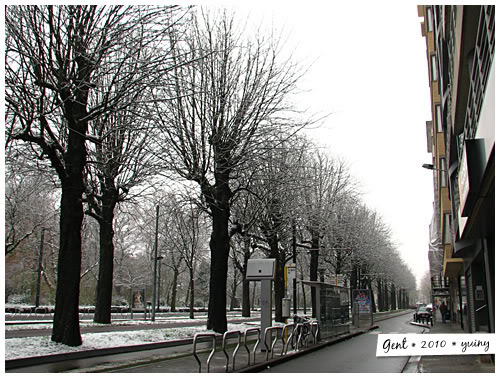 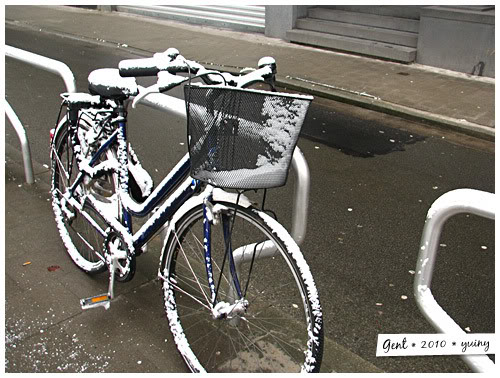 Colourful houses along one street… 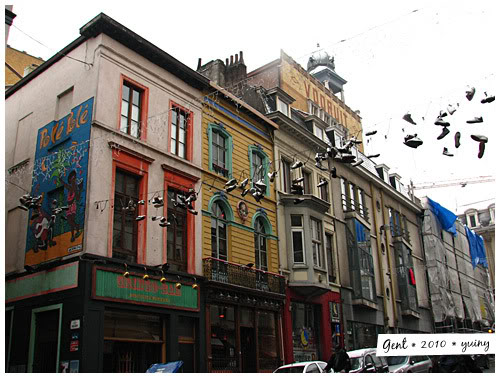 … and no, I don’t know why they hang shoes like that. 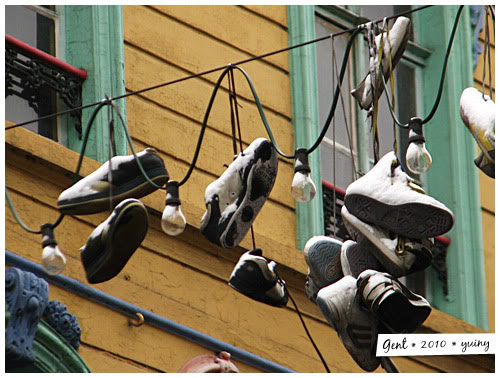 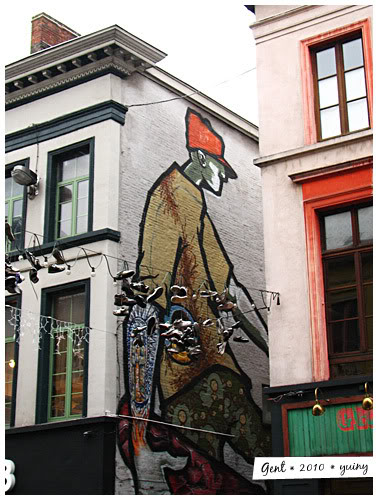 View along the river. The buildings are rather pretty in their own way. Just that I was feeling kinda bored (and really cold). 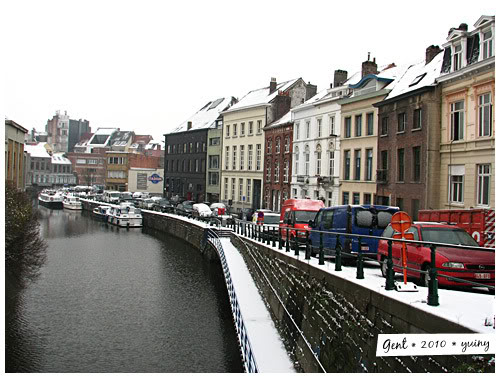 Dunno what building it is, but I like how the roofs look with all the snow. haha 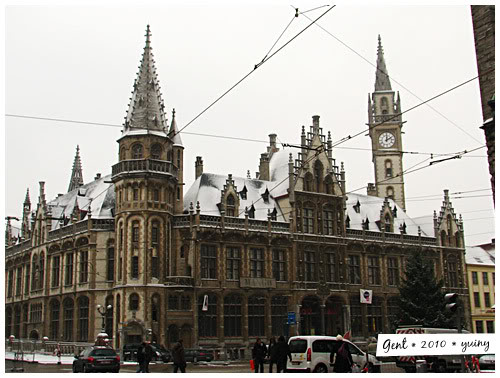 One of the cathedrals… The Belfry, maybe. 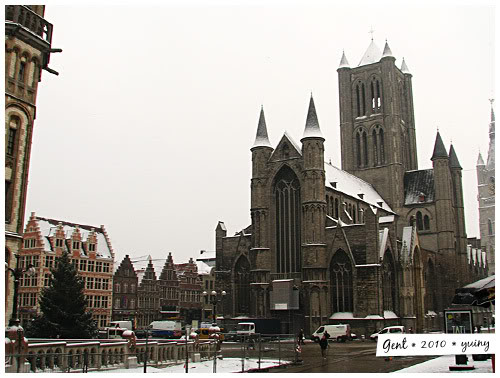 Another riverside view… Very snow-covered, as you can see. 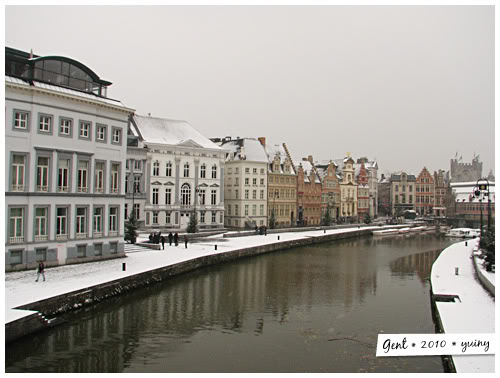 Interesting street lamp. From this angle it almost looks like the winged guy (angel?) is trying to smash the bulb instead of that dragon at his feet. 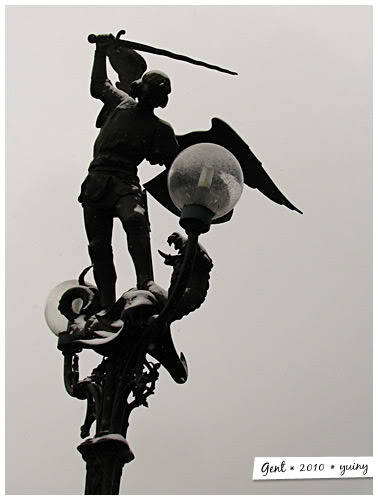