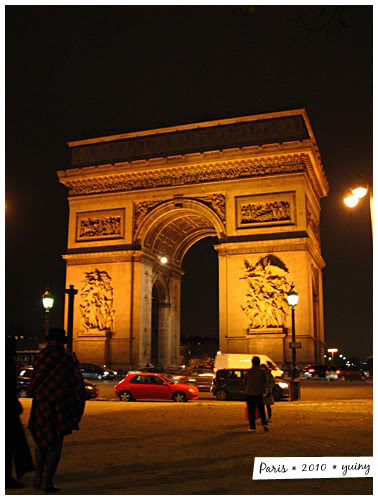 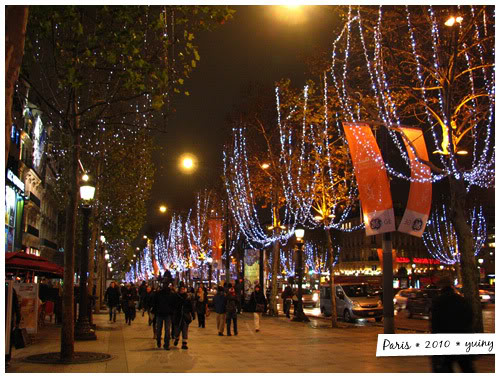 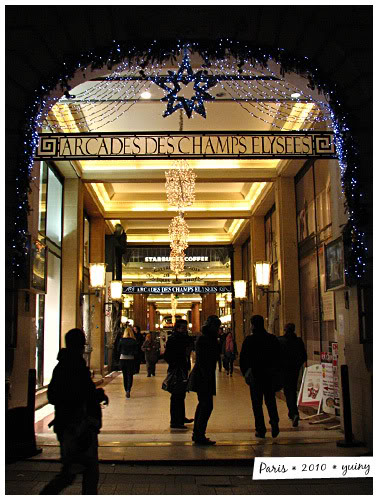 I had a sensation that there was some sort of ‘star’ theme going with the lights along the Champs Elysées. They had some of these vertical hanging lights that gave the impression of shooting/falling stars too (something which is impossible to capture in a still photo). I like stars. ♥ 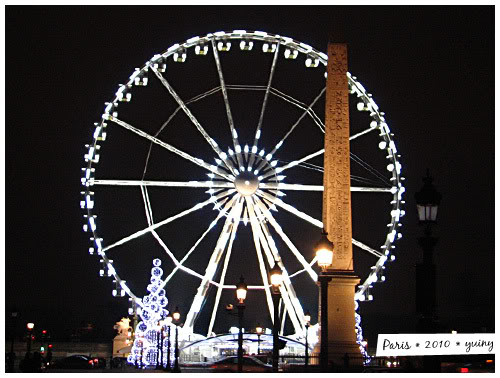 The Luxor Obelisk, with a ferris wheel behind. 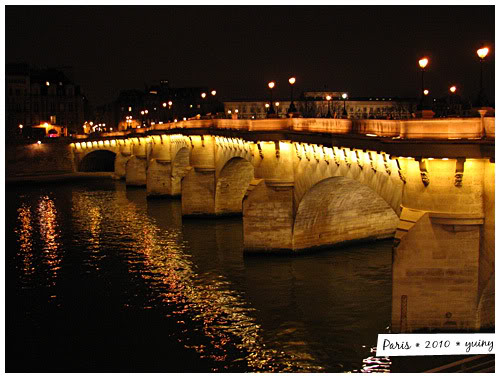 The River Seine by night. 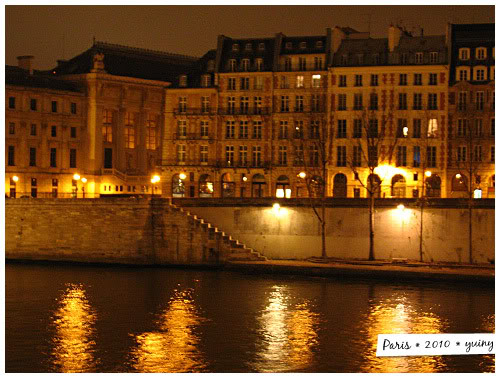 I found myself thinking of Ratatouille… 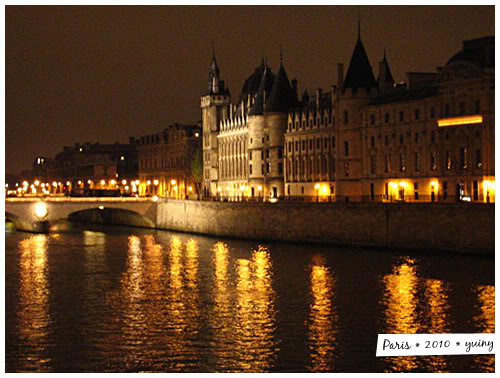 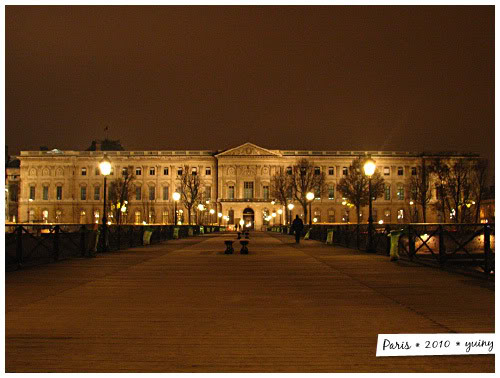 The Pont des Arts again. Also much prettier by night. 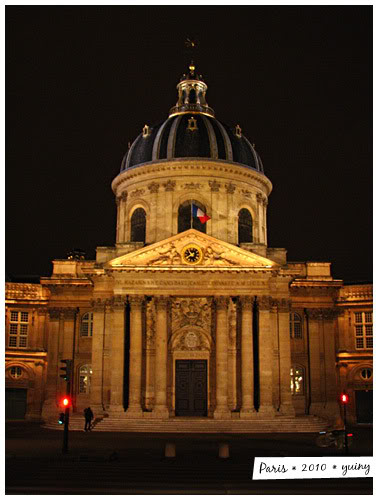 Dunno what this building is either, but I don’t need to know what it is to take a picture of it – it just needs to look good. hahaha 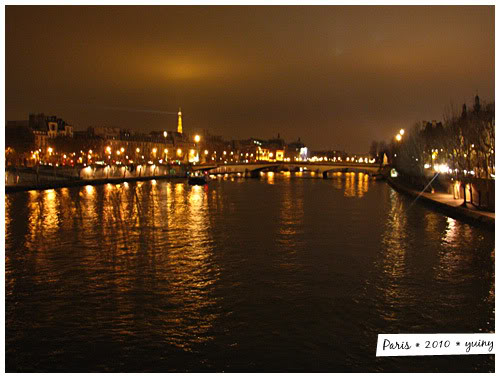 Clearly, there’s a reason why Paris is called the City of Lights. 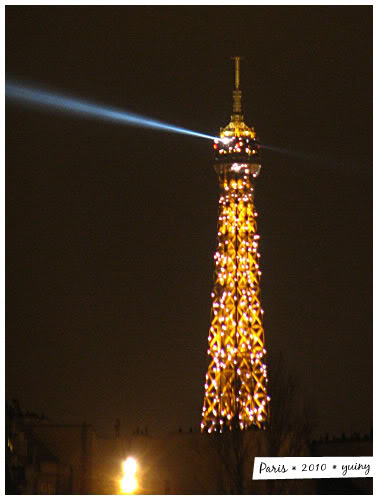 The Eiffel Tower ‘sparkles’ for the first eight minutes of every hour, every night.

(The next two pictures weren’t taken on the same night but I’ll just put them here anyway since they fit in with the whole Paris-at-night theme.) 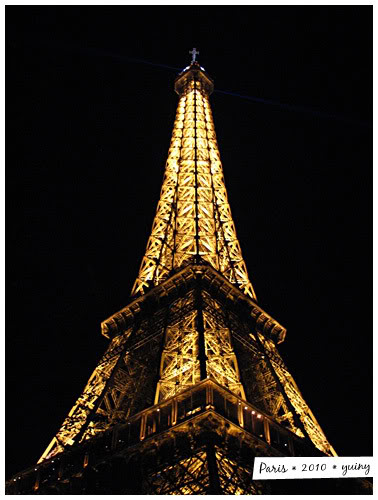 At the base of the Eiffel Tower. 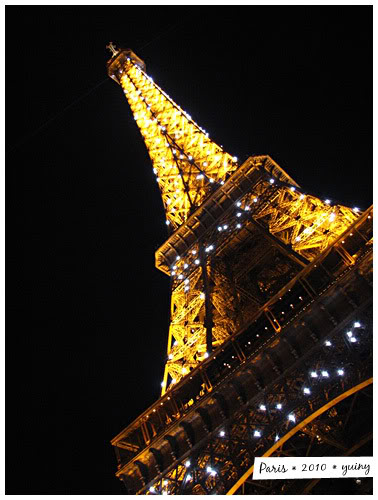 And then it went all sparkly~ haha