I don’t have a lot to say about Hong Kong – it’s a bit too similar to Singapore and KL for me to say much about it – but I will have some photos up soon.

For now, let me get this off my chest:

Hong Kong, what are you doing with your Avenue of Stars??

Good idea, but your placement of stuff is… Well, it could be much better.

For instance, putting Bruce Lee’s statue barely a couple of metres away from Wong Kar-Wai‘s star is stupid. Poor star, all trod on and ignored in favour of a Bruce Lee statue. (This is also no doubt partly a problem with the general public not really caring about movie directors, not even one like Wong Kar-Wai.) 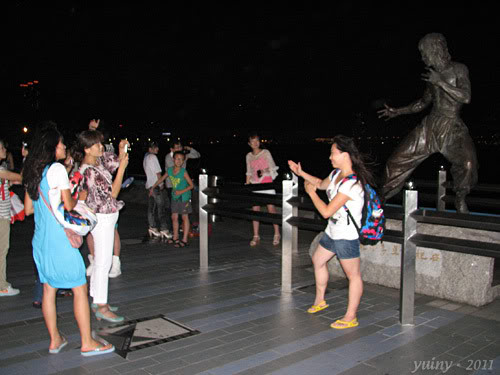 Placing a stall of some sort right in front of Tony Leung‘s star is also not cool. 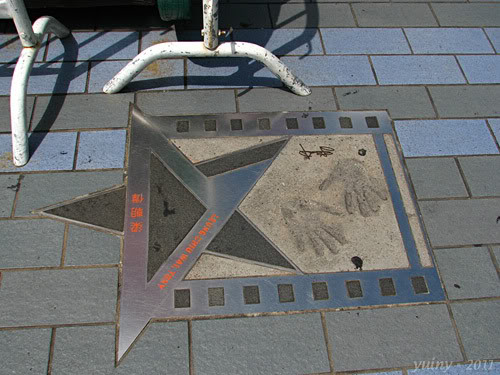 How do you expect people to take photos there when you block off a good part of it? The angles would have to be so odd. It’s Tony Leung Chiu Wai, for crying out loud. And you do that?? Oh, Hong Kong.

(Incidentally, I may just have to call this Tony Leung my favourite Chinese actor just because he’s been in two of my three favourite Chinese/Cantonese films – Infernal Affairs and Red Cliff.)

You also had stalls placed rather awkwardly close to both Maggie Cheung’s and Michelle Yeoh’s stars – not as close as Tony Leung’s, but still close enough to seem a little odd.

But saddest of all has to be Eric Tsang‘s star… 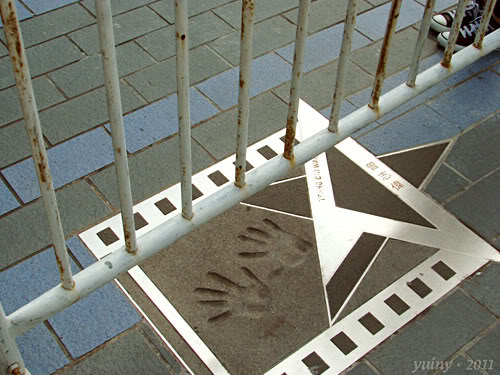 It has a railing right over it.

Really, HK. You should’ve put more thought into all this…

One thought to “Poor Stars”