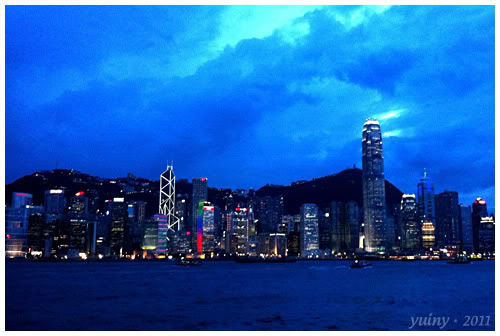 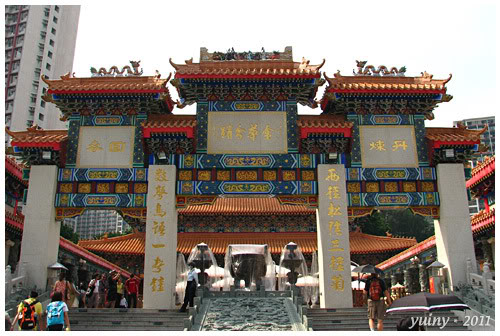 Some well-known temple, I guess? Dad says it’s especially popular during Chinese New Year. Went there because my grandmother wanted to see it. 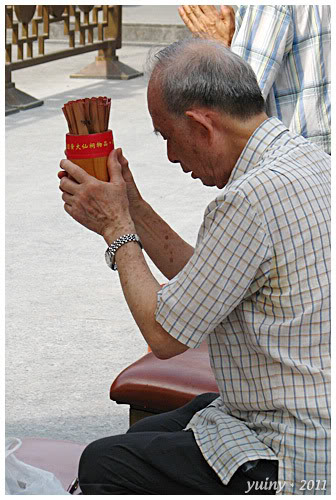 There were quite a number of people doing this… I don’t know what you call it. It’s that thing where you shake the container until one little stick falls out and then you take it to the fortune teller or whoever and have your fortune told. haha 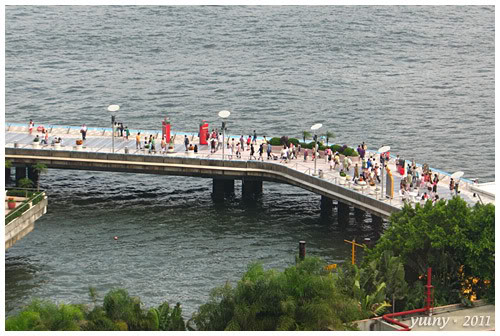 The Avenue of Stars, as viewed through a 12x-zoom lens from the 16th floor of our hotel. Lots of people there most of the time. 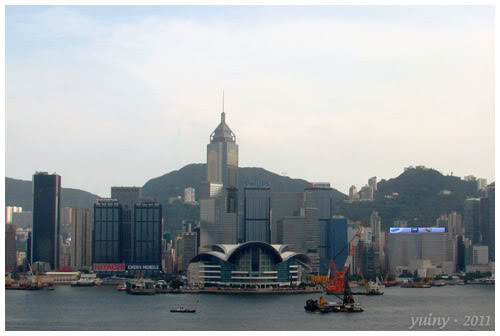 View of Victoria Harbour from the 16th floor as well… 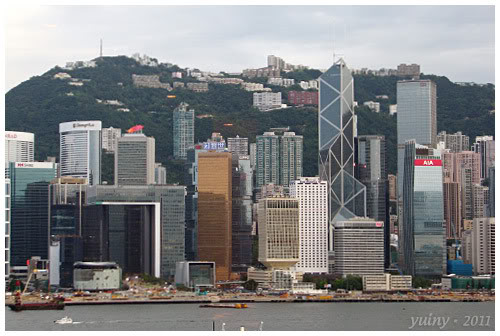 And the view slightly to the right, with the easily-recognisable Bank of China tower. 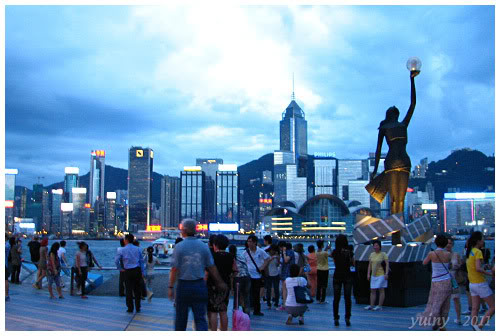 We went down to the Avenue of Stars the first evening but didn’t stay long because it began to rain. Did manage to pop down there later in the night when the rain had stopped but it was pretty tricky taking pictures in all that really strong wind (the Typhoon Signal No. 3 was up  that day). 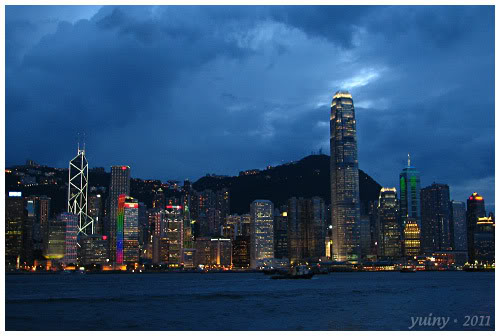 Another view of Victoria Harbour, this time from the Avenue of Stars. The Bank of China building really stands out… 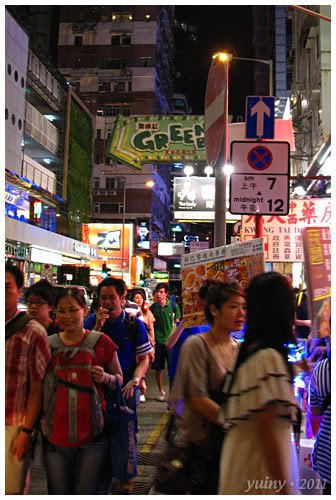 The road near Yau Ma Tei, the “Ladies’ Market”. 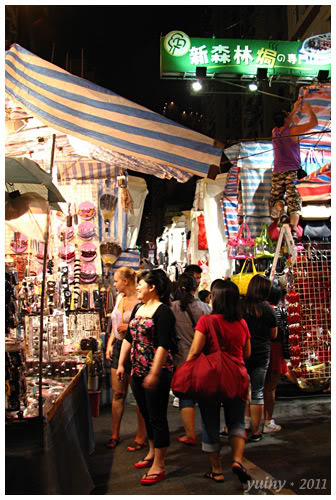 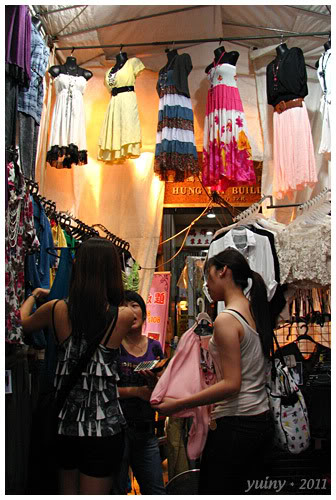 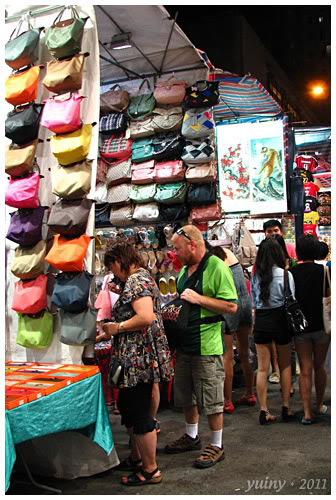 Some shots from Yau Ma Tei. Looks pretty much like our pasar malams, really. 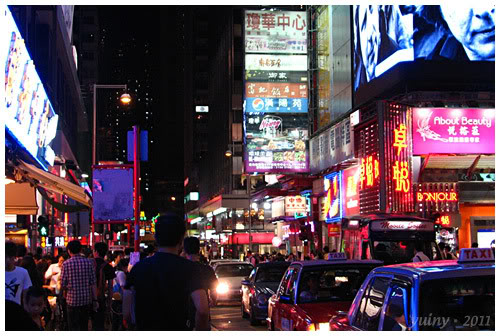 Random road near the night market… 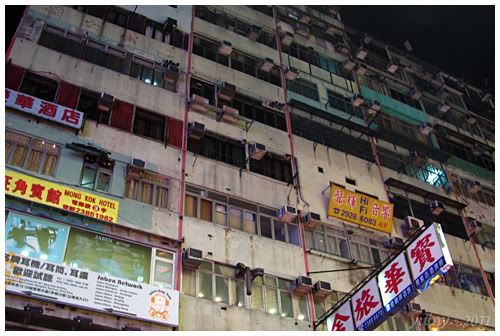 And if you look up, this is what’s above all the brightly-lit shops. Hong Kong’s slums, kinda. 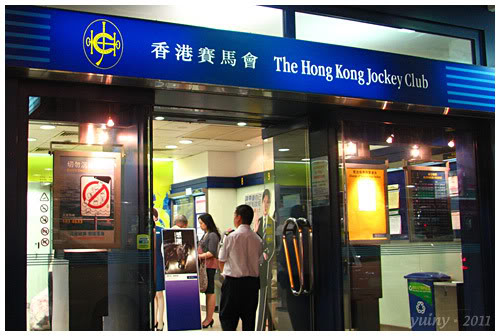 As our van drove past this, I noticed what the sign in the window (the one on the left in this photo) said and had a good chuckle. 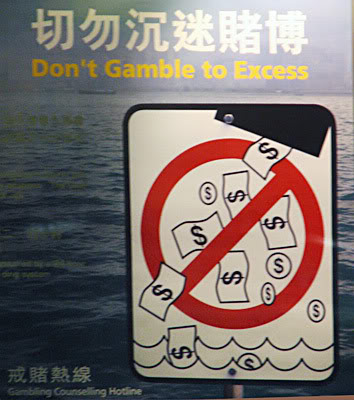 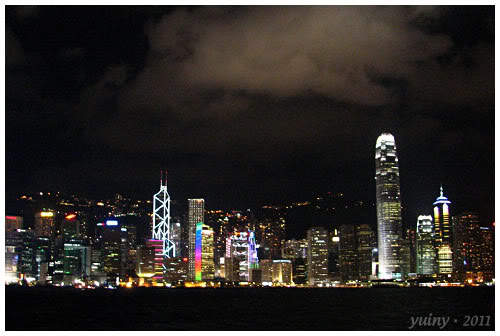 … Yes, I have a lot of photos of Victoria Harbour. What to do – it was the most photogenic thing around. Though I can’t say many of my photos turned out that fantastic. This is one sort of instance when a DSLR would have rather better results. 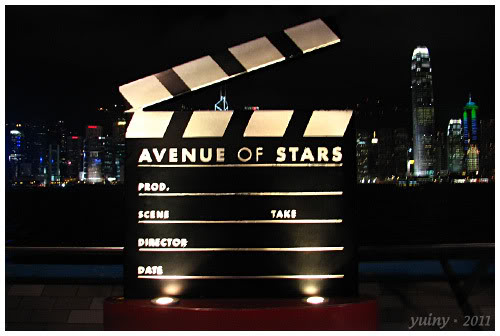 One of the large decorative thingies around the Avenue of Stars for people to take photos with.

(To be continued… when my sinus stops acting up. ugh.)