Managed to get my (very small) photos of Aquaria KLCC from my KL trip a few weekends back out of my handphone thanks to the bluetooth thingy on Ming’s laptop. If I ever get to go to Aquaria again, I’m going with my camera and I will spend as much time as I can there taking photos of fish.  *nods* 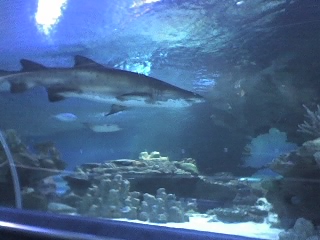 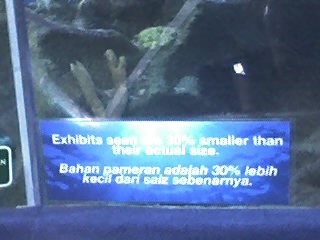 My main quibble with Aquaria was that there wasn’t quite enough pretty reef fish. But then big sharks and several fairly large rays, turtles, box fish, puffer fish, a nautilus, giant araipama and some other really huge freshwater fish kinda made up for it… 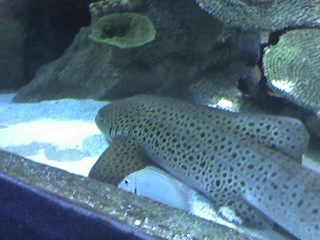 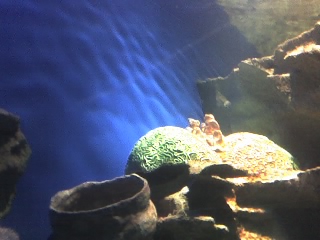 My days of watching National Geography and Discovery Channel and reading encyclopedias really pays off when I’m in places like that. I like to know what I’m looking at, and though there was one particular shark I couldn’t identify (although I have this irritating nagging sensation that I’ve seen it before), it was nice to be able to recognise black-tip reef sharks, sand tiger sharks, leopard sharks, moray eels, eagle rays, remoras, brain corals and nurse sharks (or at least.. it looked like a nurse shark). 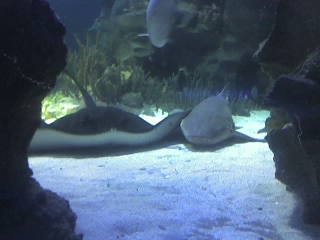 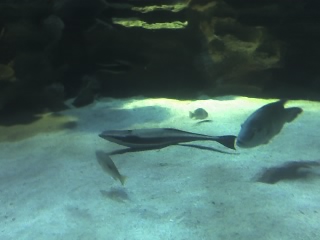 Ray and Shark… and Remora.

Random info: Did you know that rays and sharks belong to the same family? *marine biology nerd mode*

That pic of the ray and the nurse shark is one of my favourite pics. There’s something just so amusing about that one.

It took me a while to remember the name “remora.” I was just staring at the fish in Aquaria, trying to remember what the name of the fish-with-a-flat-head-that-sticks-to-sharks was… hahah. Eventually “remora” bubbled back to the surface of my muddled mind though. It’s really been some time since I had to think of all these names. 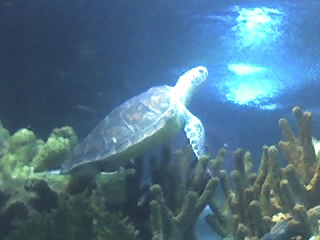 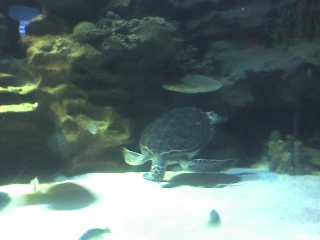 I only took a few pictures of turtles, but they came out rather nicely (considering it’s only a camera phone). Guess it helps that they don’t swim as fast as sharks and rays. That’s a green turtle, by the way.

.
*Crush is the name of the turtle in Finding Nemo. “Dude? Focus, dude… Dude?”
(If I’m not mistaken, Crush is also a green turtle. hahahahaha)