Yes, I’m finally getting around to this.

Day 6 in Japan (July 1), and I was back in Tokyo after having taken the shinkansen from Kyoto the evening before. 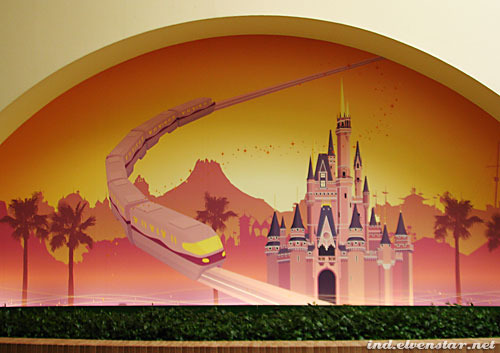 DisneySea doesn’t have a grand castle for me to photograph, so this will have to do as a starting picture. It’s a mural in the Disney Resort Gateway Station. 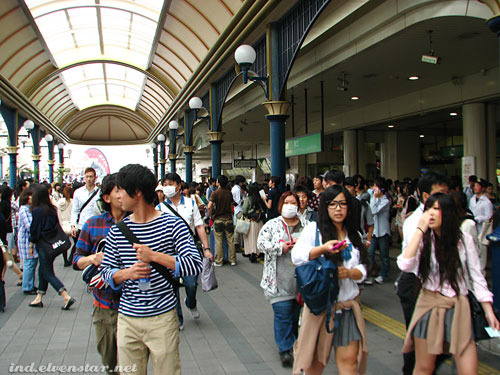 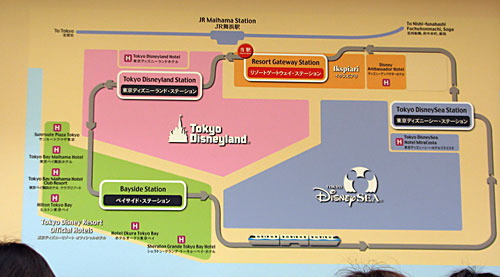 Map of the Disney Resort Line. Disneyland is less than 5 minutes from the Maihama station on foot, but we took the train to DisneySea, which took about 10 minutes to make the whole circuit from the Gateway Station to DisneySea. A single one-way trip on the line is about JPY250 (Suica and Pasmo cards are acceptable). 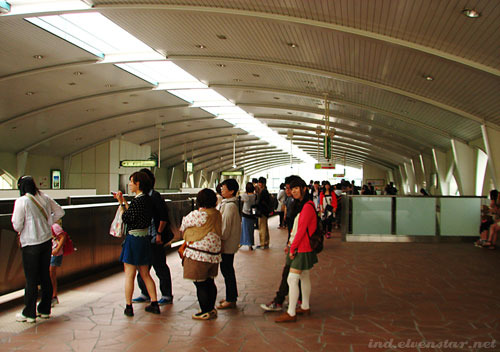 Waiting for the train. At this point, the Gateway Station doesn’t have a very obvious Disney feel. 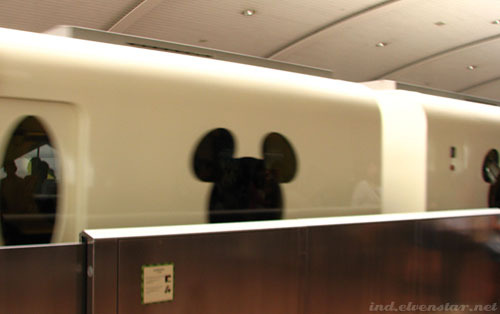 Then the train pulls into the station. MICKEY WINDOWS. 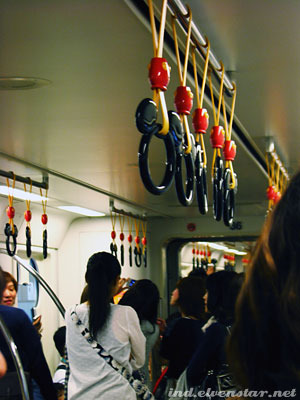 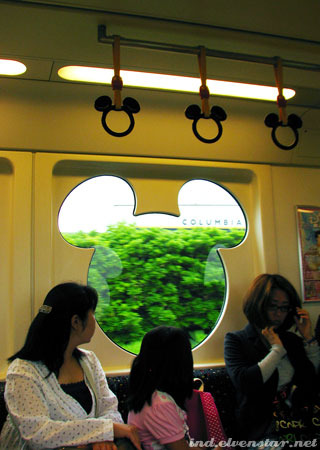 MICKEY WINDOWS AND HANDSTRAPS.
(These pics inside the train look dark, but it was actually rather bright inside… I think I didn’t set my camera exposure correctly.) 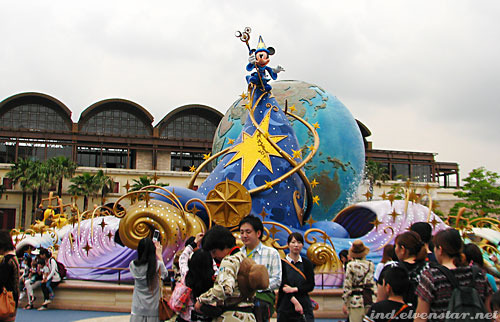 MICKEY.
It felt like everyone was stopping to take photos at the Aquasphere, one of the landmarks of DisneySea and which was then decorated with a Sorcerer’s Apprentice theme (in conjuction with the Fantasmic night show, maybe?). You see the Aquasphere once you enter the DisneySea ticket gates – this is the reverse angle though, so the ticket gates are behind the Aquasphere. 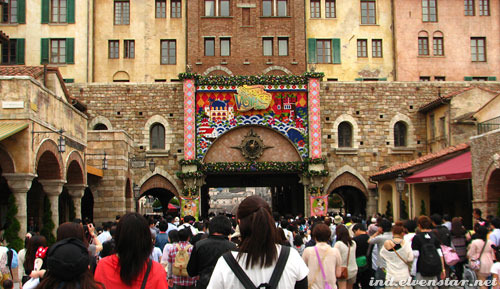 Doesn’t look like Disney, does it? If you want a real, full “Disney” feel, then DisneySea is not the place. It’s known as the “Disneyland for adults”, which I think kind of just makes it less magical. DisneySea’s concept is more… international?

Tokyo DisneySea has an overall nautical exploration theme to it. […] Unlike Tokyo Disneyland, the overall intention was to create a more adult-themed park, including faster, scarier rides and shows designed more for an older audience. […]

I have my quibbles about the “faster, scarier rides” part but we’ll get to that later. What I can say is that there are more restaurants in DisneySea, no parades (though there are shows on the lake, and a couple of other more static shows in a few other spots), the ride concepts are certainly aimed at an older audience, and the park sections are divided along more international lines (Mediterranean Harbour, American Waterfront, Lost River Delta, etc.) rather than fantasy ones (Critter Country, Toon Town, Fantasyland, Adventureland, etc.) 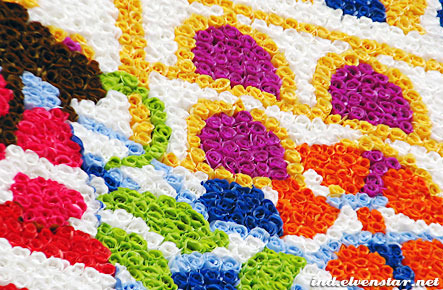 Close-up shot of the flowers that make up the signboard above the arch where you enter. (The sign read “Disney’s Spring Voyage”, which was the spring theme for DisneySea this year. It’s probably a different summer theme now. *wishes to be there now* ) 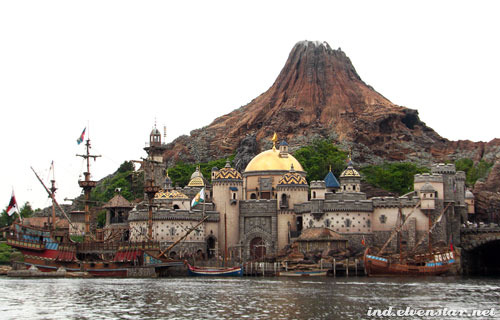 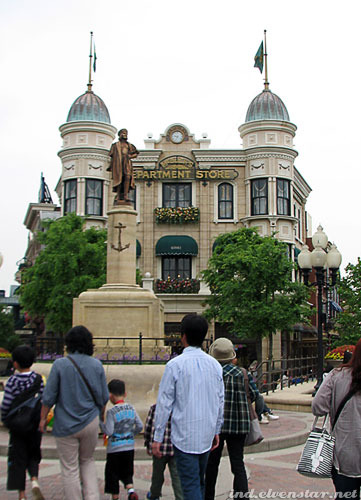 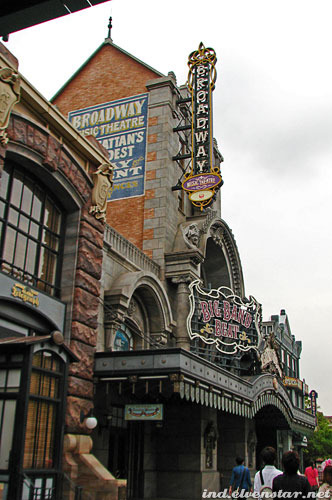 The Broadway Music Theatre, where the show Big Band Beat was staged. I quite liked Big Band Beat, which we caught later in the day. 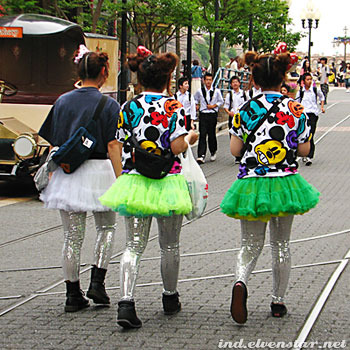 Japan being Japan, there just has to be at least one person (or three) dressed unusually. 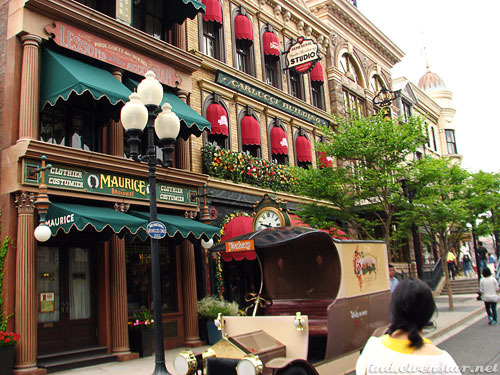 Still strolling around the American Waterfront… If only I hadn’t been in such a hurry to see as much as I could – I could have gotten so many nice photos. Can I go back there next year and spend 4 full days in the Disney parks? 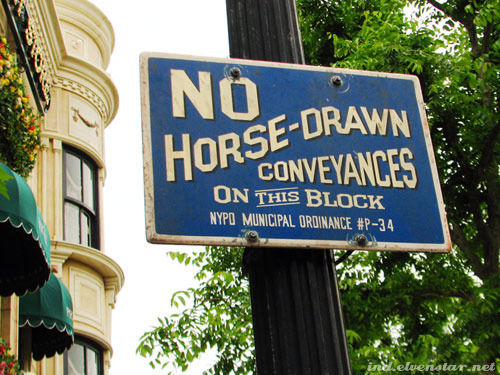 No horses allowed in DisneySea. haha 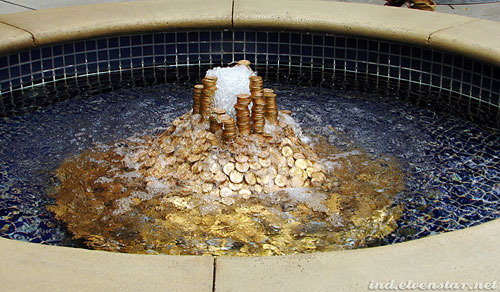 A fountain of money in front of McDuck’s Department Store. 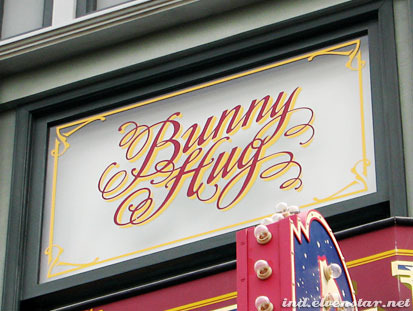 What’s a Bunny Hug? If it’s a hug from a cuddly rabbit, I want one. Or two. Or more. 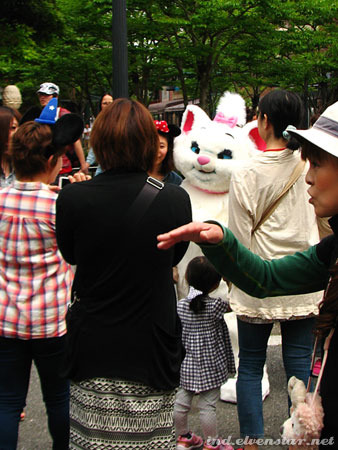 Marie (from Aristocats) taking pictures with people. I saw very few of these meet-and-greet sessions – probably because I didn’t bother noting the appearance times; I was too busy just going round the place. 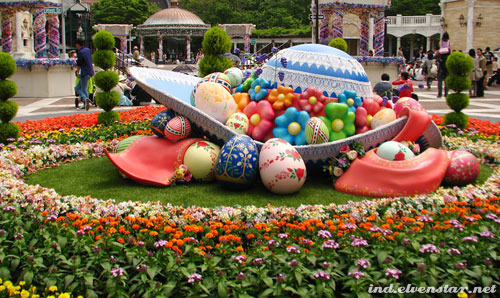 A giant Easter bonnet with Easter eggs. (You may remember this pic from the time I posted briefly while still in Japan…) 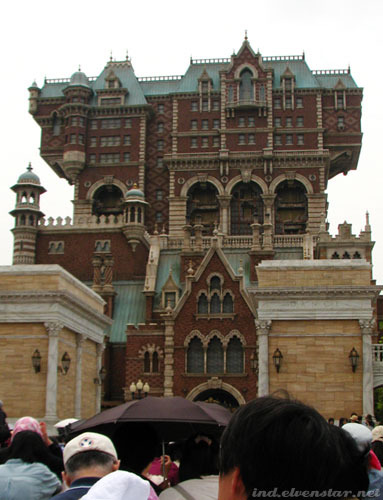 The Tower of Terror. It’s a simple freefall ride: you ride an elevator up and it drops you a couple of times. I didn’t ride it – lack of time, and I prioritised shows and roller coaster-type rides. Snapped this shot while waiting for the “Easter in New York” show.

Ok enough for now. Part 2 to come soon. And Part 3. Maybe part 4 too? I’m not done sifting through all the pictures yet. …Mabye I overdid it. haha