This should have been the Legend of Mythica post (it’s DisneySea’s afternoon show) but I had these in-between pics so I decided to push Mythica to another time and squeeze these in first. 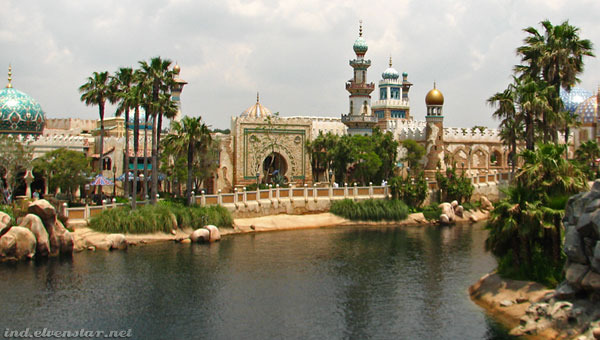 Agrabah? This is the Arabian Coast section. We didn’t do much here either due to time constraints. 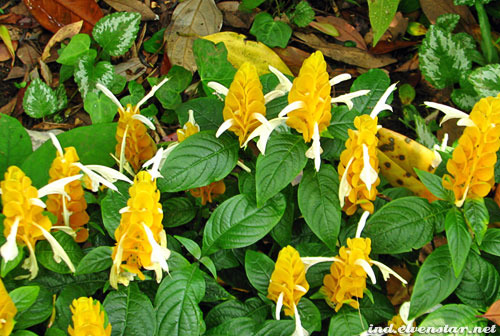 Random orange-yellow flowers by the path for the queue to the Indiana Jones Adventure ride. 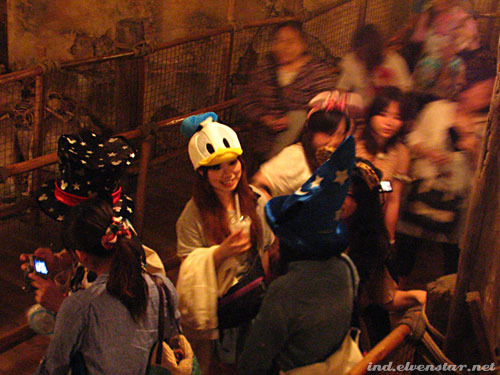 The queue for the Indiana Jones ride was long-ish. 70-odd minutes? At least there were people dressed in funny hats to see. 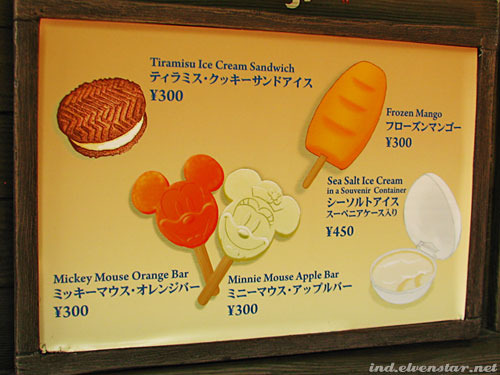 After the ride – which was kind of fun but not quiiite crazy enough for me – we decided to have ice-cream. 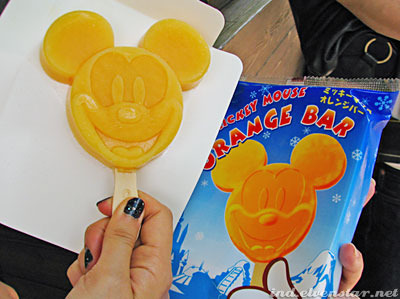 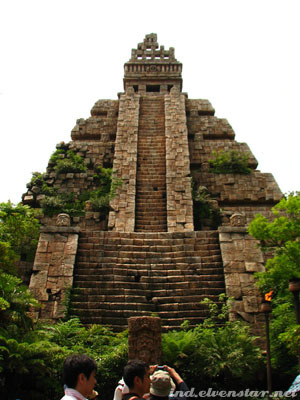 The exterior of the Indy ride. 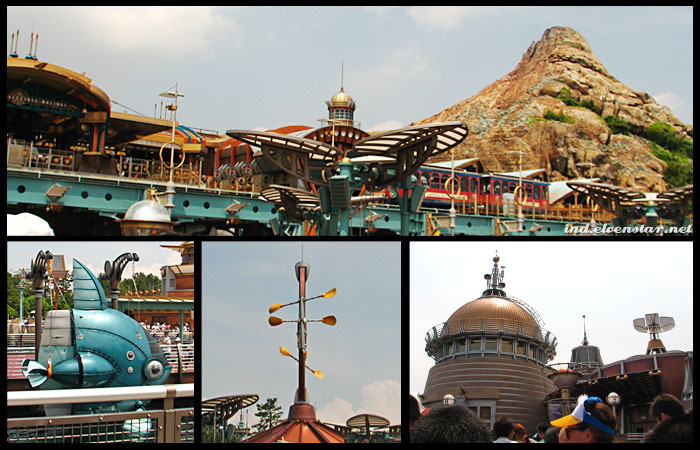 We wandered over to Port Discovery, which was distinctly steampunk in design. Actually, the majority of DisneySea has a strong steampunk aesthetic. Kind of cool in that way.

At Port Discovery we tried the Storm Rider motion simulator (bottom right pic in the collage above is the building which houses Storm Rider), which turned out to be more amusing than I thought it would be. (I did not expect the torpedo would come through the roof and that it would begin raining inside. haha) But I feel this one does require at least a rudimentary understanding of Japanese for full enjoyment, because a little bit of the fun came from the funny dialogue in the ride. 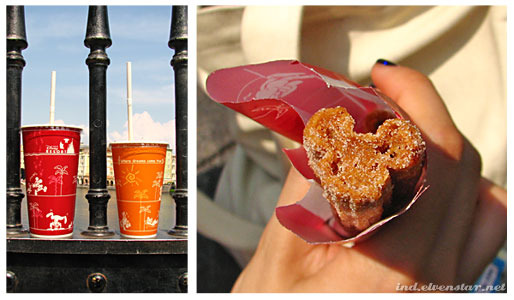 We grabbed a quick lunch snack after Storm Rider and plopped ourselves down near Fortress Explorations, facing the lake at the Mediterranean Harbour, to wait for the Legend of Mythica to start. I think I had pork ribs in black pepper sauce or something. My friend bought churros to eat, which were Mickey-shaped. Cute. haha