What, you thought I was done with DisneySea? Pfft. Part of the view of the Mediterranean Harbour from where we were sitting. It was hot, the sun’s rays bore down on us unmercifully, and I was sure I would end up with a sun burn at the end of the day. We’d later find out that we had a back view of the show but it was still a pretty good view overall (compared to our seats for the Easter in New York show) – right by the railing and unobstructed by people. Close-up of that platform in the middle. It wasn’t there before, but floated out there before the show began. 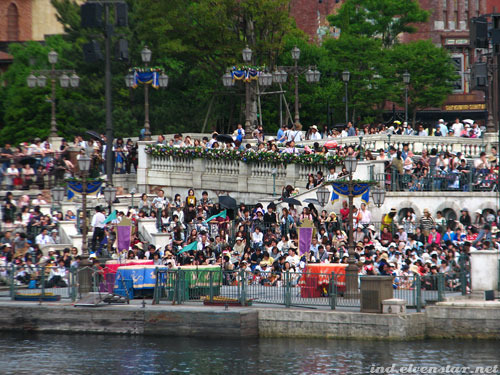 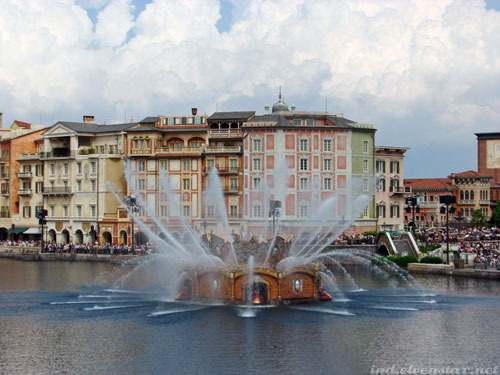 Youtube is great for finding videos like these. A much better angle than I had, and a steadier hand by far (yep, once again I was torn between photos and video so I ended up doing both… which was probably not a smart thing to do).

For a more detailed explanation of the story behind The Legend of Mythica, hop over here. I did look up the show before going to DisneySea – I would say that researching the shows (and rides) is an important thing to do for people who don’t understand Japanese, or who understand very little of it. It helps a lot because then you don’t feel quite as lost or confused when watching the shows. I had an excellent view of the barges as they arrived on the scene, so I got fairly decent pics of nearly every barge. Disney characters later emerge from each one, and each character is the representative of something – e.g. loyalty, imagination, etc. This blue turtle one belonged to Donald Duck, who represents “adventure”, or the spirit of adventure. Hmm, I like the latter more. Will stick with that. Red gryffin (I think) barge, belonging to Minnie Mouse. She represented the spirit of love. 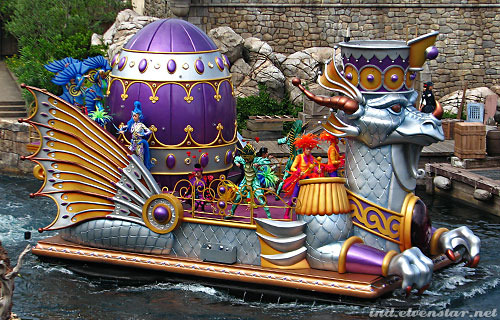 This purple creature-I-can’t-put-a-name-to barge belonged Goofy, who was the spirit of laughter. 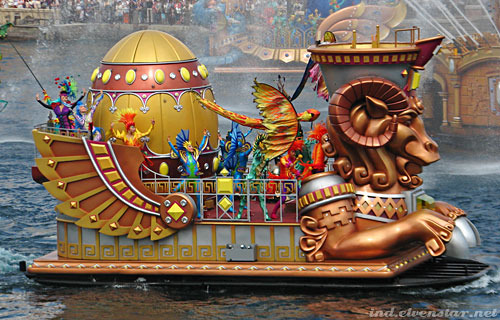 Yellow barge, belonging to Chip and Dale, who were aptly chosen for the spirit of friendship. A close-up of some of the performers on the barges. Crazy costumes, yet totally acceptable because hey, this is DisneySea. 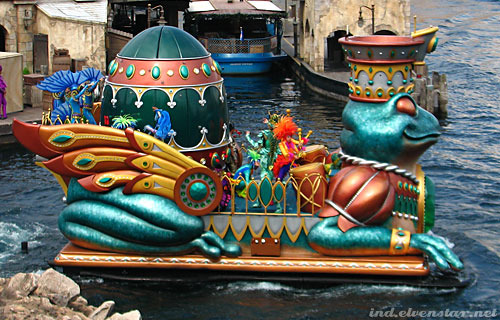 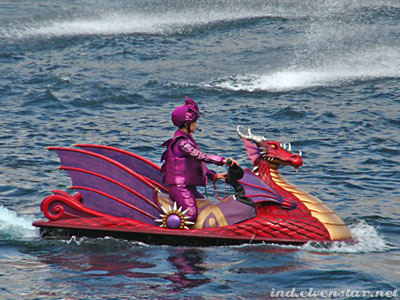 One of the jet skis. 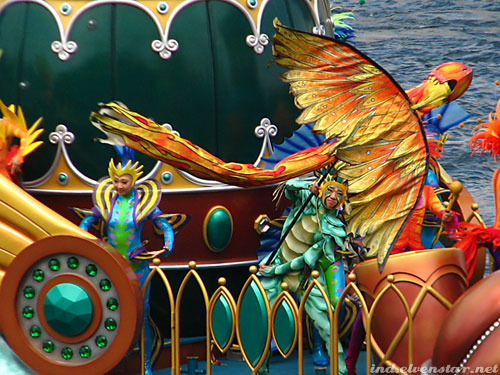 Bird-puppets twirled around by the performers. 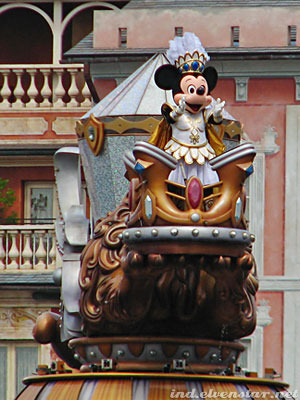 Mickey appeared on the main barge. He represented the spirit of imagination. 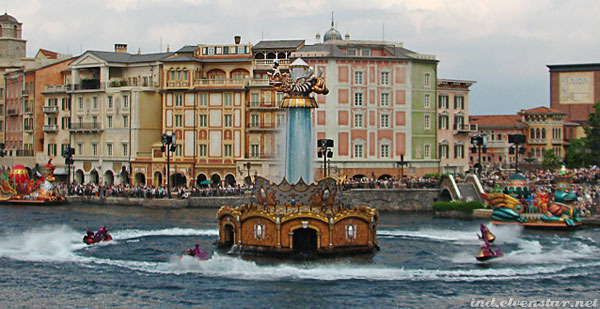 From where I stood we could see them getting these other two-person jet skis ready for the next item, which appeared to be kites. 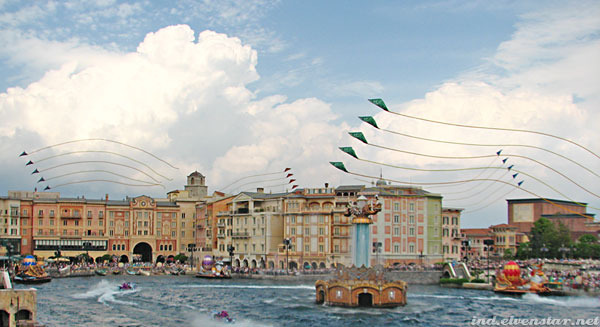 It really was kinda cool to see the kites flying about like that. 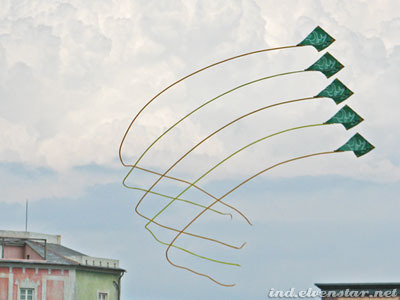 The multiple kites with the long tails made pretty patterns in the sky. 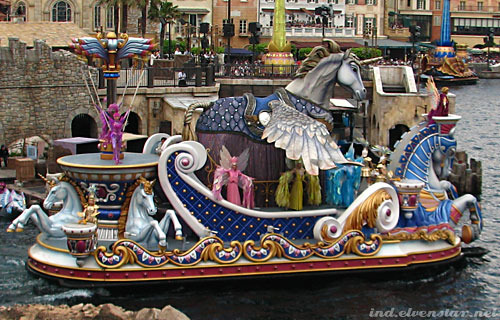 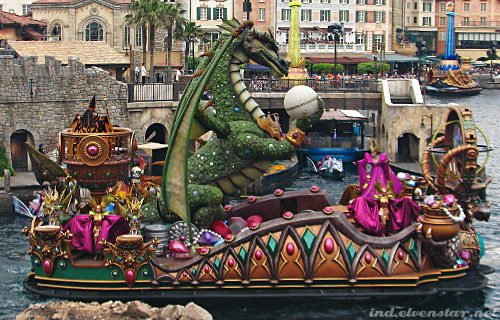 This one featured a dragon, clearly. 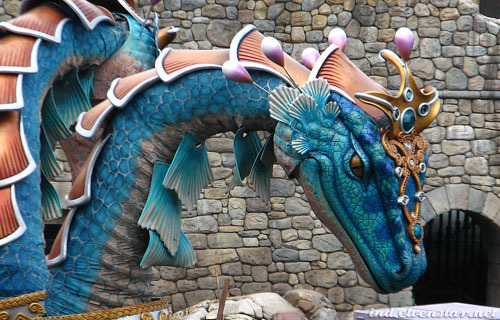 This one had a three-headed Hydra. 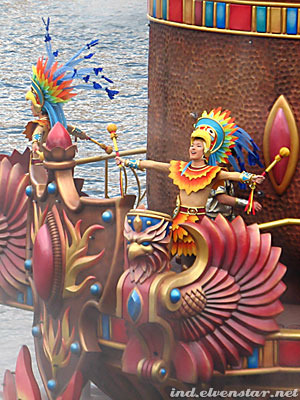 Drummers on one of the barges. Another view of the dragon, which was very elaborately dressed. haha I’m not sure if this is supposed to be a phoenix. Maybe it is? At one point, the giant eggs on each of the main character barges open up and a platform rises, bearing a fairy. (I’m not sure if I should call them fairy or goddess… Sometimes I think they look more like fairies, sometimes more like goddesses. But maybe that doesn’t matter since fairies and goddesses are both mythical beings.) Donald of the adventurer’s spirit! 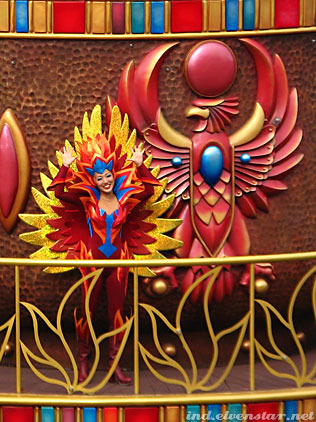 I was just amused by how this performer’s outfit and pose mirrored the image of the bird behind her. 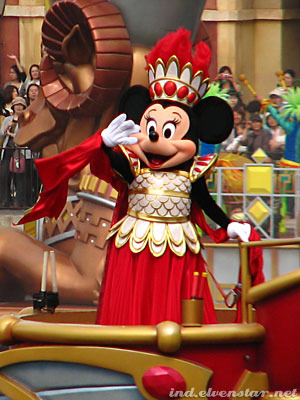 Minnie, representing Love. I think the characters were well-matched with their specific “spirit” – Goofy for laughter, Pluto for loyalty, Chip and Dale for friendship, Donald for adventure, and Mickey for imagination, as well as Minnie for love.

The show didn’t have the “up close and personal” feel the Disneyland parades have because you obviously can’t get quite as close to the barges and performers as you can with the parades where you’re within a foot of the dancers sometimes. At some parts around the Harbour, there are performers on the ground dancing but they don’t move around as the parade performers do.

Nevertheless, Legend of Mythica was enjoyable to watch. I liked looking at their elaborate costumes and barges. The music was quite fun too.