(A small break from Disney.) 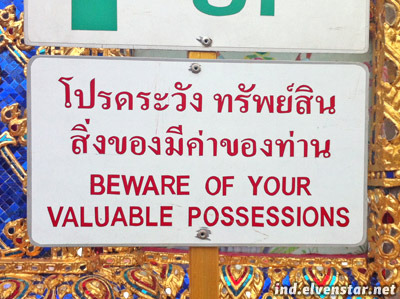 Beware of your valuable possessions. They will eat you if you’re not careful.

The Grand Palace in Bangkok was kinda boring for me because:

I only took 2 photos at the Grand Palace – the one you see above, and another one of some amusing monkey statues amidst some bushes.