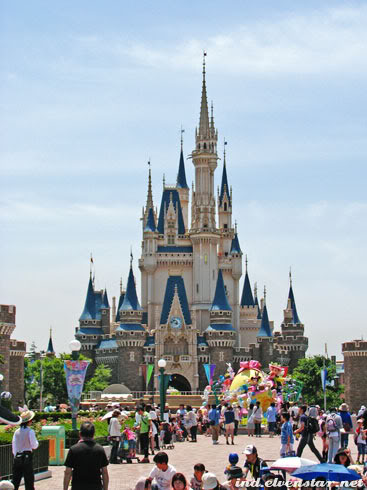 I had intended to wake up early (that is, before 7) and get to Disneyland early.

I ended up waking at around 9am. But as I was on my own… there was no real rush. I ate my breakfast (onigiri and buns from the convenience store that I’d bought the night before) and eventually made my way down to Tokyo Station.

Tokyo Station is huge. From the North side, where I entered, it took more than 5 minutes to get down to the platform for the trains headed to Maihama. Maybe it took 10 minutes – I’m not sure, I didn’t keep track of the time as I was concentrating on just going in the right direction. The platform is quite deep down, and it appeared to me to be in an older section of Tokyo Station, judging by the wall and floor tiles. I got worried at one point because there seemed to be less people around (compared to the busier parts of the station), and I began to wonder if I’d gone in the wrong direction. But then I noticed that there were quite a number of parents with children going in the same direction as me. That was a comforting sign. haha

The trip from Tokyo Station to Disneyland was easy – no changes required. I think it took about 20 minutes. That’s a huge difference compared to my trip to DisneySea, which took much, much longer as I started out from Nagareyama Ootakanomori. 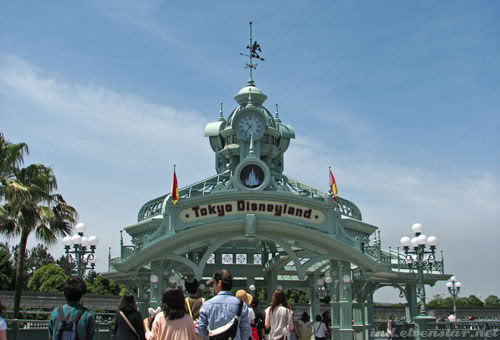 Once there, I didn’t take the Disney rail. I walked there instead since it was near enough. (The DisneySea entrance was nearby too. Dunno why we didn’t just walk there from the station. haha But I got to see the train with Mickey windows and Mickey hand rails that way so it’s all good.) Above is a little arch that you pass through when walking to Disneyland; it isn’t the main entrance. 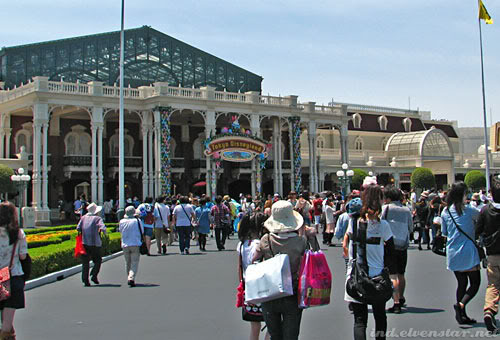 Disneyland entrance! (After you go through the ticket booths.) “Once Upon a Dream” from Sleeping Beauty was in the air when I arrived. It made me both happy and sad. Happy because “YES, I’M AT DISNEYLAND” and sad because “I’m at Disneyland. Alone.” Complicated feelings. A few Disney characters were standing around and people were taking photos with them. But no princesses.

I wanted to see the Disney princesses and princes. And others like Peter Pan and Alice. I’m not quite as keen on those where they wear masks and full-body suits and such. 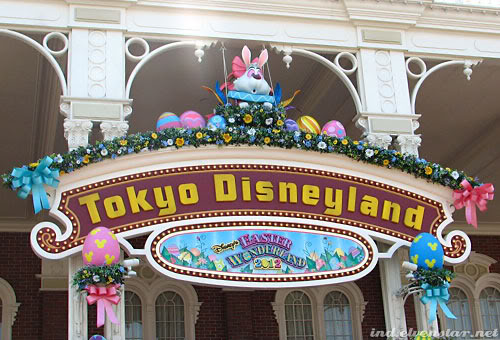 The signboard was all decked out for their Easter Wonderland spring theme. 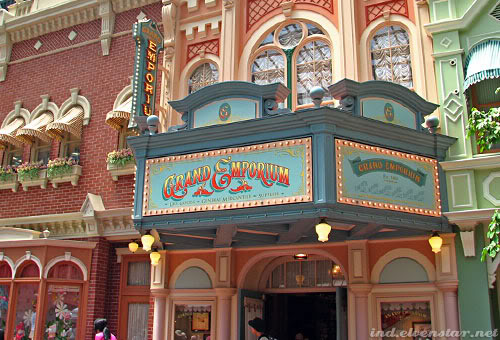 When you go in, you pass through the World Bazaar first. Shops and some foodstuff. But all look so pretty. *feast for the eyes* 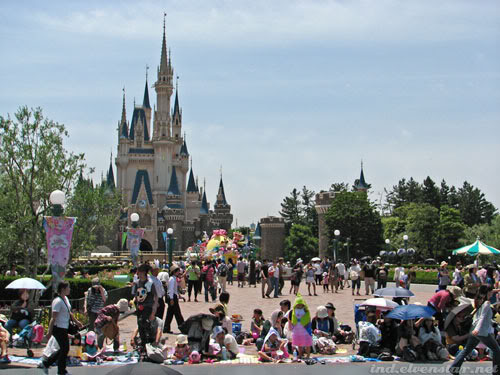 … such as Cinderella’s Castle. All those people are sitting down by the road because it was nearing 11am and the Easter Parade was to begin in… well, I don’t remember the exact time now but I figure I sat around waiting for at least 15 minutes so it was probably about 10.30am or so when I arrived?

Random Disney trivia: The castles are not all the same. The main castle at Disneyland Anaheim, Disneyland Paris and Hongkong Disneyland is Sleeping Beauty’s Castle. In Tokyo Disneyland and Disneyworld, it’s Cinderella’s Castle. (And if you ask me, looking at pictures of both castles, I think Tokyo and Florida got the prettier castle.) 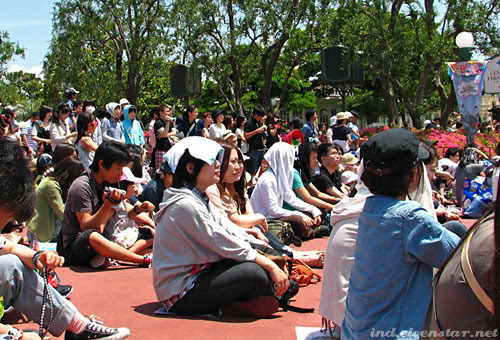 As you may have noticed, it was a real hot sunny day. Blazing hot. I was convinced I’d be sunburnt at the end of the day. (Surprisingly, I wasn’t.)

I was very much amused by how the “prelude” to the parade with part of a song by Judy Garland from the movie Easter Parade. When the actual parade music began, it was just as amusing to me that the opening words of the music were “Bunny hop hop bunny hop hop bunny.”

I didn’t take pictures of this parade because I decided that I didn’t have a good enough vantage point for it, especially given the rule of not raising your camera over your heard. I took videos, but they turned out so shaky that I have to resort to using other people’s videos to show you what the parade was like:

Yep. I was in Disneyland at the right time, given my recent obsession with cute bunnies. 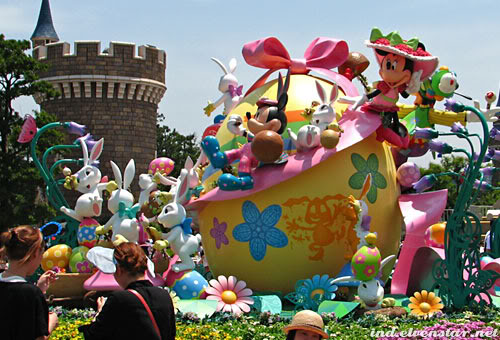 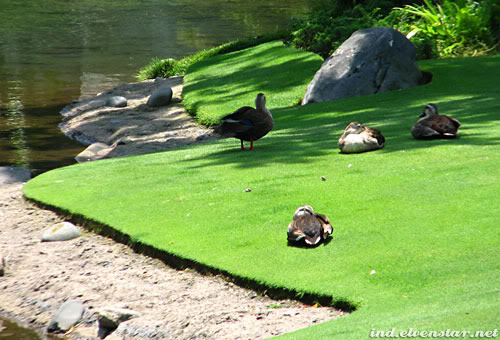 Ducks live in Disneyland? Lucky things. I wonder if there are ducks named Donald, Daisy, Huey, Dewey, Louie and Scrooge. 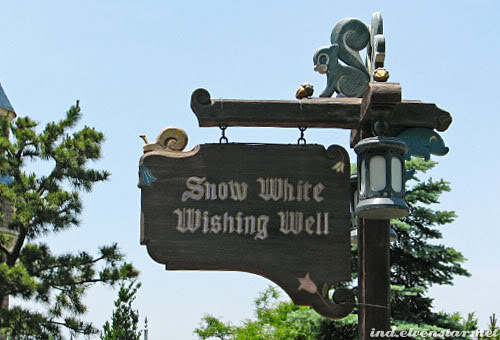 The signboard for Snow White’s Wishing Well. I like the cute squirrel and snail. I really do think that Disneyland has so much more in the way of adorable details than DisneySea does. A little waterfall facing the wishing well. It came complete with a statue of Snow White and some woodland friends (a fawn, a bunny and a squirrel), and several egg-shaped dwarves. There were lots of these egg-shaped characters all around the park. Suits the Easter theme I guess. A closer look at one of the dwarves and the woodland creatures. 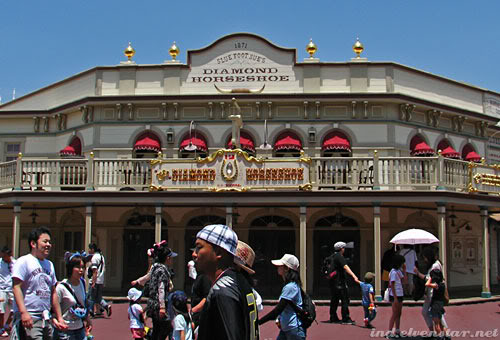 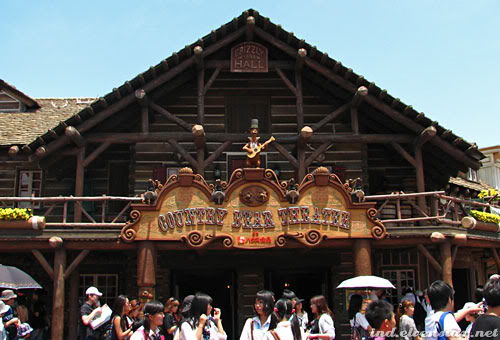 Still Westernland. I’d opted to walk anti-clockwise round the park. If I’d gone in the other direction I would have seen Tomorrowland first. Big Thunder Mountain! I contemplated riding this, but the long wait scared me off. 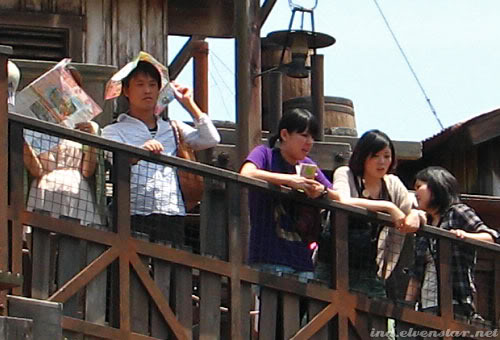 Look at the poor souls standing in line, being roasted by the sun.

I did consider other rides, but the wait was just too long. I rather badly wanted to try Splash Mountain but believe it or not, the wait time was nearly 3 hours. No way I was standing in line for 3 hours, especially on my own. I wanted to try getting a fast pass for some rides but so many rides had already run out of the passes. Unbelieveable. It was just about noon and already all the fast pass slots until night were taken? I thought, “Japan, it’s Monday and you’re supposed to be at work or at school. WHY ARE ALL YOU PEOPLE IN DISNEYLAND?”

So I just decided to wander around until the next big item (the Jubilation Parade at 2pm). I think I passed Critter Country and went straight to Fantasyland. Lots of Alice in Wonderland-esque designs there. 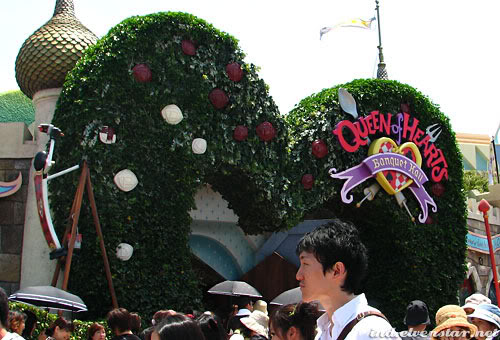 The Queen of Hearts has a banquet hall there. 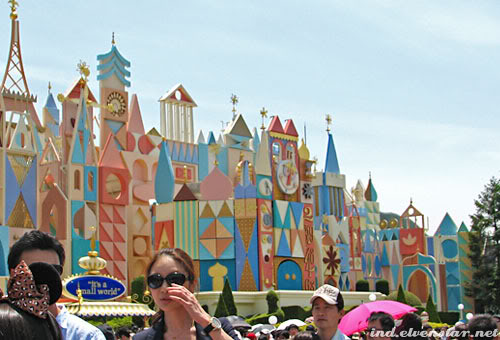 The “It’s a Small World” ride! Wait time: almost 2 hours. o_o Seriously. Did a quarter of Tokyo not need to work that day? 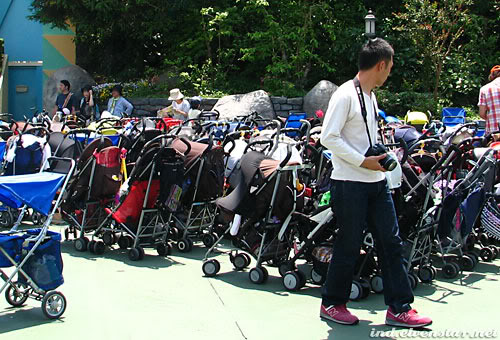 This one was outside the Small World ride but there were plenty of other such spots at various rides. Parents who wanted to take their kids on the ride had to put the prams on one side before queuing up. They were really neatly-arranged too… 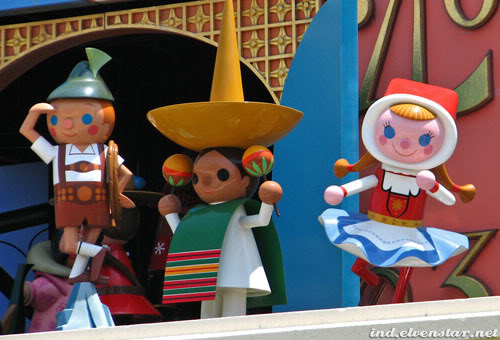 I happened to pass by when it was time for the little dolls to come out to signal the time. It was probably about 12 noon then. 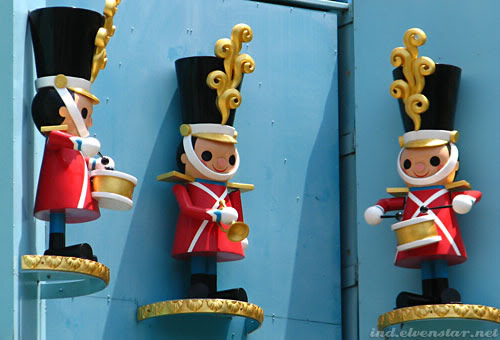 I love how appealing the doll designs are. Wonderful illusion of depth and distance effect on this. 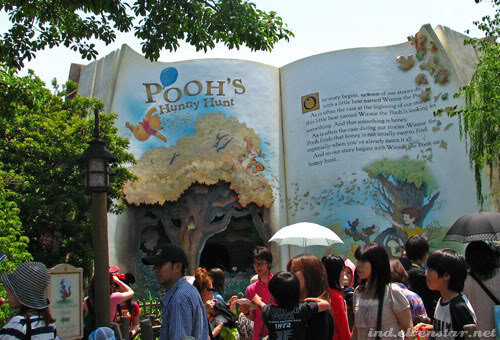 Pooh’s Hunny Hunt. I didn’t go in, but the giant book was cool. (Wait time for this was about 100 minutes I think. Yikes.)