Or: The Jubilation! Parade 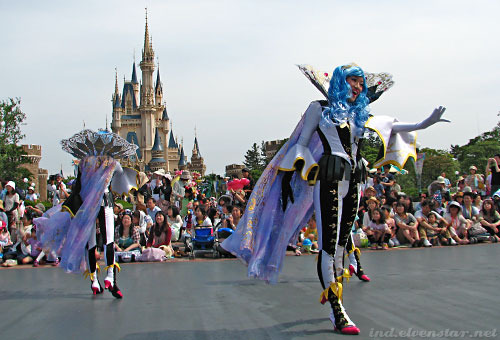 The dancers that open the Jubilation! parade (which is only performed once a day – the Easter Wonderland parade is performed twice a day). Jubilation! was originally performed in 2008 as the 25th anniversary special, and has continued until now with minor alterations.

I’m not sure if anyone actually bothers to watch the links I put up, but here’s a video I found of the parade:

I do quite like the music used in this parade  (i.e. the music in the first 2.5 mins of that vid; just keeps repeating throughout). 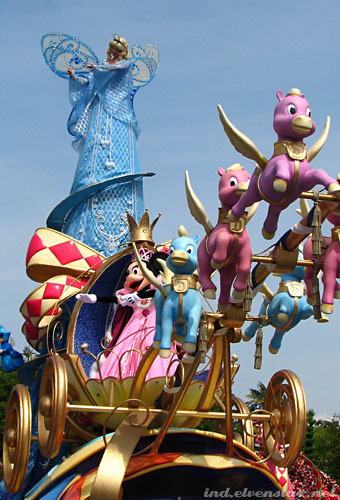 First float with the Blue Fairy and Minnie. 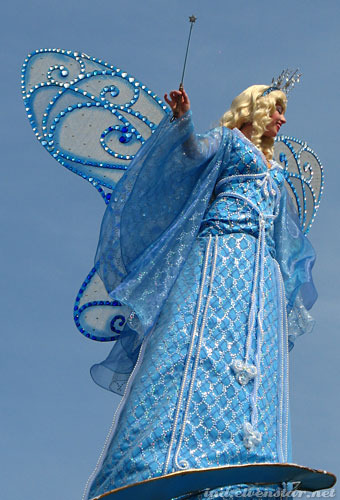 A closer look at the Blue Fairy. Queen Minnie in a carriage that looks a bit like Cinderella’s pumpkin carriage. 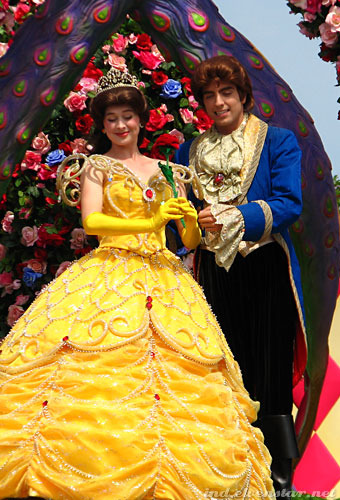 The Princesses float (or “unit”, as it is term on Wikipedia) features Belle and Prince Adam (both of whom happened to blink as I snapped this pic *sighs* )… 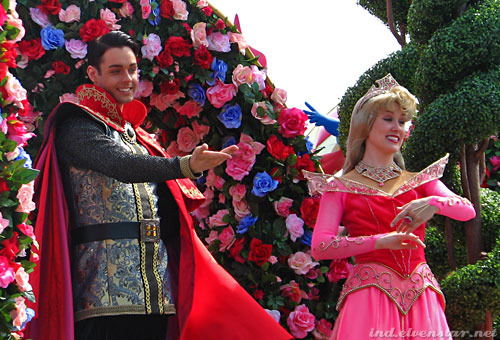 … and Aurora and Philip. Philip was quite good-looking.

(Cy and I have joked before that since real princes are in such short supply, perhaps the best we can do is find a guy who plays/played a Disney prince in Disneyland. haha) 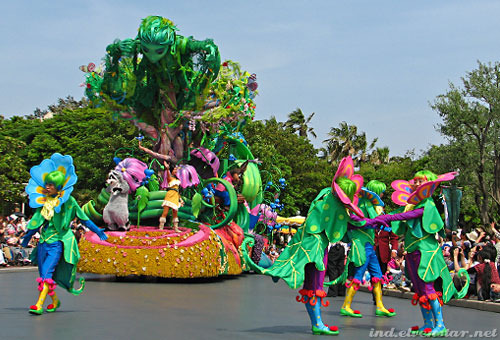 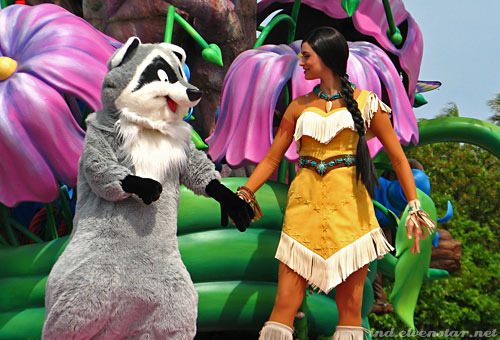 Pocahontas and Meeko, for instance. Tigger (and the other Hundred Acre Wood inhabitants) too. 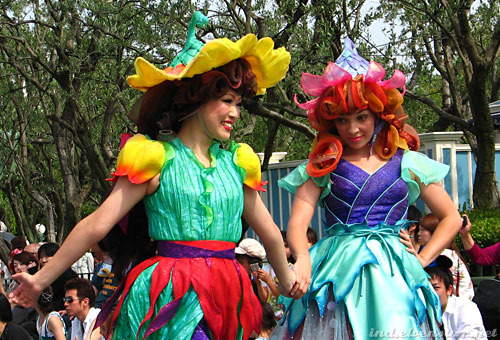 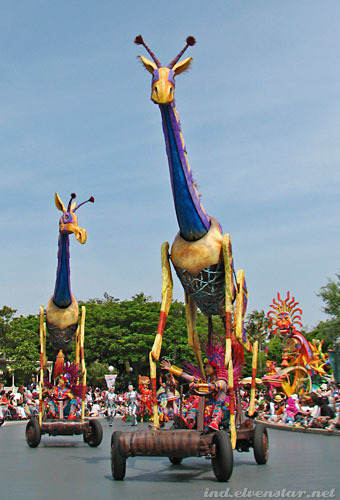 Mechanical giraffes on wheels herald the approach of the Jungle Safari float. 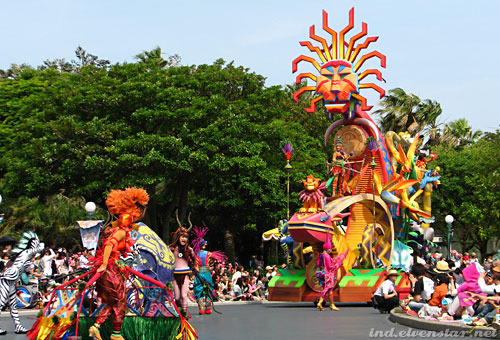 *hears refrains of “Circle of Life” in head* 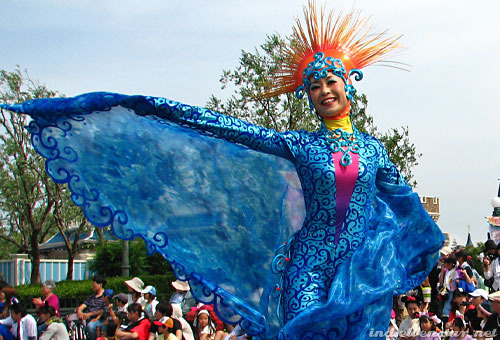 One of the dancers with the Jungle Safari unit. 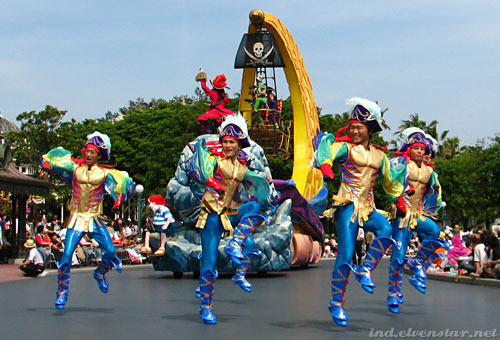 The Pirate Moon float with dancing pirates(?) in front. 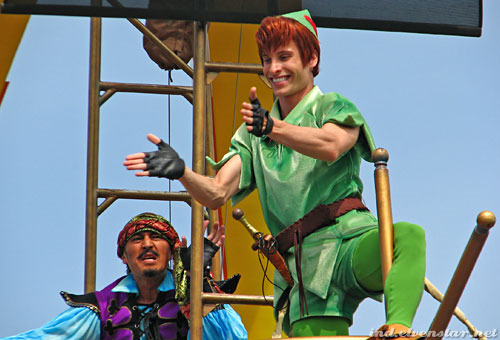 Peter Pan! Hmm, why the gloves, Peter? The expression of the pirate behind him is rather funny. hahaha 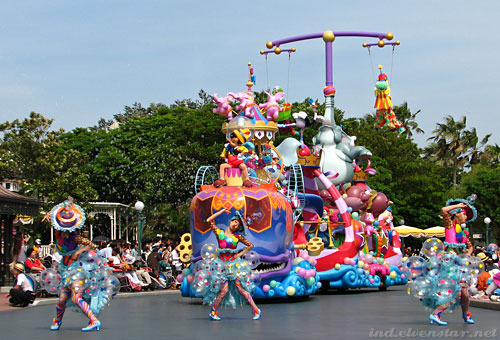 According to the Wiki entry on Jubilation! this is the “Bubbles” unit. I just thought of it as “the gaudy Circus float.” Yeah. I wasn’t fond of this one at all. The design of the float and the dancers’ costumes were just… not to my taste. “Pixar Pals” floats arrive on the scene. I have to say this: Pixar’s movies are great, but they don’t make for parade floats that are anywhere near as magical or fascinating as Disney’s 2D characters/movies do. 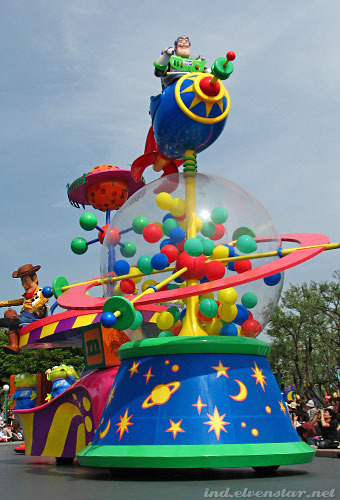 “To infinity… and beyond!”

Toy Story floats aren’t too bad but still a step lower than, say, floats based on the Princess movies or Peter Pan and such. 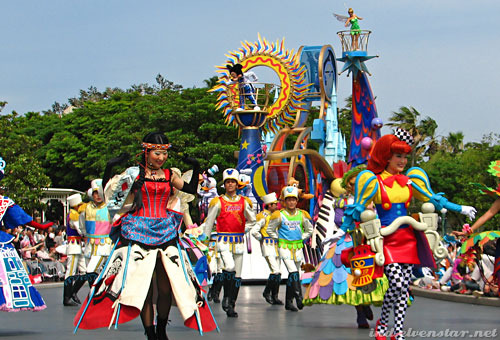 The Finale unit. In this one the dancers preceding the float are dressed to represent the different parts of Disneyland. The guys wear vests with the names emblazoned on them and the girls have more distinctly-theme outfits. 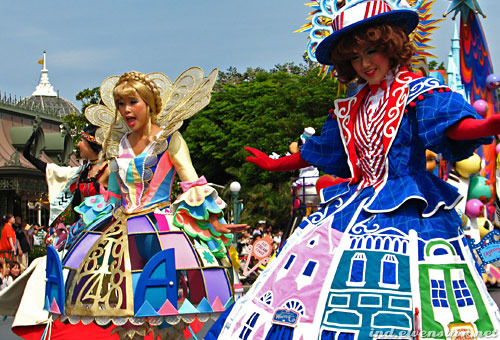 I think the girl on the left is perhaps “Fantasyland” and the one on the right is “World Bazaar”? 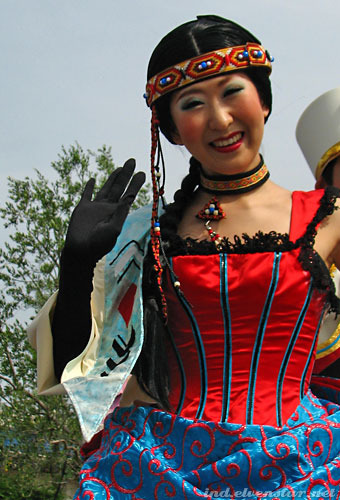 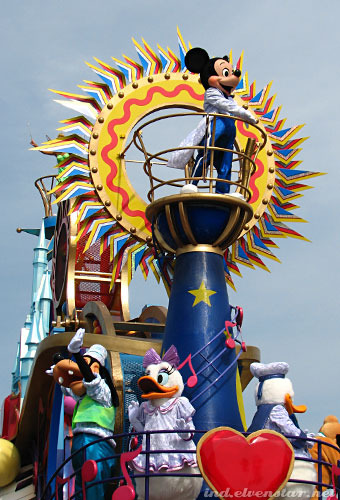 Mickey and friends close the parade… 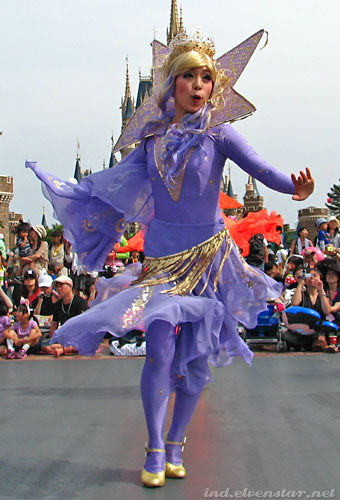 … accompanied by dancers dressed in pretty outfits in various colours with gold trim and star collars. Wait a minute. *stares at pic* Her hair matches her outfit. Huh. I didn’t realise that before. hahah

I shall try and finish off all my Disneyland posts soon. Perhaps another 2, 3 more? Hopefully no one’s bored by all this Disney-mania. =)