Last Disney post. Ye-ah. I’m just trying to get this all done as soon as I can…

I grabbed a snack for dinner and went to find a place to sit down more than an hour before the parade. Guess what? The best spots were already gone. Were those people sitting there from two, three hours before? I have no idea.

Since I couldn’t get the same spot I had in the afternoon for the Jubilation parade, I settled for next best thing – right opposite that. 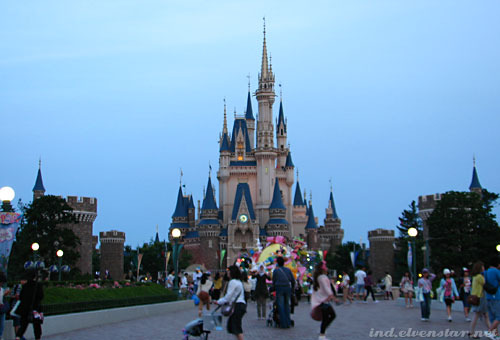 The castle was right behind me. 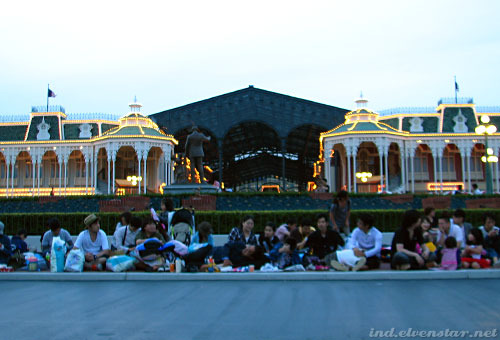 But this was my actual view – the World Bazaar… and all the people who got there much earlier and stole the best spots. :/ The darker it got, the more lights came on and Disneyland takes on a different look. 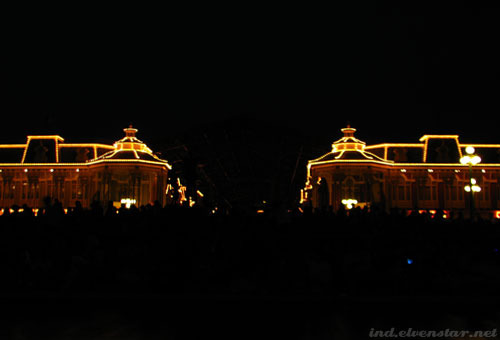 Then poof, out go (nearly all) the lights in anticipation of the Electrical parade. 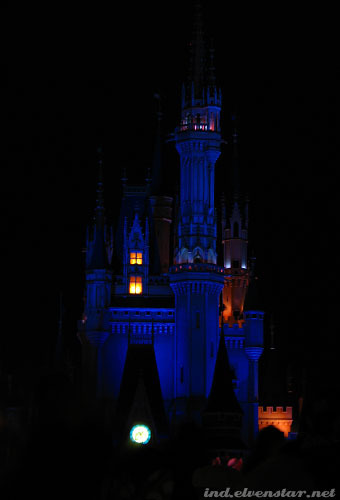 Even the castle lights go out. The Blue Fairy leads the parade. So pretty~ The train follows the Blue Fairy… … and announces that this is the Tokyo Disneyland Electrical Parade! Alice makes an appearance sitting on the back of the Cheshire Cat. 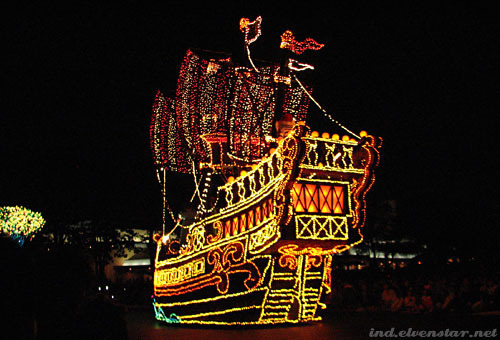 Peter Pan and Wendy and Hook show up too on the ship (of which I unfortunately couldn’t get a good front view picture). 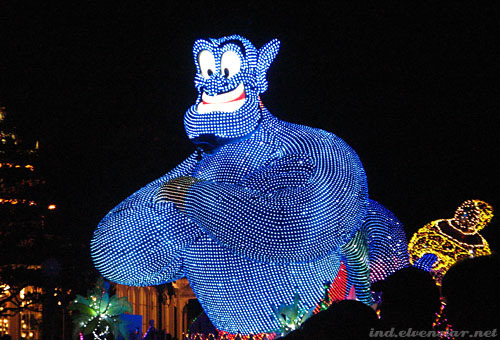 Genie has many guises, including “Tigger”, “Donald” and “Mr. Incredible.” haha 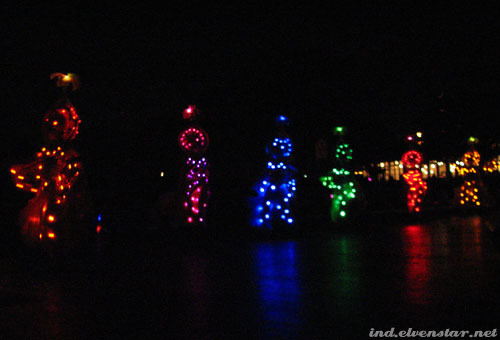 The dancers are decked in lights too. 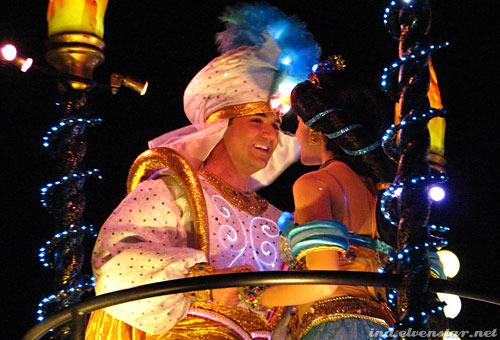 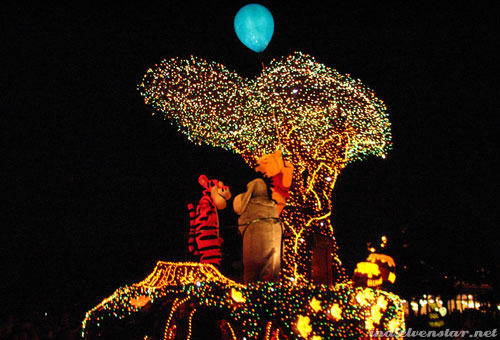 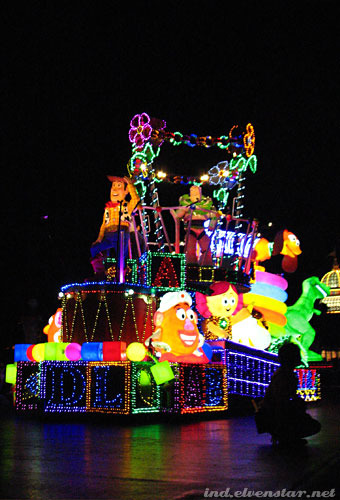 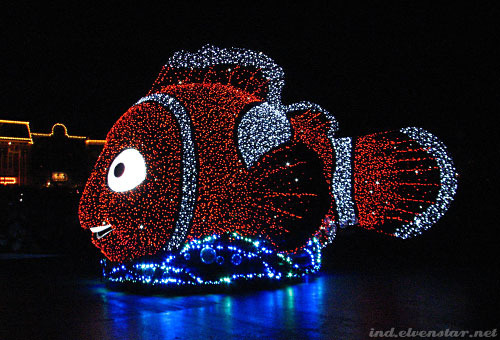 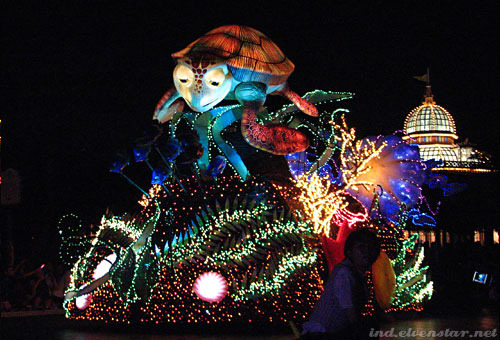 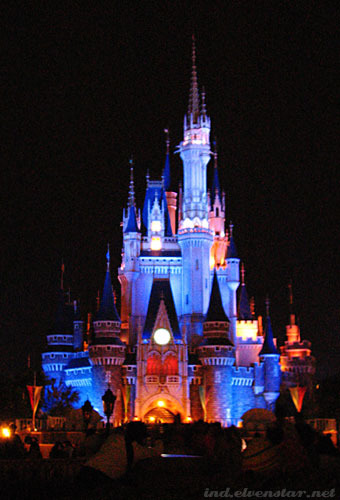 After the parade, the lights come back on and the castle is now bathed in magical blue and gold light. 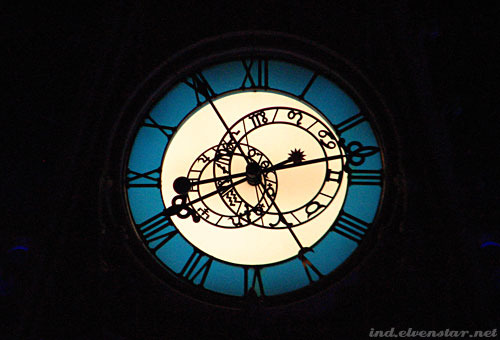 It was just after 8. And the fireworks show was cancelled too due to weather conditions. *disappointed*

I decided that since I’d come all the way to Disneyland, I was going to get on at least one ride. So the minute they announced that the fireworks show was cancelled, I made a beeline for Big Thunder Mountain and found that the waiting time was a mere 40 minutes. So I got in line and waited. This was the view from the top of the long ramp up to Big Thunder Mountain.

I think there were significantly less people in line at that time because most had either left after the Electrical Parade or they were all still loitering around the parade route. Shortly after I joined the line, the queue behind me lengthened incredibly. Luckily I got there when the wait was just 40 minutes. haha

As for the ride… It was fun!! A real rollercoaster from the get-go. Twists and turns and drops. And because two of the Big Thunder Mountain trains run simultaneously but on different tracks, there’s a point where they “meet” – both trains whoosh past each other, but in opposite directions. Kinda cool. I wish I had time to go a second round.

Stopped for a proper dinner of curry and rice at one of the Westernland restaurants. It was gooood. After that I decided that it was time to head home, being close to 10pm. Snapped a few pictures of Walt’s statue with the castle in the background. Pics didn’t turn out great but I just thought I’d include one here – a tribute to the guy who started it all. Bye, Disneyland, and thanks for a good time!

(…Now I am done talking about Disneyland. If you very kindly read all 7 Disney posts, then I applaud your patience and I very much appreciate the effort.

Next up, final day in Japan: Tokyo Sea Life Park.