We spent five nights in Freiburg, Germany. It’s just a small town so there isn’t much to see there. Ended up mostly doing day trips out to various places – Zurich, Strasbourg, Titisee. And one day we just lazed around in Freiburg because it was too darned cold.

I did the most wandering on the morning of Day 3 in Freiburg, before we headed to Titisee. This view greeted me in the morning: 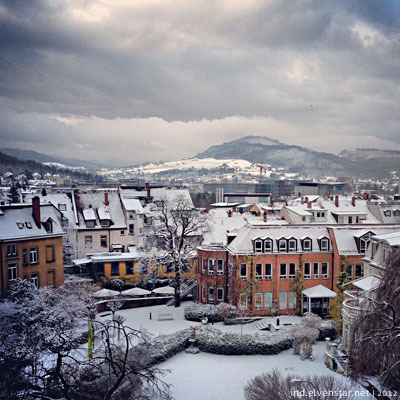 I’m really proud of this picture because it’s not every day that someone tells me this is one of the nicest photos they’ve ever seen. 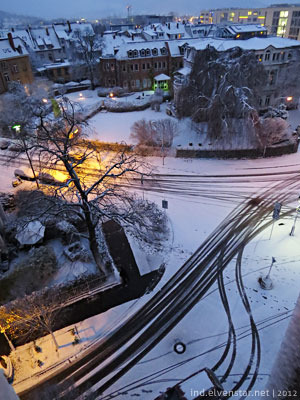 Looking down from my hotel window instead of straight ahead, I saw this. Lots of snow. This photo was taken before the picture above, so it’s darker.  The yellows of the street lamps and the blue of the snow in early morning light is an interesting combination. 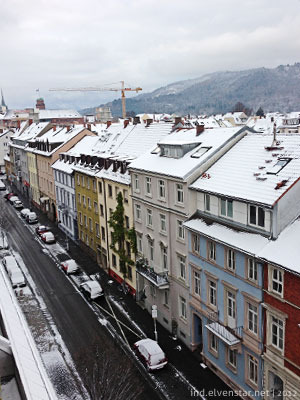 Those buildings are rather colourful. 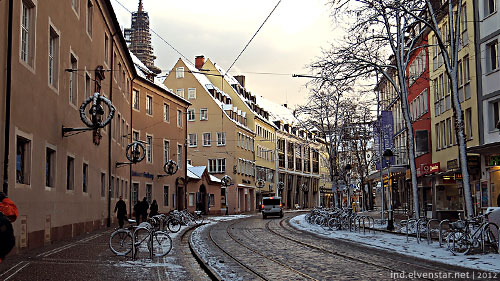 Walkin’ down the empty-ish streets on a Sunday morning. 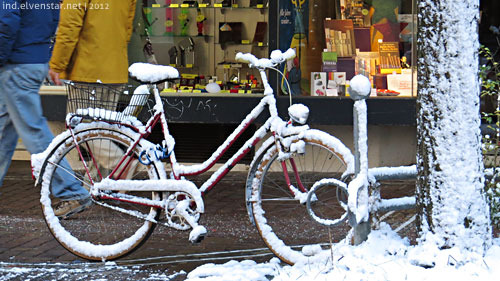 Clearly it snowed a lot during the night. When I woke up and saw all the snow, my first thought was, “Oooh, pretty!” Then I whipped out my camera and took pictures. My second thought was: “Oh great. I’ve got to walk around in all that cold, slippery snow.” 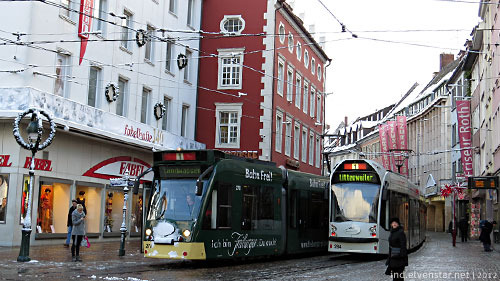 Trams in the town. 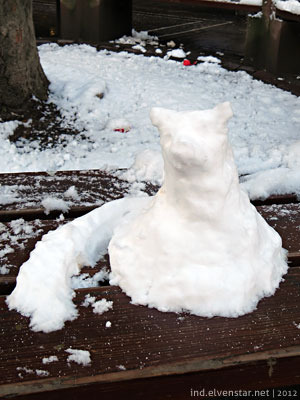 Someone made little snow animals on the bench. 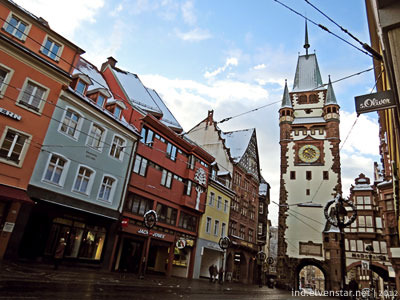 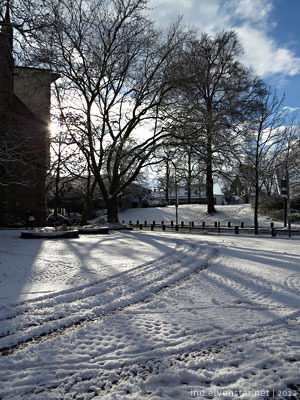 I like the slight sun flare and the lines the shadows make on the ground. 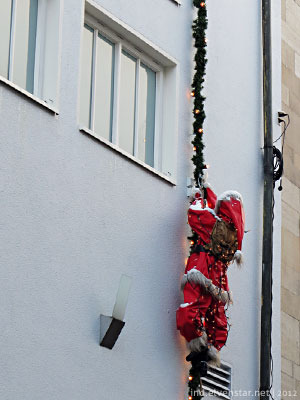 Santa doesn’t jump down chimneys. He climbs up tinsel on walls. 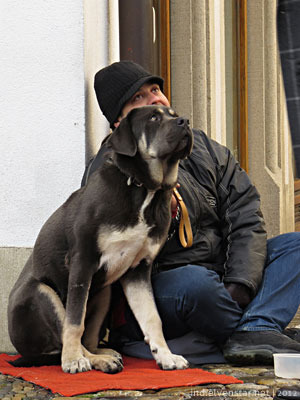 A guy and his dog. Begging for money.
I was going to say “a homeless guy” but then… well, he looks way too well-dressed to really be homeless or seriously poor. His dog looks quite healthy and well-fed too. 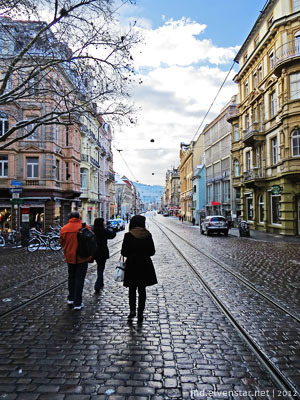 Down another road… Really, the buildings are so colourful – all light, pastel colours. 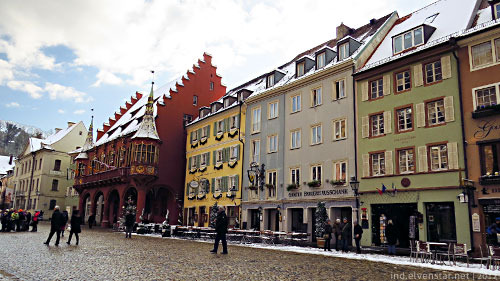 These were rather brighter and bolder in colour. 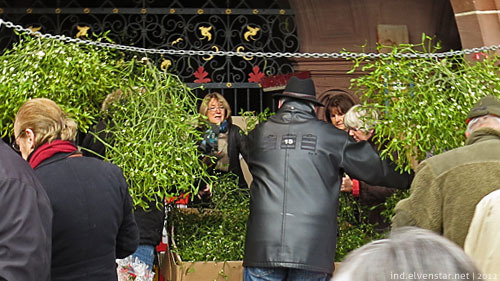 There was a Christmas market in town. I’m guessing those green bunches are mistletoe. 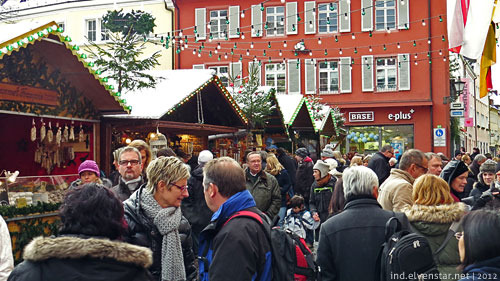 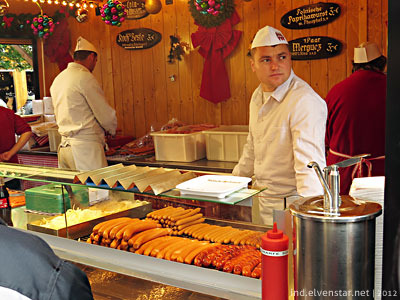 The sausages were pretty good. *feels hungry* My dad was very happy that they even had chilli sauce here – a rarity in Europe! haha