Steph and I flew to Wellington on Day 3 of my trip. 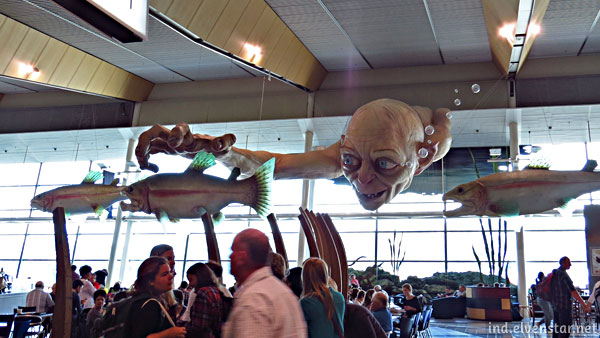 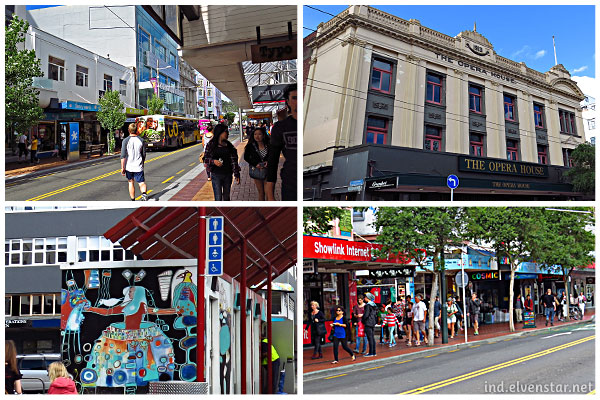 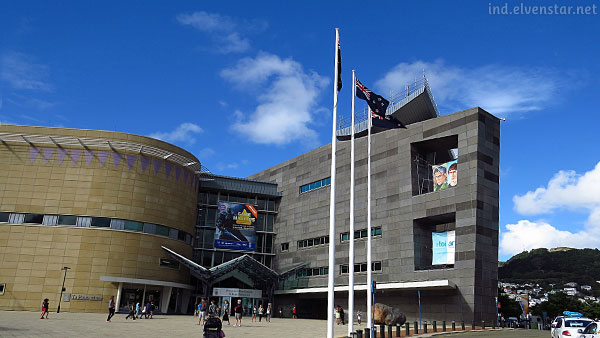 The Te Papa museum was our main objective of the day. 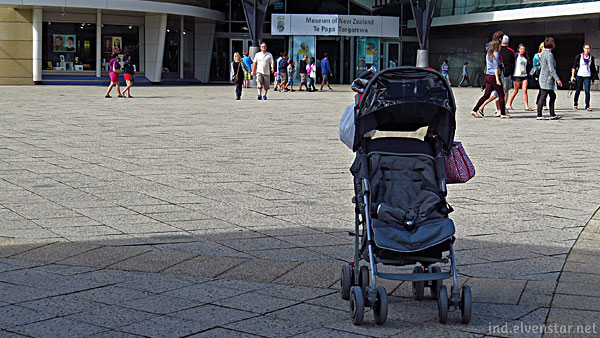 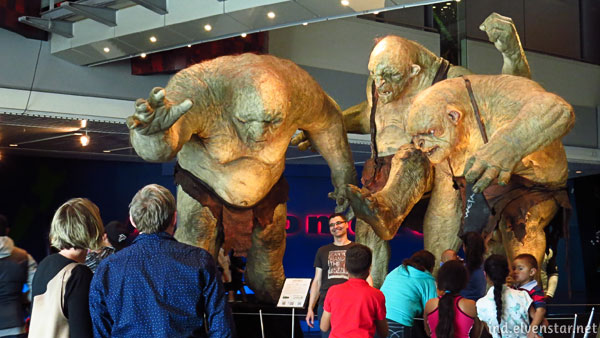 The three trolls of The Hobbit, as seen when you enter the museum. 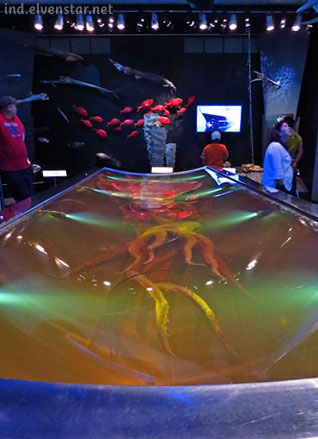 The colossal squid! I hated this curved display case though. I think the curvature of the glass made for a distorted view and also made it more difficult to look at. 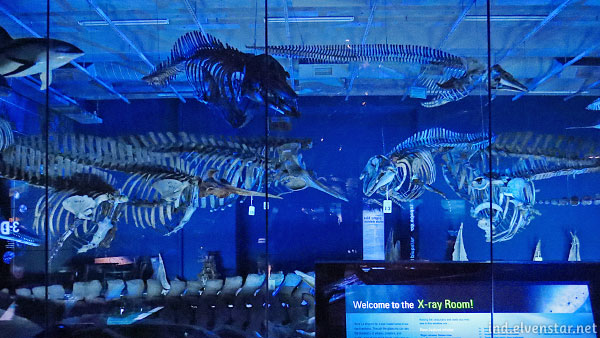 This “X-ray Room” was next to the colossal squid.  Interesting to see the cast skeletons of various whales and dolphins but when you can’t get up close it does lose a bit of the charm. 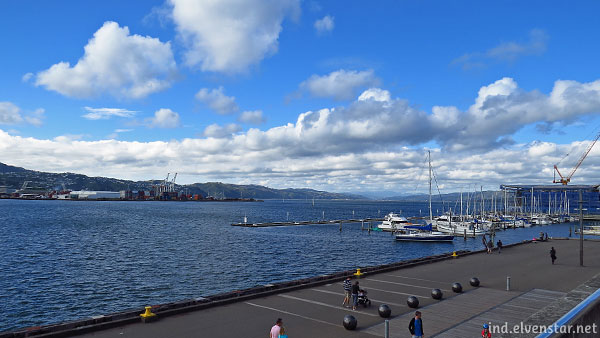 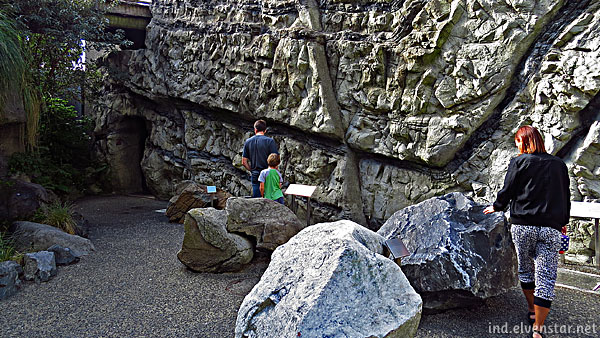 This little space had different boulders sitting around with labels telling you what sort of rock they are. There was a… talc rock? Yes, I think that’s it. There was a talc rock and if you scratched it you’d get bits of white powder on your finger – the white powder is talcum powder. That was kinda interesting. A sandbox for kids to play in. It had a fake ichtyosaur skeleton in it  so kids could play at being little paleontologists. haha 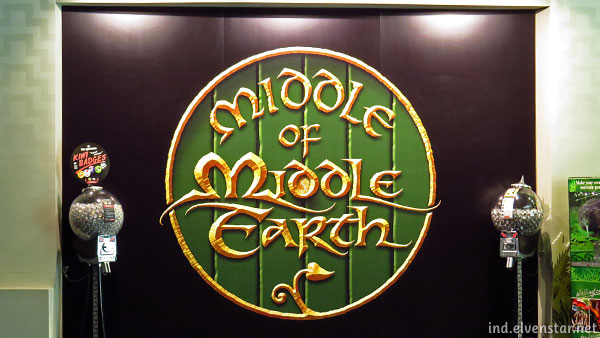 The museum would like to remind you that Wellington is the middle of Middle-earth. 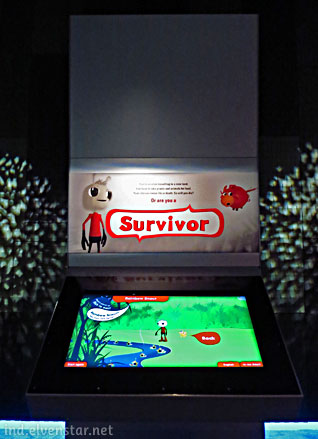 This game was fun. It’s obviously meant for kids but we had a go at it and found it amusing. You play the part of an alien who lands on a planet and tries to colonize the place. You get to pick three native flora or fauna from your home planet to take with you. Then the game will tell you your survival rate depending on what you chose – you might barely survive, do ok, or live in luxury. (I can’t remember the exact wordings, but it’s something like that anyway. hahah) We tried a few times before finding what we deemed the best possible combination of creatures and plants. hahah 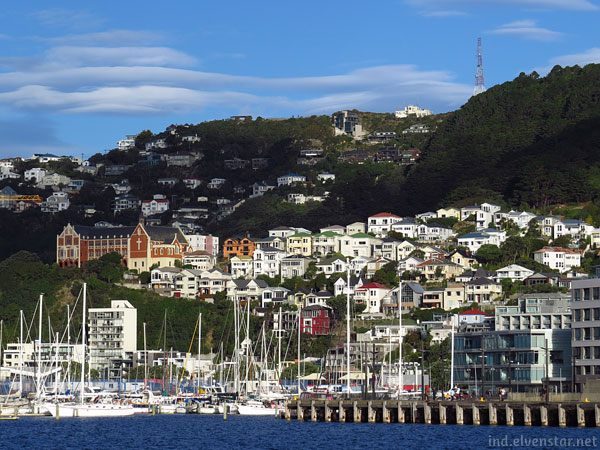 Houses and boats in the harbour. 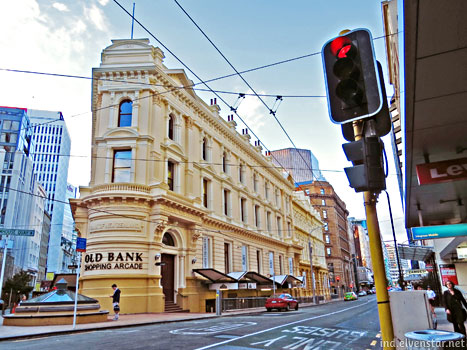 A shopping arcade. Oh, the whole place was really relatively quiet because it was Easter weekend and nearly everything was closed. Really. There were only a handful of food outlets and convenience stores open the whole weekend… 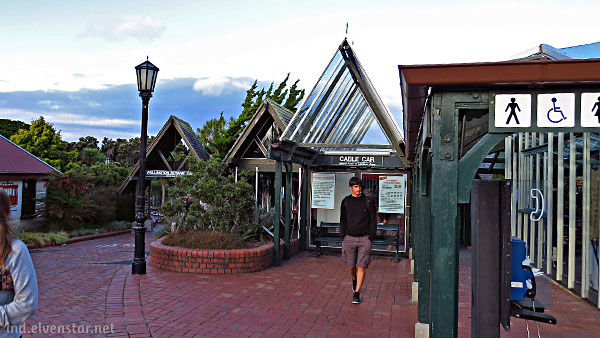 Took the cable car (it’s more like our Penang Hill train than what I imagine a “cable car” to be though) up a hill to the Kelburn Lookout. 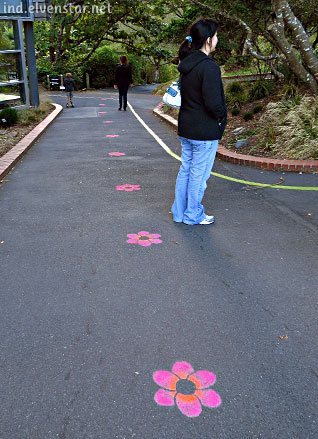 You can access the botanical gardens from there too. We didn’t have time to go there, but these pink flowers on the road mark the way to the gardens, I’m guessing. 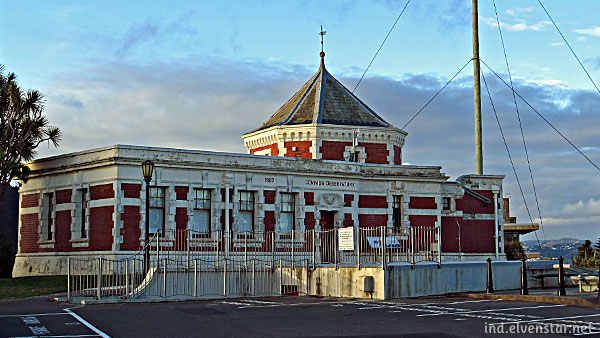 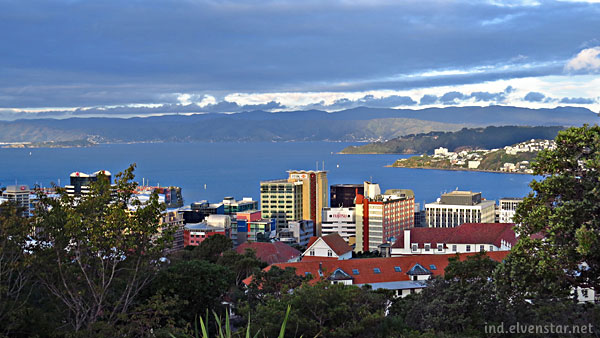 View of the city and Wellington Harbour from near the observatory.