Weather was rather poor that day – rainy on and off – and it deterred us from our original plans of getting a boat to go island-hopping.

But we managed to drop by Pantai Pasir Hitam… 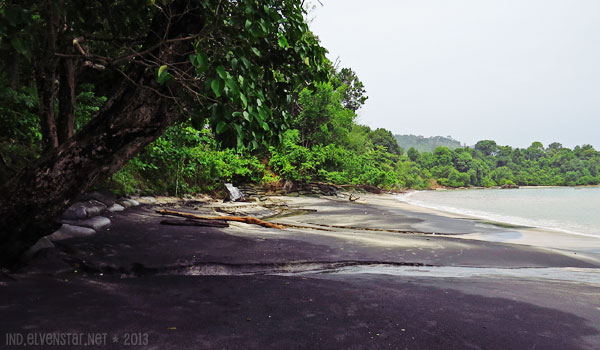 The sand really is black – but only the top layer. 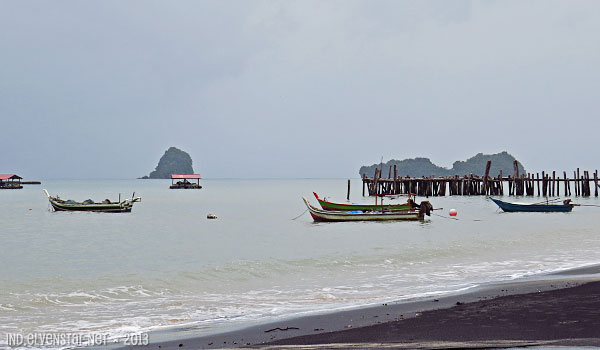 Boats around the beach. 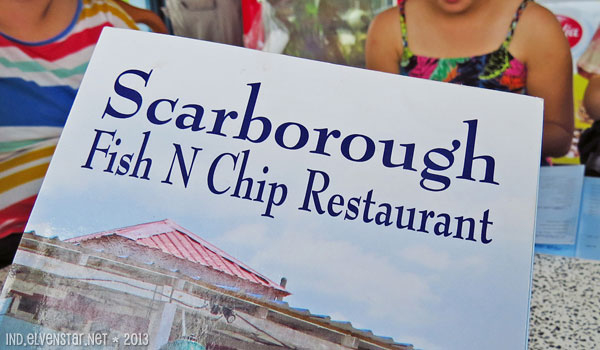 We drove to Tanjung Rhu and came across this restaurant. Some of the others had heard it was highly recommended so we decided to stop there for lunch. Lunch was pretty good! And the atmosphere was pleasant – right by the beach. The weather during lunch was good, which added to the… enjoyability. haha 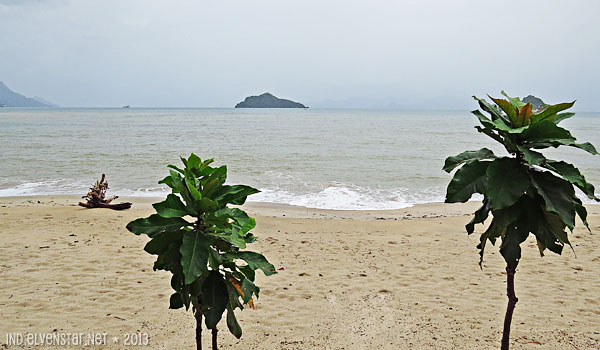 The beach, as seen from my seat if I was to turn around. 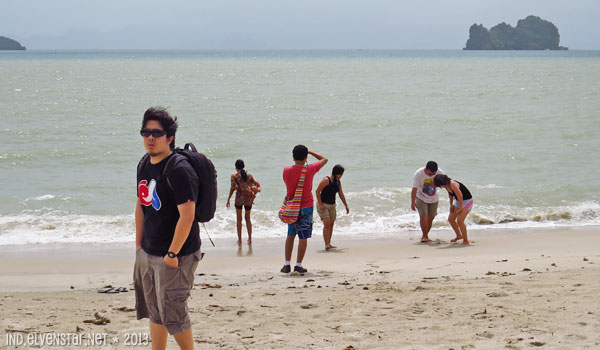 After lunch, we wandered out to the beach to hang around aimlessly for a bit and take photos. 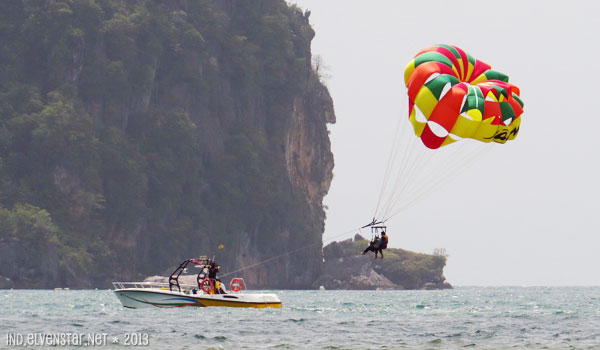 A little way further down the beach there were people doing watersports – some jetskiing and some parasailing.

We split up after lunch – half of us went for a mangrove tour, and the other half went to find a beach on which to imbibe alcohol. heh 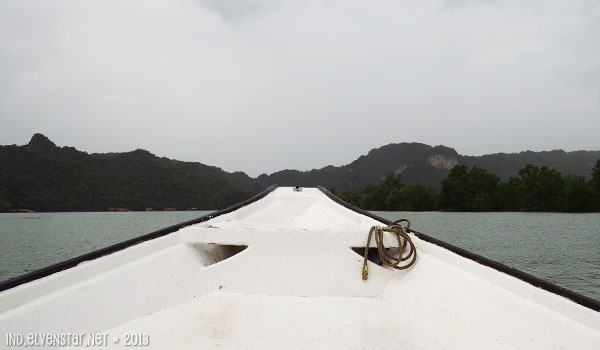 I picked the mangrove tour. This is the prow of the boat as we headed out to the mangroves in the geopark. 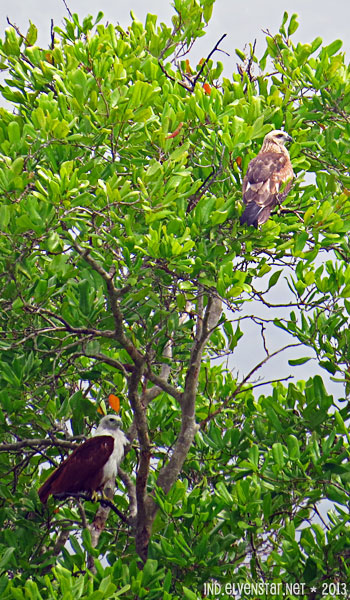 My super-zoom lens came in handy for taking pictures of the eagles. It was quite difficult to get any decent pictures from the boat given the movement of the boat and the water. This was one of the better pics. 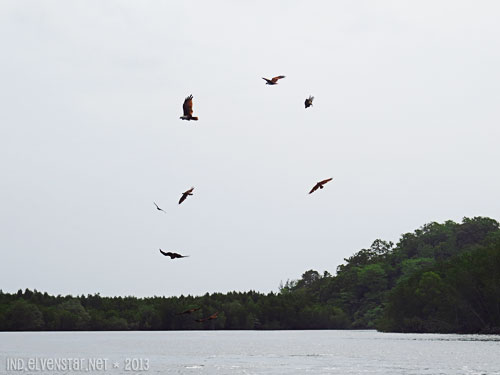 The eagles appeared as soon as someone – on another tour boat – threw out some food for them. 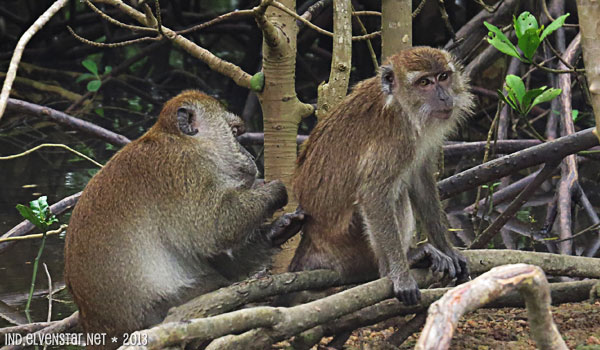 There were monkeys in the mangrove. 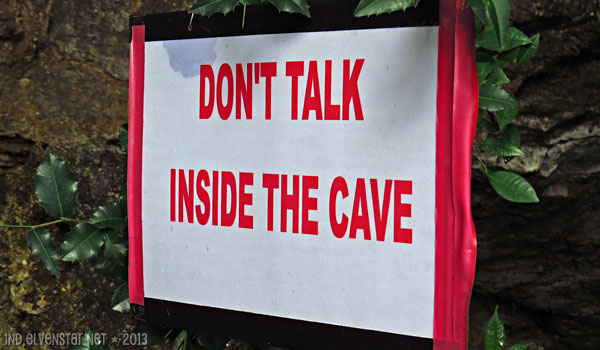 And we stopped at Gua Musang, the Bat Cave. This sign sternly forbade us from talking inside the small cave. 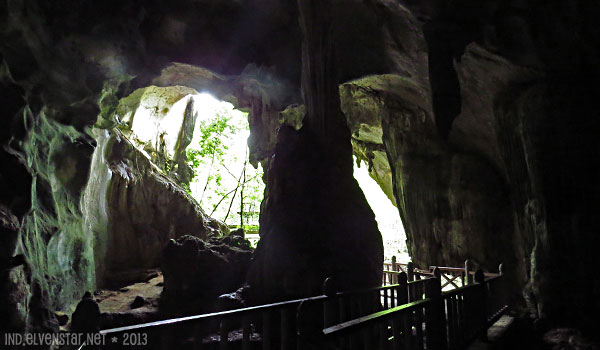 There were bats inside but I couldn’t get a picture of them given the darkness. Nevertheless, we tiptoed through the cave – I don’t think anyone wanted to have bats descending on us. haha 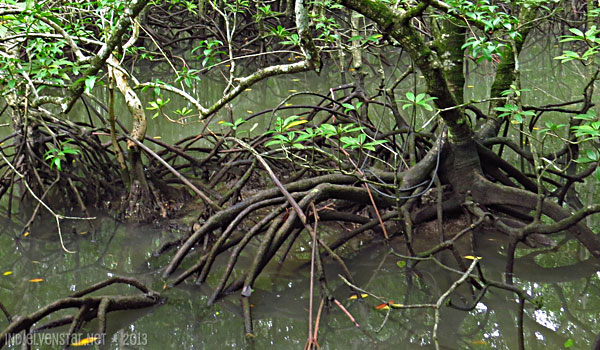 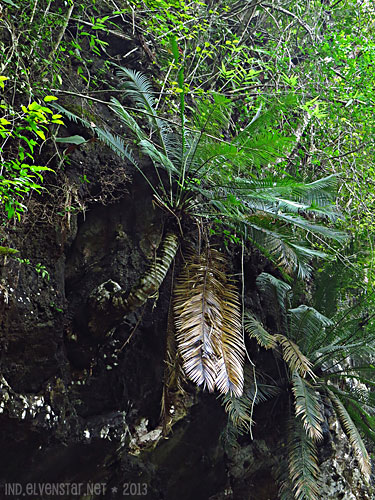 Apparently this is a Cycad, a primitive plant that predates the dinosaurs. Or so a signboard nearby declared.

Unusual stalactites that bend outward because they’re influenced by a type of moss that grows on them. I thought this was interesting. 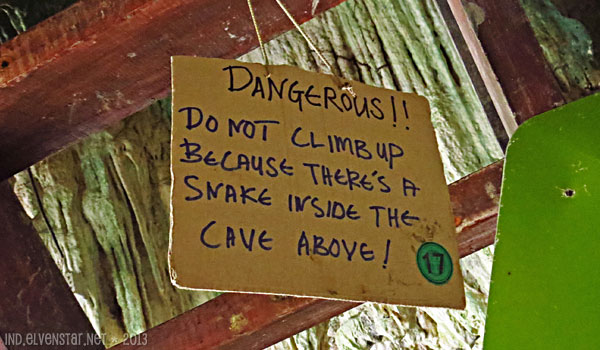 This sign… only makes people like me and Nadia even more curious to find out what snake is up there or whether there is (still) a snake at all. 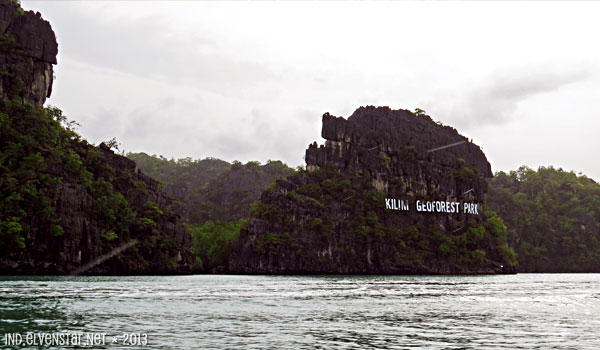 The sign on the cliff reminds us that we are in the Kilim Geoforest Park. 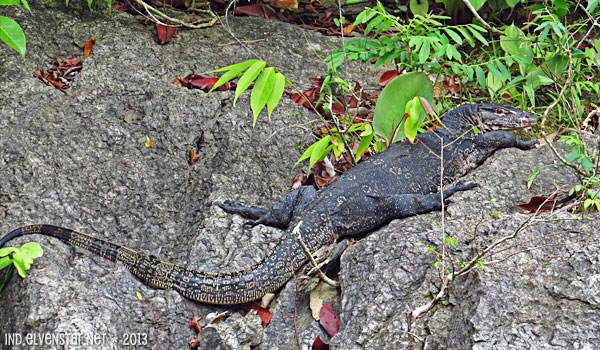 We saw this monitor lizard basking on a rock.

Our last stop was at the fish farm. I have pictures but I don’t feel like putting them up here. I was quite displeased with the state of the poor fish there. The net cages they were kept in did not look like they were in the best condition. There were, amongst other fish, a decent-sized leopard shark and several stingrays, one of which was quite large. The largest stingray seemed to have some sort of injury on its head. And there were what looked like small pufferfish. I saw one of the boys working there pick one up and pull at the fish to demonstrate something to the other tourists who were with him. We happened to be looking that way and after a few moments of horrified staring, we all turned away because it looked absolutely cruel.

The weather had been fine up until the point where we decided to finally leave the fish farm. It began to pour cats and dogs. Then we ran to our boat… whilst every other tourist there ran for the shelter of the small restaurant. And we got absolutely, totally drenched. The rain got in and pelted us from all directions. Sitting in the boat, we wondered aloud: Why didn’t we run for shelter instead of the boat?? Azman offered this suggestion: it’s city-slicker thinking – run for the car and go home. HAHAH It seemed appropriate.

Soaked from head to toe, we decided to head back to the tower house to dry off and change before we met up with the others for dinner. When we finally met the rest several hours later, we felt quite tired but I didn’t realise we looked so exhausted until Lydia remarked on how tired we all appeared. hahah Anyway, dinner was at a restaurant in Pantai Cenang. Pretty good food too! But I was so glad to get back after that.