The last day in Langkawi saw about half the group depart early in the morning for their morning flights back to KL and Singapore. Then five of us decided to go visit a waterfall. Another two stayed behind to sleep in. haha 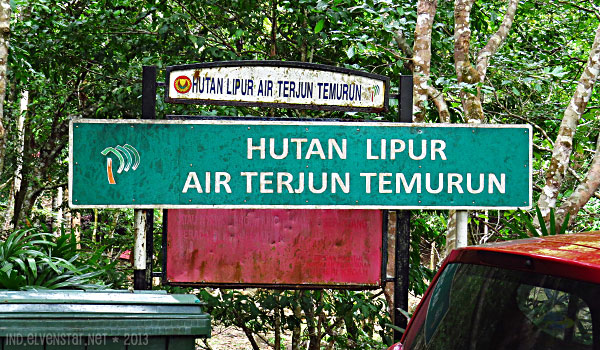 The Temurun Waterfall was our destination. 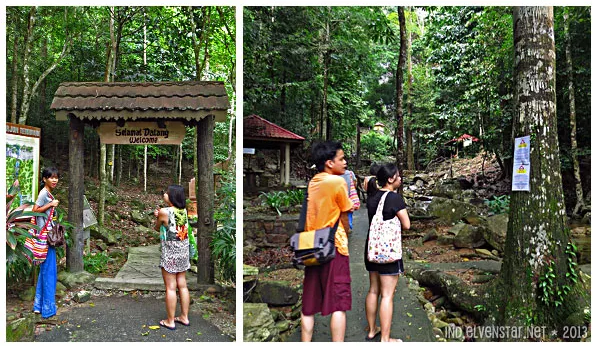 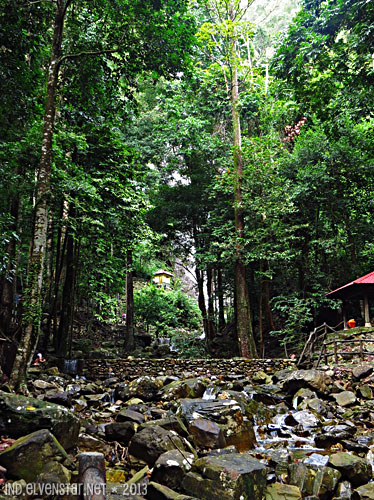 Looks like kind of a long walk. But it isn’t very far in, really. 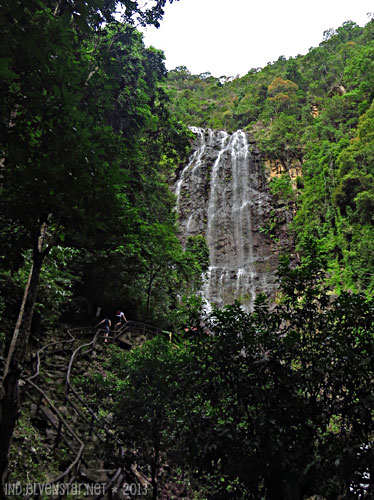 The waterfall! It’s amazing how much more excited you can get when you see a waterfall… 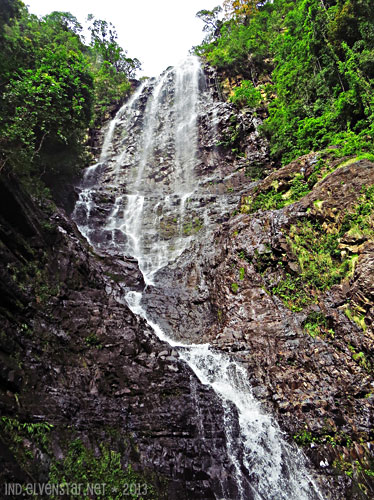 The waterfall from close up! 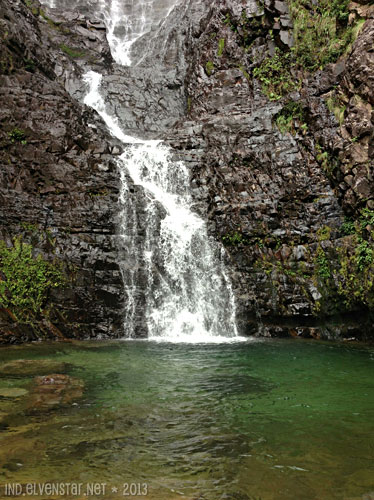 It empties into a pleasant pool you can splash around in. I like the green colour of the water. It’s the nice sort of green – the glassy, inviting green, not the murky algae-filled green. 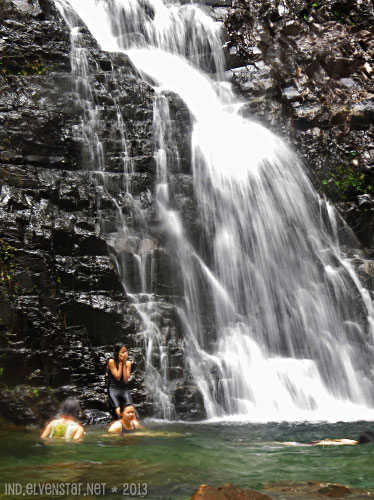 My friends went swimming, though I couldn’t. I basically sat there and took photos of them, and of the waterfall, and tested out shutter speeds and such. 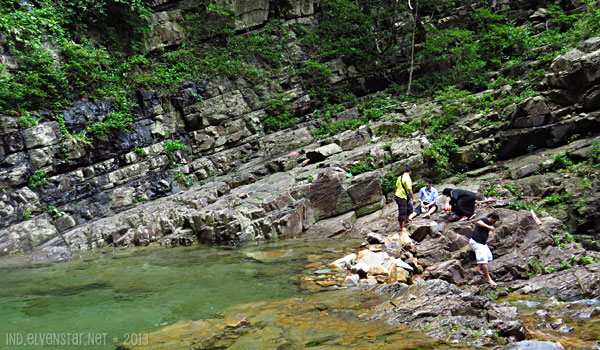 There was just one other group of tourists there besides us (that’s part of the other group there in the picture), which was nice, since it meant the waterfall wasn’t crowded and was pleasantly quiet. We were extremely fortunate in that, actually. Apparently it can get really crowded on weekends. 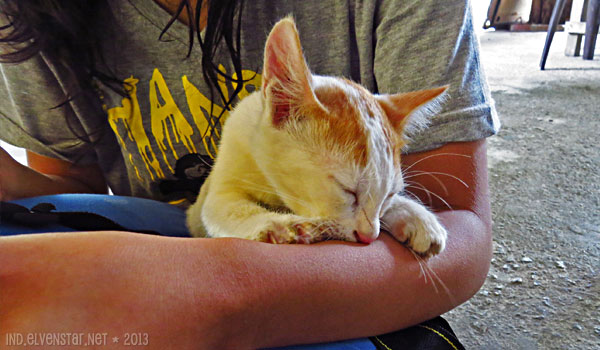 After about an hour there, we made our way back and stopped at the little stall where we’d had breakfast to buy lunch. This kitty latched onto one of my friends and was extremely reluctant to let go. It seemed to think she was its mama. hahah 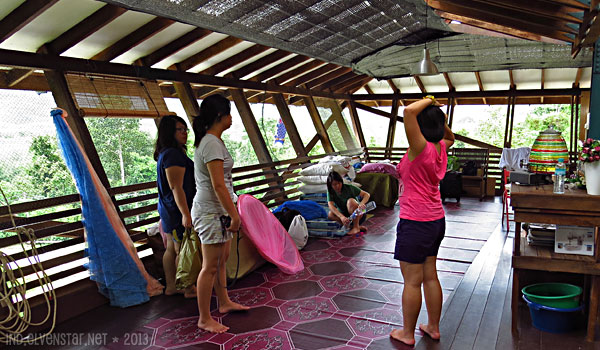 Back at the towerhouse, after packing up all the remaining mattresses and stuff.

We had lunch and then trotted off to the airport for the afternoon flights (three of us – Angie, Evonne, and myself). I think the remaining four went up Gunung Raya and traipsed around until it was time for their flights back.

Somehow… this last day was better than the previous days. Maybe it was because the weather was significantly better. Maybe it’s because there were fewer people to please and thus everyone was more relaxed. Anyway! Good day. I particularly enjoyed the waterfall.