We took a ferry across from Circular Quay to Manly and gosh, just look at the lovely colour and clarity of the water over at Manly… 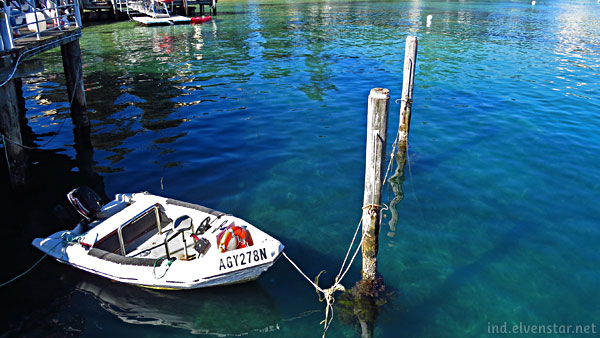 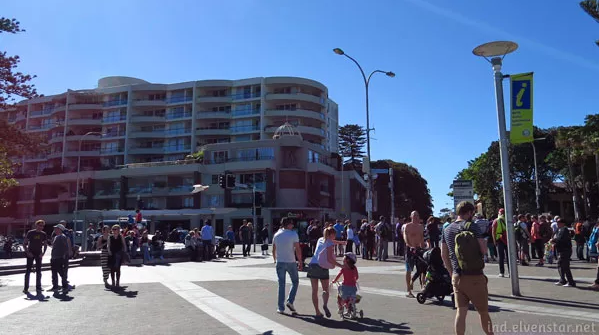 This was the sight that greeted me upon stepping out of the ferry terminal. It was a Sunday and so lots of people were out that day. It made for quite a holiday-ish atmosphere. 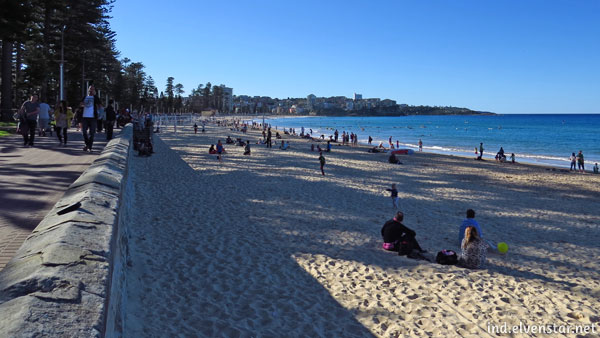 We had lunch at an Italian place across the road from the ferry terminal and then strolled over to Manly Beach. 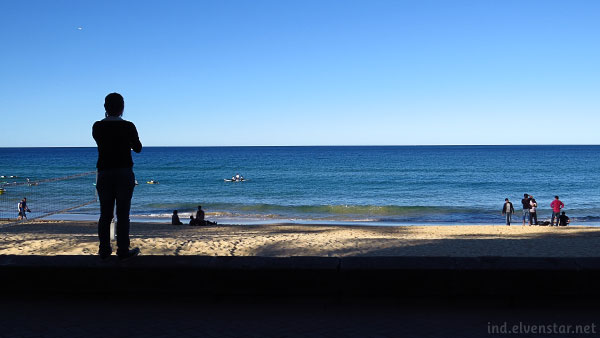 Cy trying to snap a picture of the beach. 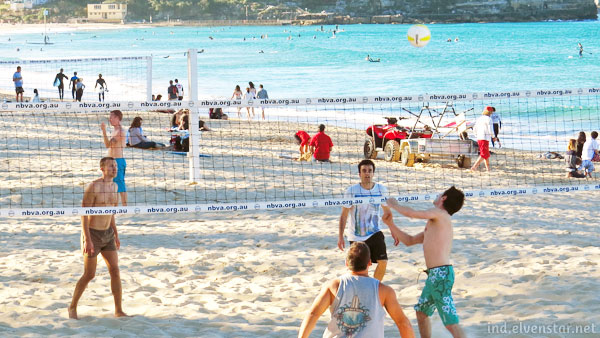 Many people were playing volleyball on the beach too. 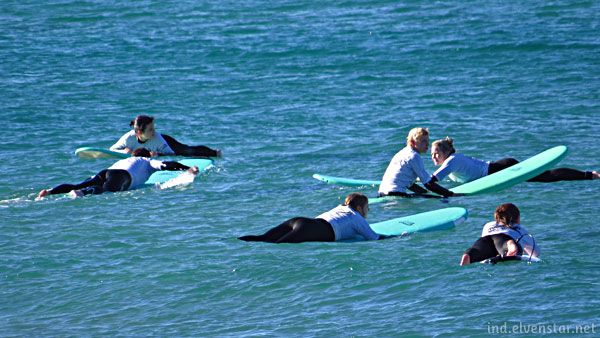 There was a surfing lesson going on. 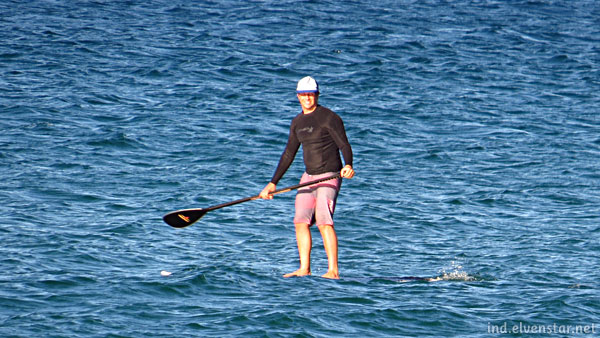 Walking on water? No, just… standing on a surfboard and paddling with an oar. 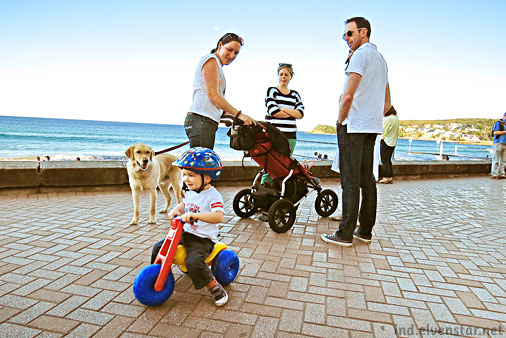 We sat down on a bench for a while and people-watched. Here a mother chats with some friends and watches her kid “cycle” around them. Their golden retriever keeps a watchful eye too.

I saw so many people walking their dogs! I wanted to pet every one of them… 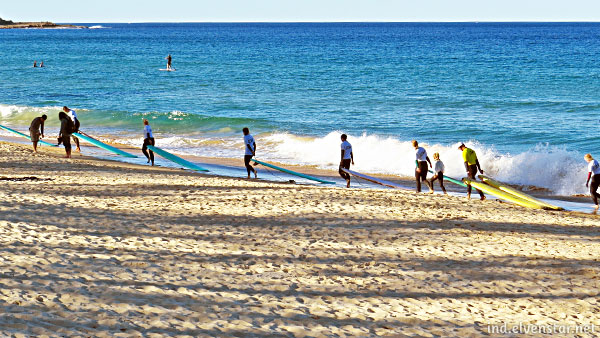 The surfing lesson ended and we saw all the students walk in an orderly line down the beach, dragging their surfboards behind them. 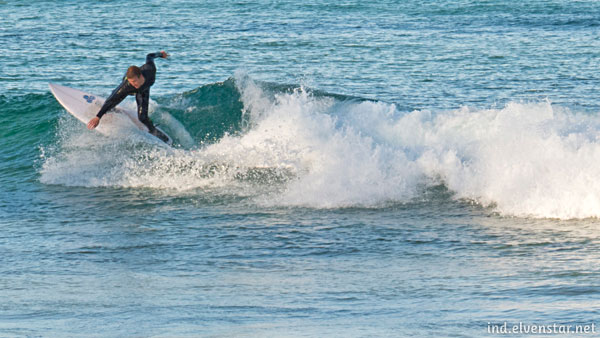 ♪ Just get away from the shady turf and baby, go catch some rays on the sunny surf… ♪ 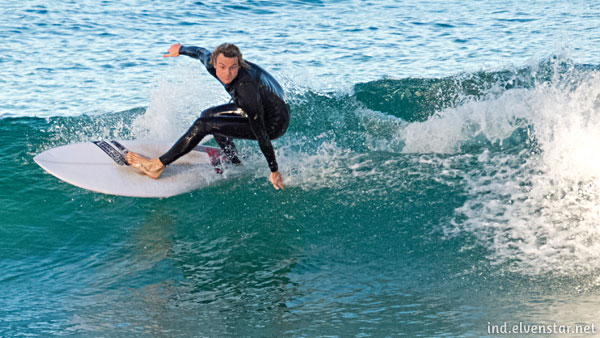 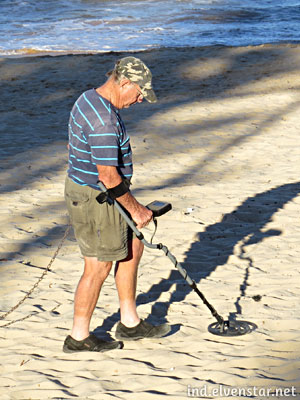 We walked almost all the way to the other end of the beach and just as we turned back, our attention was caught by a growing noise from that end. We looked behind us and saw what looked like a little parade approaching. 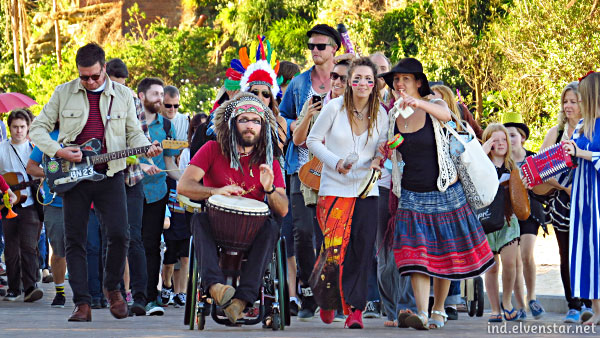 It looked like a random group of people – some dressed rather wackily – playing random musical instruments and stuff and just basically making noise. 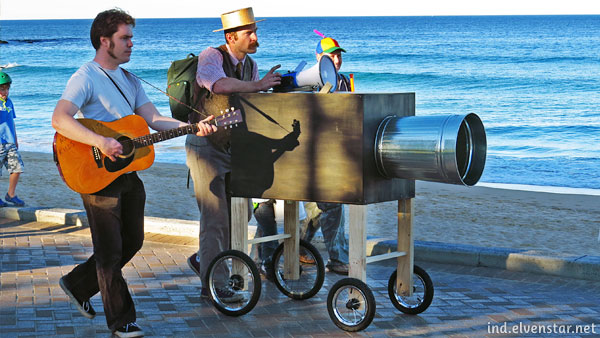 It sure was noisy. haha 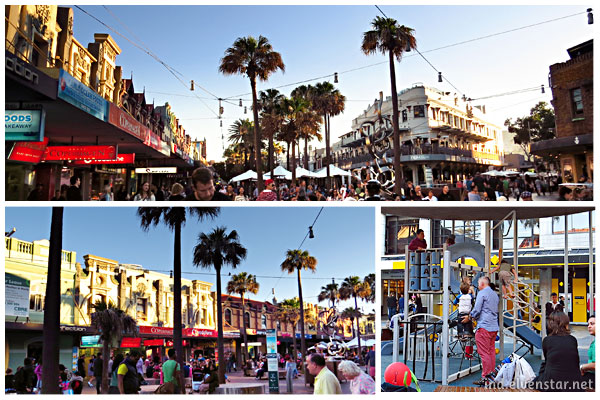 Walked back to the ferry terminal just before sunset. The boulevard looked so… Retro? Holiday-ish? Californian? Haha 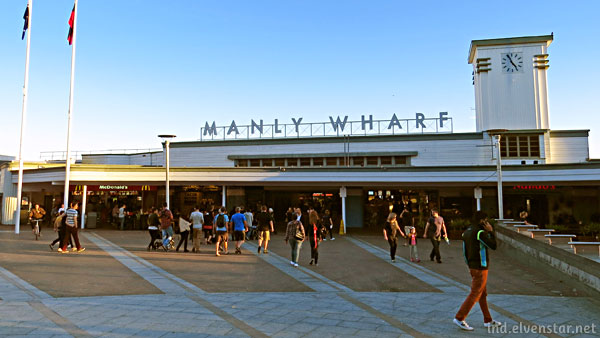 Back at the terminal, which also gives off an art deco feel. 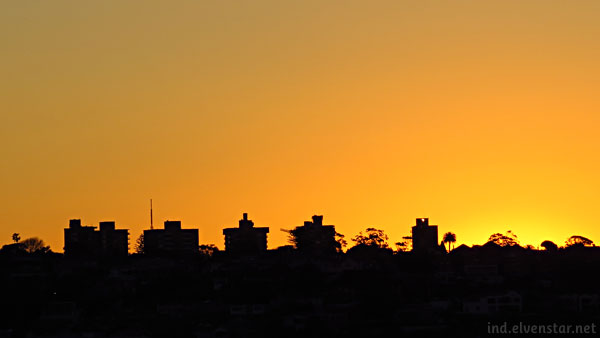 The sun set while we were on the ferry. First, there was a gorgeous golden glow. 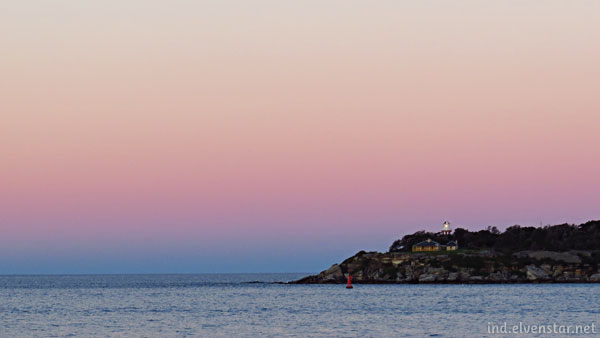 Then it became this pleasant blue-pink-pale peach gradient. 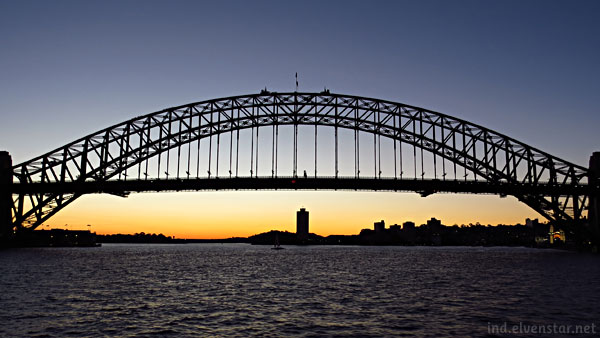 Ending with a classic gold-to-blue sky as we reached the Harbour Bridge. 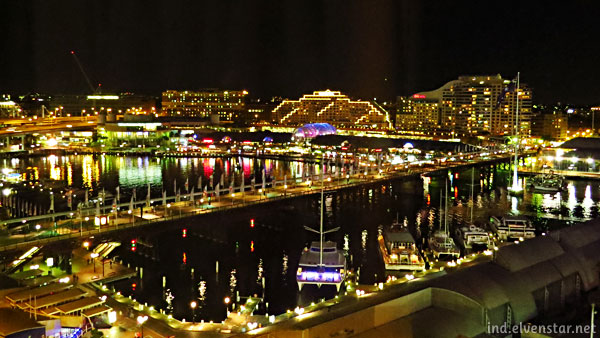 And here’s the Darling Harbour by night as viewed from my parents’ room at Four Points by Sheraton.