Osaka is only half an hour away from Kyoto by train, and with our handy JR Pass we booked seats on the 2.11pm Thunderbird limited express train. 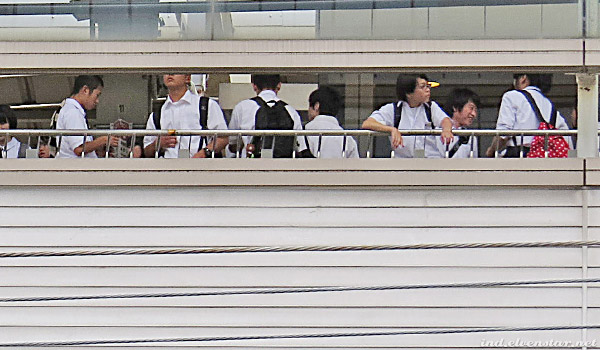 There was a huge group of school kids in the Kyoto Station waiting for the bullet train. School trip somewhere, I assume. 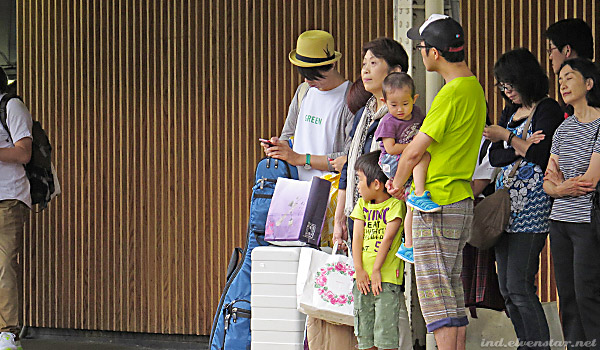 A family waiting at the platform across from ours.

Osaka was the completely new place to me as I hadn’t managed to visit here previously. But my current favourite J-pop group hails from Osaka and this Kansai region so their songs were inadvertently playing in my head all the while. haha 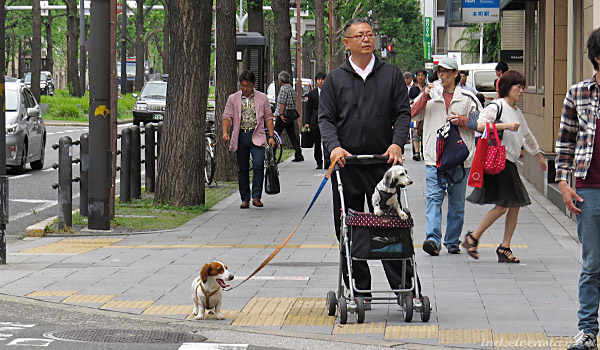 A man and his best friends.

We dropped by Hard Rock Cafe (again, for my sisters) to buy more collectible pins and to have lunch. I feel like every time we had a meal in a restaurant I burned out several thousand brain cells attempting to understand menus and place orders. @_@ Good brain exercise I suppose haha 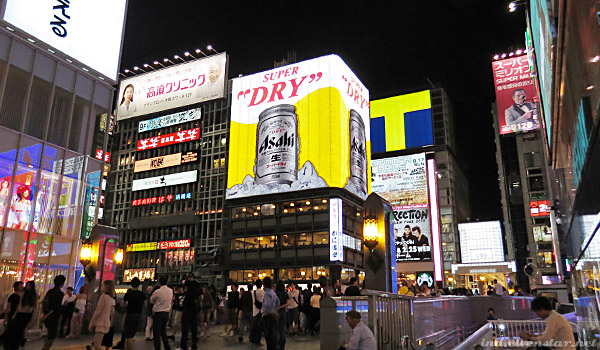 At night we wandered round to see Shinsaibashi (which was quite literally around the corner from our hotel). 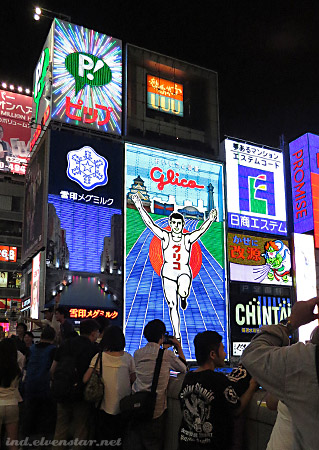 Then I took a few more steps, turned around, and gasped. And then laughed.

I hadn’t really done in-depth research on Osaka and didn’t realise that Dotonbori was right next to Shinsaibashi and that some of the most iconic Osakan sights were not even 5 minutes’ walk from our hotel. This giant signboard – the Glico Man – is one them. 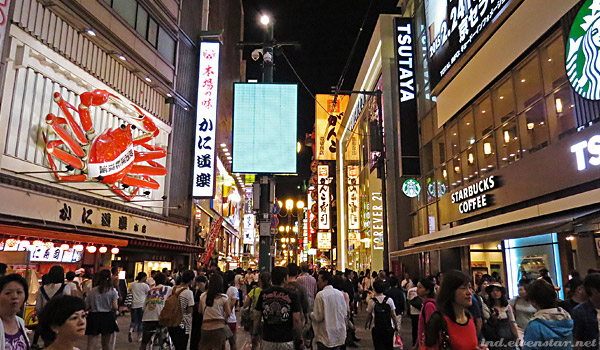 Dotonbori! Street of food and other shops. It’s well-known for the huge animated signboards outside restaurants. 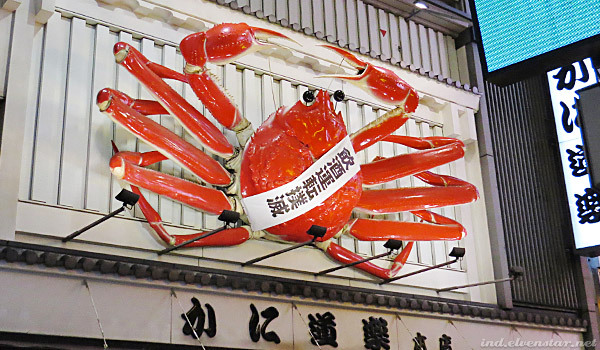 Kani Doraku. The most famous Osakan animated signboard of all. The claws move. (I can’t remember if the eyes do.) 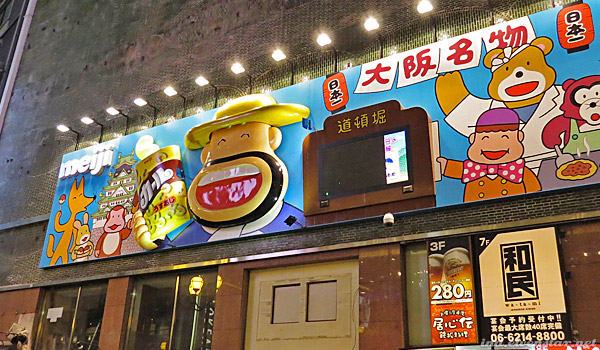 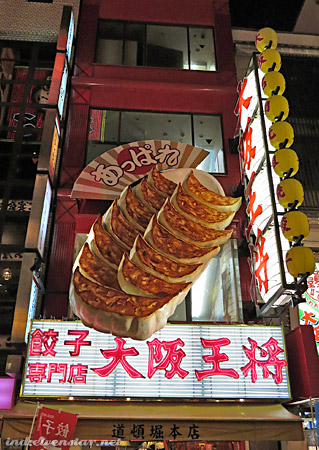 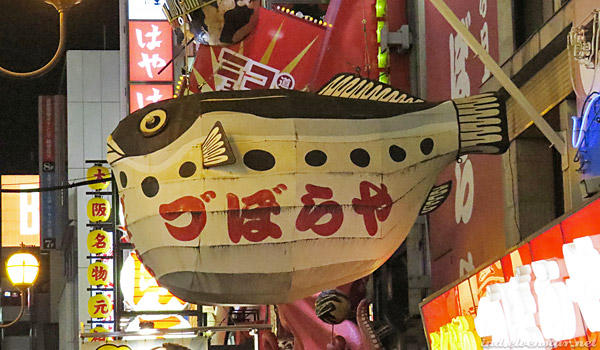 Fat pufferfish informing you that this restaurant is called Zuboraya and it specialises in pufferfish. 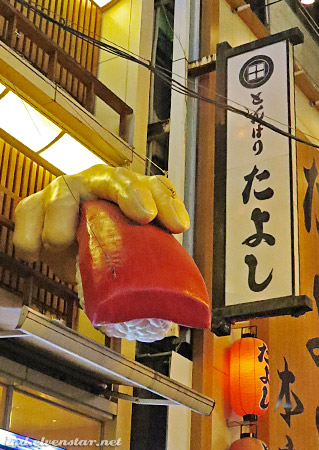 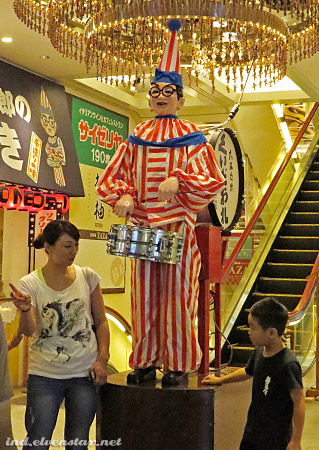 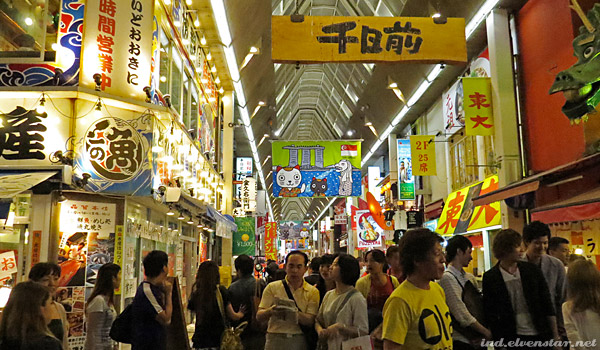 We walked quite a distance down Shinsaibashi too. At one part there were banners advertising the Southeast Asian countries. There’s Singapore! 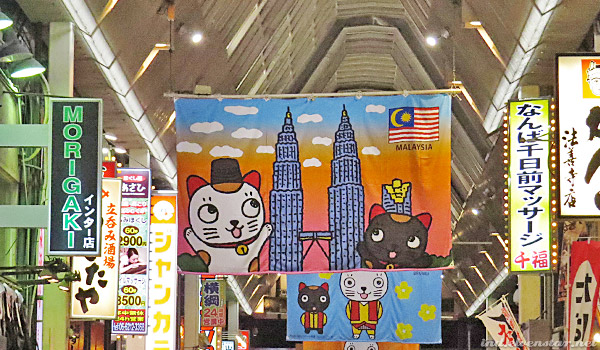 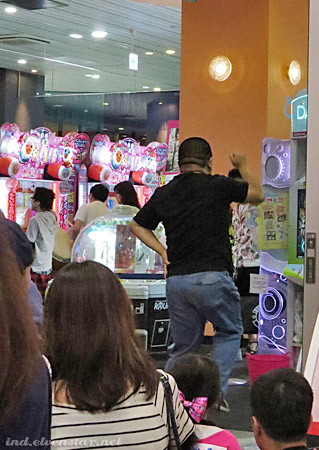 This guy was dancing to one of those Dance Evolution game machines and quite a crowd gathered round to watch him. He was pretty good! Everyone applauded him when he was done.

(The more I think about it, the more I regret not going to one of those purikura things with my mother. 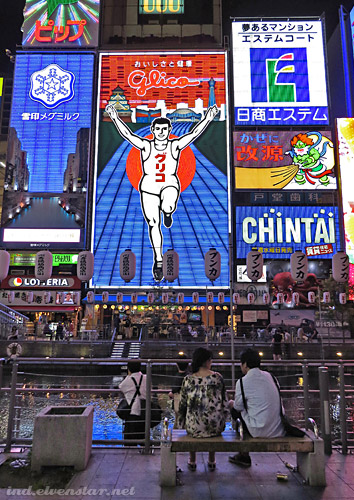 I wish the lanterns along the river had been lit. It would’ve been a lot prettier.

Back in the hotel, I did my usual channel surfing and discovered from a news clip that Tom Cruise had just been in Osaka a couple of days before (promoting his latest movie, Edge of Tomorrow) and he’d gone down the Dotonbori River on a boat and there were sooooo many people in the area hoping to catch a glimpse of him. Ah, we juuust missed the excitement then!