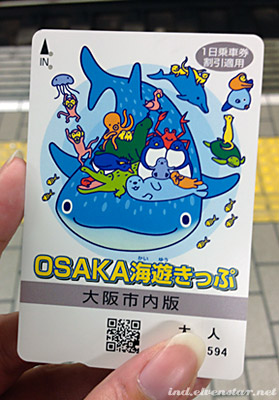 Isn’t this adorable?? It’s the Kaiyukan Kippu (“Aquarium Ticket”). It gives you entrance to the aquarium and unlimited access to the trains in Osaka. (Should be noted that the price varies depending on which type you choose. Not all the public transport options are run by the same companies so you have to pick one – that’s the impression I got from the lady at the Visitor Information Centre at Namba Station. I think we took the one that’s for the subway lines? It cost about JPY2500 each. Aquarium entry alone is JPY2300. So it’s pretty worth the money if you plan to go to the Osaka Aquarium and don’t already have a transport pass of some sort like the Kansai Thru-Pass.) 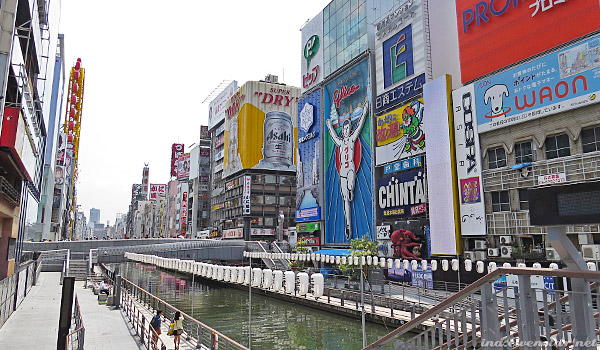 Walked past Dotonbori in the late morning.

We went to Namba to inquire about the Kaiyukan Kippu at the Visitor Information Centre and found we could buy it there too so yay, no need to go to the ticket counters! haha

And then we took the train to the aquarium. (Midosuji Line from Osakananba > Chuo Line from Honmachi > Osakako. I think? Not sure if that’s the path we took but it sounds vaguely familiar, so maybe it is.) We had to walk a little way to get to the aquarium. Colourful banners tell you that you’re definitely in the right place. The whale shark is the aquarium’s star, which is why it features prominently on all aquarium promo material. 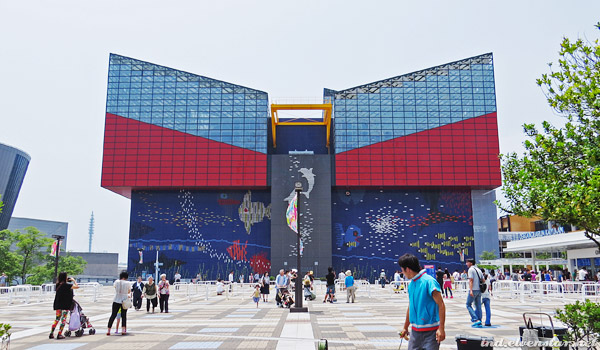 The rather impressive exterior of the aquarium. (It was rather hot that day…) Cownose rays! They’ve got a sort of cute elegance to them that I like. (I also liked that this tunnel – short as it was – was not lit with blue lights. Simulating oceanic lighting is good for the fish, and I approve of that, but once in a while it’s nice to not feel the strain of staring at blue tanks.) 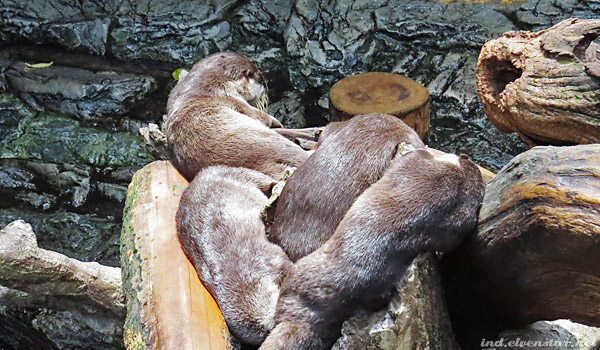 Asian small-clawed otters. Snuggling together to bask in the sun. 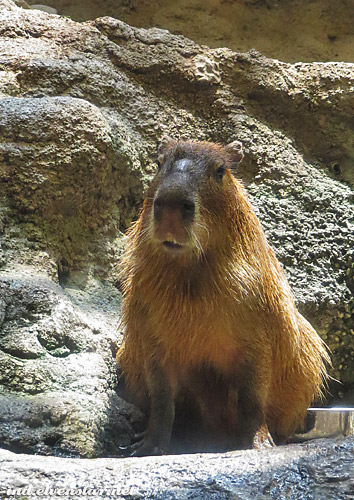 The capybara went for a dip. haha 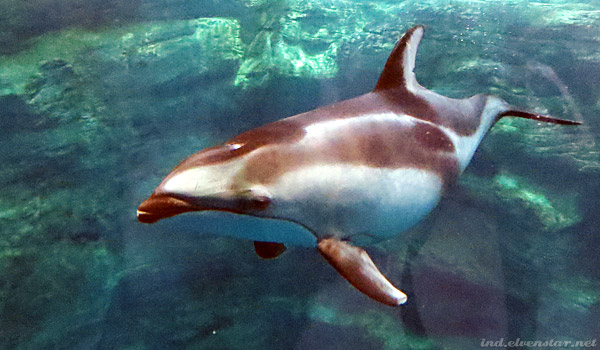 Probably the closest I’ll ever be to a dolphin.

The dolphin enclosure seemed a bit small. I know it’s deep, but it still looked rather small. Maybe there’s a section we couldn’t see – the dolphins occasionally darted off beyond the ‘rocks’ to what looked like an adjoining tank. I hope there was a muuuch bigger tank beyond what we could see. 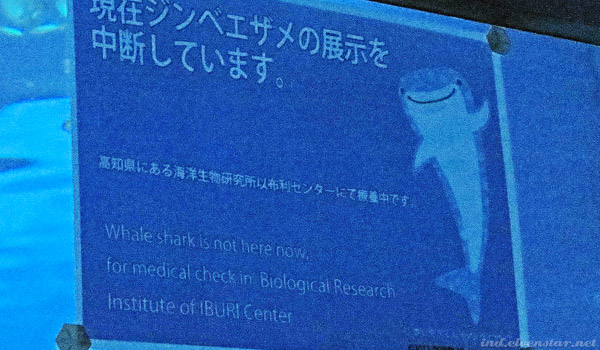 The whale shark… WAS NOT THERE. This was annoying. I went to the aquarium mostly for the whale shark but I was thwarted. Just like how I went to Disneyland hoping to get a chance at Space Mountain, but it was closed again.

(After doing a little bit more online research, it seems that the whale shark – who goes by the name of Kai-kun – had been refusing food for a while and so they decided to have him moved away for observation? That doesn’t sound good. :/ It does, however, remind me that there are strong objections to keeping giant marine creatures like whale sharks in captivity. I don’t think any aquarium has managed to keep whale sharks for long.) The Pacific Ocean tank where the whale shark usually resides had all the other fish still present. The fish in the large school in the middle (which I assume are sardines of some sort) all had their mouths open. It was a little creepy to look at once I saw all the gaping mouths. haha California sea lion. (This picture turned out way better than I expected.) 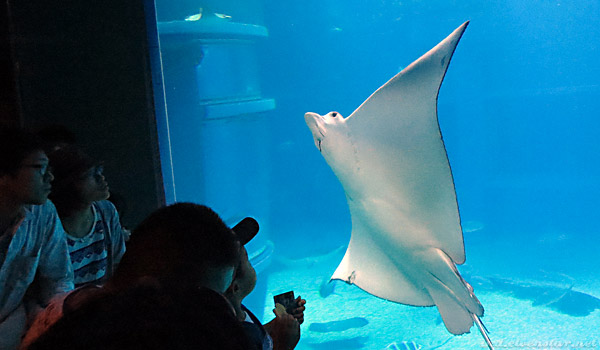 Spotted eagle ray flashing its snow-white underside for all to see. hehe 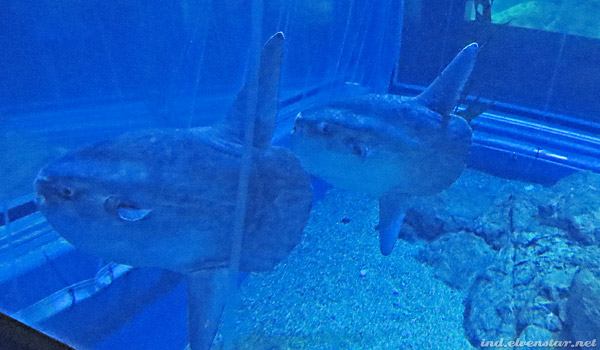 Two sunfish! Well, these sort of made up for the lack of whale shark. 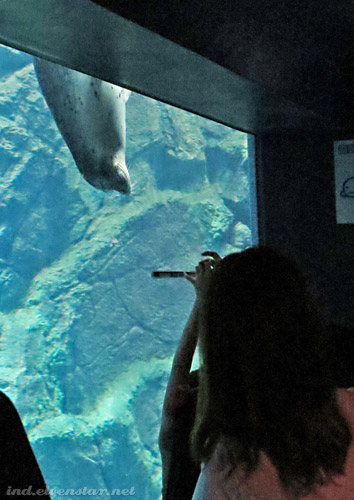 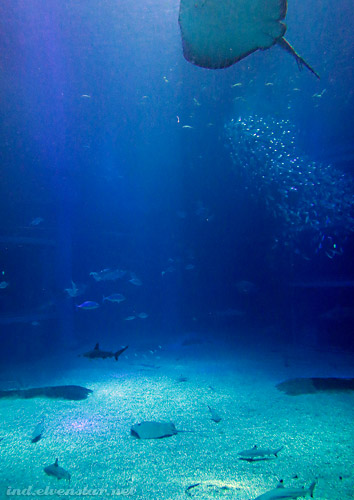 I like how the rays of light filter down through the water in this picture. 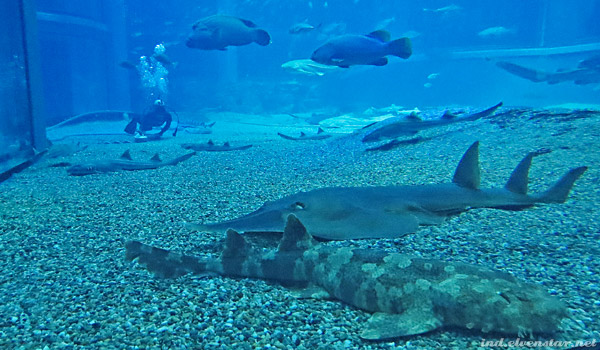 Lots of sharks at rest on the bottom of the tank. 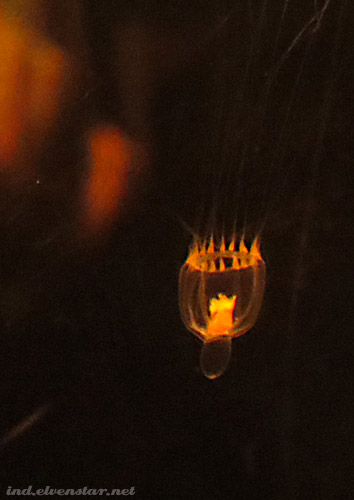 Teeny tiny jellyfish! This one goes by the scientific name Leuckartiara octona and was barely 1cm long. Getting it to be more than a mere blur in a photo was a test of macro focus and ability to keep a steady hand. 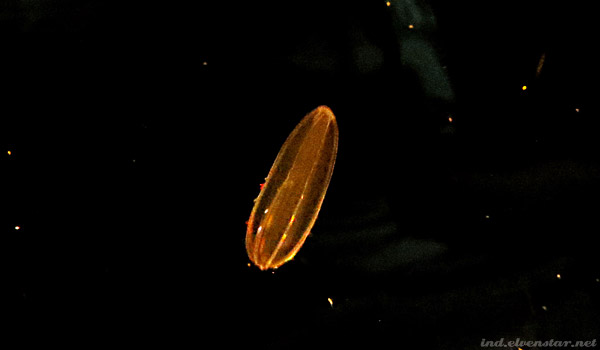 Equally teeny tiny comb jelly. Sooo pretty. My photo does not do justice to the rippling colours reflected off it as it moved. 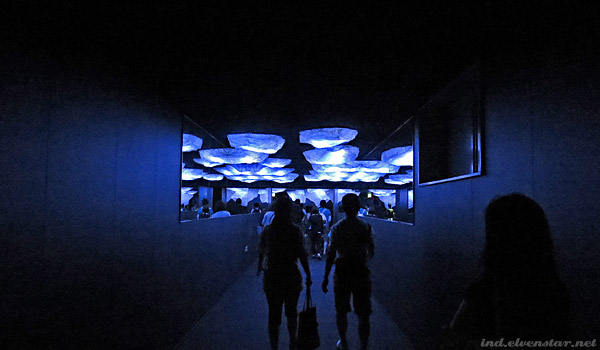 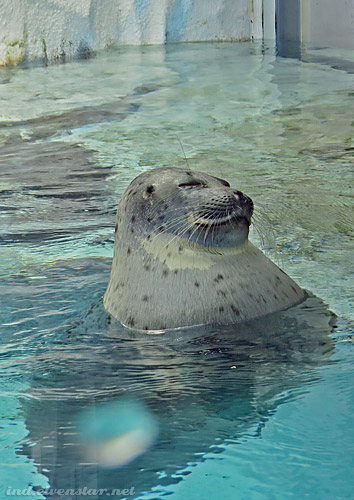 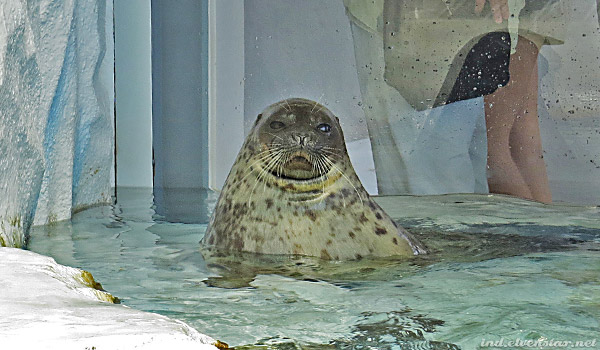 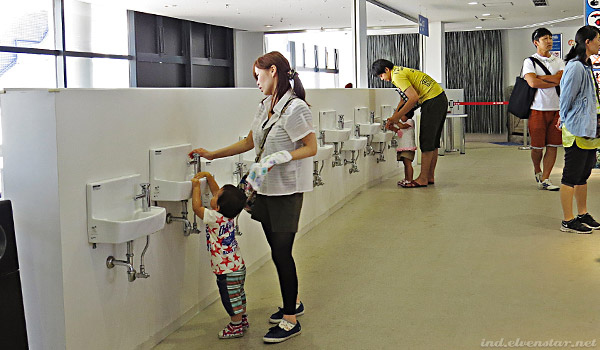 With plenty of sinks at different levels to accommodate the young visitors. The rainforest exhibit was small, but it had a small sloth inside, so that was interesting. 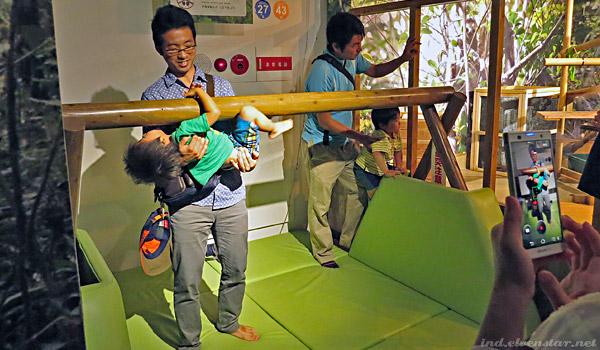 And here we have a small human pretending to be a small sloth.

The Osaka Aquarium is designed to be like a deep pillar of water, so you’re basically walking in a downward spiral all the while, with some tanks spanning several floors (like the Tasman Sea tank where the dolphins reside, the Monterey Bay tank, and the Pacific Ocean tank). It’s interesting, but I’m not sure I like the curved tanks. They distort the view more than straight-edged ones.

There were quite a lot of visitors to the aquarium that day, so it was quite difficult to see some tanks, especially those with popular animals like the dolphins and the seals. True, the spiral formation means that you can actually still see them if you walk further down, and this is especially true of the Pacific Ocean tank. However the same can’t be said for the dolphins and the seals, both of which tended to favour the top parts of the tank so the lower you went the less you saw of them.

This aquarium is bigger than Singapore’s S.E.A. Aquarium but I think I prefer the latter’s Open Ocean tank because it’s better for long viewing (since I’m slightly nuts and I like to spend time looking at marine life).

Anyhow, it was an interesting visit! And I certainly wouldn’t be opposed to going again…