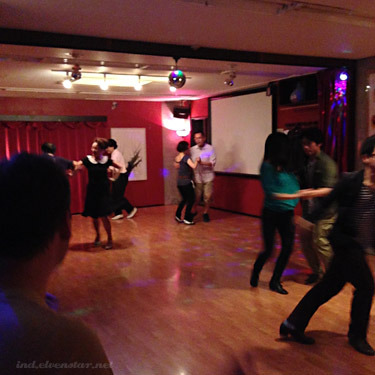 Only took 2 blurry photos, and this is the better one. It was a pity that I didn’t get there earlier, but it was a pretty fun one hour anyway

Some of them spoke English, but many did not. As a result, I discovered that I can carry very simple standard conversations in Japanese… Just past about four exchanges or so of the “Where are you from? How did you know about this event?” type of thing. At which point the other party gets a mistakenly inflated idea of my fluency and remarks that my Japanese is “very good!” I learnt that this sentence marks the point at which they will begin to discover that I am not actually all that great at it as they will start going on in more complex sentences and/or more complicated topics than I can handle and the conversation begins breaking down because either I cannot understand what they’re saying or I cannot respond because my vocabulary is too limited. ahahaha

The event ended at 10pm and this meant I got a few photos of Tokyo streets by night (about 10pm) on Sunday: 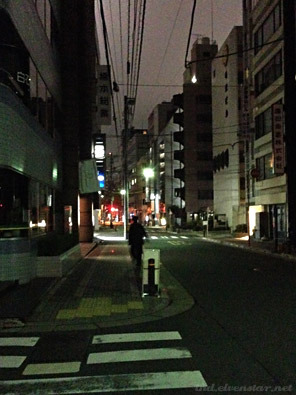 It was a tiny bit scary, walking by myself on such quiet streets at night with only Google Maps to help me, but fortunately Japan is a generally safe place. 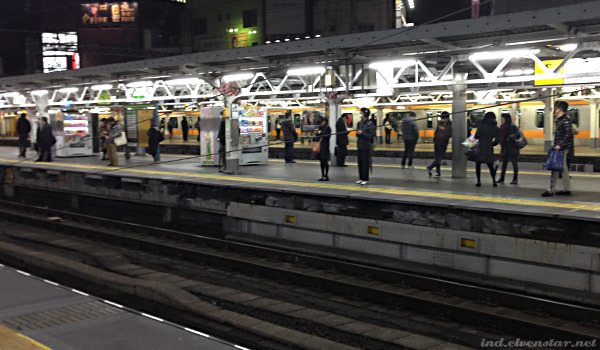 Kanda Station on the Yamanote line was pretty quiet too. Nice change from trying to cram oneself on a train with a mass of other people though.

About the difference in travel times: initially I opted to walk less, but the train station that was closer to the venue required me to change trains twice and I hadn’t realised that the interval between trains on those lines were longer so I had to wait quite a bit. On the way back, I decided to walk more and take fewer trains and that was ultimately the better choice (the cold weather made walking quite bearable anyway).