On day 2, I made the trip out to Kawazu in the Izu peninsula. Why Kawazu? See the train below. What’s on the side? 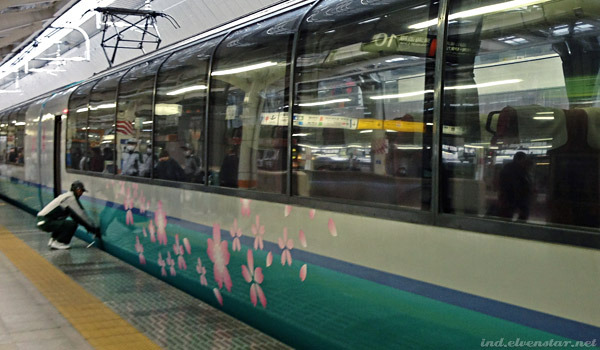 Sakura! It wasn’t sakura season yet at the beginning of March (in fact, it is more or less now – towards the end of March) but Kawazu is known for having early-blooming cherry trees. I figured that it was unlikely that I would ever get to visit Japan at exactly the right time given how university semesters here like to begin at that exact time so why not go check out the sakura at Kawazu?

Made use of my JR Pass to book a seat on the Odoriko-go Super View train to Kawazu. All the sea-view seats were booked, but that was to be expected since I was getting the ticket at the last minute. (Supposedly I’d have to pay an extra fare at some point on the train because half the journey is not a JR line, but no one came to collect the extra fare from me… This had me a bit perplexed, frankly, and I remained slightly confused until I got off the train at Kawazu and left the station without anyone asking me to pay extra. Then I decided that oh well, guess they forgot?) 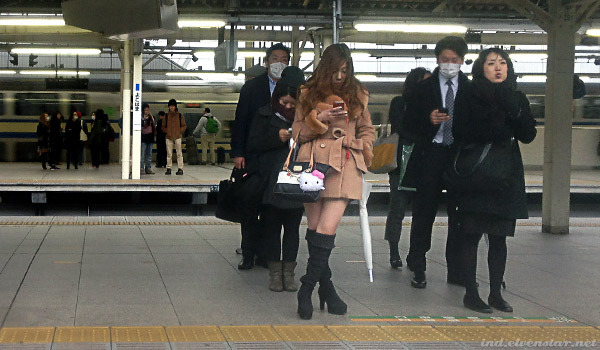 People on the other side of the track at Tokyo Station. Amazing how orderly they all are. 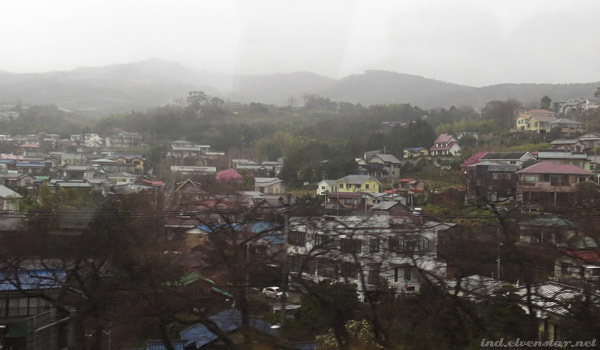 Passed by a number of towns like this one on the way – nestled in little valleys and on hillsides. 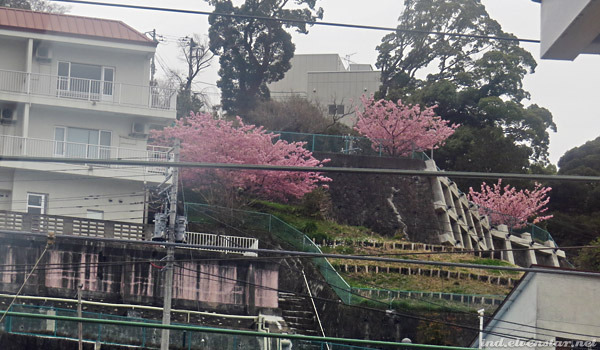 As you get closer to Kawazu, random flowering cherry trees (or maybe plum trees?) start appearing. 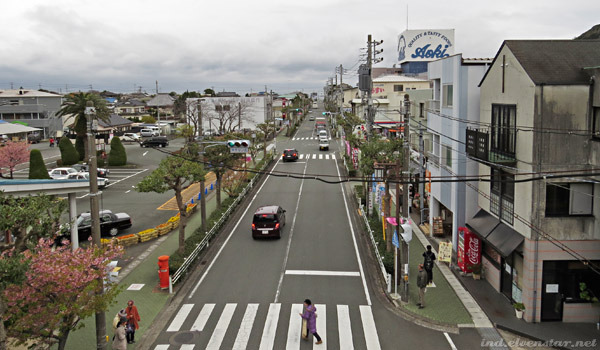 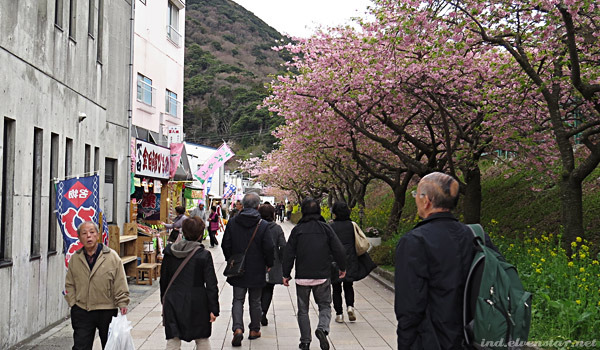 It was easy enough to find the festival spot – just had to cross the road from the station. There were many stalls selling food and such, although there weren’t many customers that day (well, it was a Monday after all, and this was the last day of the festival). I wanted to buy some strawberries but thought I’d just walk around first. But when I came back to the area, the stalls were all closing. Darn it. A Hello Kitty lookalike welcomes you to Izu Kawazu. 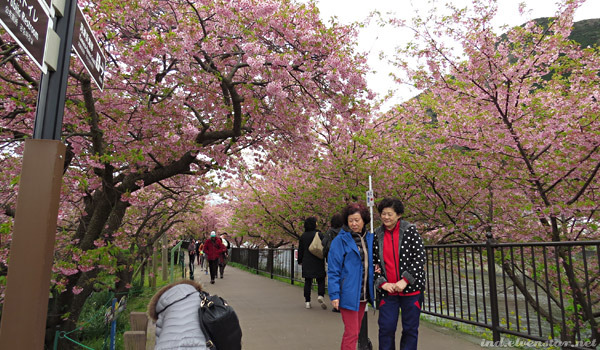 There was a large bunch of Chinese tourists there… Possibly from Hong Kong. Heard some of them speaking Cantonese. 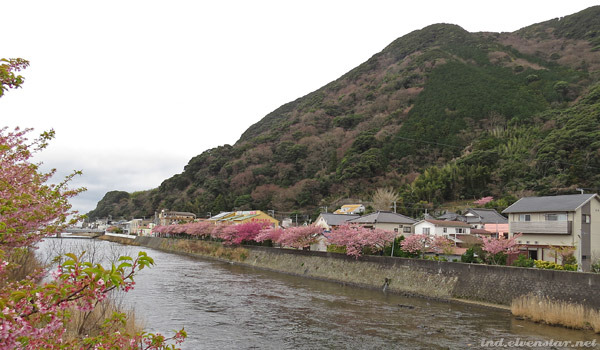 These early-blossoming cherry trees are planted all along the Kawazu riverside. (The river leads out to the ocean) 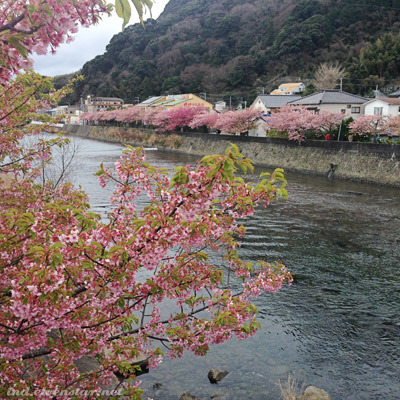 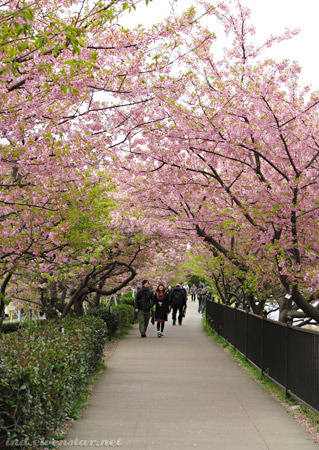 I don’t usually like pink all that much but it was a very pretty sight, for sure. I like seeing the trees form a little arch over the walkway. There were a few ducks swimming in the river, paddling placidly among the fallen petals. 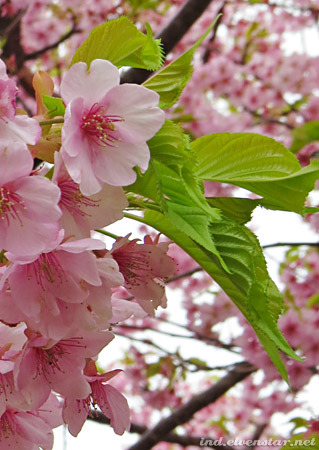 One of my best shots of the day! There was a group of schoolchildren out there too. 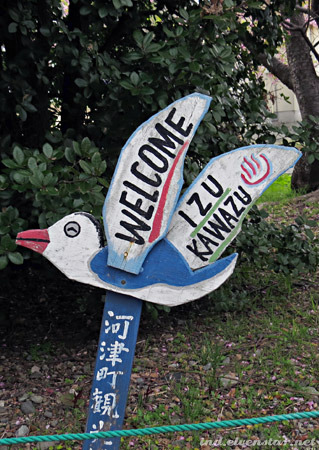 This seagull welcomes you to Kawazu too. 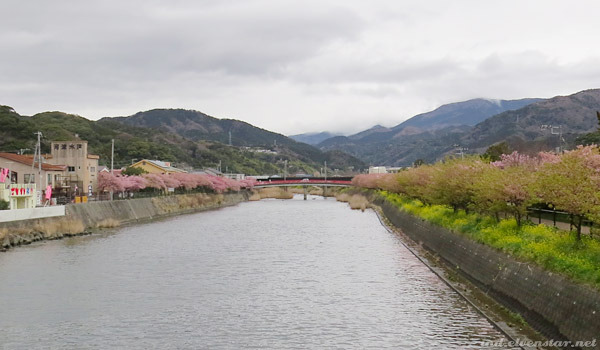 Reverse view from the other end. 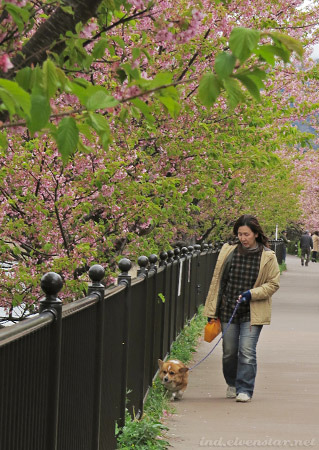 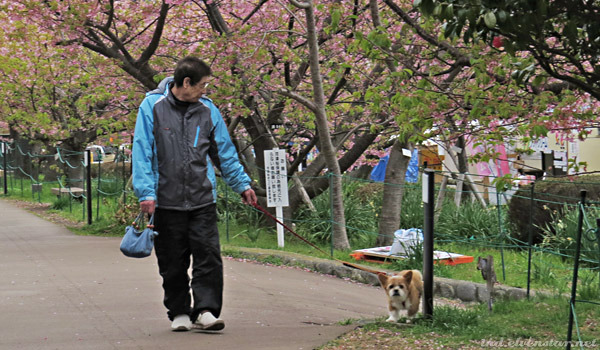 And then minutes later, saw this guy with a corgi too. I don’t know why, but I saw a number of corgis on this trip to Japan. Strange… 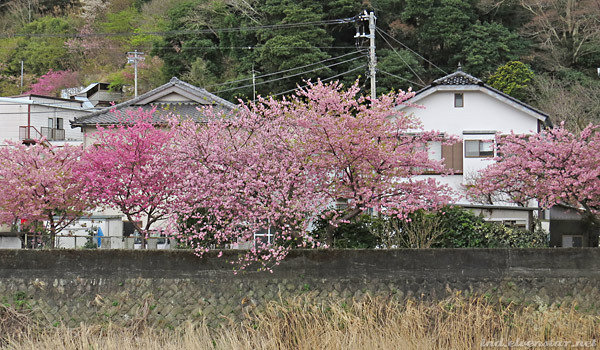 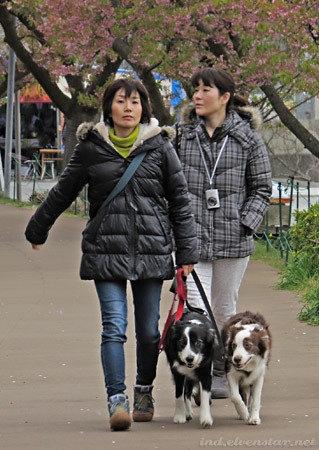 More doggies! I wanted to pet them all… *thinks of Lassie back home* I get it now. Full sakura season in Japan must be so so pretty in person. If only I could make a living from just drawing bunnies and princesses and writing stories about them. Then I could quit my job and go to Japan at the right time for sakura. 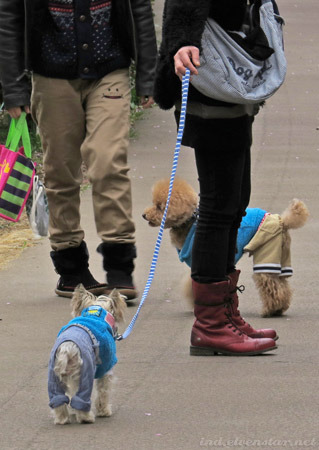 I didn’t stay long in Kawazu because it’s just a small little town – also known as a beach getaway but the beach areas are about 20 minutes away from the town centre by car… – and it was getting dark (and colder), and I didn’t want to miss the last direct train to Tokyo. I would have had to change trains if I did and I don’t much like changing trains. heh Went back to Tokyo on the Odoriko-go (not a Super View), which was an older train. As I had to buy my ticket from the Kawazu station itself, I did have to pay the extra fare this time (although not the full fare because part of it was covered by the JR Pass). The person sitting in front of me drew a face on the window at some point. hahah