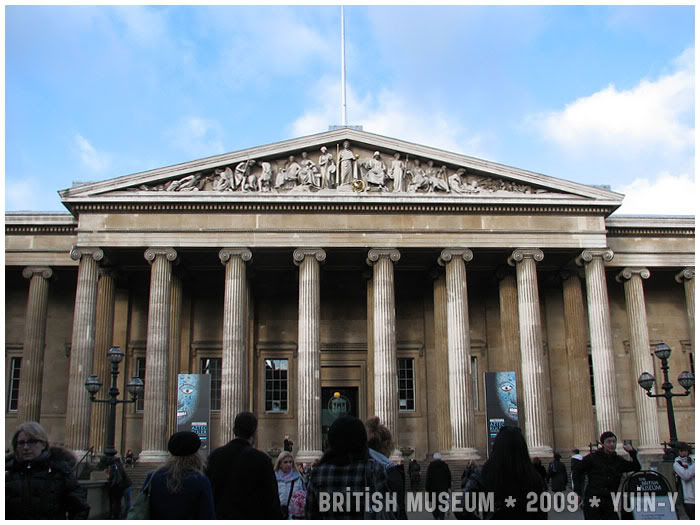 The Natural History Museum is all about nature and is clearly geared towards a younger crowd. The British Museum seems to be to be aimed at the older set or the history nuts. No interactive displays and cute signages here. But they really do have an amazing array of artifacts from all over.

The Rosetta Stone is one of the main attractions here, making it nearly impossible to take good photographs of it. I went to this museum three times, stayed nearly the whole day on my second trip, and not once did I see the Stone free of crowds. It’s possible to squeeze through to see it up close but good photography is nigh impossible since the minute you step back to get a better angle, someone else slides in and blocks your view. All my close-up shots came out blurry and the only decent photo I got of the front of the Stone was this: 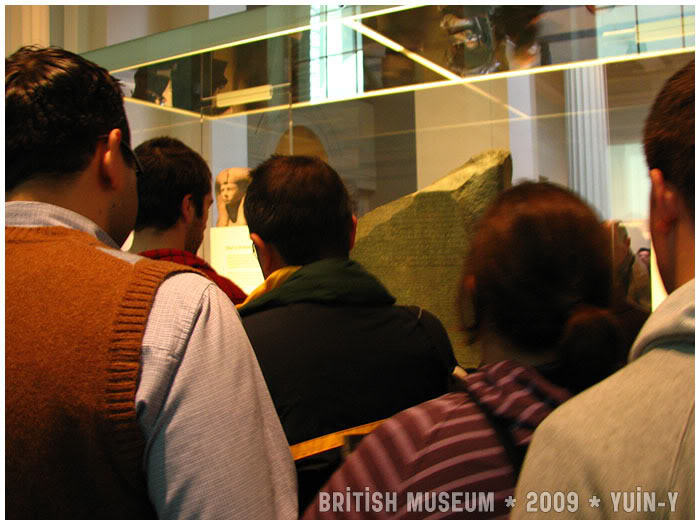 Taking a photo of the back is much easier though, since there’s nothing of note there. 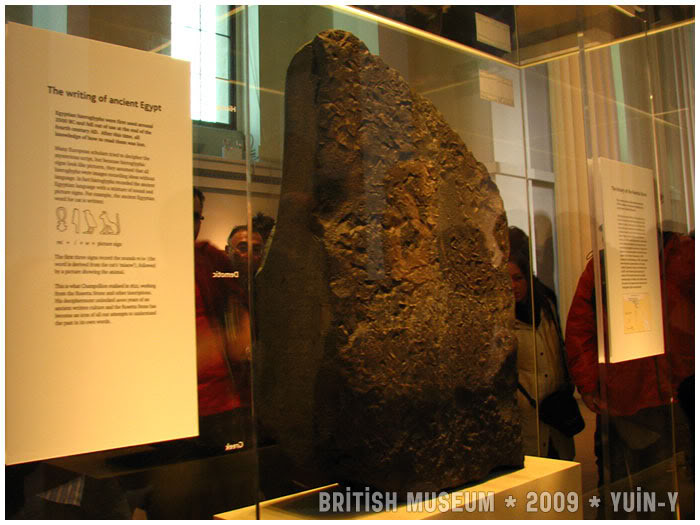 Part of a statue of Amenhotep III. 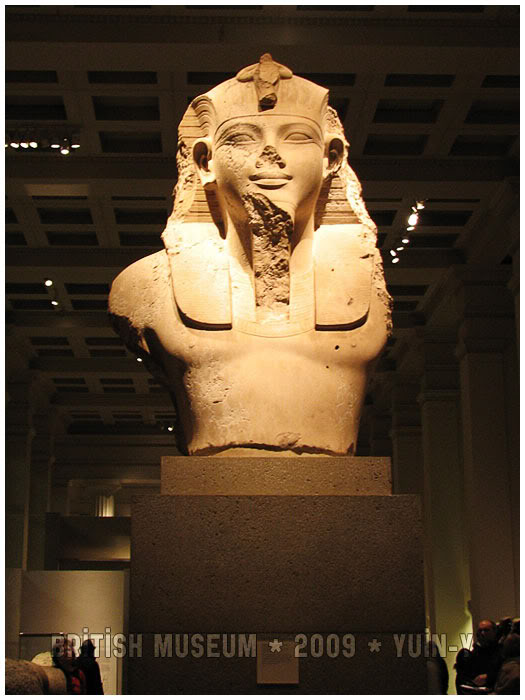 Statue of one Queen Ahmes-Merytamun. 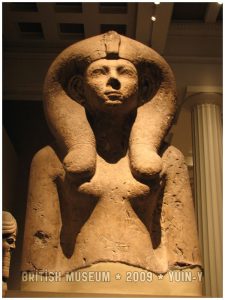 “Red granite left arm from a colossal figure of a king.” 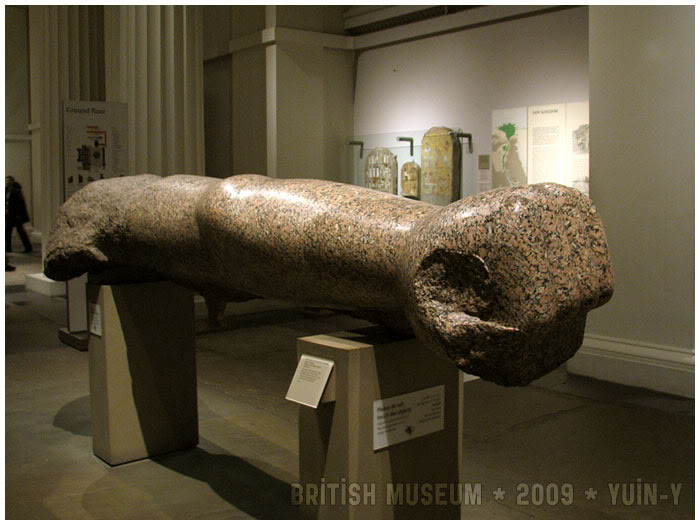 By the way, if you’re wondering why the colours in some photos look different, it’s because I changed my camera settings. Had to keep adjusting the white balance depending on the lighting. And sometimes I took several pics of the same thing with different settings (one “correctly” balanced and one adjust to accomodate the lighting in the room) so I used whichever photo turned out clearer for this post. 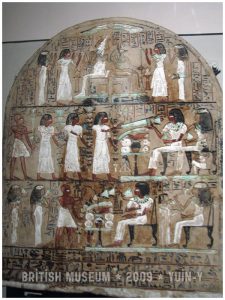 False door of a tomb of someone called Ptahshepses who married a princess and served four kings of the Fifth Dynasty. 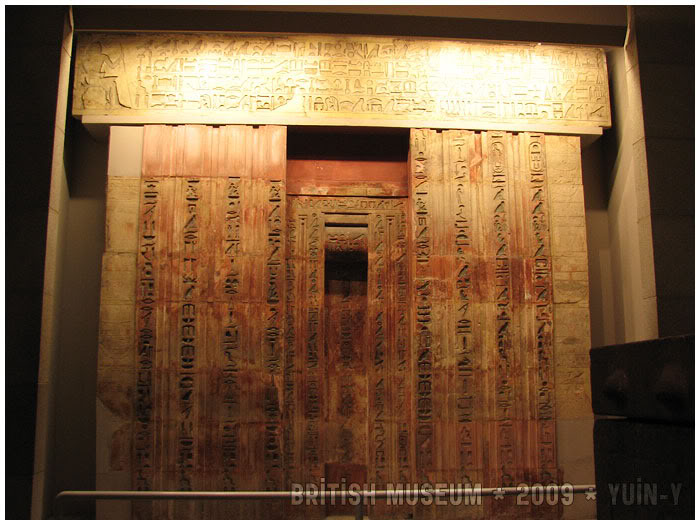 A couple of pictures of snow outside the British Museum (from my first short visit; the picture of the entrance at the start of this post was taken on my second trip on a rather sunny day). This pic is without camera flash… 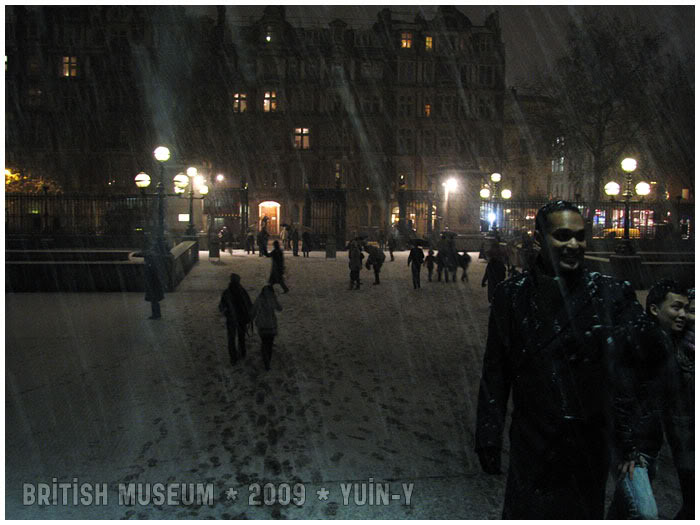 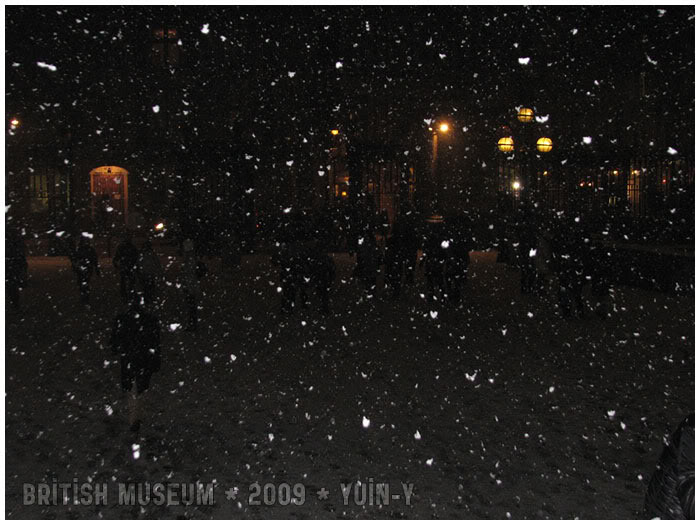 Sculpture of a ceremonial boat that bore the statue of a Queen Mutemwia. 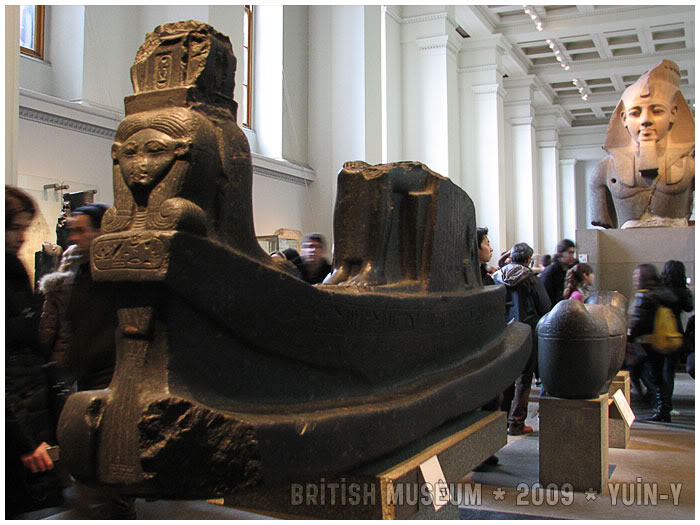 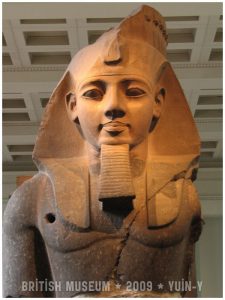 They had these signs up here and there in the museum. It’s kind of cool that they have tours specifically for the blind. 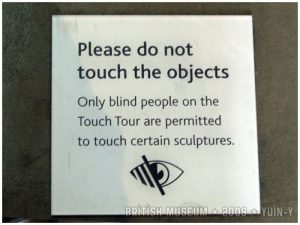 Despite those signs, some people just had to touch the stuff simply because they’re within reach and not encased in a glass box. Grrr. And usually the people with itchy hands would be Asian tourists. It’s embarrassing. I understand that it’s terribly tempting to touch these ancient objects – I felt like doing so myself – but you’re not supposed to unless it’s explicitly stated that you can (and they do have signs that say “please touch” if it’s a replica meant for the general public to handle). Augh. 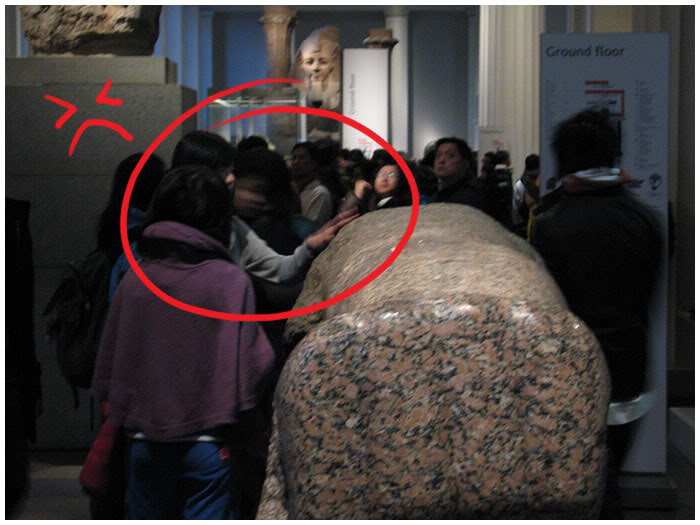 The Gayer-Anderson cat, recently “investigated” using X-ray flourescence to determine what it’s made of. 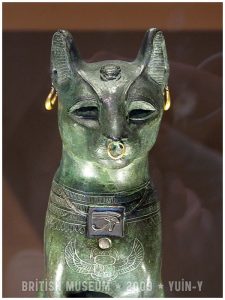 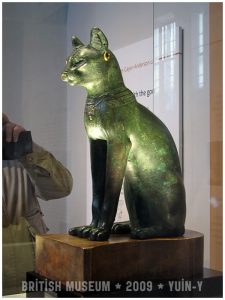 A Horus falcon (which looks more like an owl to me) with one eye and beak restored. The other – presumably the pupil-less one? – is the original ivory and bitumen inlay. 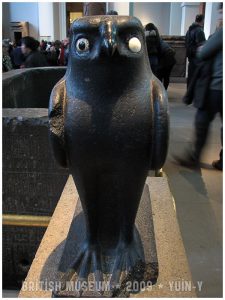 Sarcophagus of Ankhnesneferibre, “the last ‘God’s Wife of Amun’ before the Persian conquest of 525 B.C.” 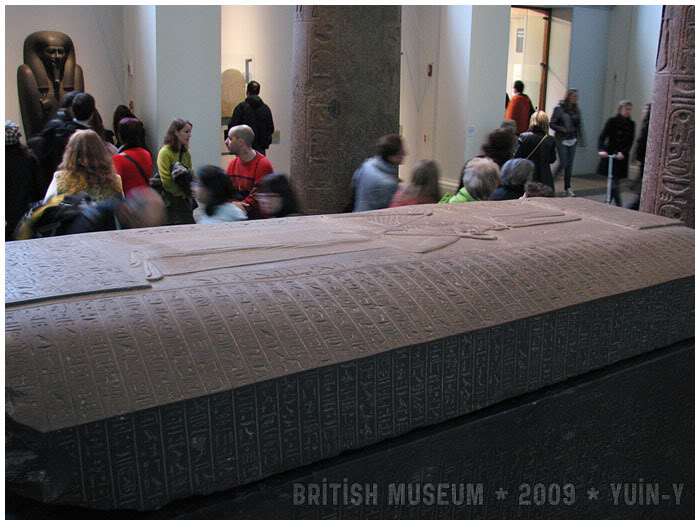 A red granite column inscribed with the name of Ramesses II from 1250 B.C. 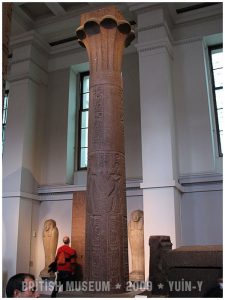 Wall carvings from the South-West Palace of Nineveh (yes, Jonah’s Nineveh. I’m not sure if it was from Jonah’s time though. hahah). Close-up of part of the carvings. 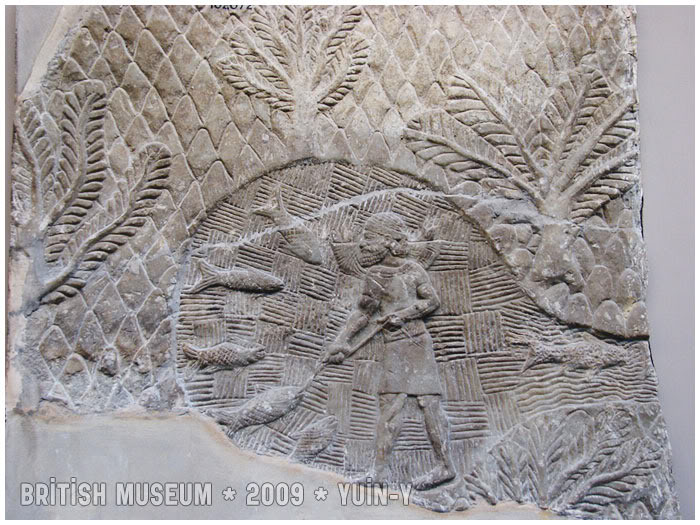 Up next is Greece!