On to Grecian relics!

We begin with Lely’s Venus: 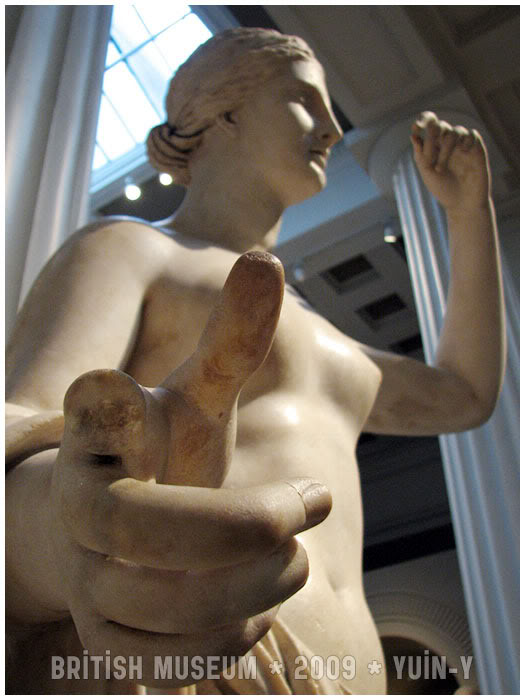 A reconstruction of the Nereid Monument from Xanthos. They’re frank about the fact that the “original place of many of the sculptures on the building is open the question and [this reconstruction] is disputed.” 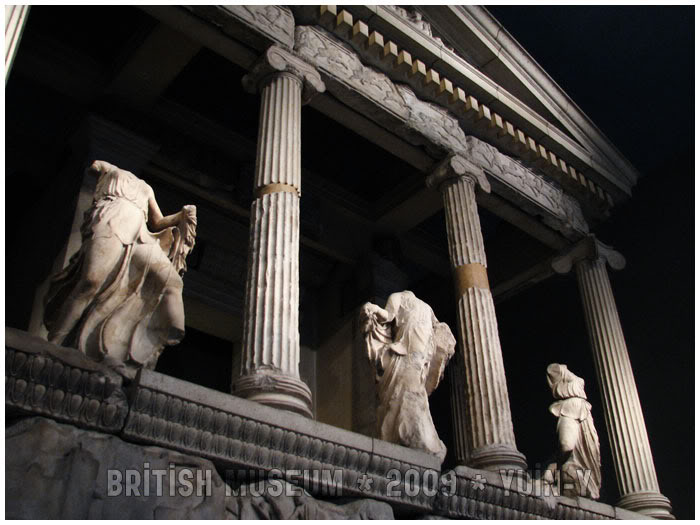 There are the original Nereid statues. 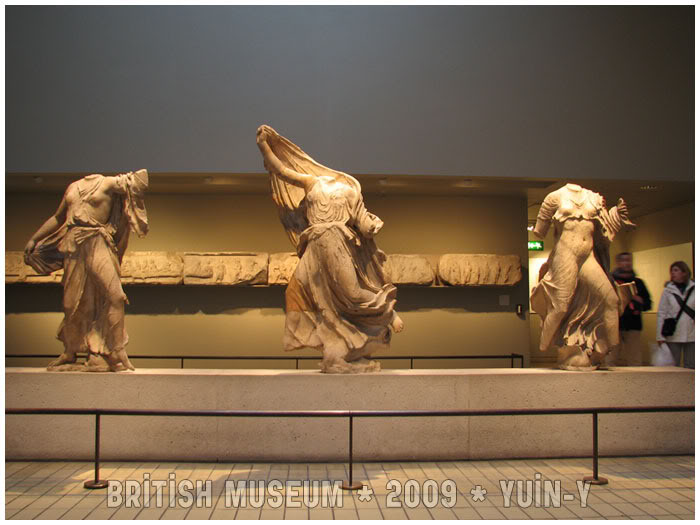 More consideration for the blind. The info boards in some sections had Braille letters embossed on them: 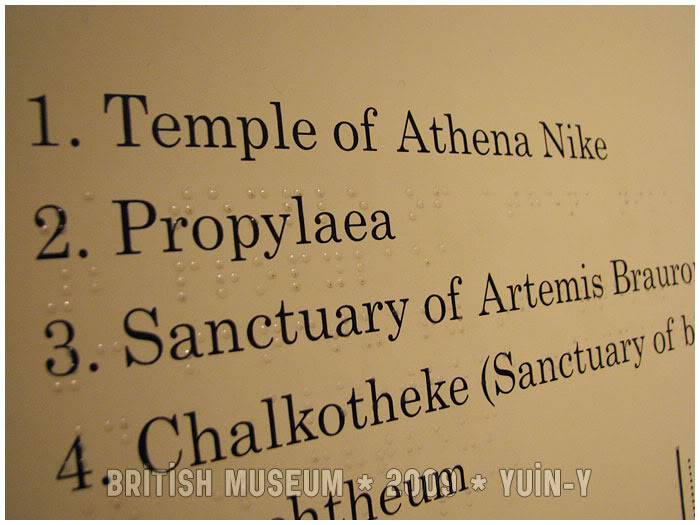 Part of a frieze from the Parthenon, I think. 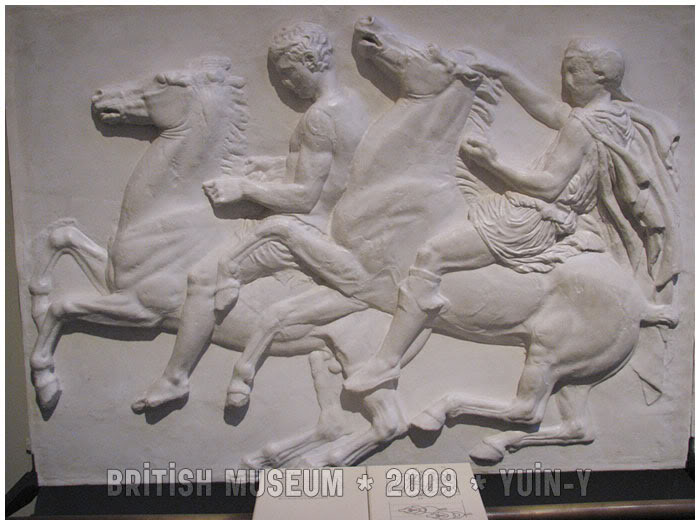 A couple of metopes from a series showing battles between the centaurs and Lapith. Kind of amusing how statues and carvings tend to lose the heads and limbs most often. 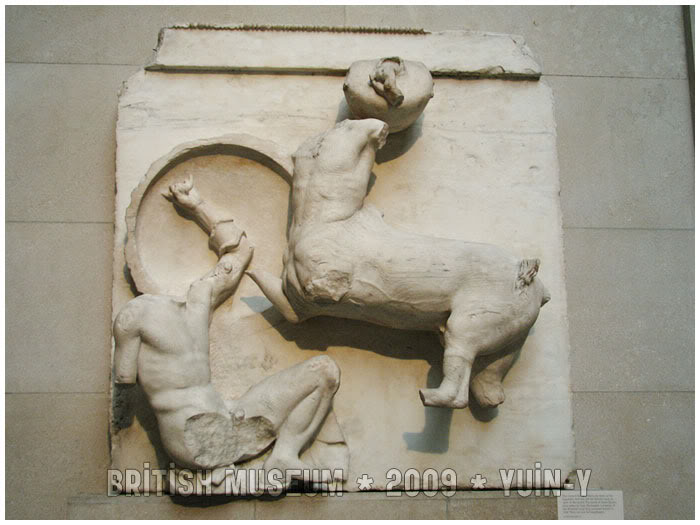 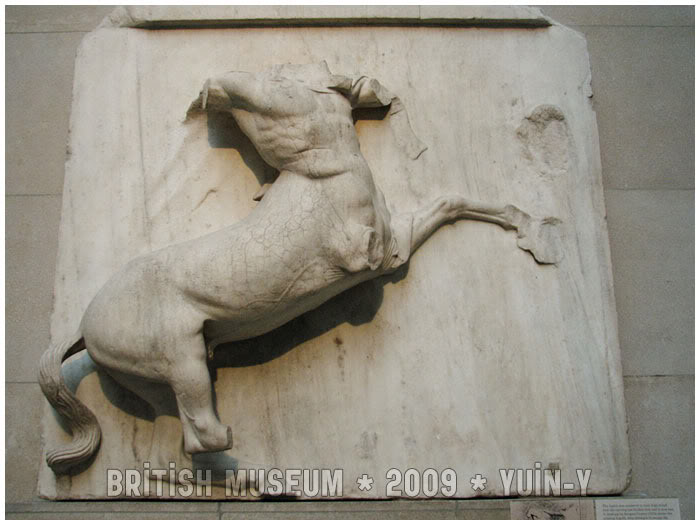 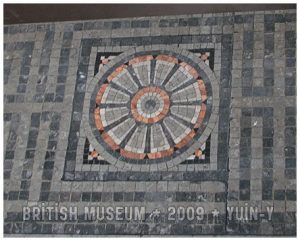 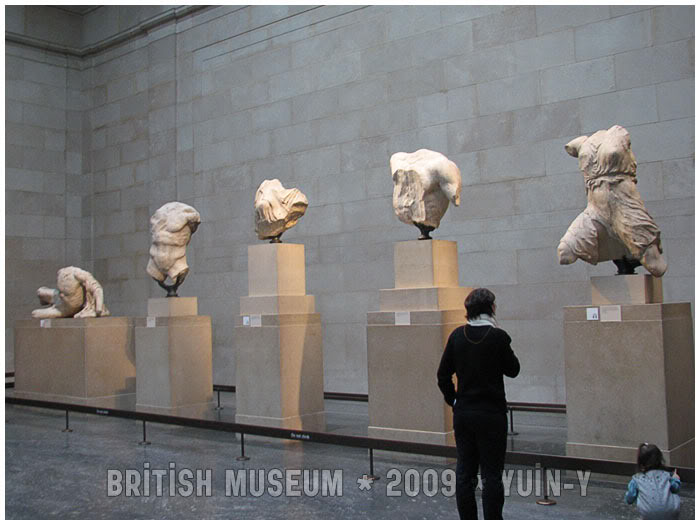 More views of the hall and the friezes and statues, click for bigger versions: 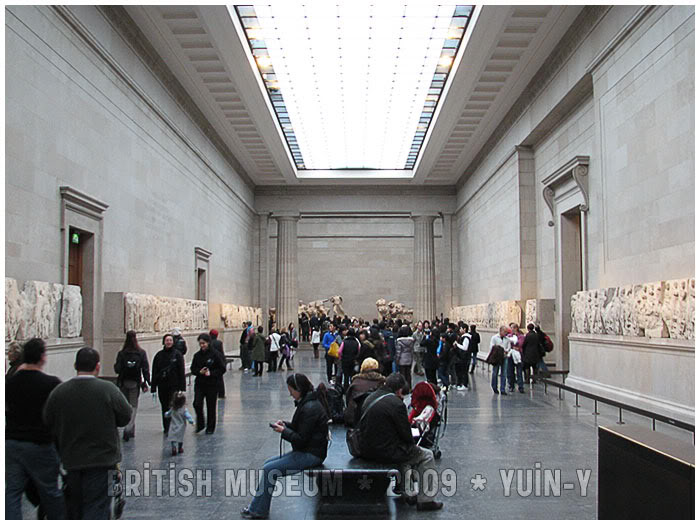 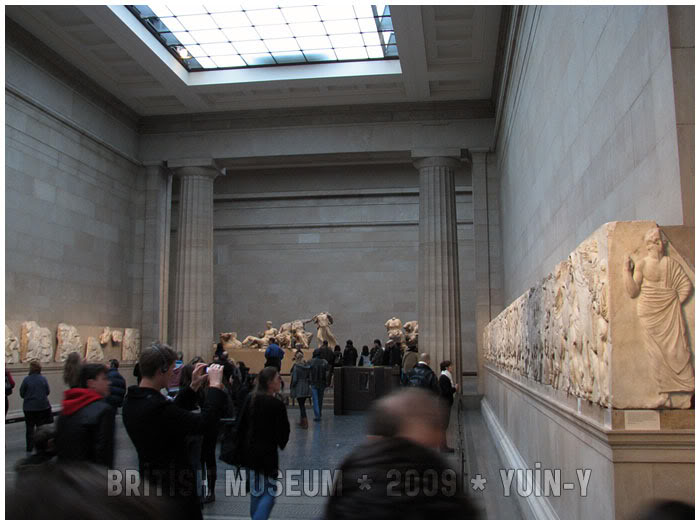 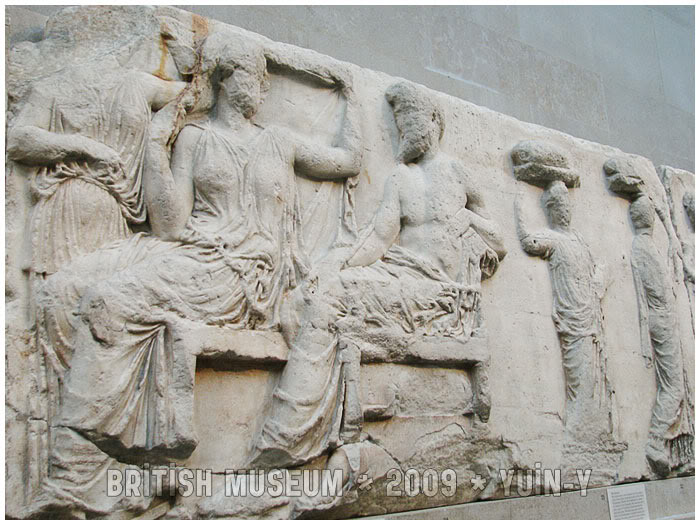 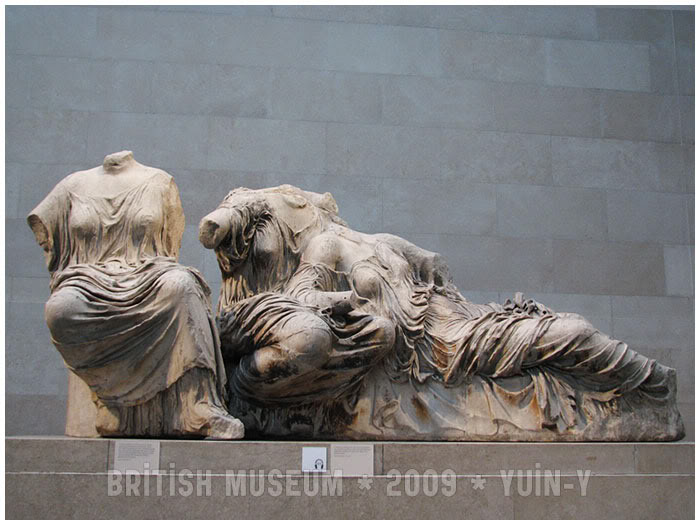 And look, a metope that still has the heads and most limbs attached! lol. 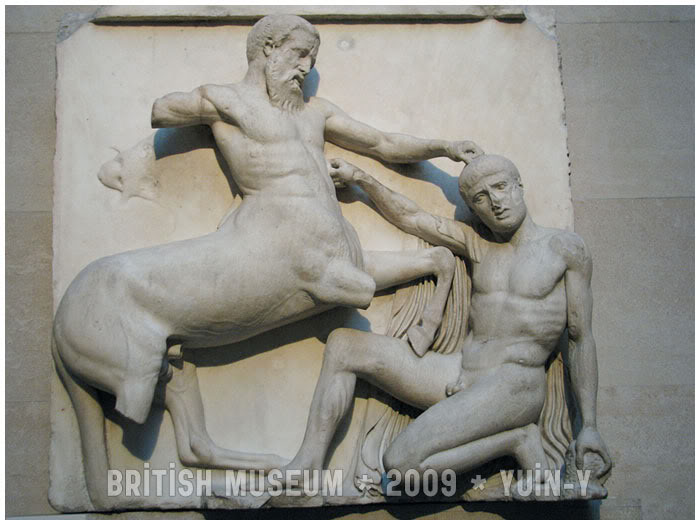 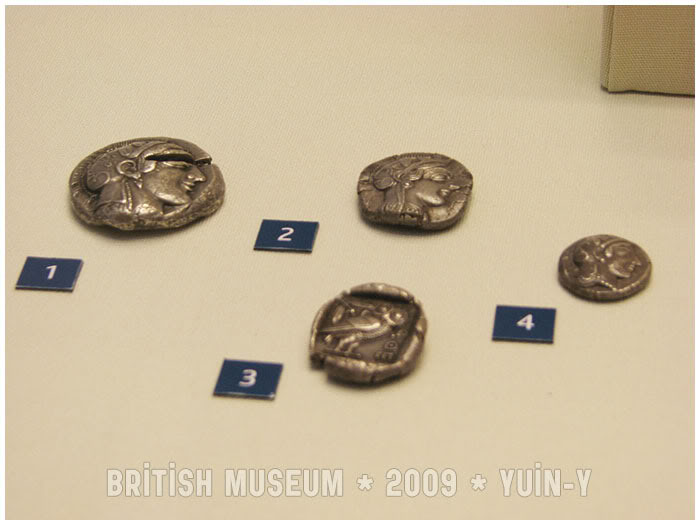 The room with all the pottery samples from the – err.. the pre-Classical Greek era? – were kept in a room that was surprisingly “normal” to me. It even had a kind of old-ish feel… dunno how to describe it properly. hahah Well-maintained still, but it just felt rather different from the other parts of the museum. Early Greek alabastra (oil/perfume flasks) from approximately 650-600 BC. Quite a far cry from the later Athenian black and red pots. 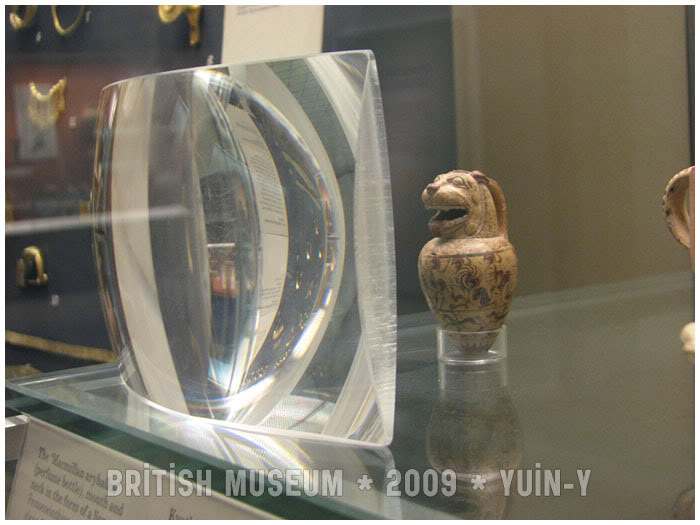 It really allowed for the painted details to show up. I was surprised – such fine painting! And also from Sparta: 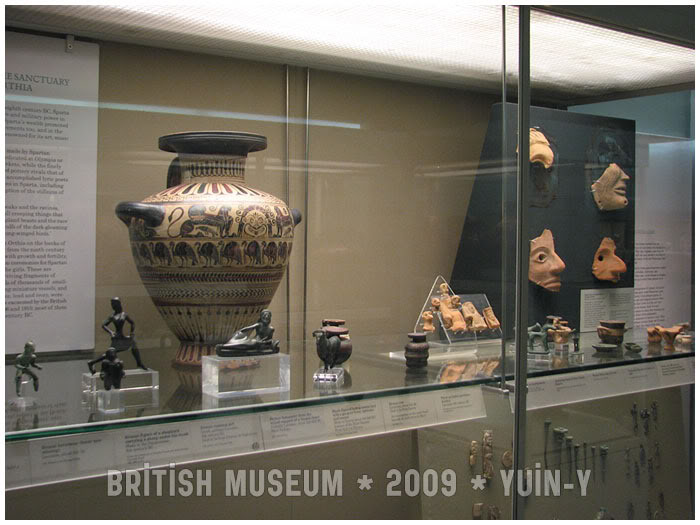 One more post to after this for the British Museum!