Met up with Ming, Yan and Shawn on December 28th, and Aunty Lee Choo and Uncle Kevin took us around St. Alban’s for a bit. I was definitely still flu-ey that day (apparently sleeping most of Christmas and Boxing Day didn’t help a great deal) and was extraordinarily clumsy (I fell down twice, which was so undignified and so not fun; I’m just lucky I didn’t twist my ankle or something).

There used to be a Roman town there, I think. Behold the remainders of the Verulamium! 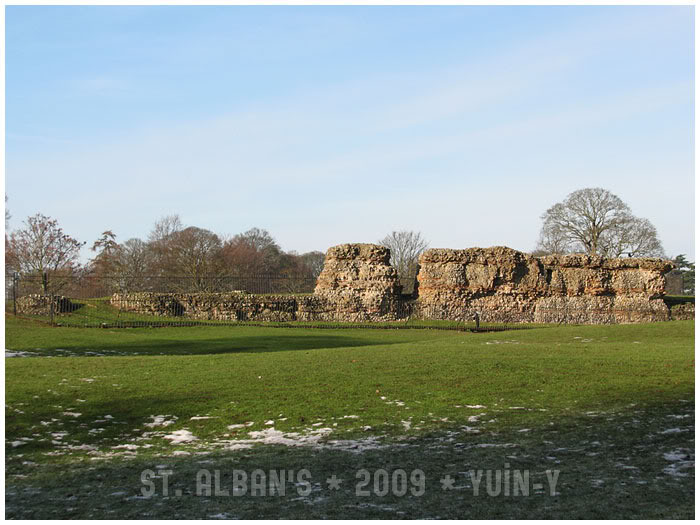 (And as with my other London posts, pictures are clickable thumbnails~)

The frozen lake, with birds walking on the ice. 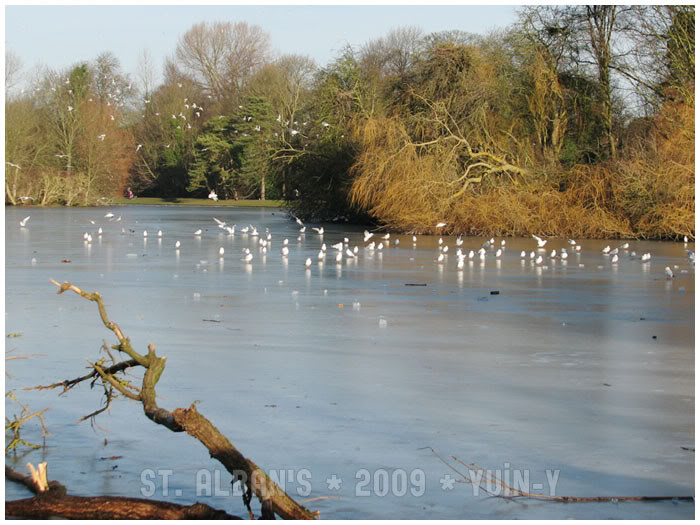 And where it wasn’t frozen, the birds swam instead. 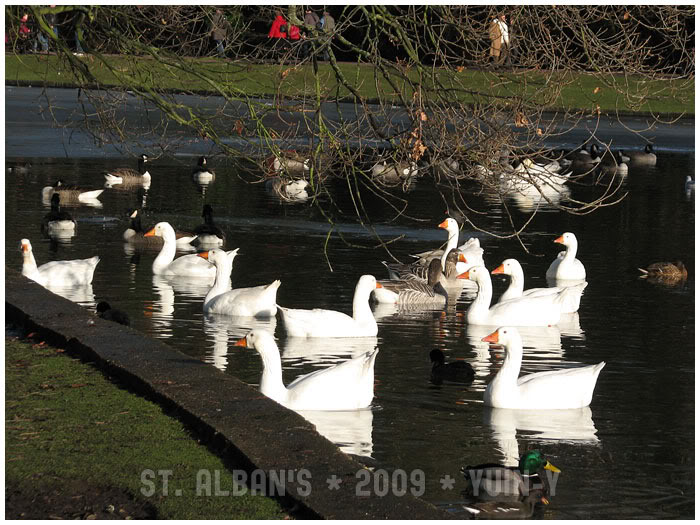 I’m amused by this pic. It looks like a duck drill sergeant inspecting his troops. hahah! 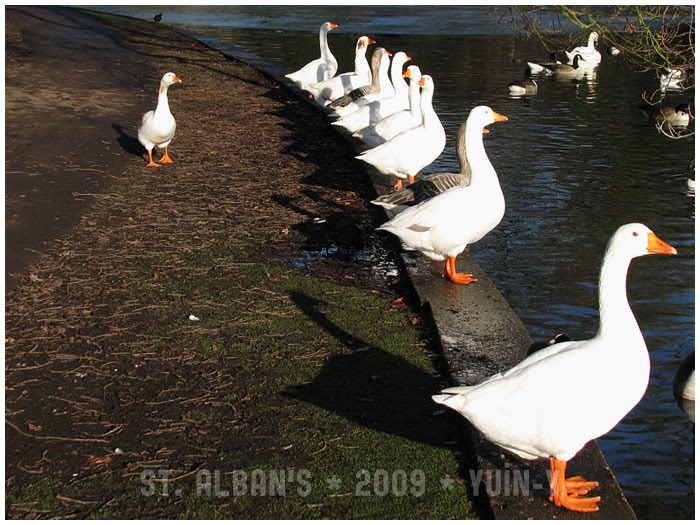 The ducks are soooo greedy. Give them a hint of food and they’ll all start following you around. 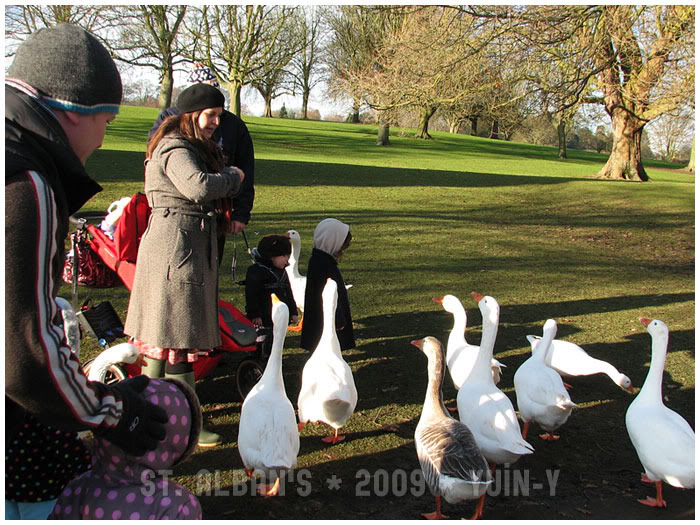 I don’t know what bird this is, but it had striking colouring. Yellow eyes, bluish beak, purplish head and black and white feathers on the body. 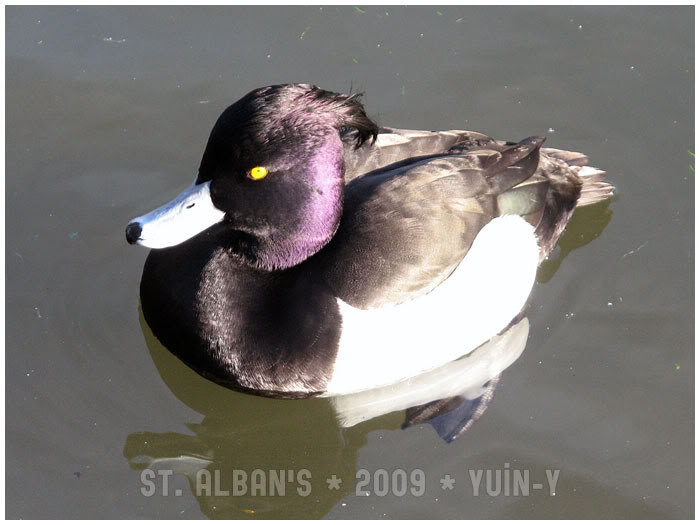 A swan! I love swans. They just may be my second favourite animals after dolphins. 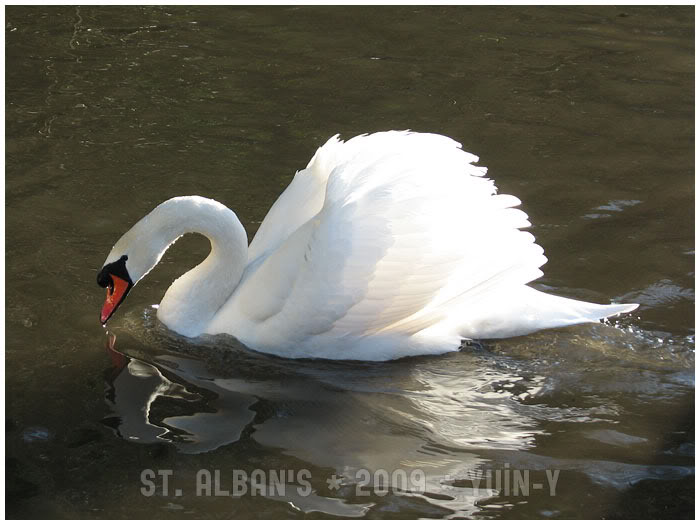 This was a really peculiar bird. No idea what it is though… 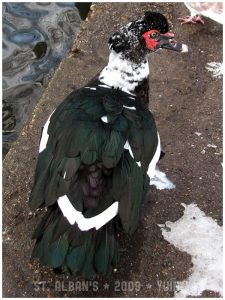 We went to St. Albans Cathedral. (Aaaaaaaand I just noticed that I marked all the pics wrongly. I don’t think there should be an apostrophe in St Albans. Ish. Whatever.) 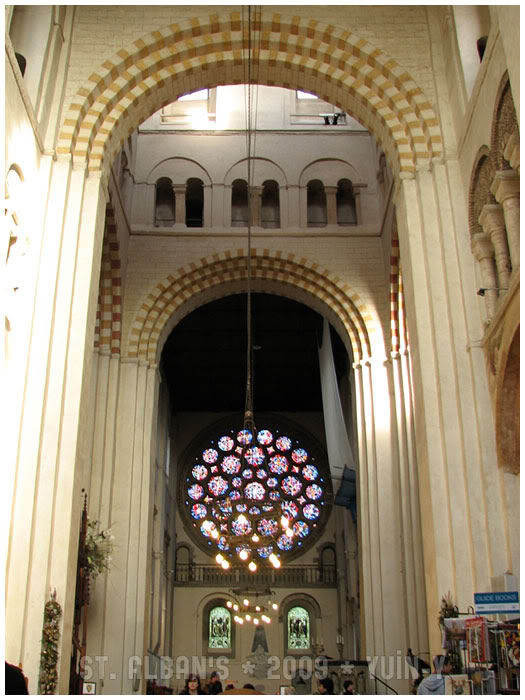 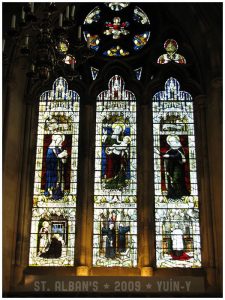 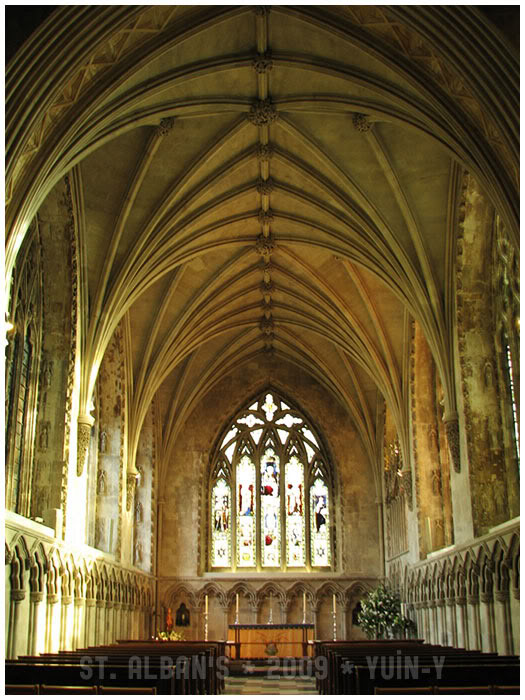 I wish this picture was sharper, but otherwise I really like this one! 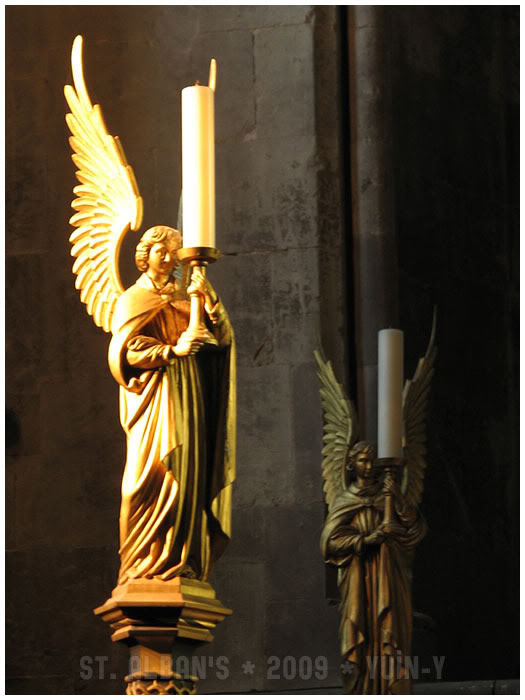 Sometimes all these carvings disconcert me a bit because they remind me too much of Buddhist and Hindu temples. Nevertheless, the worksmanship is amazing! 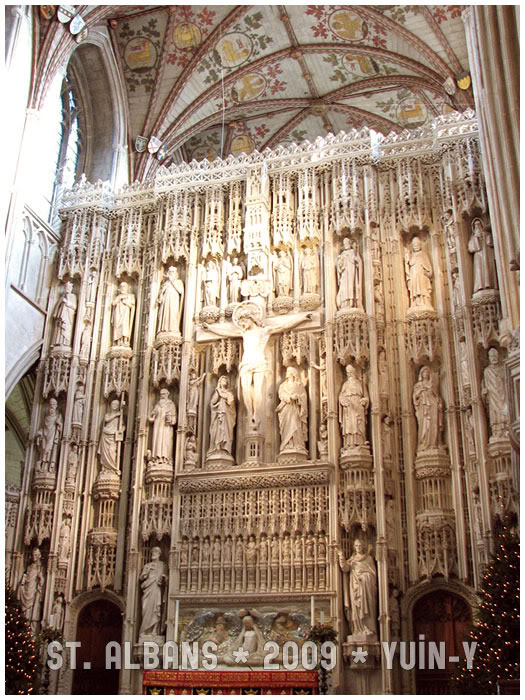 The ceiling was pretty too… 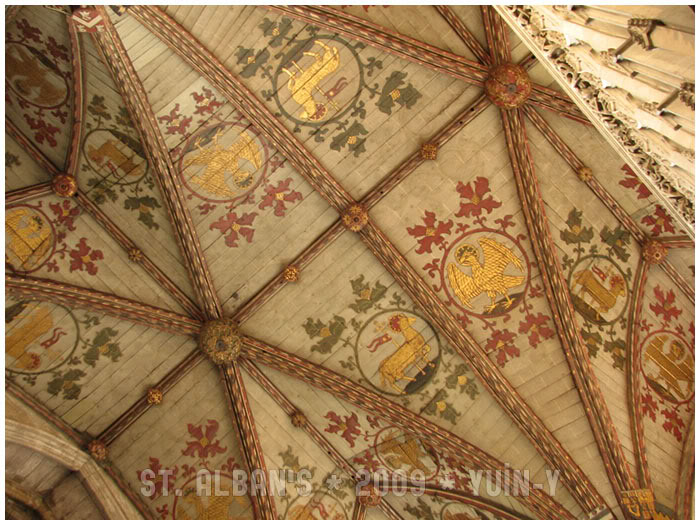 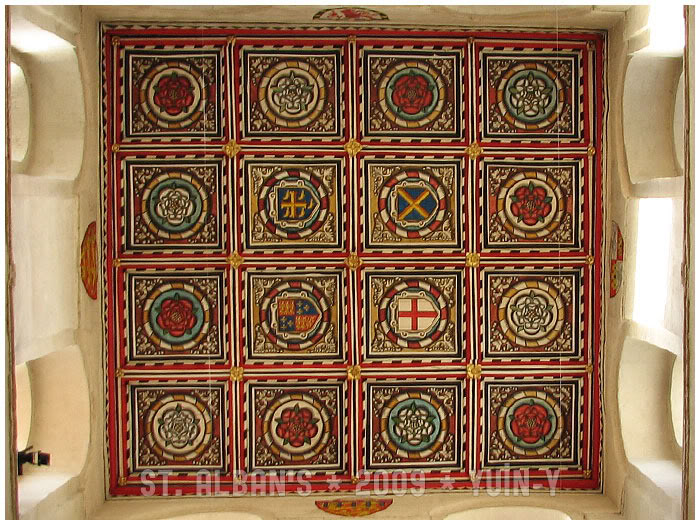 Okay! What’s next… Hmm. I still have pics from Kensington Palace (although I won’t post many since a lot aren’t to my satisfaction) and Hampton Court. And a few from Liverpool.