I have nearly zero resistance to spending a day in Disneyland, especially when on my own in Tokyo. Arrived at Disneyland with time to spare before the “Happiness is Here” parade so I bought myself a snack and settled down to wait. 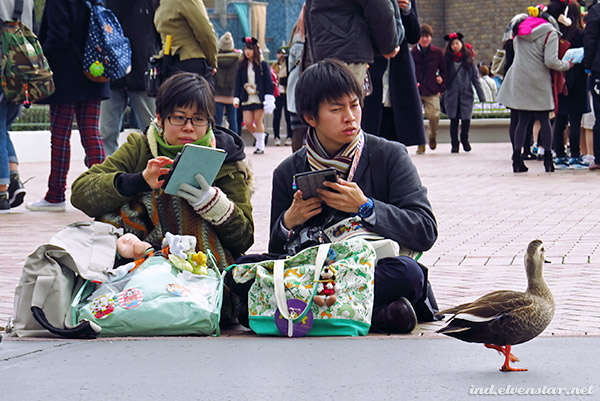 People-watching at Disneyland is always fun. Fussing over a princess. (Part of me really wants to know if this family was Chinese.) 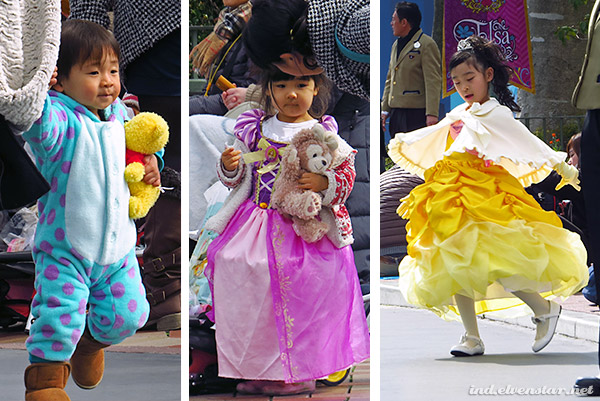 So many adorable little kids all dressed up! That Belle look is extra pretty with the cape. 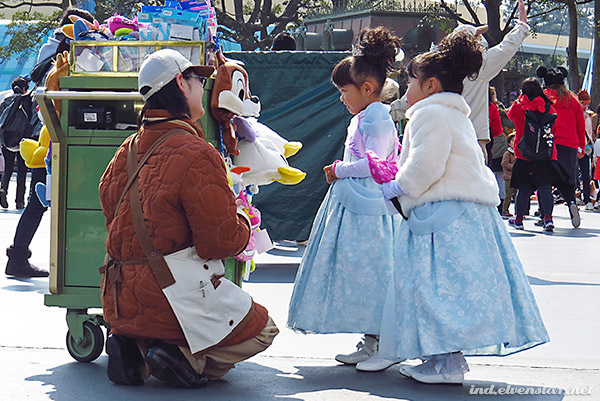 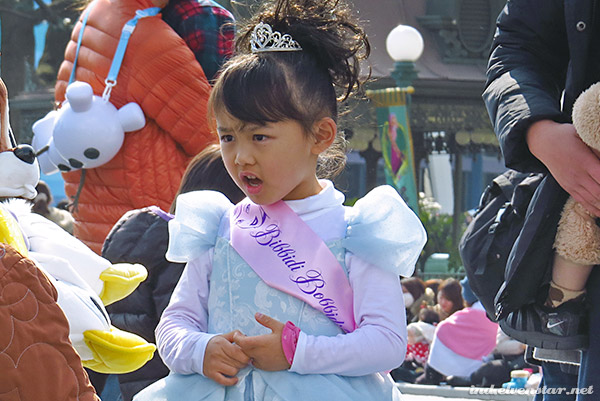 “You mean I have to pay for this stuff?” 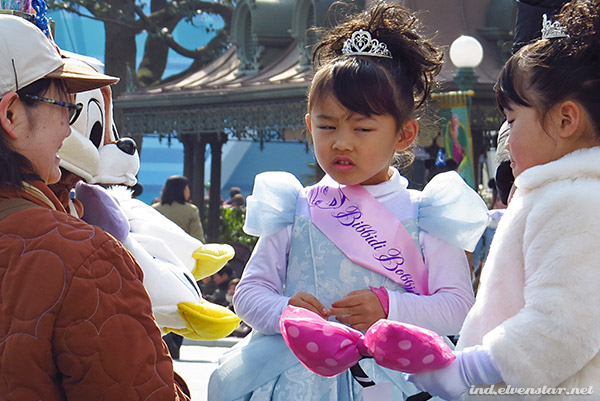 “Let’s not bother with these commoner items.” 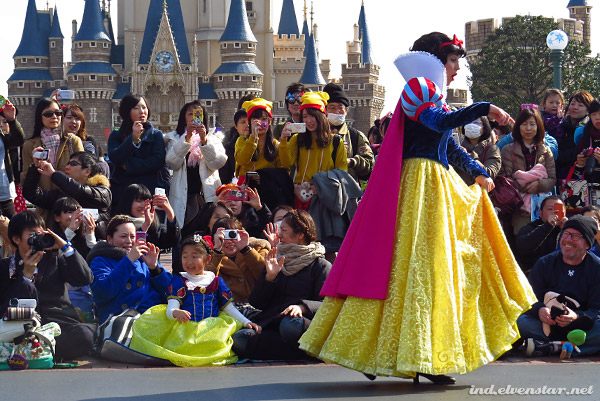 The parade gave me this opportunity to have a grown-up Snow White and a kid Snow White in the same shot. 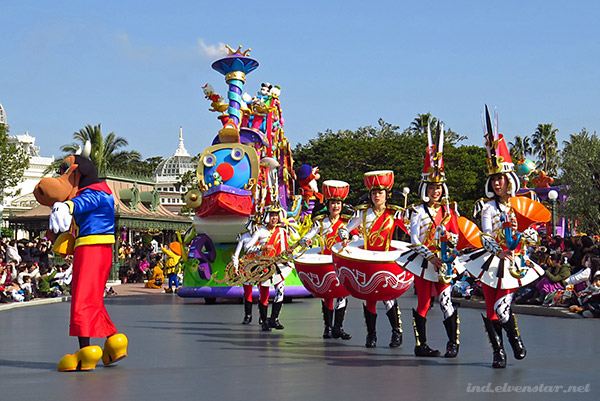 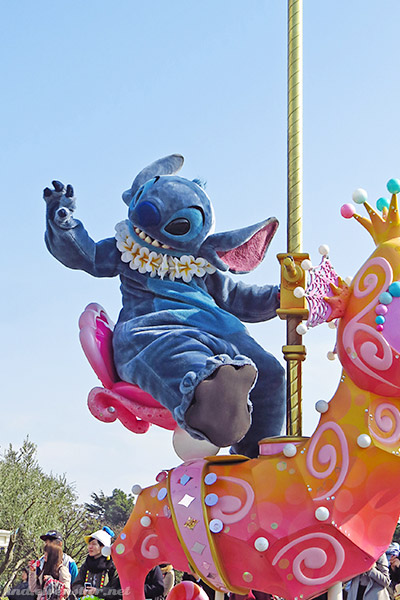 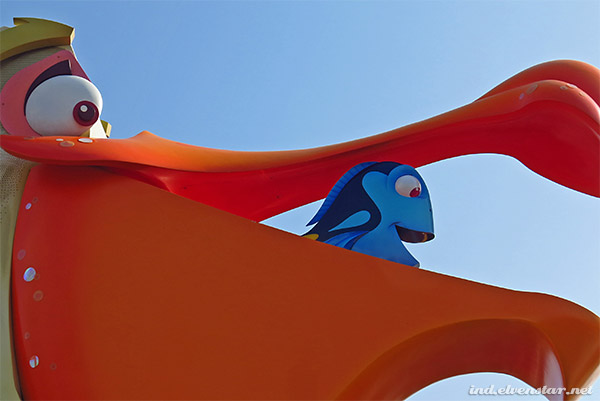 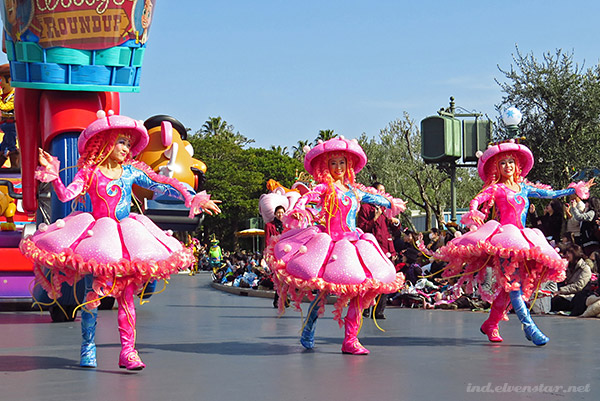 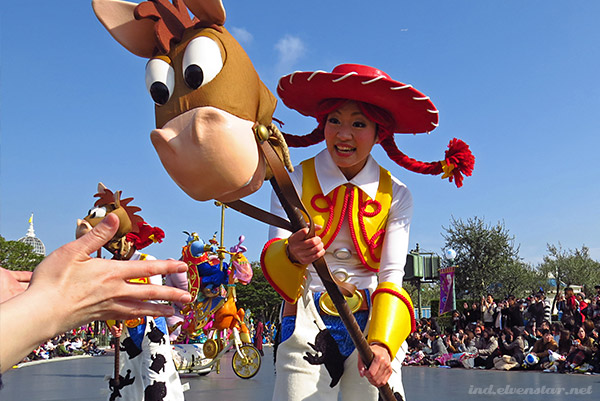 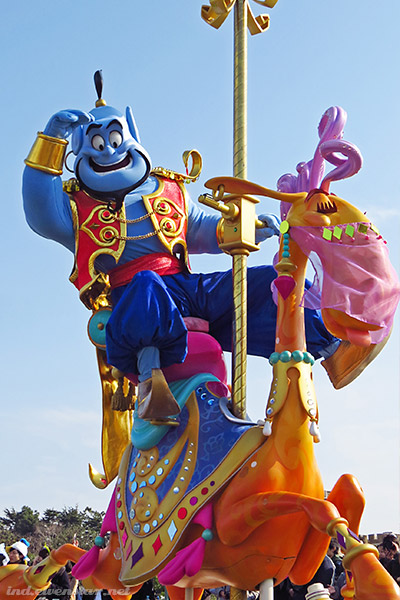 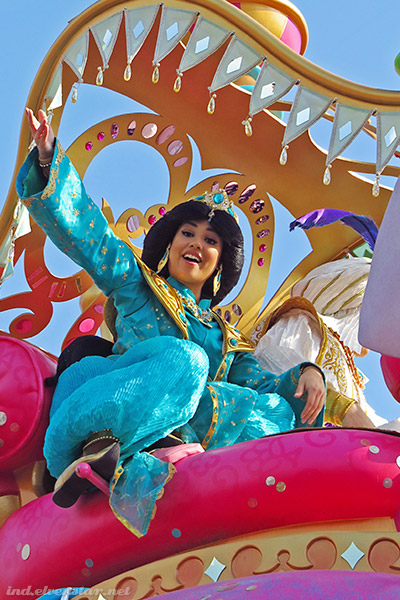 This blue and gold combo works too. 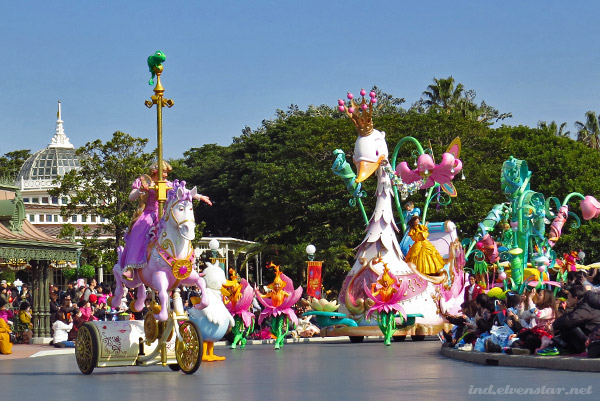 The swan float is pretty! 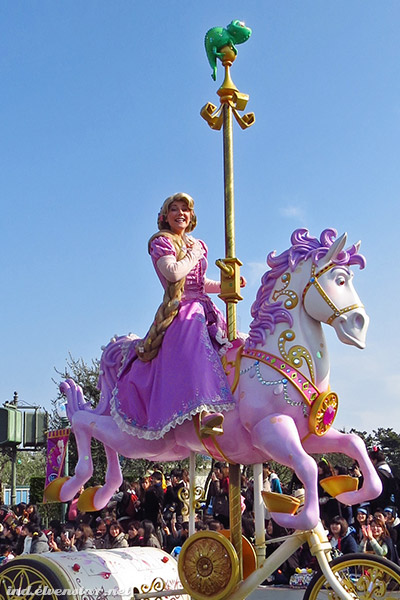 Rapunzel on a carousel horse… This reminds me of Mary Poppins all of a sudden. More princesses. Interesting to see how their iconic gowns are designed for different seasons and occasions. 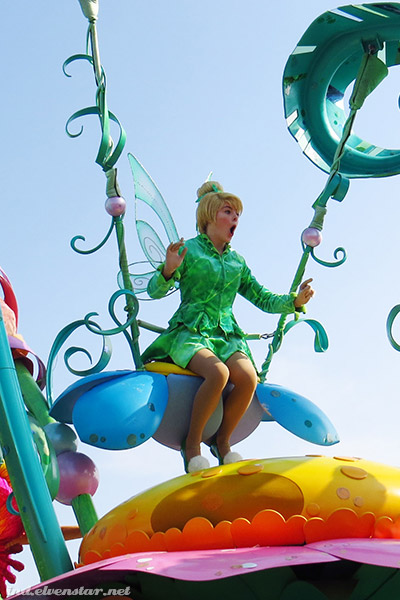 Tink makes an appearance too 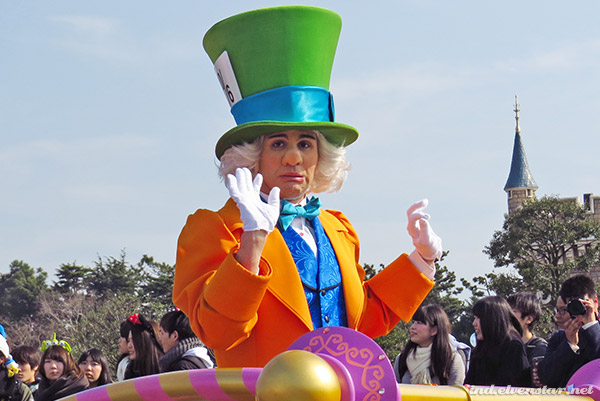 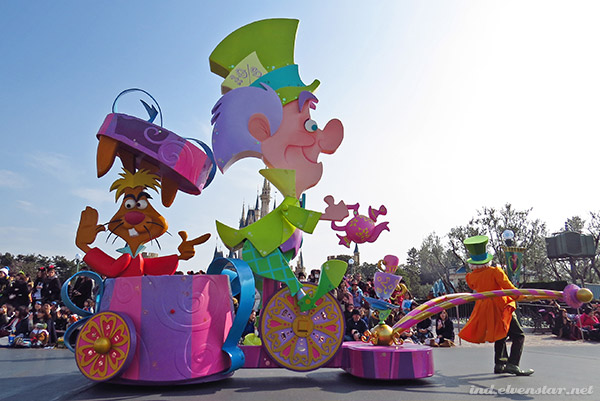 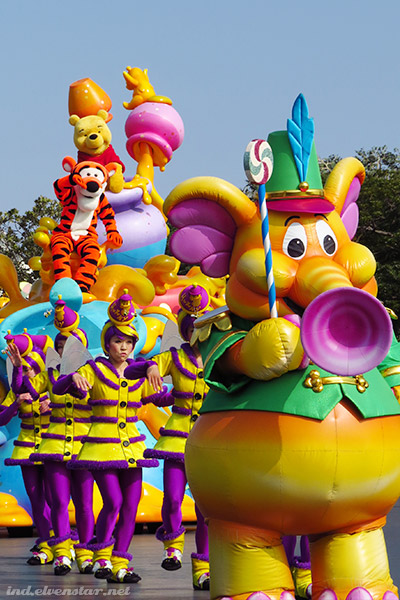 A heffalump leads the Pooh section. 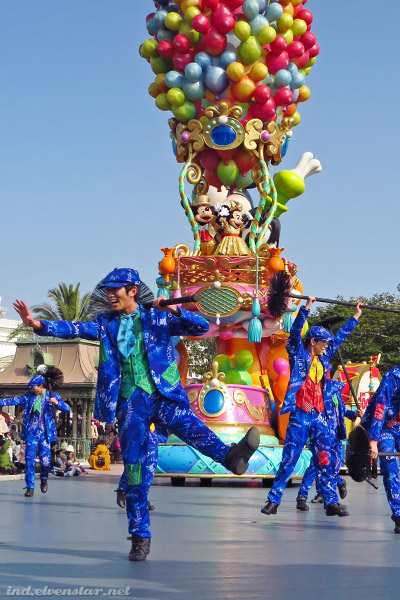 Mickey and friends, heralded by chimney sweeps in blue. Due to the relatively low visitor count at that time of year, I managed to get not one, but TWO fast passes! So exciting! 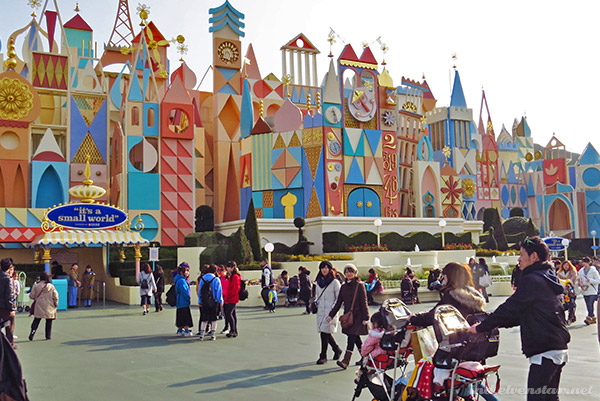 The Small World ride didn’t have a sea of baby prams outside and the wait wasn’t ridiculously long so I finally managed to get on this! 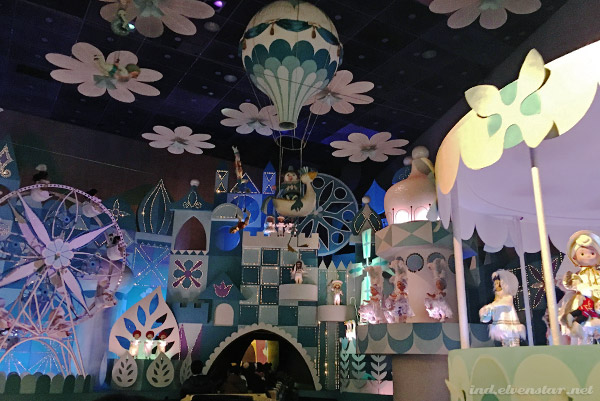 Didn’t take many photos since it was kind of dim and the boats went by quite quickly. But it was quite enjoyable.

Would have been more enjoyable if not for the Chinese kid behind me with his mother and grandmother. He was being the typical brat and at one point, reached out and tugged on some hanging stuff as the boat went past. His guardians did nothing until I turned around and gave him a disgusted look. Then the grandmother hurriedly made him let go. *rolls eyes*