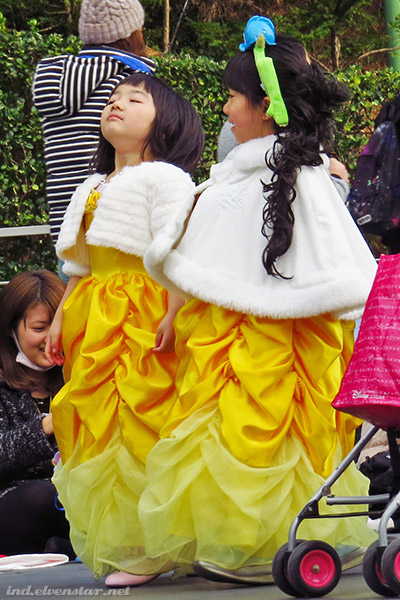 Super amused by the mochi aliens in an alien container. This little girl in the Donald Duck outfit was so cute! And I was just really really really curious about this woman. Was she a Disneyland staffer? Was she just a random visitor? If she’s a visitor, where did she get that Anna dress and how can I get one? I don’t love Princess Anna, but that dress is very pretty! 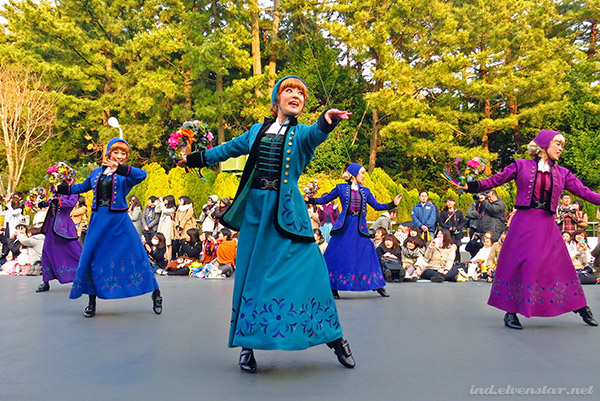 I love the jewel tones in all their dresses. 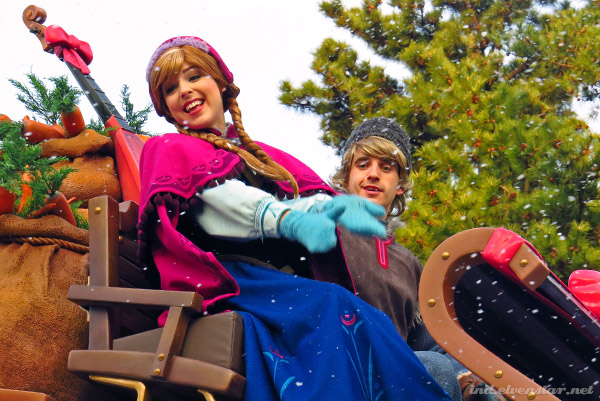 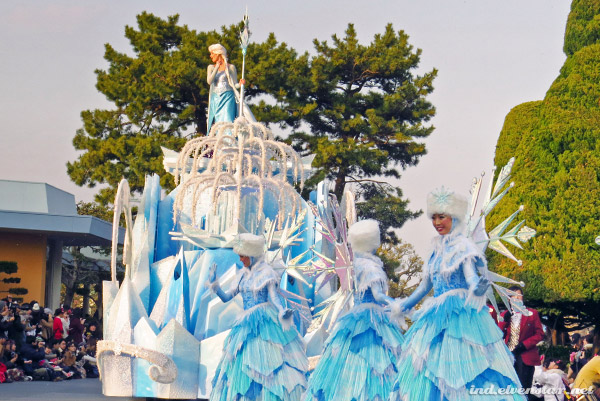 Queen Elsa, in her icy glory. Hans was at the back of the very last float, accompanied by guards. He turned around and gave me this shot. It’s blurry, but I find it hilarious XD 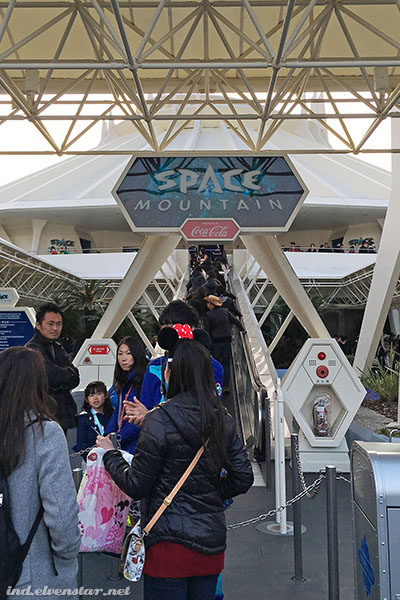 I finally made it to Space Mountain!!! After what, three different trips to Tokyo Disneyland? 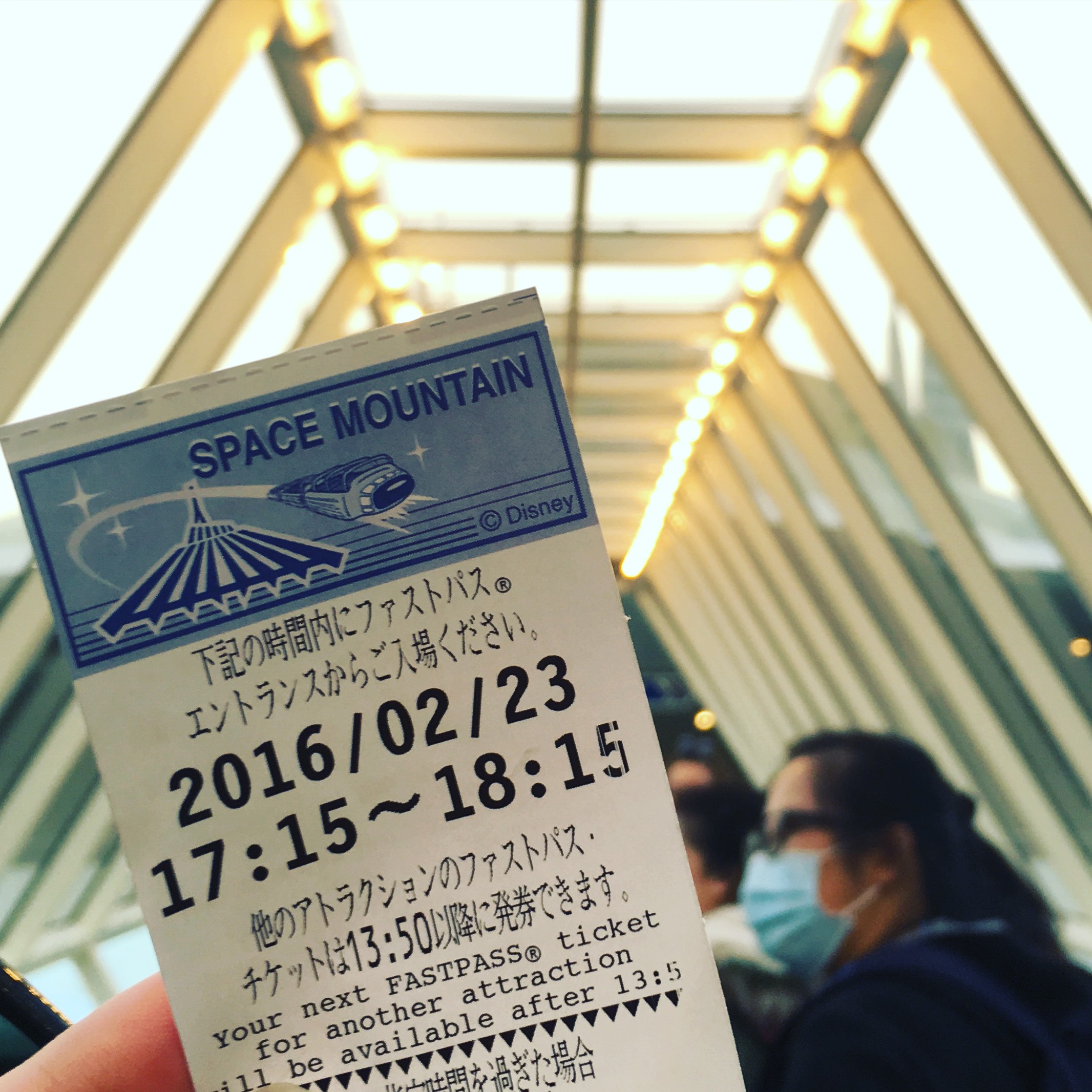 The waiting area. Disneyland does waiting zones quite well… I wish it had been a tad brighter in there though. An evening shot of the castle, with lots of people taking pictures in front of it. 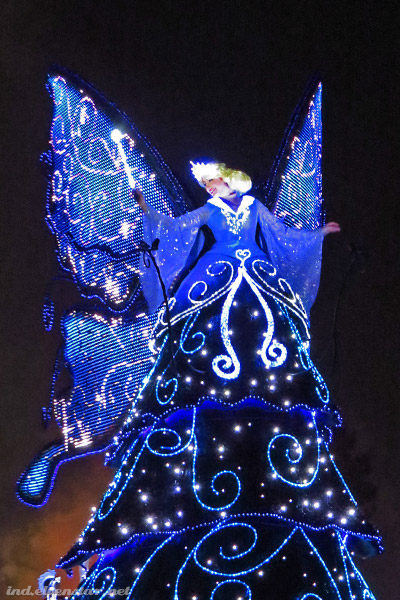 Night fell, and it was time for the Tokyo Disney Electrical Parade: Dreamlights. Blue Fairy leads the way once again. 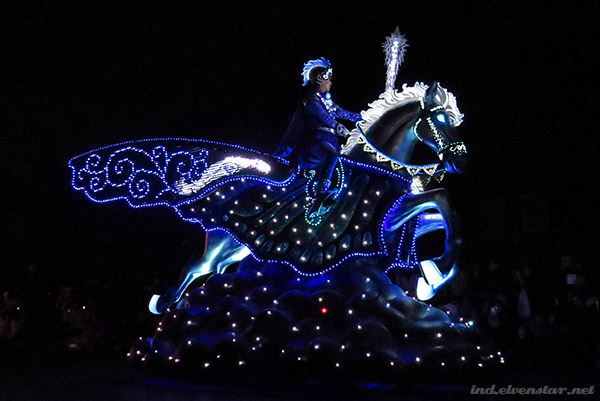 A knight on a horse. Cinderella and her fairy godmother. 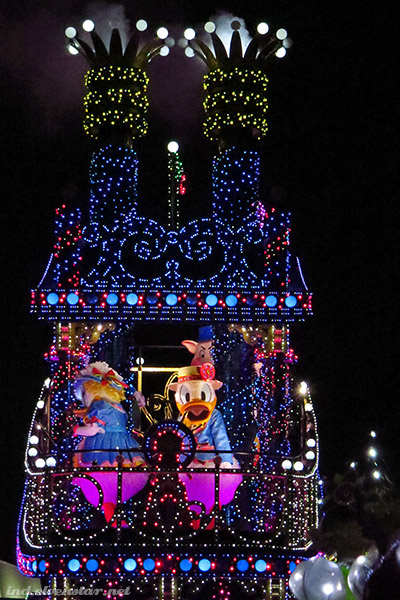 Donald and Daisy and the Three Little Pigs 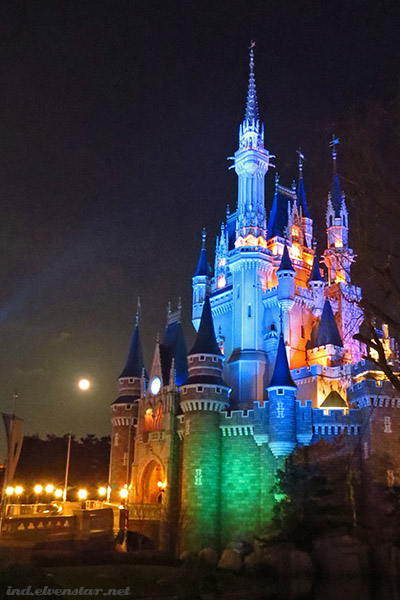 The castle is beautifully lit at night. And look at that full moon! I think this was the Once Upon a Time night show? There were seats right in front of the castle but you had to ballot for them and I didn’t do so. So I was kinda stuck behind a mass of people. I should’ve tried to get a seat… Fireworks going off all at once makes the castle look like it’s ablaze! 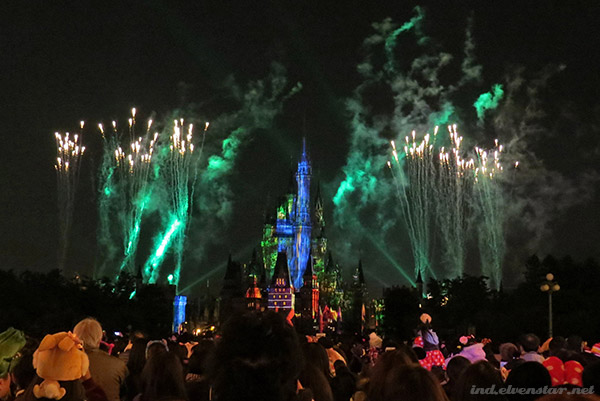 I am not good at getting fireworks shots. This is a picture I really like and it has been my phone’s lockscreen image since 2016. I also finally caught the fireworks show – for once, no weather problems impeded it. But it was rather lacklustre… 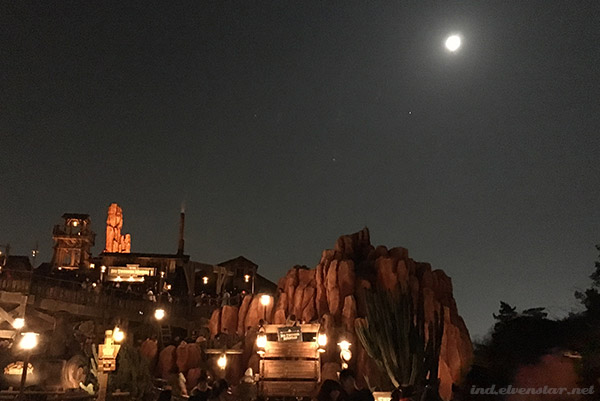 The last thing I did was go use my fastpass at Big Thunder Mountain. And I conclude that I like this way more than Space Mountain. haha