I don’t think doing Kanazawa as a day trip from Tokyo is a magnificent idea… But as I was on my own and had a JR Pass, I figured why not? 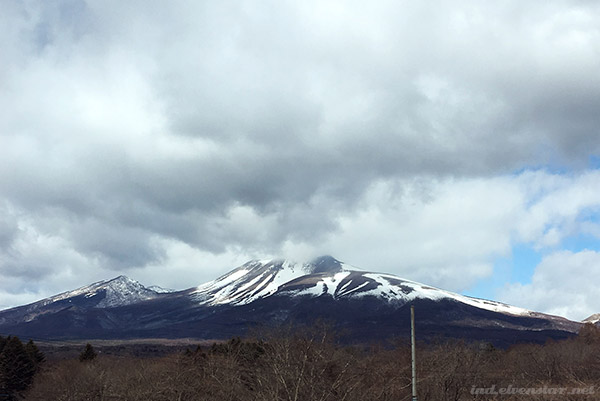 There were some pretty views of the countryside as the bullet train hurtled towards Kanazawa. 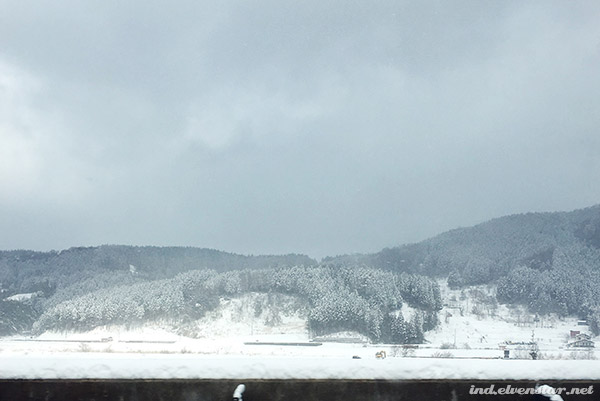 Snow! So much snow. I believe the train passes Nagano at some point. As Nagano once hosted the winter Olympics, I’m not surprised by the amount of snow in the region. A seaside town with snow-covered roofs. 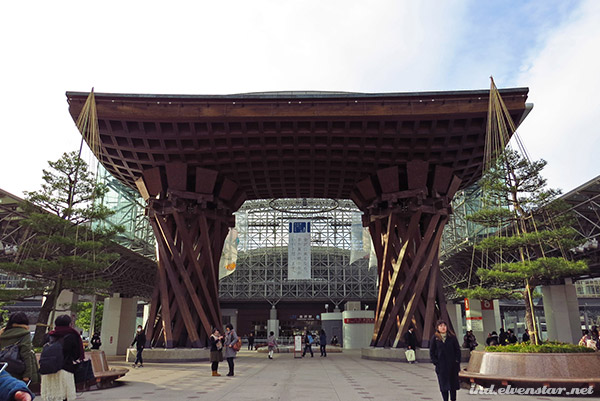 Took a bus to the Higashi-chaya district, which is rather like Kyoto’s Higashiyama area, but with what felt like slightly different architecture to me. 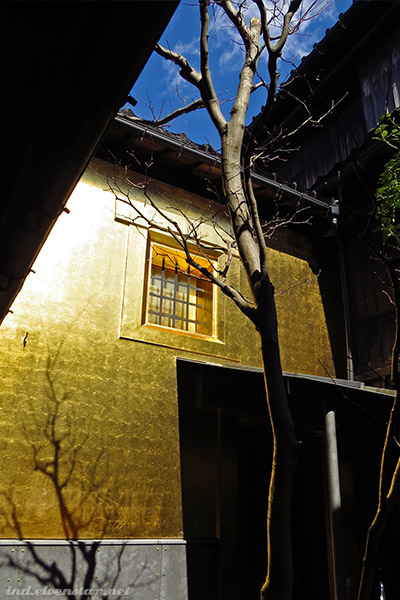 This is the “Storehouse of Gold” at one of the shops in Higashi-chaya. The wall is covered in gold leaf and it was so shiny. A quiet side street. 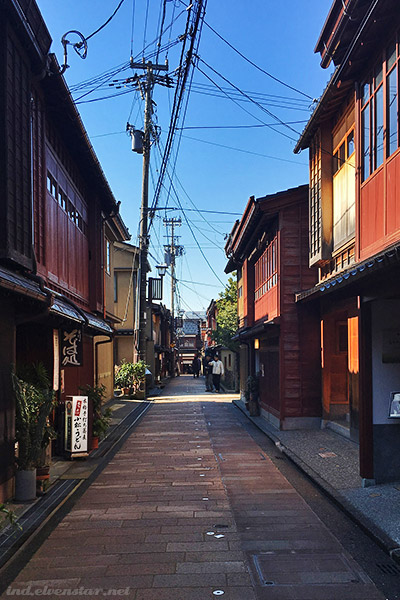 This place is far less crowded than Kyoto’s equivalent, that’s for sure. 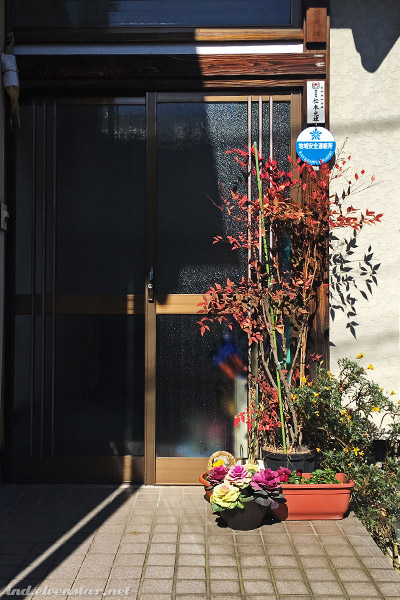 A doorway I found charming. 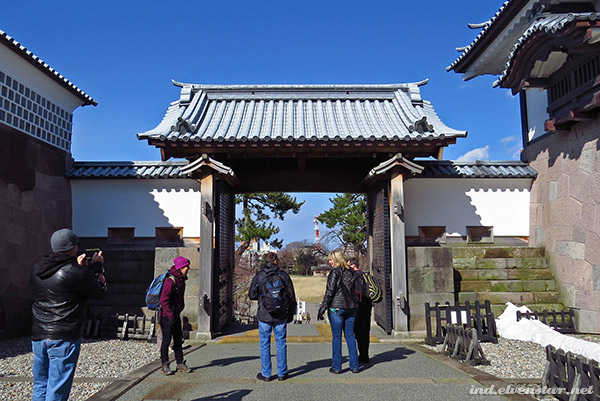 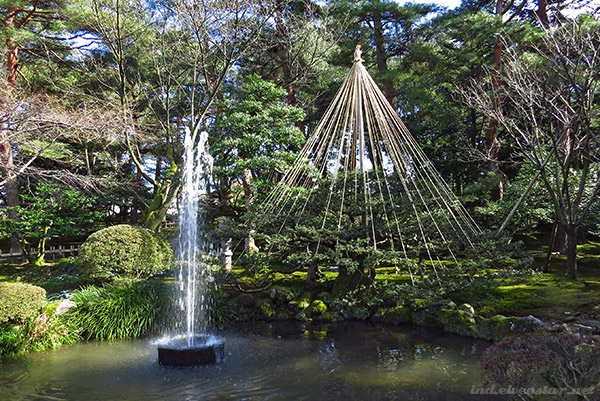 I paid a visit to the vaunted Kenroku-en, supposedly one of the (if not the) most beautiful gardens in all Japan. 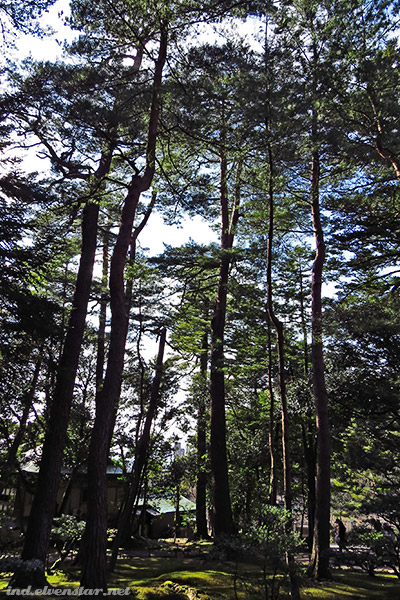 I can see why people would call this a beautiful park. Almost as charming as cherry blossoms! 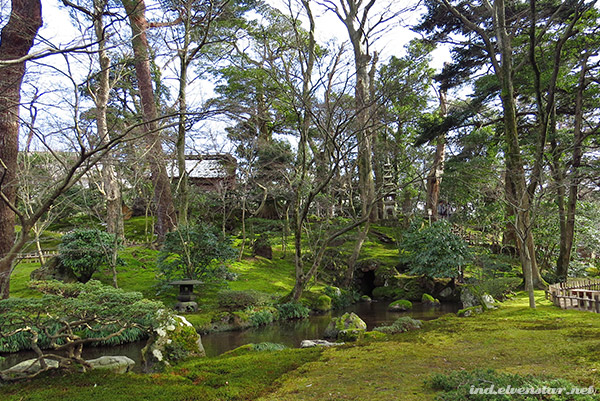 If there’s one thing I really love about first-world countries like Japan and England, it’s their beautiful parks and gardens. 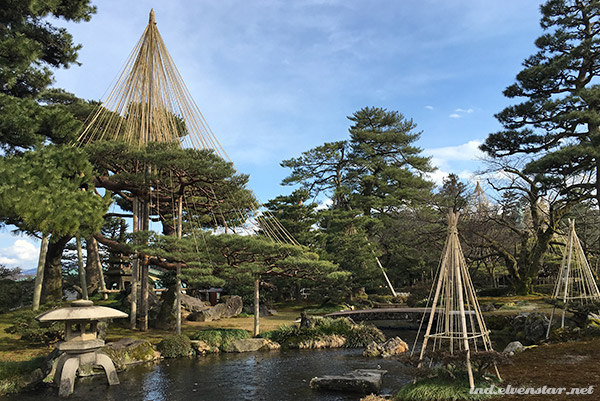 So those tent-like ropes and stuff… They’re suppose to protect the trees from heavy snowfall. I guess they break up the chunks of snow? 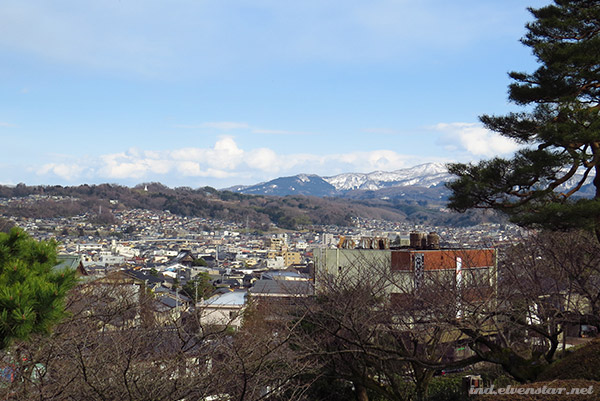 Kanazawa is very like Kyoto in terms of being famous for cultural heritage. There were quite a few people walking around in kimono here too. 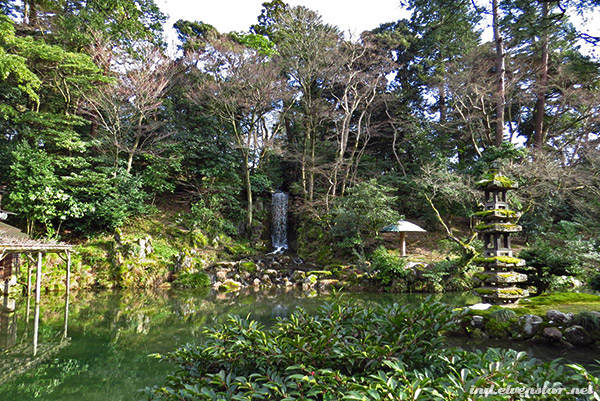 Sigh. So much wonderfully-kept greenery. 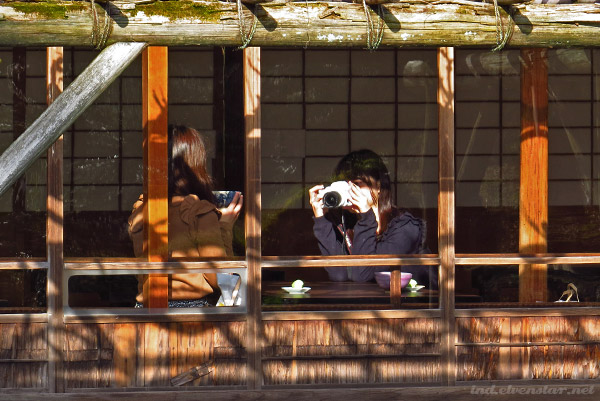 These ladies were having a drink at the teahouse. After hurrying back from Kanazawa, I moved from the Super Lohas Hotel at Tokyo Station to one of the airport hotels so that I could catch my morning flight back the next day. And that was the end of my 2016 Japan trip! I need to go back… haha