Yesterday I went to Loch Ness. Didn’t see any Loch Ness monster though. =(

Not that it exists in the first place. lol. 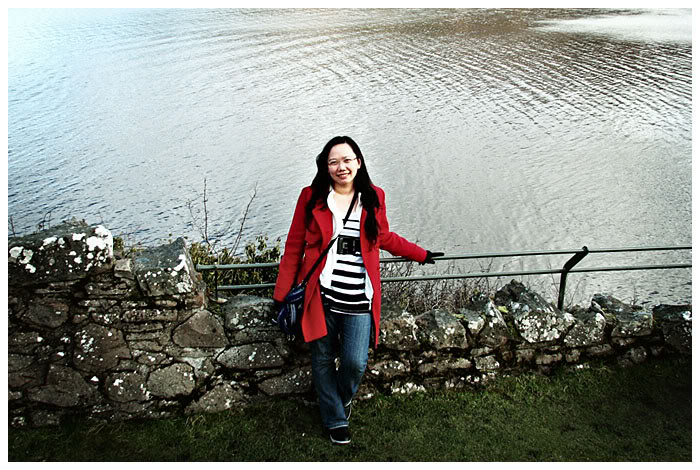 (The colours aren’t really like this – I was just fiddling with some Photoshop stuff and decided that I liked this. =P )

The train ride from Edinburgh took about 3.5 hours. The view was lovely (most of the time) but I didn’t get many decent shots because of the train movement and the reflections in the glass. 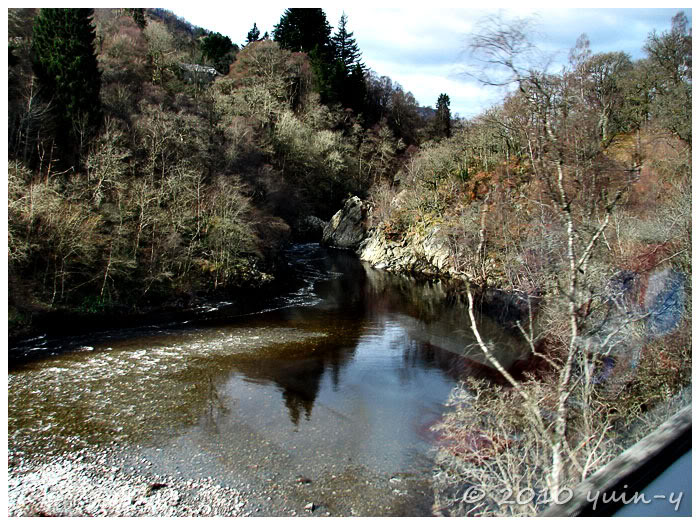 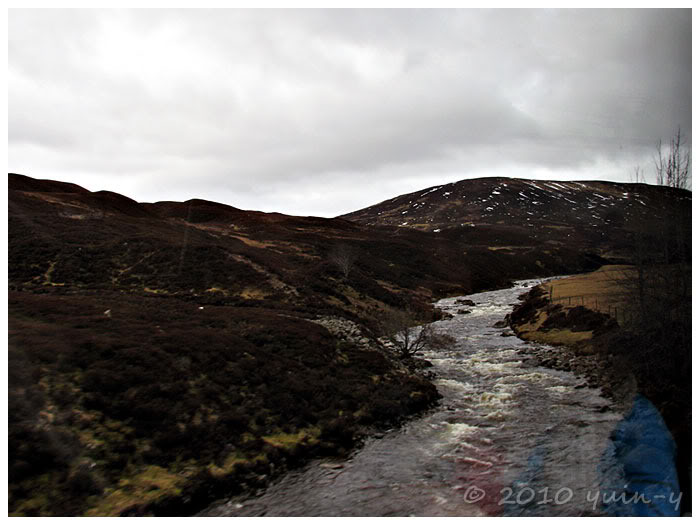 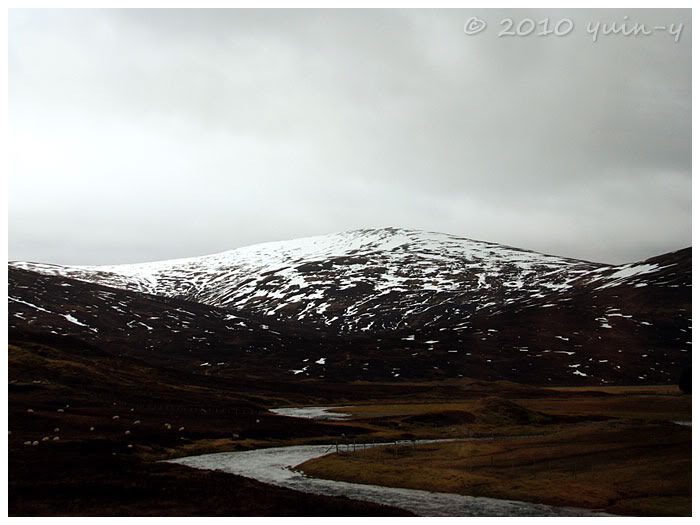 And in some places, more than “a bit.” 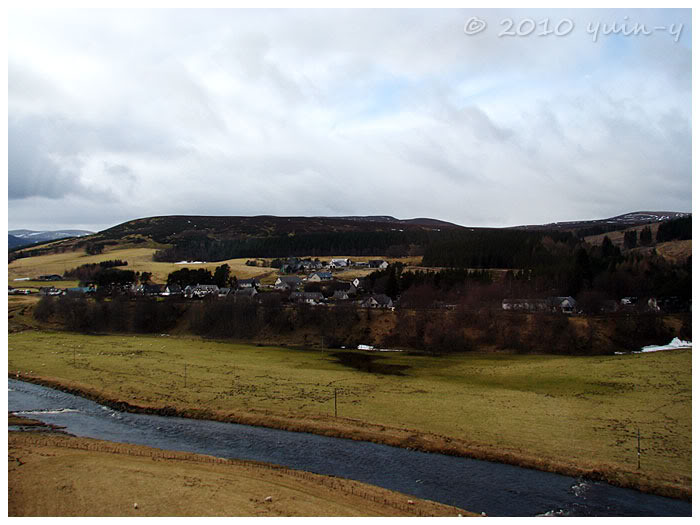 The Hobbiton music from Fellowship of the Ring felt so appropriate most of the way. Inverness train station! Had to take a bus from Inverness to get to Loch Ness though. That took about half an hour. 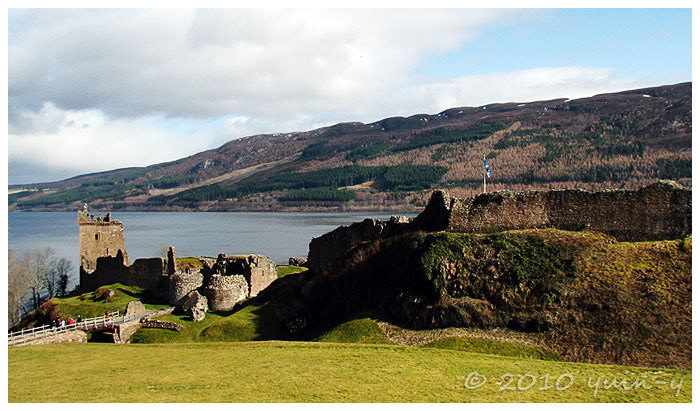 First look at Urquhart Castle – and there’s Loch Ness right behind it. 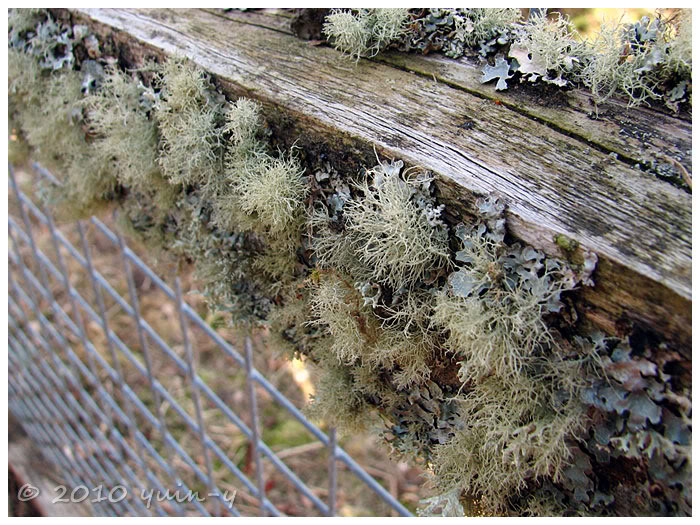 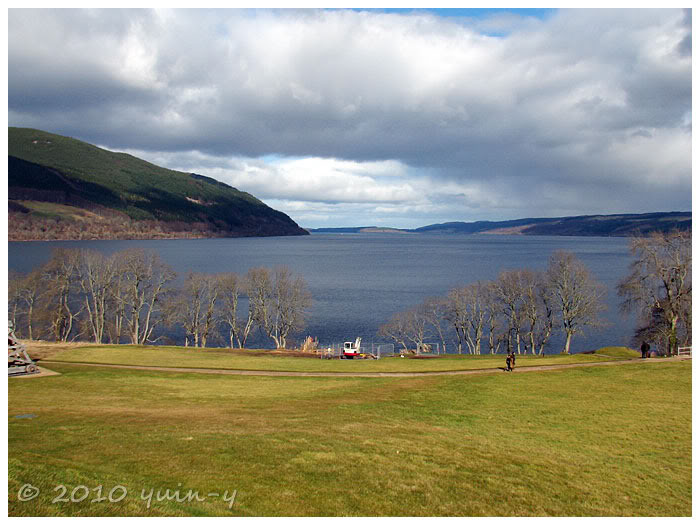 Another view of the Loch from the Urquhart Castle area. The sun was playing games with us and so I had to keep battling with over-bright sunlight every now and then. For the most part we had some fairly nice lighting though (to my joy~). 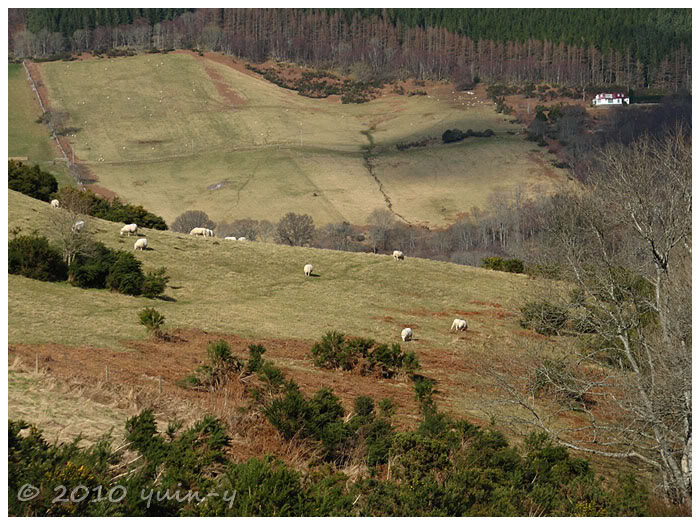 Sheep in a distance. hahah

We actually passed by a lot of farmland on the way up to Inverness so I saw lots and lots of sheep… and some highland cattle… and horses… and pheasants (which I couldn’t get a photo of because every time I saw a pheasant, there was just no time to bring out the camera and get it focussed on the bird)… and even a bunny! 8D 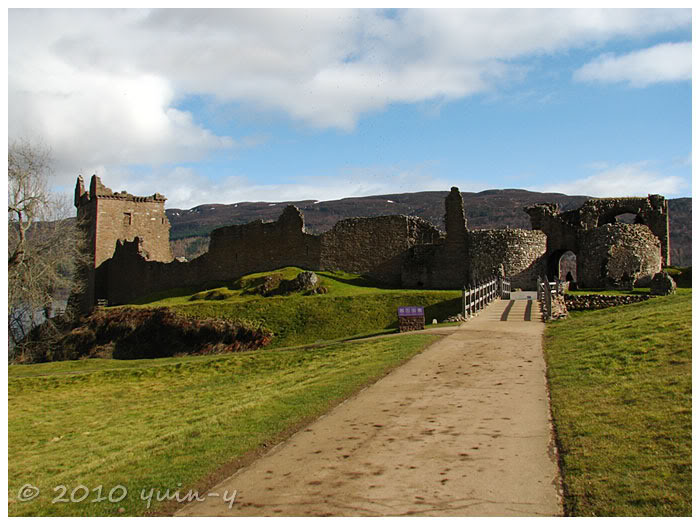 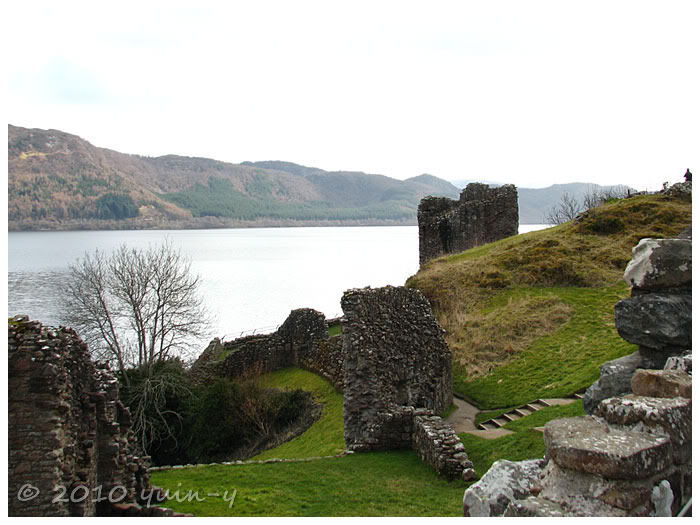 View of Urquhart and the Loch from midway up the tower (the half-ruined one on the left in the pic above). 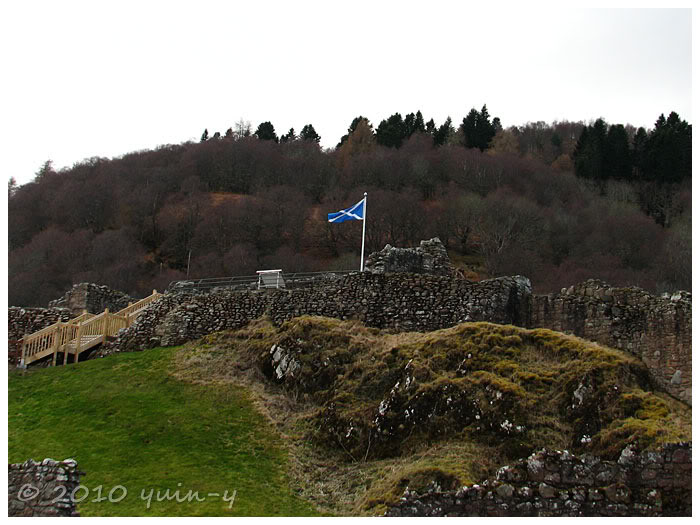 Reverse-shot of the main gate. 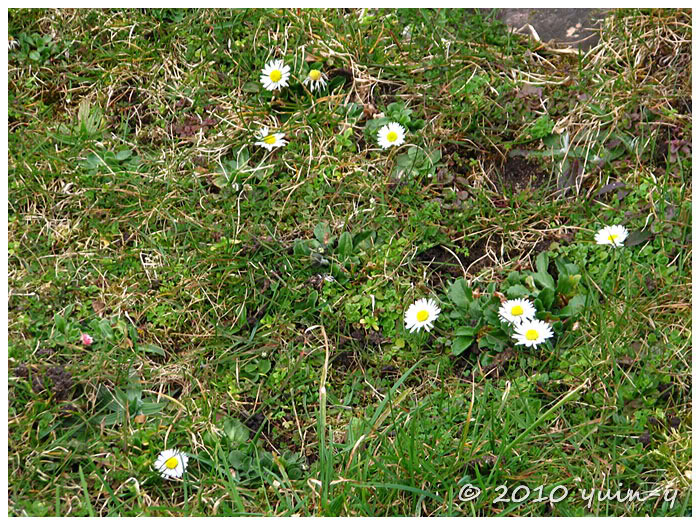 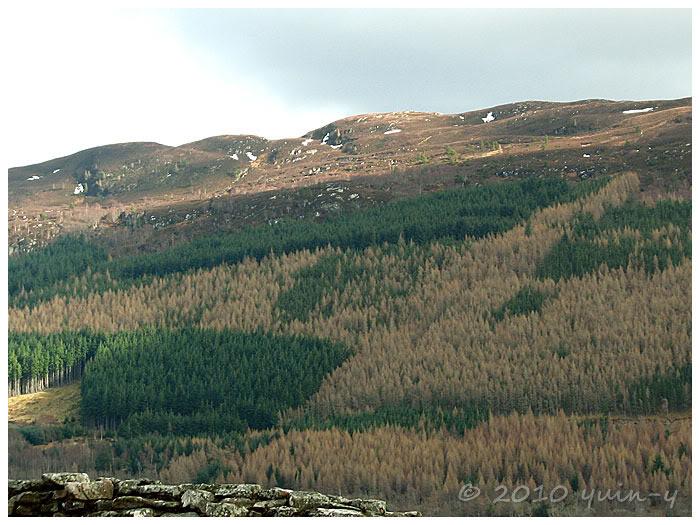 I thought it was kind of curious how the trees (on the other side of the Loch) seemed to be colour-blocked in green and brown. I’m sure the view would have been much nicer if it was all green though. 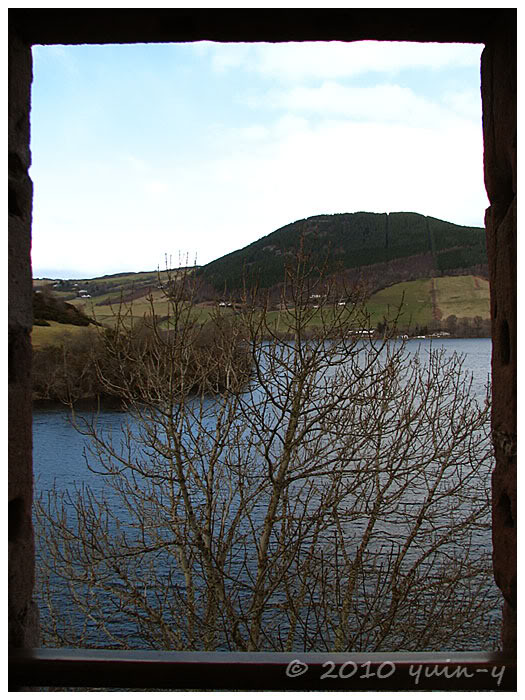 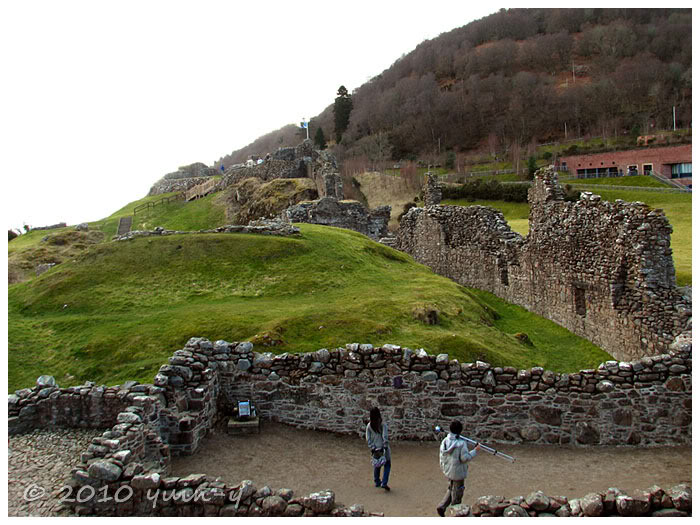 I love this shot! The clouds, the Loch… 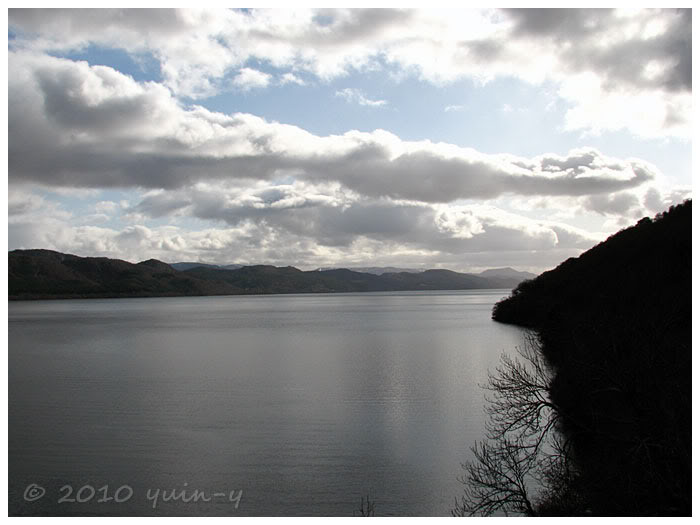 And this is what happens when you shoot into the sun and can’t quite compensate for the over-exposure.

I wasn’t the only one to be kind of irked by the sun when it was too bright – there was a group of Japanese tourists around and I heard them complaining about it too. hahah! 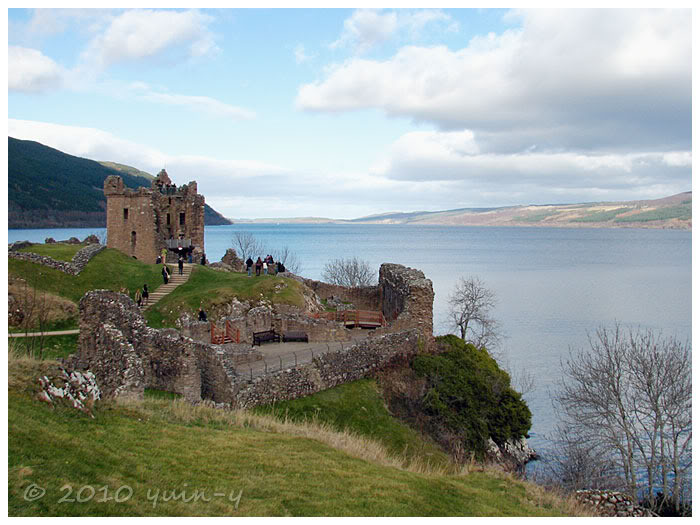 It was just so nice to get awayyyy from Edinburgh and my horrible essays and stuff for a day. Thoughts of them pestered me periodically throughout the day, but for the most part, I had lots of fun. Didn’t have much time there, otherwise I think it would’ve been nice to take one of the cruises up and down the Loch, but never mind. Was still fun! Thank God it didn’t rain…