Probably ought to have posted this much earlier, since this was back in April – April 16th, to be exact. Oh well

Sooo… ok, wait. Backtrack one day. On the 15th I made my way to the National Museums Collection Centre up in Granton for a “Conservation Tour” that they’d organised as part of the Science Festival. It was really cool! They basically just showed us around a couple of conservation labs and explained the process and stuff. As it was a small thing, there were only 10 places or so and since one person didn’t turn up, there were nine of us. They had two people to conduct two slightly different tours – one lady was from the artifacts section and the other was from textile conservation – and so we were split into two groups: the two ladies who came with kids went with the artifacts conservation tour (since that would supposedly be more interesting for kids) and the remaining three (including me, of course) went to see the textile conservation labs. Having such a small group meant that it felt super exclusive. All the more fun for me. ahaha

Didn’t take any photos because no one said anything about allowing photography. And anyway, that meant I could focus all the more on what was being explained. It was all so interesting! I got to walk into real scientific labs and look at complicated-looking machines. 8D Also got to see an ancient piece of tapestry that’s currently in the process of being conserved up close. (I presume it was from India or thereabouts because of the colours and the artwork…) Didn’t touch it but probably wouldn’t have dared anyway since the lady was saying that they had to be really careful when handling it themselves because the green paint on it contained arsenic…

Anyway, the Conservation tour was great!

(Even better since it was free. ha.) 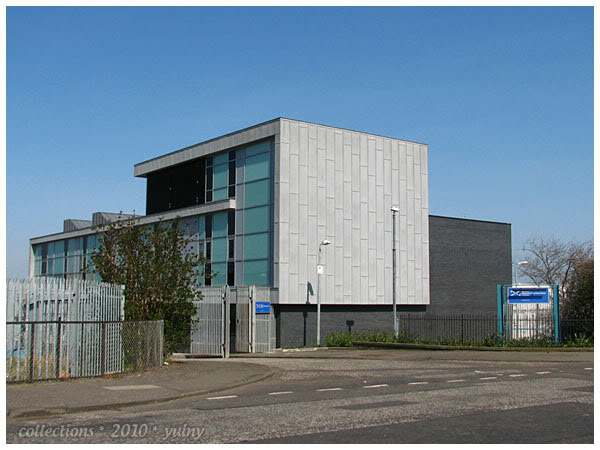 The next day there was a Collections tour (at the same place) and I went for that too. This tour was more of a sort of “behind the scenes” look at the museum’s collections. Not everything is displayed in the museum itself – a good portion of  their collections are actually kept elsewhere, and at the moment they have more items than usual because part of the museum is undergoing renovation so the exhibits in that part have to be put into storage for the moment.

I went by myself for the Conservation tour and so just took the bus up to Granton and back. But for the Collections tour I had a friend along and so we walked there – I think it took us about 1.5 hours from George Square? (No, I didn’t walk all the way back. I don’t have that much of a love for walking such distances. haha)

Anyway, we took a slightly scenic route – with a little detour to the Dean Village and along the Water of Leith. 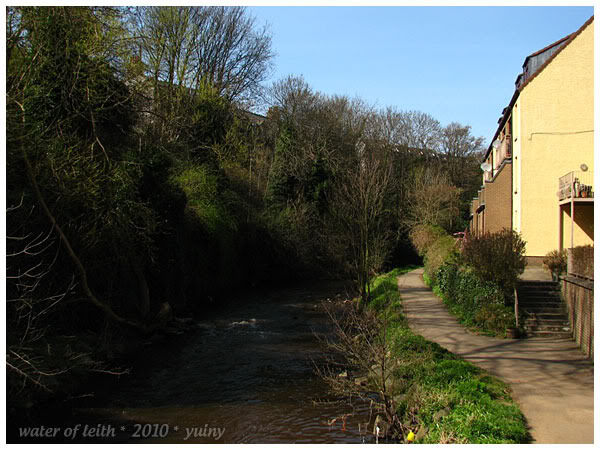 It’s a rather pretty place. 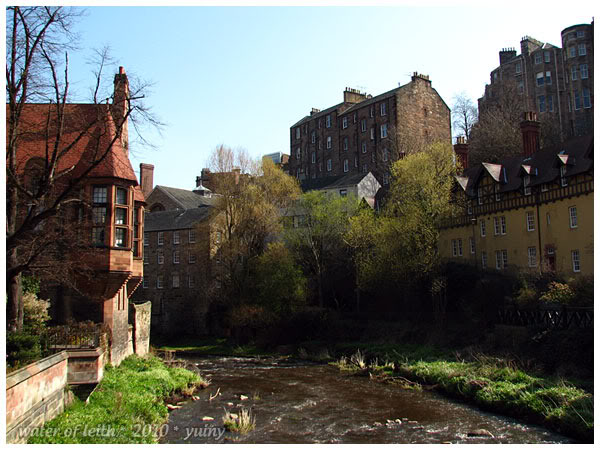 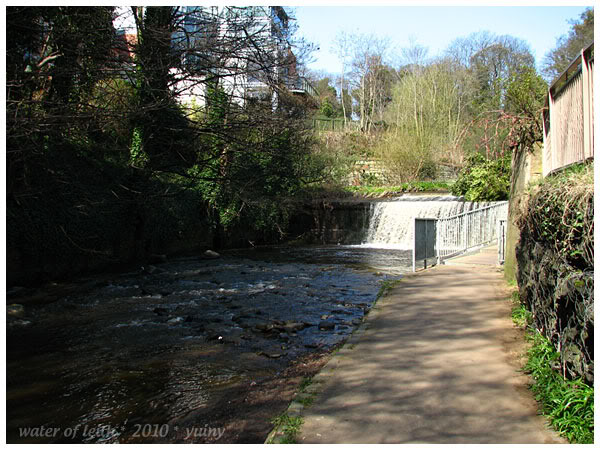 I like it when the path gets a bit more “forest-y.” 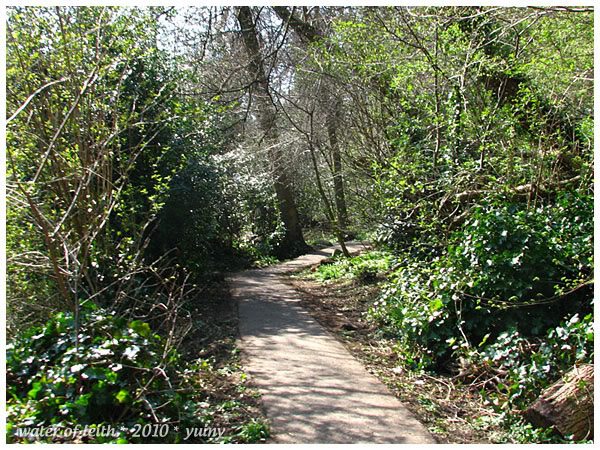 The weather was pretty good that day but when the sun is oh-so-glaring like that, I’m basically playing guessing games with my camera more than half the time. It’s surprising any shots come out good. lol 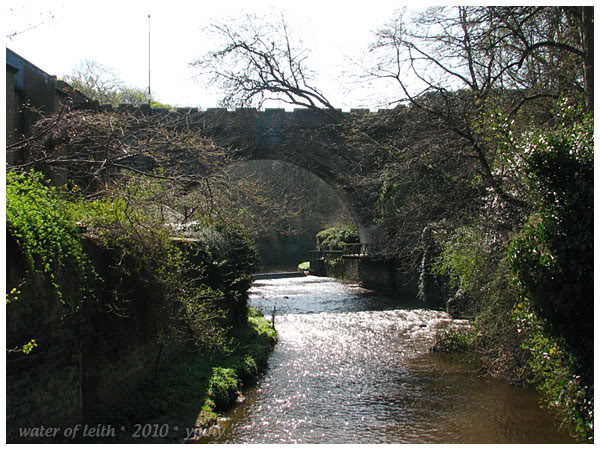 Dandelions by the road! (I love how yellow flowers abound everywhere…) 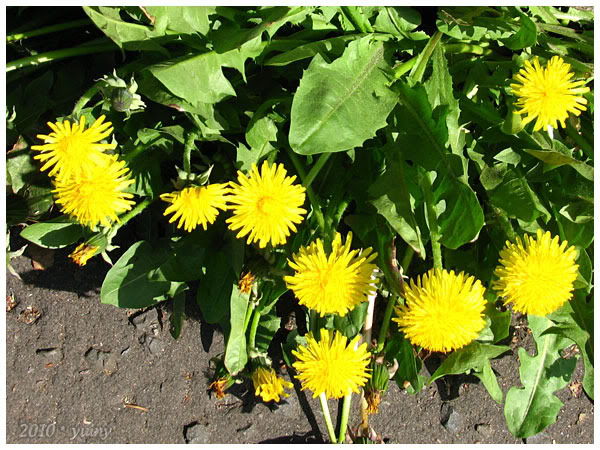 So this time I got to see a different section of the Collection Centre. The day before I got a glimpse into a couple of labs, and now I was going to see what was basically the storerooms. 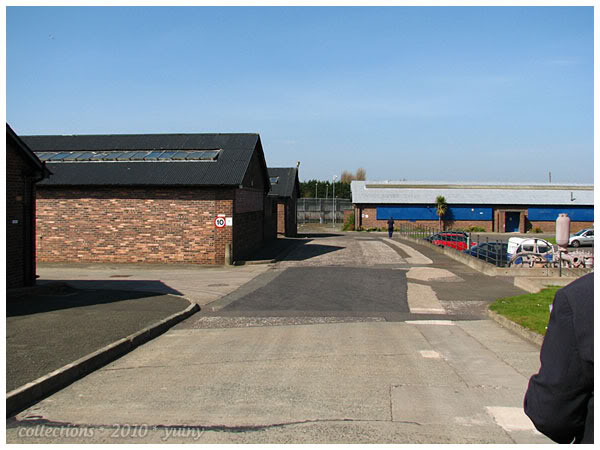 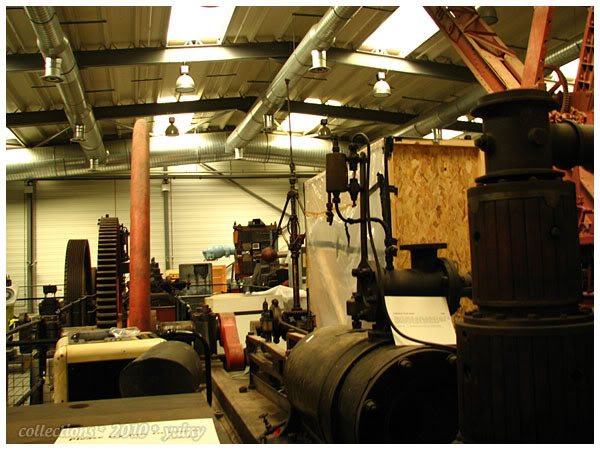 Forgot what this was but it reminds me of The Prestige. 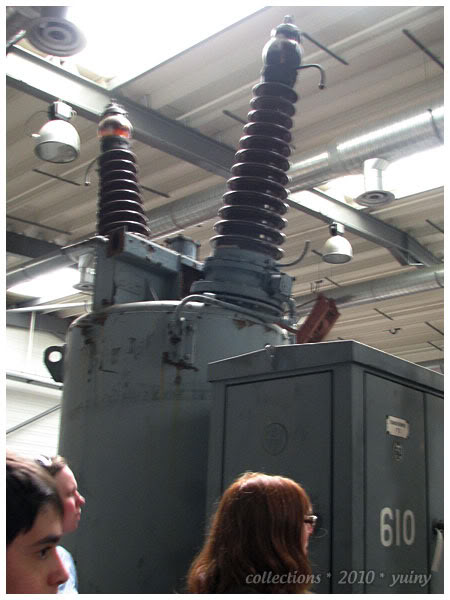 They’ve a large collection of bicycles and motorcycles… 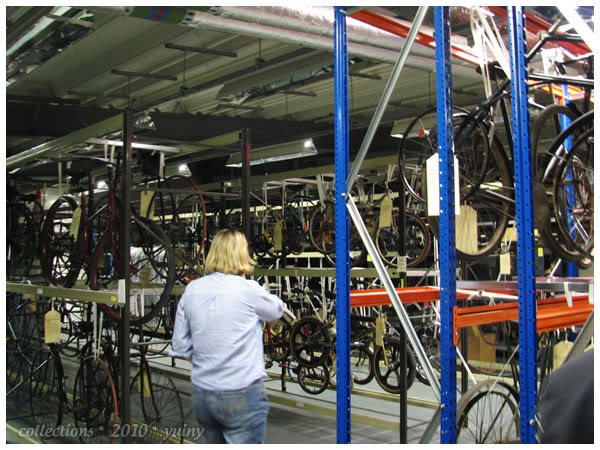 Several penny-farthings too! Seriously, how did people ride those… 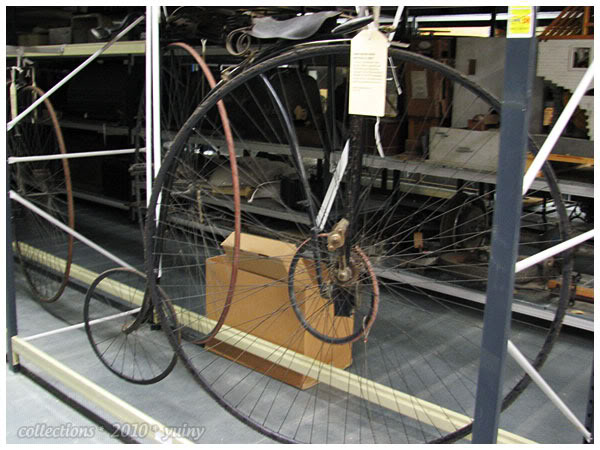 Old sewing machines! One of my aunts used to have one – I wonder what she did with it. I remember it was somehow kind of fun to just spin the wheel. haha 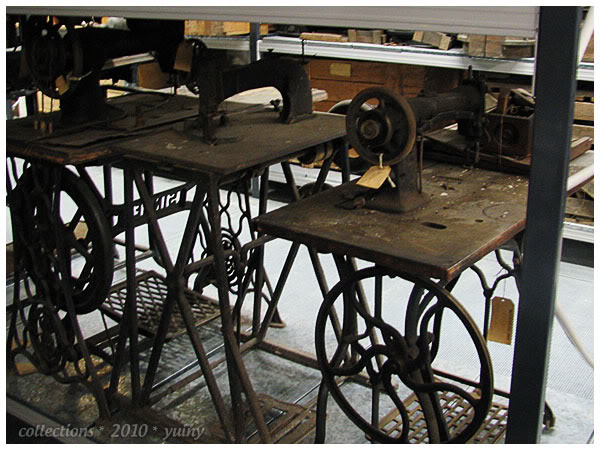 Dolphin models, all wrapped up. 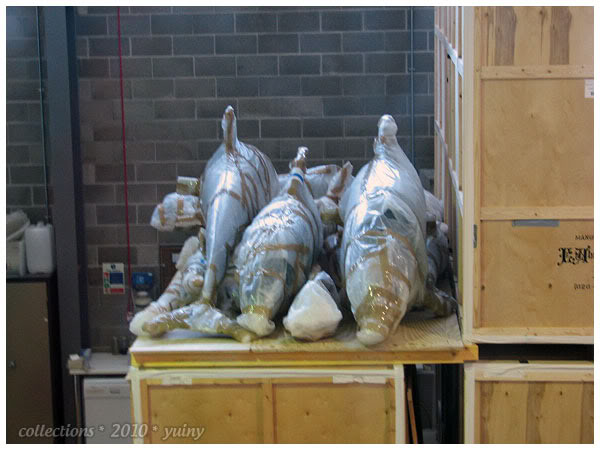 Ceramic collection, all nicely labelled. And look, you can see my reflection. 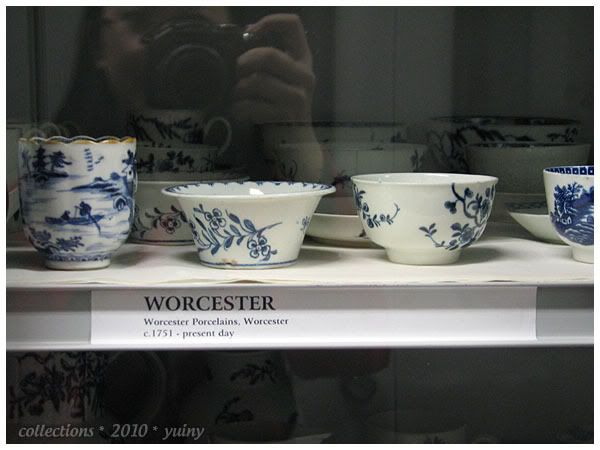 Possibly my favourite section: the fossils and skeletons! The huge pieces in the front are whale skulls. =D 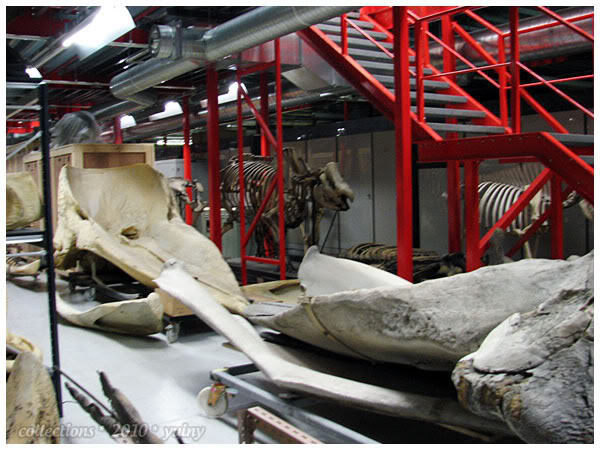 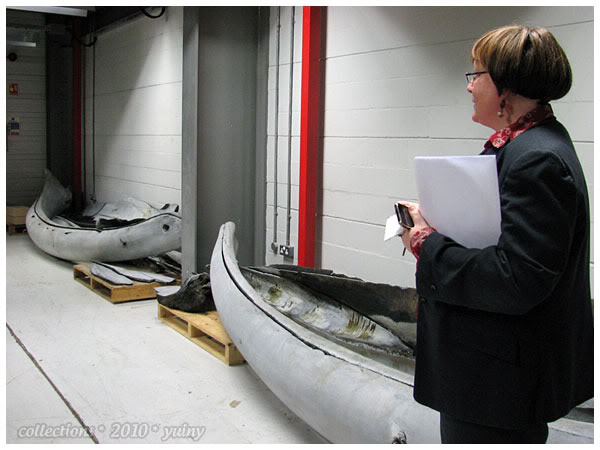 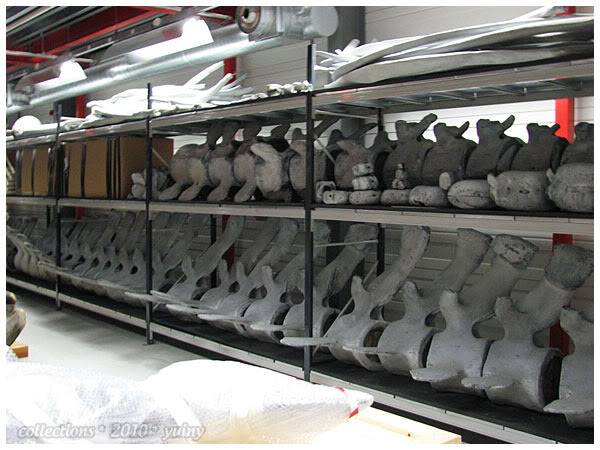 A quick glimpse at the East Asian artifacts in their boxes. 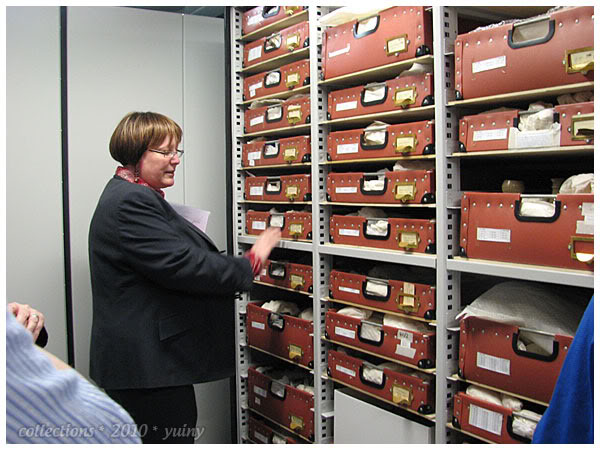 And to close, a random suit of armour. 8D 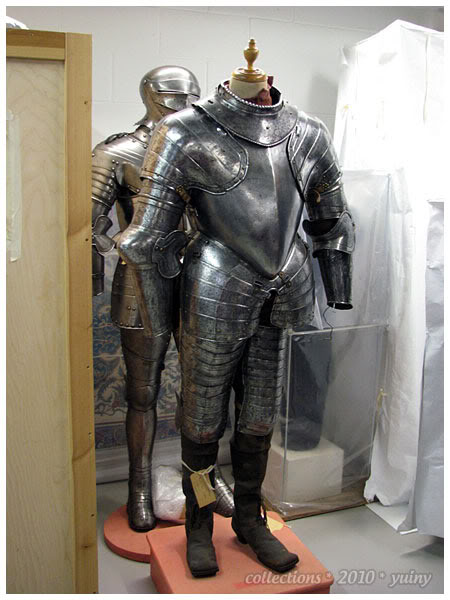