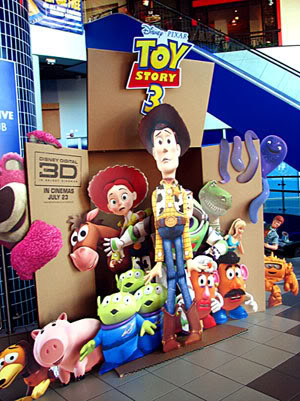 I need a better picture of this. Hopefully it’s still there the next time I’m at Cineworld (which would be… Tuesday. haha)

Had dinner at Nando’s before going for my 6pm Toy Story 3 screening. There was a little bit of hubbub over near Cineworld where the red carpet was laid out, but I just assumed that it was due to “Woody” and whichever other toy was going to be present. (They had a couple of people dress up as the Toy Story characters.) Glimpsed a giant Woody hat bobbing behind a screen at one point. 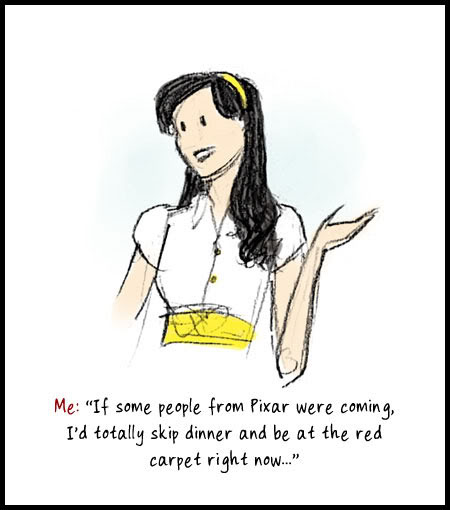 As far as I knew, no big names were turning up for Toy Story 3 – none from Pixar anyway, since I’d heard nothing. (But as you will see, this assumption later backfired on me…)

About 40 minutes later when I was sitting in Cineworld 2 wondering why the show hadn’t begun yet although it was almost 6.10 – it was supposed to start at 6pm, according to the schedule – and then Sean Connery walked in! (With his wife too, I think.)

At first I wasn’t quite sure because it was kinda dim in the hall. But everyone else in the hall went quiet – okay, well, not really total silence but it was as though suddenly half the people had stopped talking in their normal voices and had begun whispering to their friends, “Is that Sean Connery?” And I heard the lady to my left mention the name to her husband so I figured that yep, it was Sir Sean, all right. I tell you, it is really… a bit exasperating when you’re excited and you don’t have any friend with you to be excited with. Thank God for phones and text messages though! (Due to the insane speed at which the Toy Story 3 tickets sold on the first day of ticket sales, I ended up in a different screening from my friend – rather unfortunate, but that tells you how popular Pixar work is. Three screenings, two sold out within less than 3 hours and by the end of the day the third was totally sold out too.)

Shortly after Sir Sean’s entrance (and he was sitting about three rows down from me! 8D ) Hannah McGill, the EIFF’s director, came up and said… 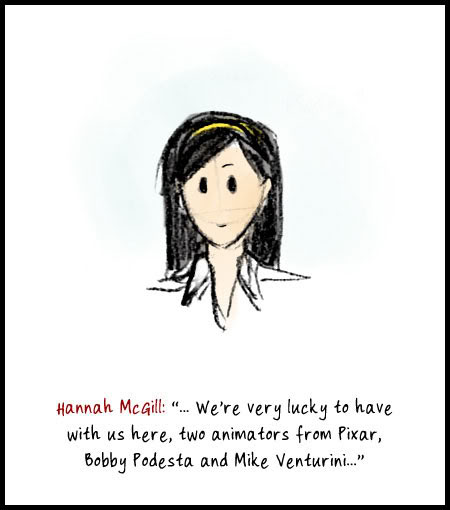 My thoughts at that point? Generally along the lines of: WHAT? Since when? No one said anything about that before! 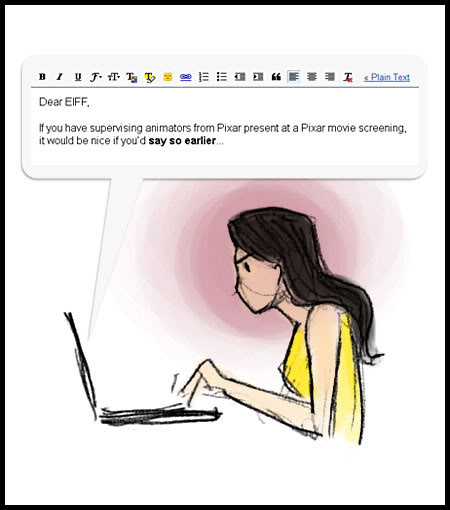 But of course, I won’t do that. haha

I did manage to get a (grainy) pic of Bobby and Mike though. 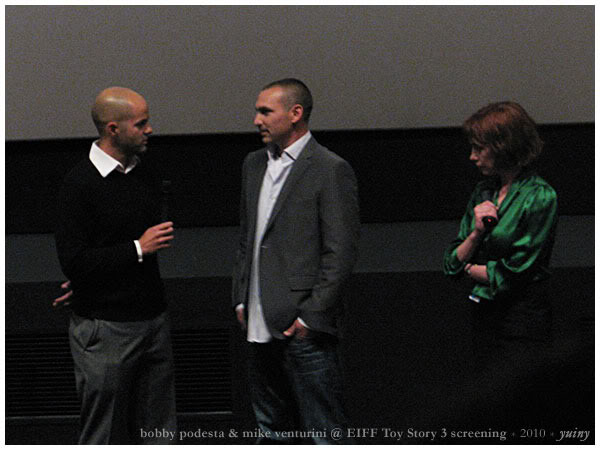 When I came home and took a look at director Lee Unkrich’s Twitter page, he had a pic of Bobby and Mike with Sean Connery up. Argh. Why didn’t they say earlier that there’d be people from Pixar presentttttt. Oh well. I got a glimpse of them at least.

Mr Unkrich asked on Twitter: “So, Edinburgh Film Fest audience? What did you think?”

I almost want to open a Twitter account of my own just so I can tell him: Mr Unkrich, it was great!

And it really was. I cried at the end. Heck, I almost cried even before the end. There were parts that were just laugh-out-loud funny (Spanish Buzz! ahahahahahahahah), parts that were serious and gave you a feeling of “oh no, is that really happening?!” and parts that were heartwarming (e.g. the ending *sniffs* ). I prefer this to Up and Cars for sure. Though I wonder how much of this preference is due to the emotional investment I have in the characters of Toy Story. Not that I’m a huuuuge, crazy fan of it, but I think I do have a sort of fond affection for Woody and co. Anyway! I think it was a lovely film and I can’t say much else without babbling about the story itself so I’ll let y’all go see it for yourselves first.

After the film, as I was walking to Lothian Road to catch the bus home, I ran into one of my classmates who’s working for the film festival. I mentioned that I’d just come from Toy Story 3 and that I was really surprised that Sean Connery had been present. She said that oh, that’s cool; especially since it’s just a “kids’ film.”

… You know, I hate that assumption that so many people have. The assumption that animated features – especially those by big-name studios – are “for kids.” Ergh. Right, I’d better not get started on that irritating topic.

Bottomline is, if you’re anything like me, you’ll probably love Toy Story 3. If you’ve ever had the feeling of being abandoned, of leaving someone behind or being left behind, of loving and wanting to be loved… I think TS3 will go straight to your core. =)