(First, a small deviation: I was just thinking about the ending scene of Toy Story 3… and I found tears creeping out of the corners of my eyes at the mere recollection of it. That is how touching I found the finale. Granted, I’m a complete sap sometimes and if you can hit the right chords I melt darn easily. But really, TS3 is so worth the watch! I’ll have to review it properly soon, I think…)

In a rather unusual move for me, I decided to give all the photos in this post some colour treatment for a sort-of-vintage feel.

So this is a general view of the red carpet. The press are all at the far end – I was standing near the beginning of the carpet, close to where the special guests would arrive in their assigned vehicles. 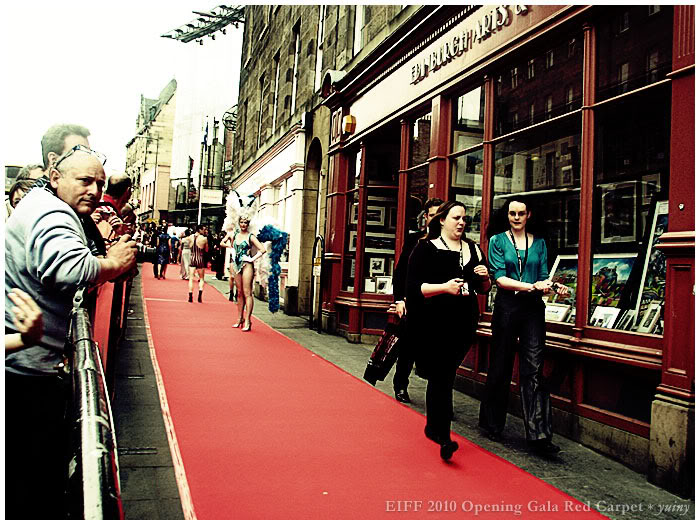 They had performers dressed up like people from a circus or cabaret show (in line with The Illusionist, I guess). The two musclemen were funny – more so since they spoke in that very clipped, quaint English manner, spouting lines like “Jolly good, old boy!” haha 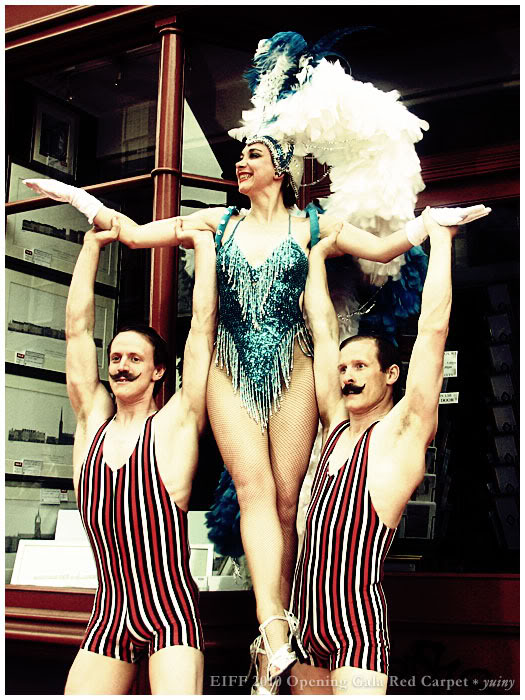 Found a blurry shot of the EIFF artistic director, Hannah McGill, amongst my photos. 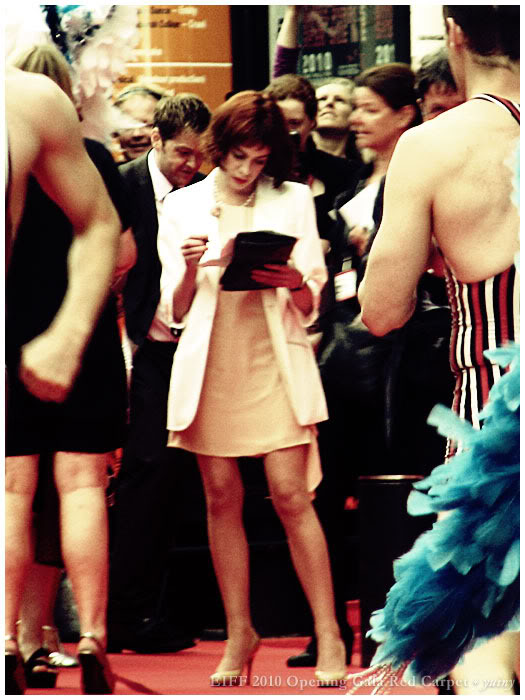 The uh, cabaret girls(?) were a sporting lot and happily posed for all photographers – official and non-official. 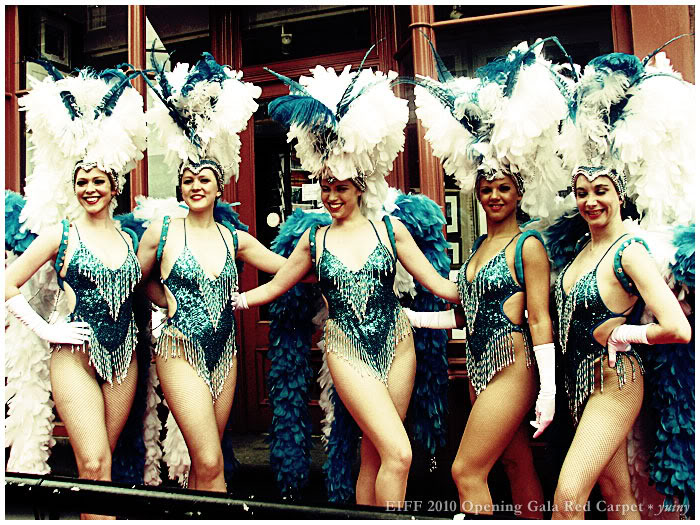 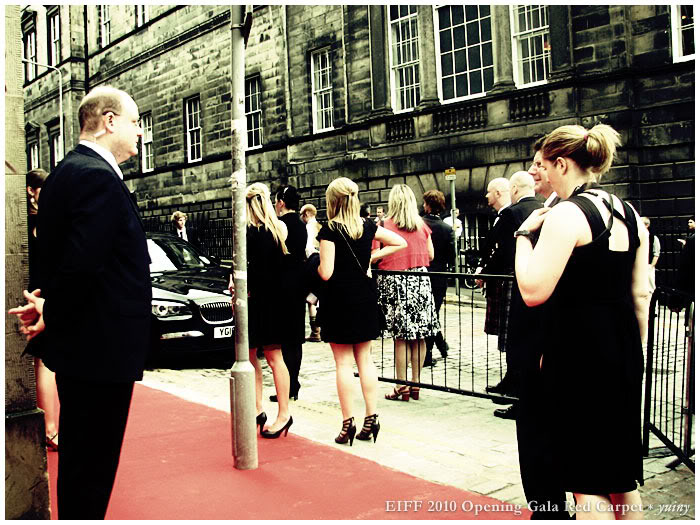 This lady was totally posing for my camera at this point. ahahah 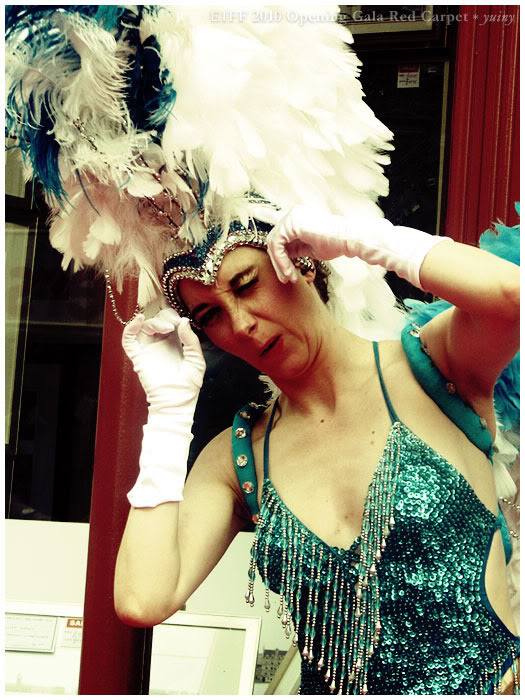 The musclemen showing off. lol 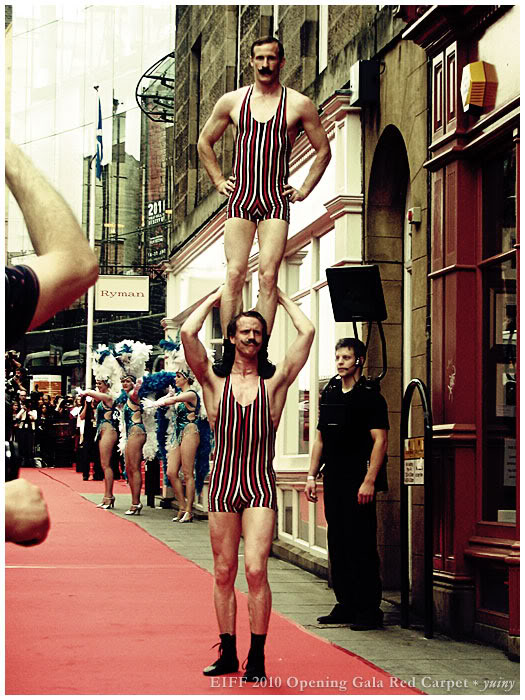 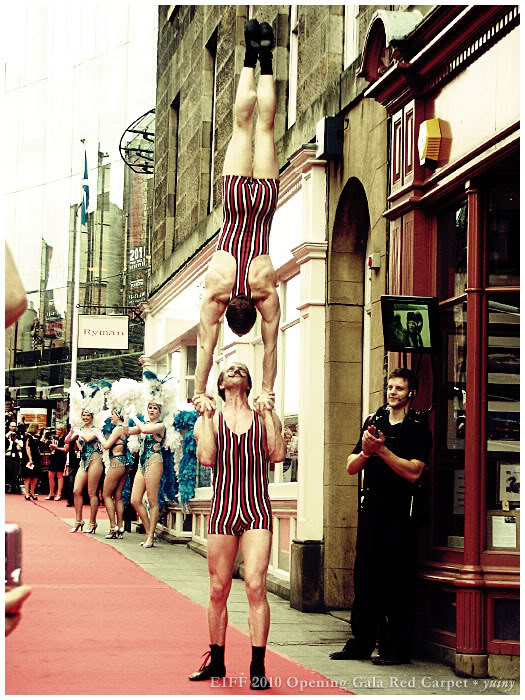 Sir Patrick Stewart. Again. Because I’m entitled to re-use photographs on my own blog. 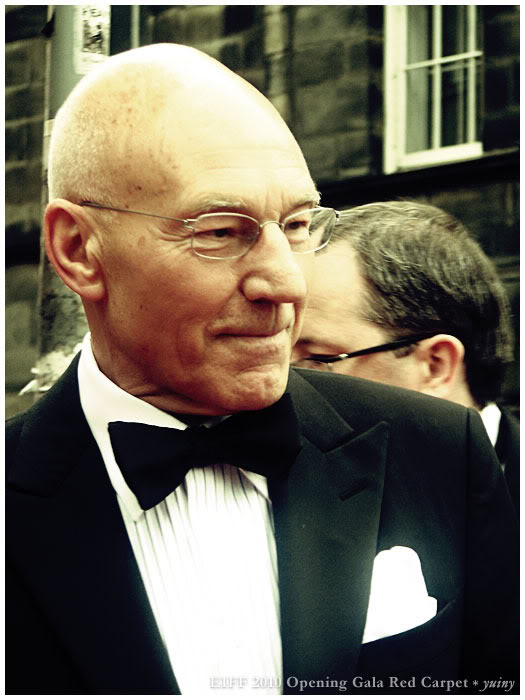 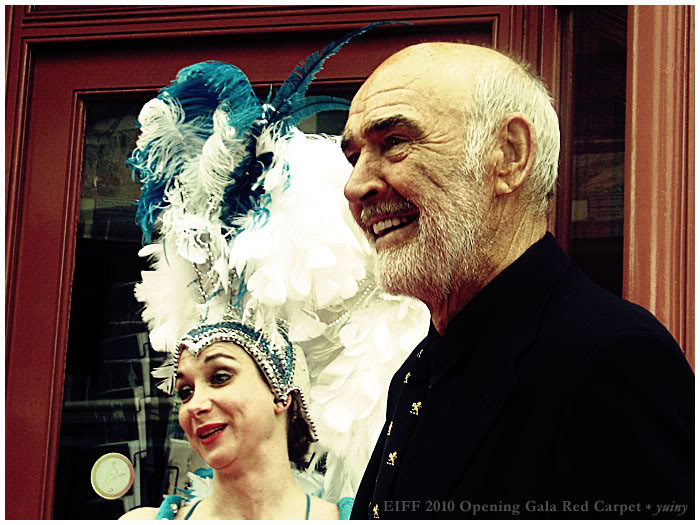 Stilt-walker… or whatever you call them. 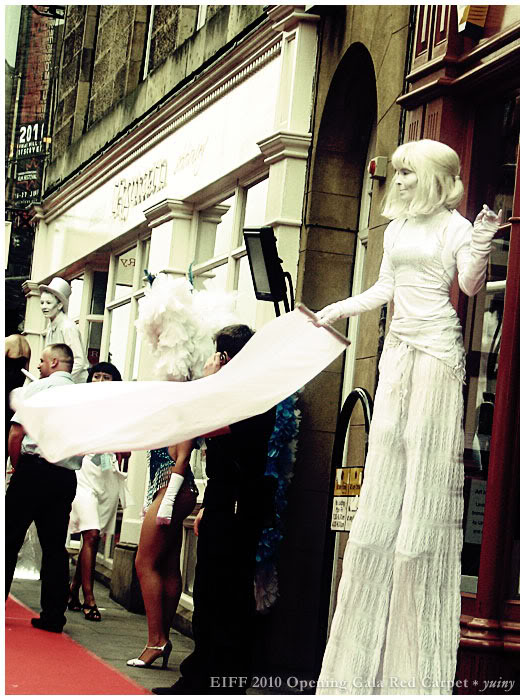 Shot of the interior of the Festival Theatre from where I was sitting in the Stalls. 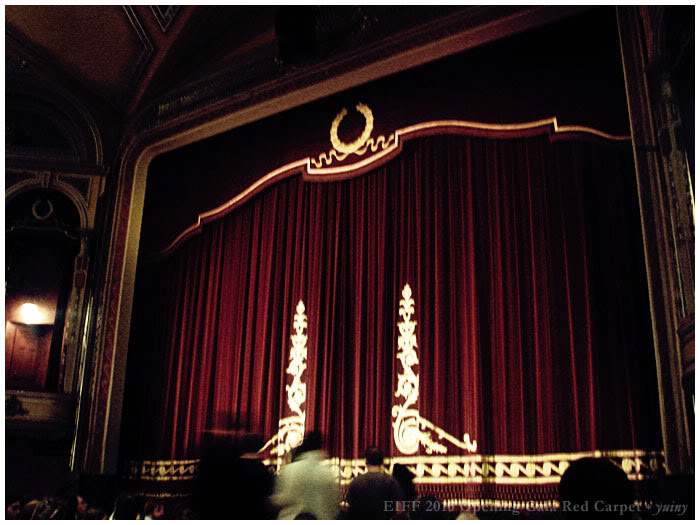 (And an untreated version of this photo.)