So this was the gala on Sunday night “in celebration of Sir Sean Connery’s 80th year, and his dedicated support of EIFF as Patron since 1992.” They screened The Man Who Would Be King (starring Sir Sean and Michael Caine), which was based on a Rudyard Kipling story.

A few photos follow, and a video. I didn’t put up the entire video – just cut out a clip – because for some reason I’d feel a little bit weird about putting up the whole video that I have, which is most of Sir Sean’s introductory speech. But anyway he mostly talked about being patron of the festival and the Festival Theatre (where the gala was held) so never mind. haha 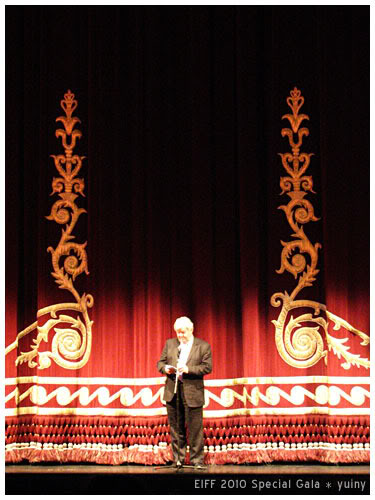 No, that’s not Sir Sean – forgot who this guy is but he did the basic introductions and stuff. Oh, and he read out a message from Michael Caine to Sir Sean as well. I’m just putting this picture in because I kind of like how it turned out with the curtain patterns and the lighting and all. haha 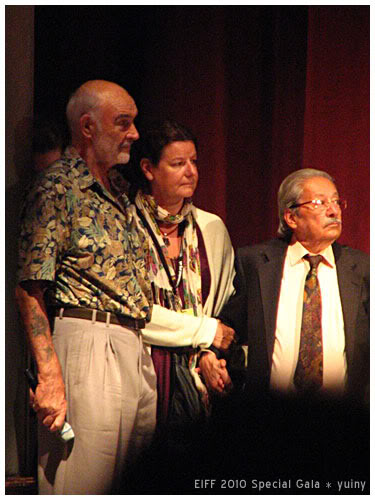 Sir Sean waits in the wings for his turn to speak… 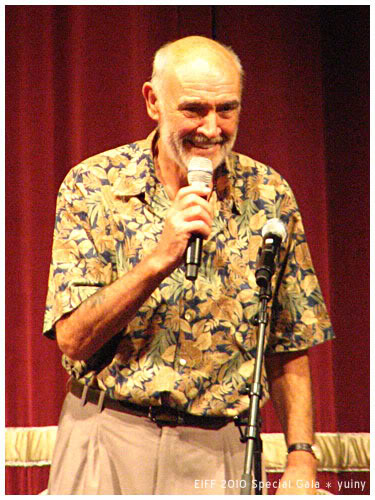 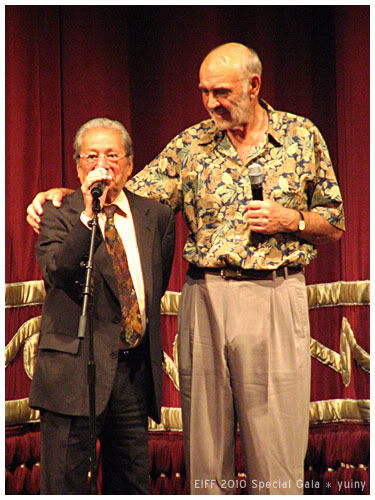 Sir Sean brought out Saeed Jaffrey – the supporting actor in Man Who Would Be King – to say a few words.