I was keen on this from the start, but the event sold out super fast – in pretty much an hour from the minute ticket sales opened. It was the only one of the “big events” that I wanted to attend but couldn’t get tickets to. Then on Monday (June 21) I checked the film fest website to see if they had any sort of announcement out about returned tickets – because I realised that on Saturday morning, they’d updated their Twitter page saying that there were returned tickets (and therefore available tickets) for Toy Story 3‘s 6.30pm screening, and people who wanted to could try going to the cinema half an hour before the show to grab those tickets. So I thought that maybe there’d be a sliver of a chance that there would be returned tickets for this as well. There was no announcement, but the “Book Tickets” button was live and I decided to click on it and see what happens. To my surprise, it actually let me book a ticket. I kind of warily went through the steps – book ticket, enter payment information, etc. And the booking went through to the end! I basically flipped out and became slightly hyper from that point on.

The upshot of it all was that I managed to go, and so did 3 of my friends who are now indebted to me for life haha. And we got there early enough that we had front row seats! 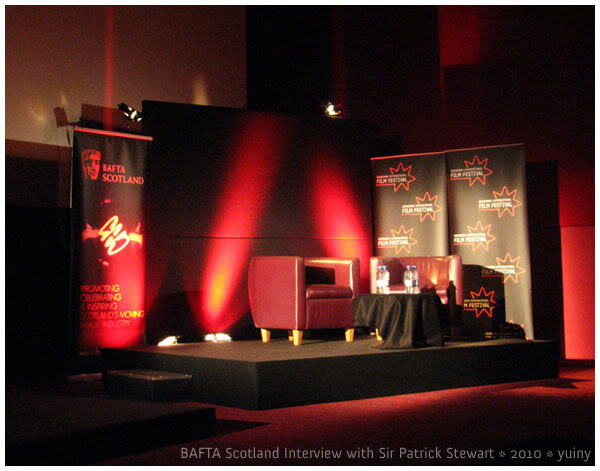 The setup for the interview. 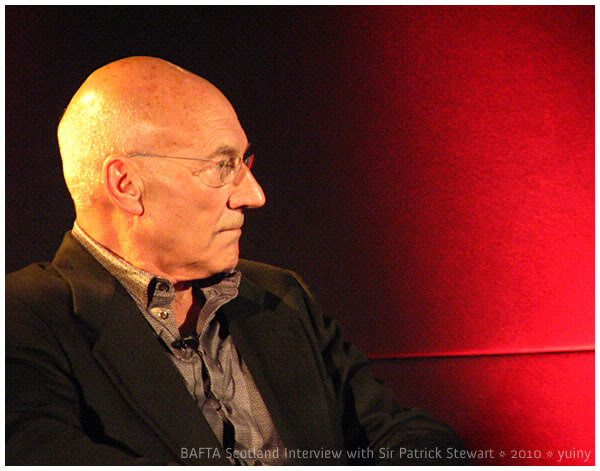 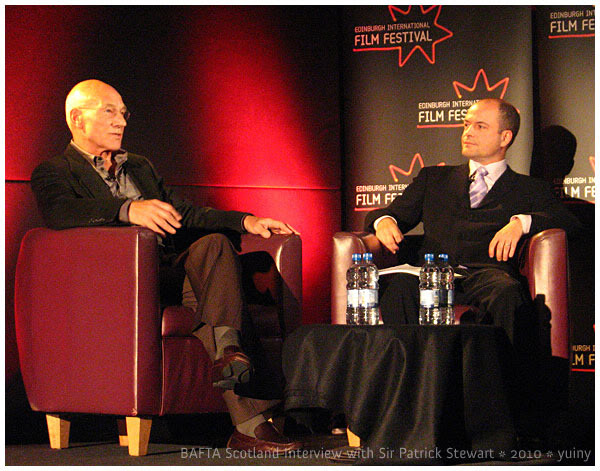 Sir Patrick and the interviewer, whose name I can’t remember at all…

I managed to record about half the interview on camera, so here are two samples:

In this one Sir Patrick talks about his role in the hilarious parody Robin Hood: Men in Tights (where he plays King Richard – which is Sir Sean Connery’s role in Robin Hood: Prince of Thieves), comedy, and typecasting:

My favourite part is near the end: “Laurence Olivier once said that there is minimal satisfaction out of doing tragedy but the greatest satisfaction that he as an actor ever received was in playing comedy and hearing an audience laugh – and it’s true. It often feels so bad to make audiences miserable – to frighten them, or depress them or make them anxious. But to hear audiences laughing is the biggest reward in the world.”

And in this clip, he’s answering a question during the Q & A at the end about comic books – he talks about X-Men. hahah