Turned around and found Big Ben right behind me. Was a bit of a shock, actually. I hadn’t actually thought it’d be right there. hahah. Now see, this is what happens if it’s a sunny day and you try to photograph something with the sun behind it…

Fortunately, Big Ben was a bit more photogenic from the other side, since the sun was no longer behind it. There was some sort of hunger strike going on in Parliament Square. It’s customary for people who visit London to have at least one shot of that ubiquitous red telephone box, I think. 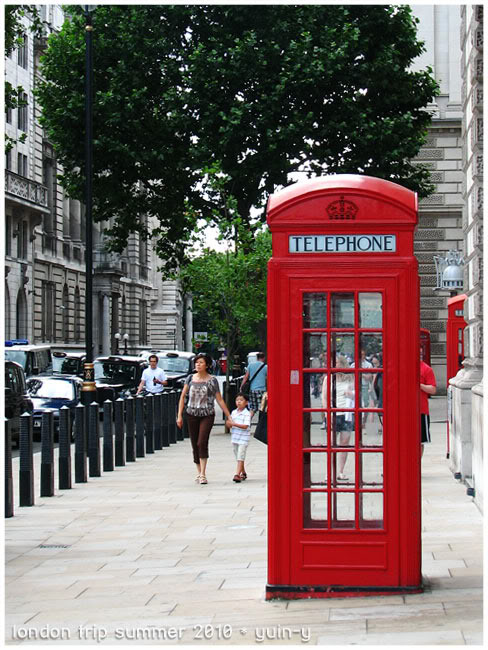 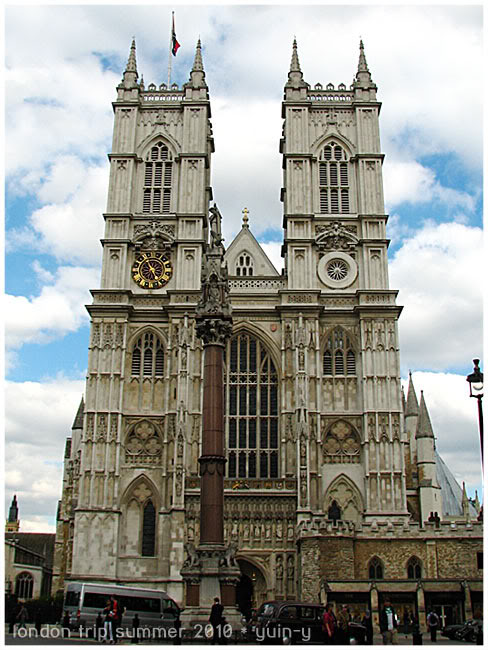 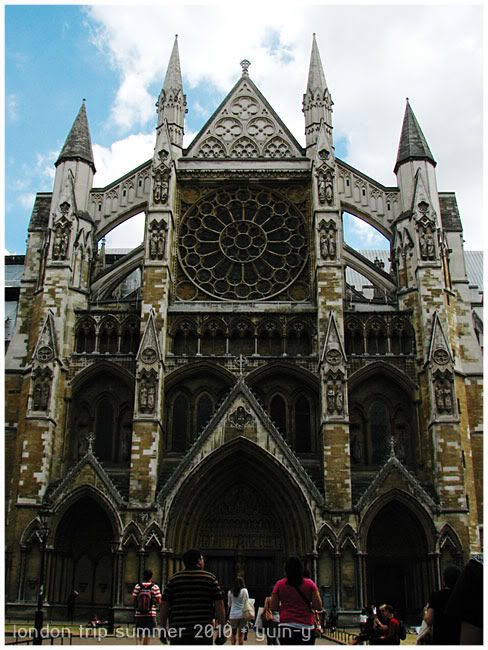 It was almost 5pm when I got there and apparently there was some sort of evening service happening at 5. “Evensong” or something like that – pretty name. I would’ve liked to attend, but given that (1) it was at 5, (2) Wicked was at 7.30 (and I preferred to be at the theatre by 7 to collect my ticket), (3) I wanted to go to St. James’s Park, and (4) I didn’t exactly know my way to Victoria from Westminster, I decided it was wiser not to attend in case I got lost trying to get to Victoria and ended up being late for the show.

Just outside St. James’s Park. I love it when roads/walkways have leafy trees on both sides. So calming. 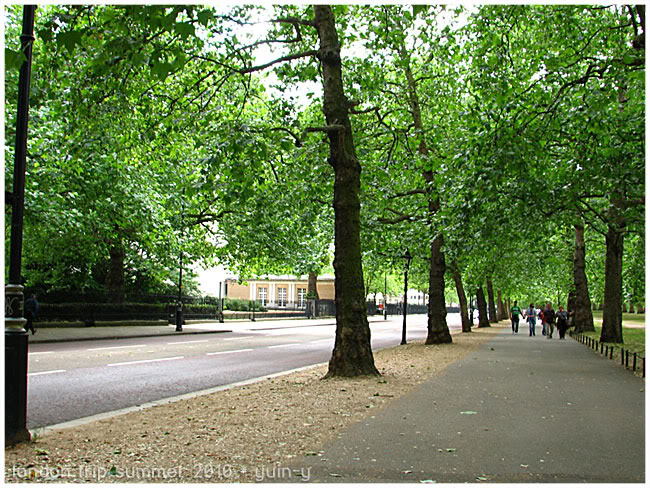 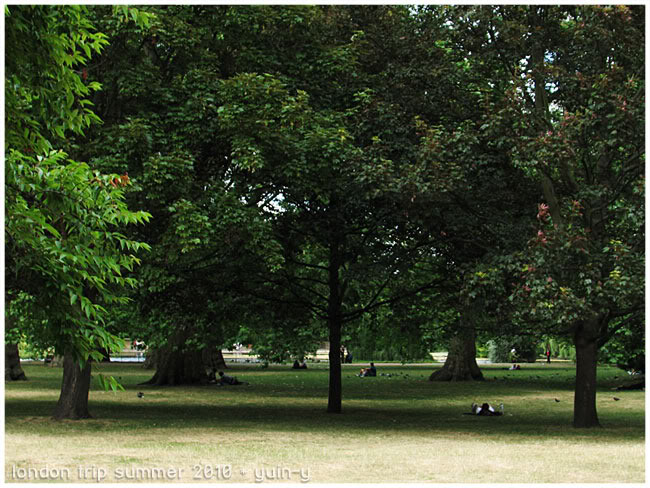 After seeing this sign by the lake, I kept hoping to see some pelicans around. Sadly, there were none. =( From the bridge in the middle of the lake. That’s Buckingham Palace at the far end of the lake. 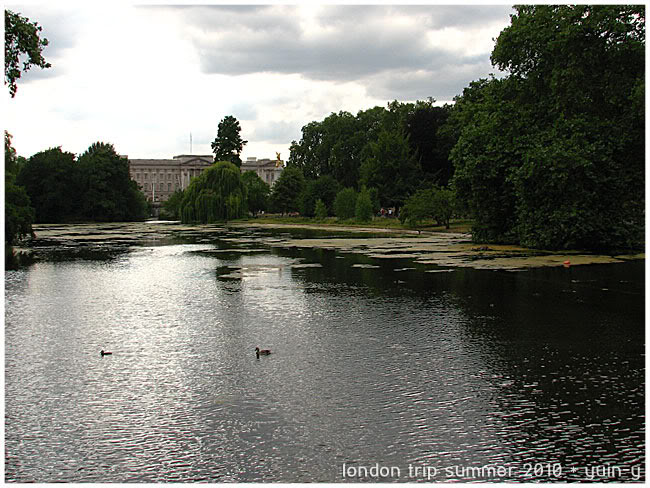 The other side. London Eye still visible at a distance. 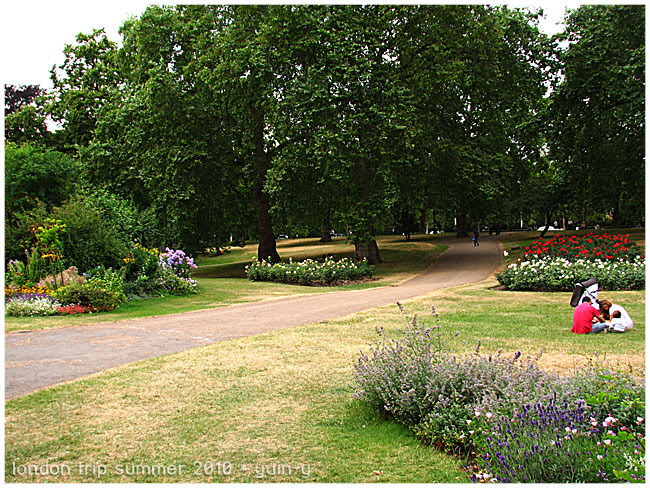 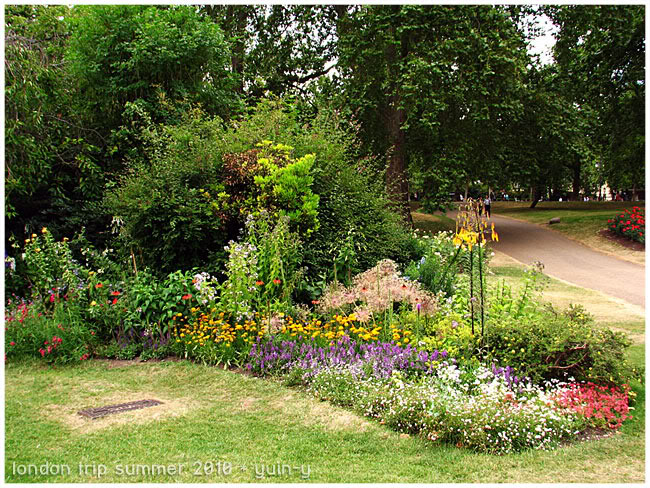 I’ll have a separate post solely about the summer flowers in London. (Mostly from St. James’s Park and Hampton Court Palace.) Yes, I have that many flower photos. 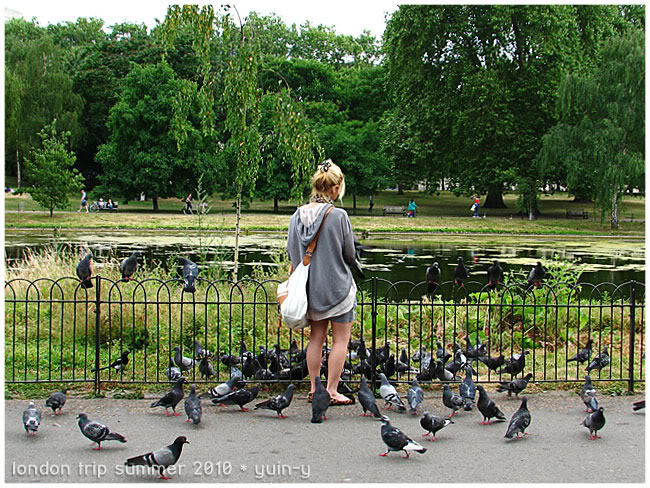 Caught this little squirrel placidly munching something – it stayed there eating whilst I went snap-happy and got a few good shots. Doesn’t it look like it’s playing the clarinet or something here? lol. St. James’s Park from the outside. And the Apollo Victoria Theatre, where Wicked plays. 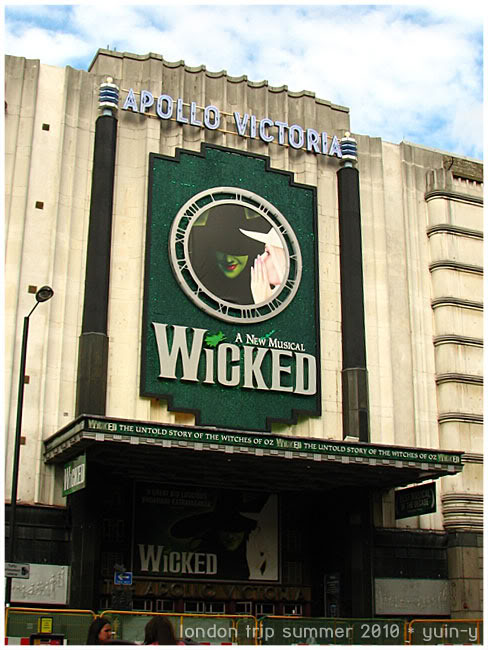 Inside the theatre, before the play began. (I couldn’t help a sensation of I paid almost £40 to sit this far away? D: The theatre was pretty full though, from what I could see. Londoners must have loads of money to spend if they can fill these theatres nearly full every night.) 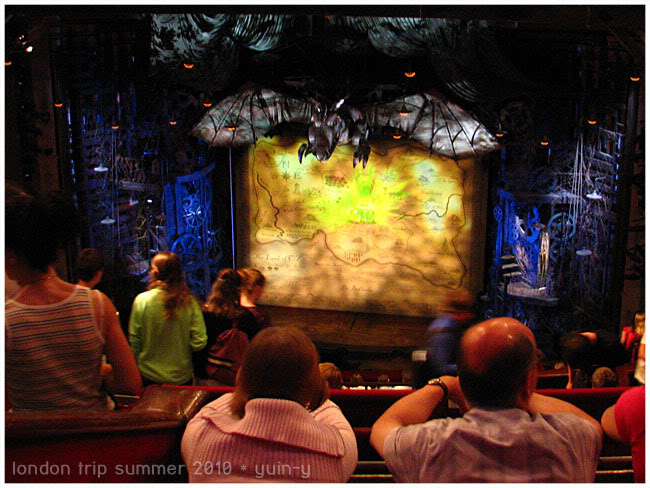 I should probably review – or rather, give my thoughts on (I don’t think I “review” things in the proper manner anyway) – Wicked (and Phantom and Oliver) sometime soon.

1 For those not in the know, it’s a reference to Dug the friendly dog in Up.