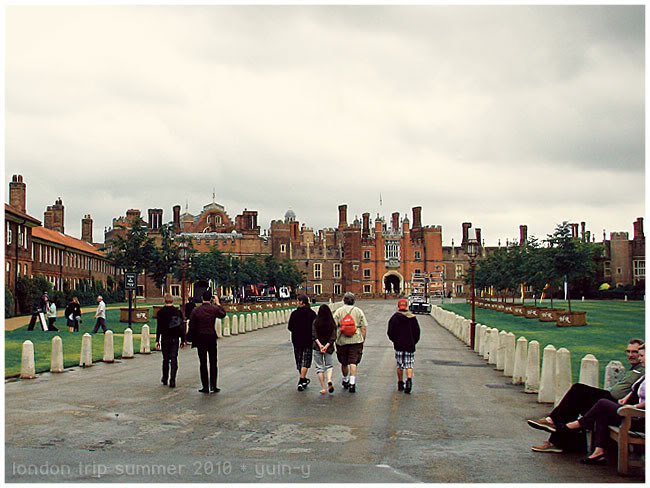 A fountain in the courtyard… with a couple of figurines on it. I have a feeling this wasn’t there the last time I went to Hampton Court, but I’ll have to check my photos from winter break to be sure. (Although it’s possible that I could have just not taken photos of it even if it was there then, since I was in such a rush that time.) 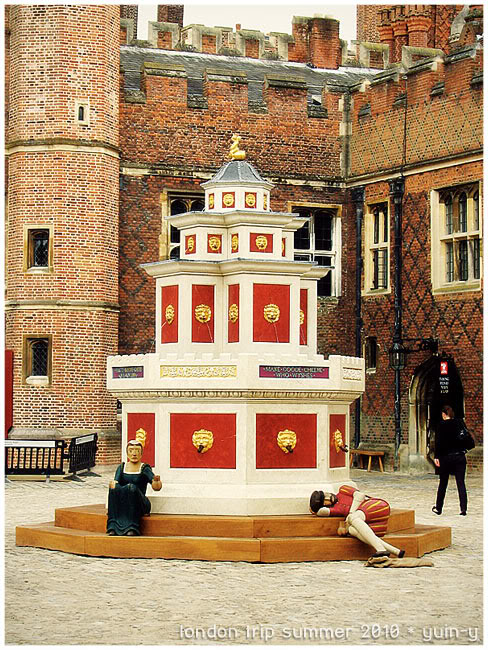 Clock! I like the logo above it for some reason. And as you can see, it was nearly one o’clock by the time I got there. 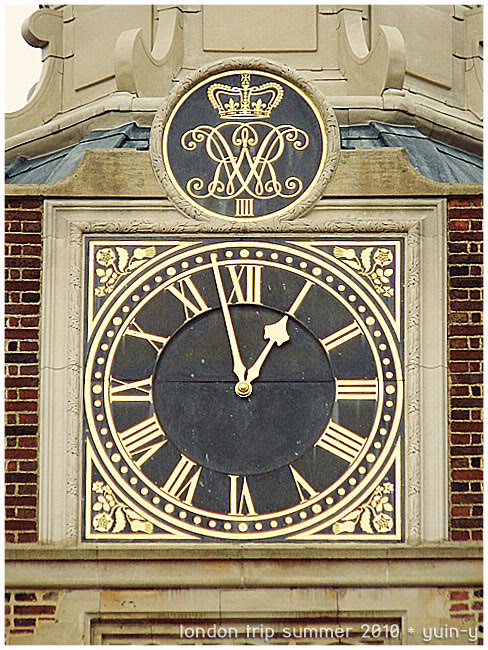 They have these robes that you can borrow while you’re in the palace. Gives you some extra feeling of the Henry VIII era, maybe. They looked comfy but I didn’t really think about trying one. No timeee! I wanted to see the palace, and the gardens and take photos… and I had to get myself to Her Majesty’s Theatre by 7pm. The overland train from London’s Waterloo station to Hampton Court takes about 45 minutes, which meant that in order to not kill myself trying to find the theatre in a rush, I’d have to leave Hampton Court before 5. (I have now made the acquaintance of every London Underground line except for the Metropolitan I think.) The… uh… dining hall? Ah, I’ve forgotten what these places are called. But I’ve packed the guidebook somewhere and am  too lazy to go look for it now. The stained glass window in the dining hall. 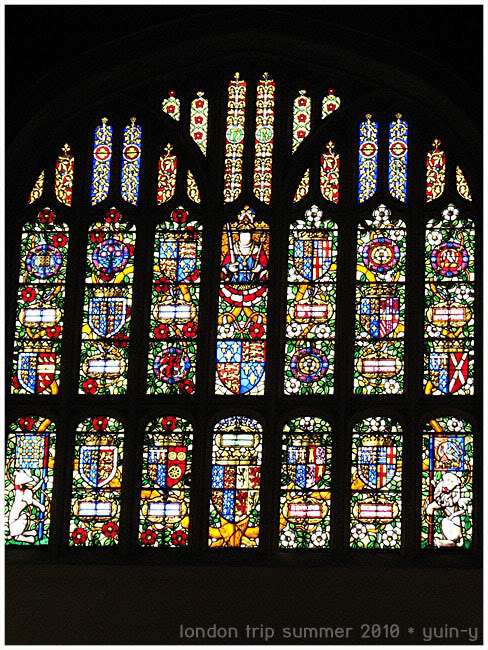 Saw this banner hanging in there and thought, Ah! Perhaps I should’ve come yesterday – then the date would have been spot-on. (It was July 13 when I went to Hampton Court.) The King was just about to exit the hall when I was there, and he was accosted by about fifty tourists for photo opportunities. (I jest, it was far less than fifty. 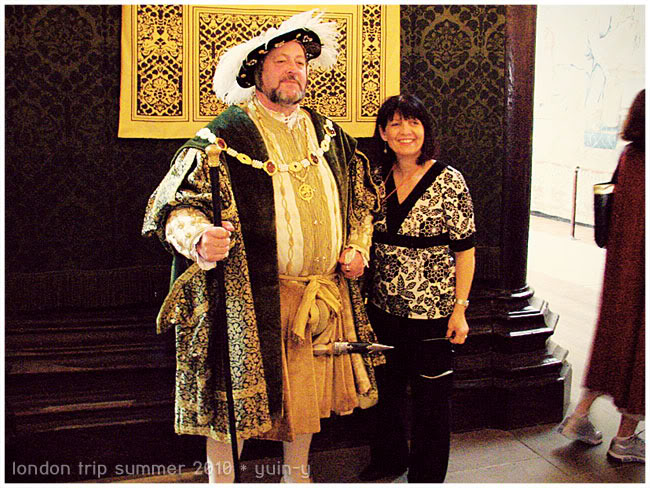 A pretty candlestick – and another photo that I’m fairly pleased with. =) 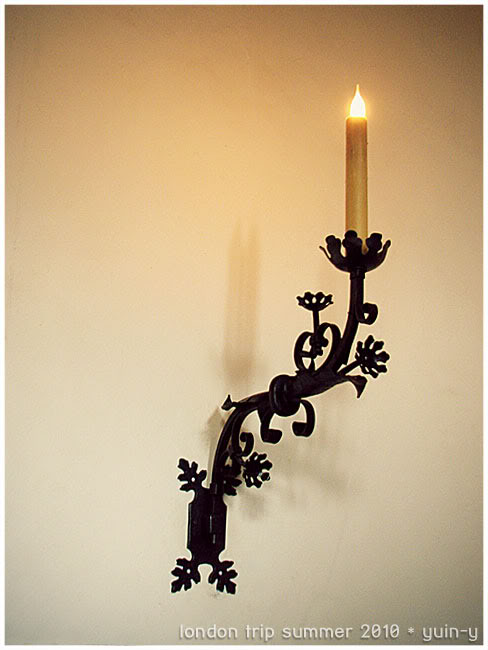 The ceiling of one of the adjoining rooms. They had several tables in one room with traditional games on them with instructions so you could sit there and play if you liked. 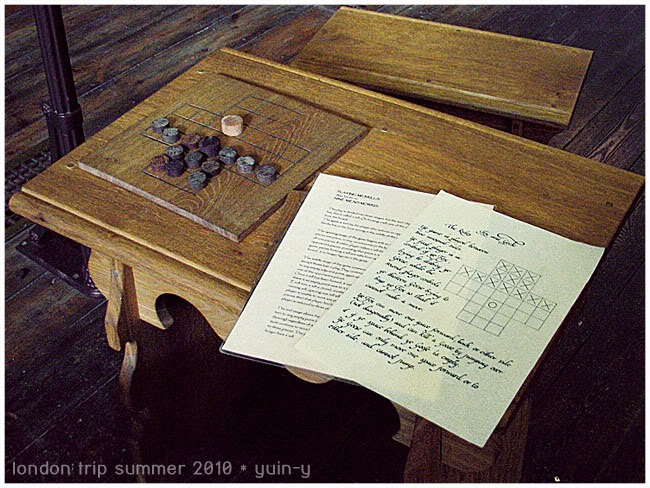 View of some small courtyard. 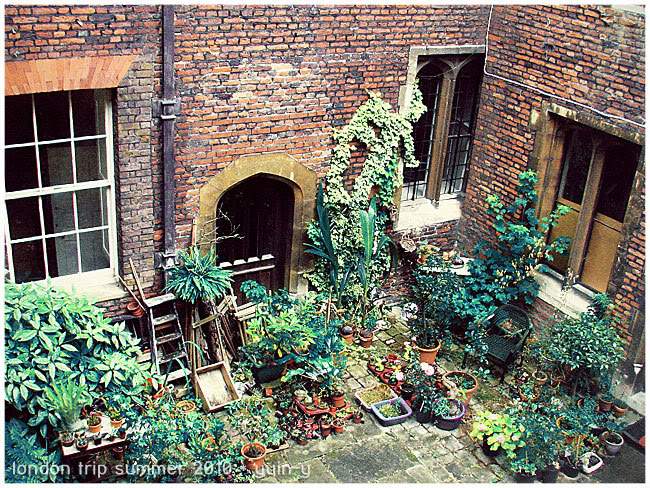 I remember this corridor… if you have the audio guide, it tells you ghost stories at this point – about the ghost of one of Henry VIII’s wives or something that wanders through the corridors. 8D The king’s bodyguard, standing by whilst the king was accosted yet again – this time in the courtyard – by another lot of tourists seeking photo opportunities. 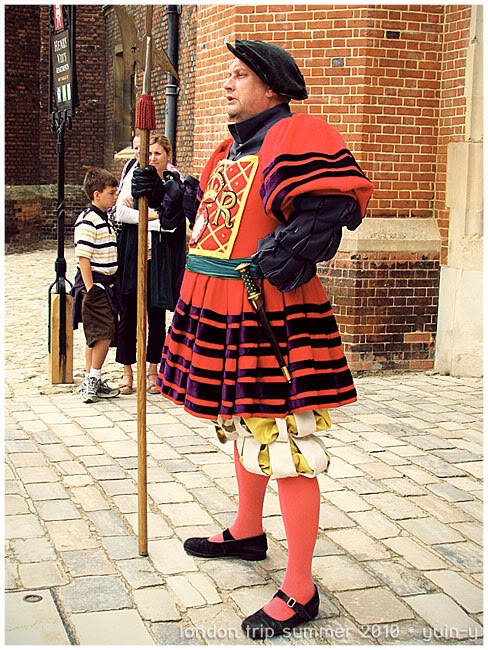 I managed to see one of their little skits. They have reenactments of Henry VIII’s wedding every day. Not the actual wedding though. More like, Lady Kateryn preparing for the wedding, the king’s final hour of bachelorhood, the feast after the wedding, etc. The one I saw was the king’s final hour before the ‘wedding.’ Was fun. The “king” basically just had arm-wrestled with one of his courtiers and they spouted funny dialogue and such, implying that the courtier (whose name I didn’t catch) was actually in love with Kateryn Parr. hahaha King Henry VIII delivering a soliloquy on something or other. 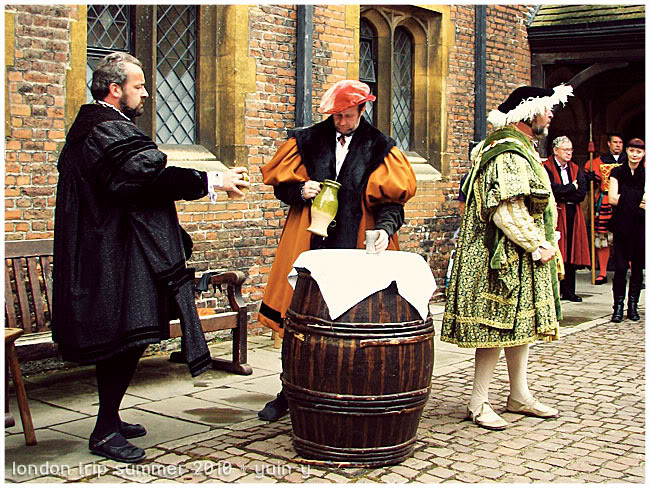 There were more people dressed in period clothing in the courtyard when that little skit was over. I went into the palace to see the part I hadn’t seen… but because it was dim indoors and I was not fond of using my flash, the photos are mostly not ones I’d want to show people. Bad, very grainy photos. hahah
This sign under one of the windows was interesting though. Conservation light monitoring programme. Cool. 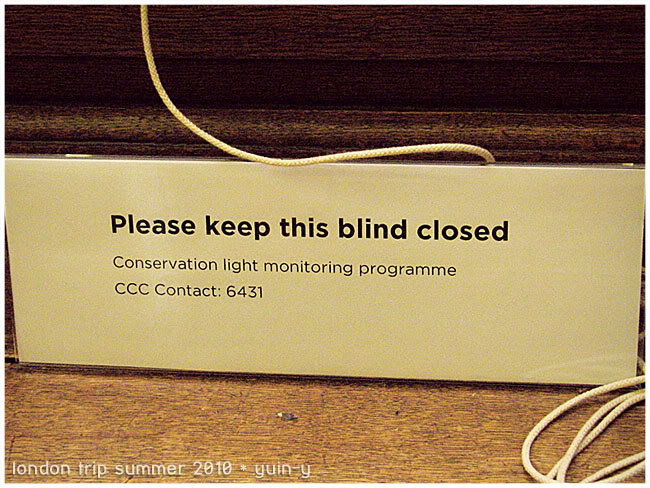 A huge wall painting and several porcelain vases above a fireplace. 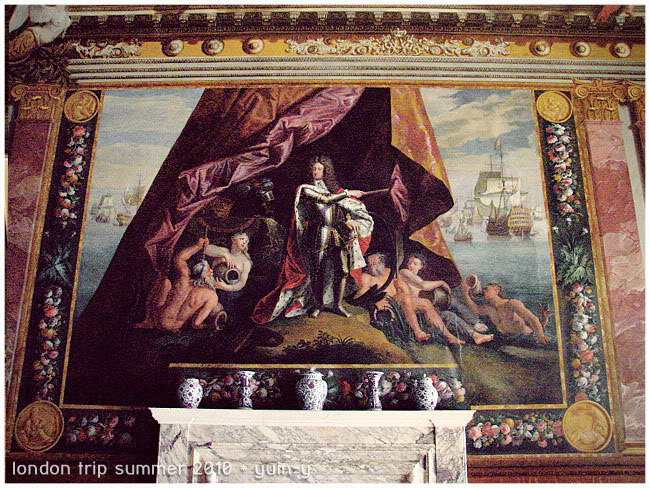 Detailed sculptures over another fireplace. Fountain in the quadrangle garden thing. And lastly, a shot of the outside (this photo has no colour treatment because it really messed up the colour of the flowers if I applied the same set to this pic). More to come in Part 2.