I nearly forgot about these photos from was way back in early June. (Feels like an age ago…) Took a one-day bus tour to St. Andrews and some of the fishing villages.

View of the Crags and Arthur’s Seat from the other side of the Firth of Forth. 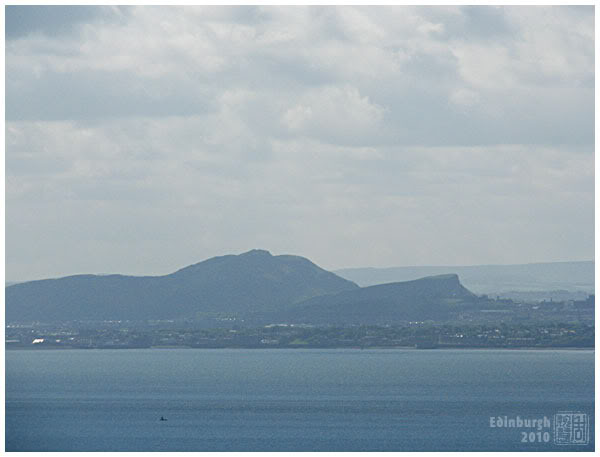 Some small island or other in the Firth – forgot the name. hahah Anstruther, first fishing village stop. The tide was obviously out at the time. 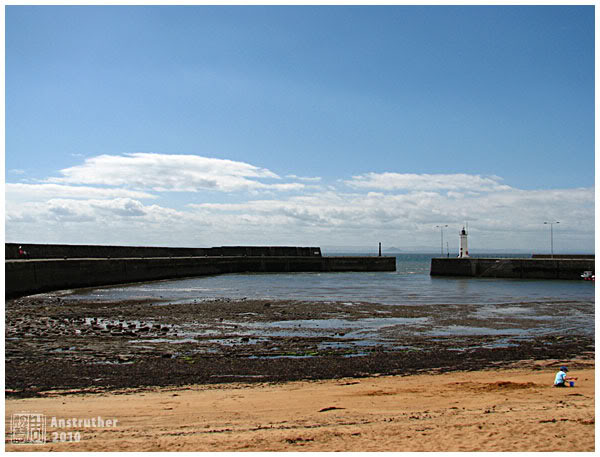 Tiny place, not much to see or do. 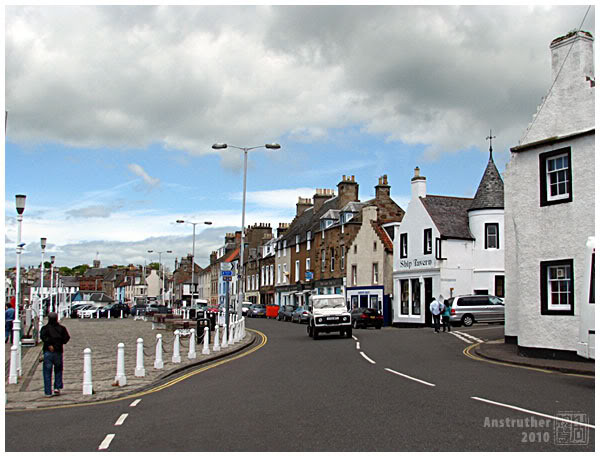 I just thought this was  a smart way to recycle a boat. 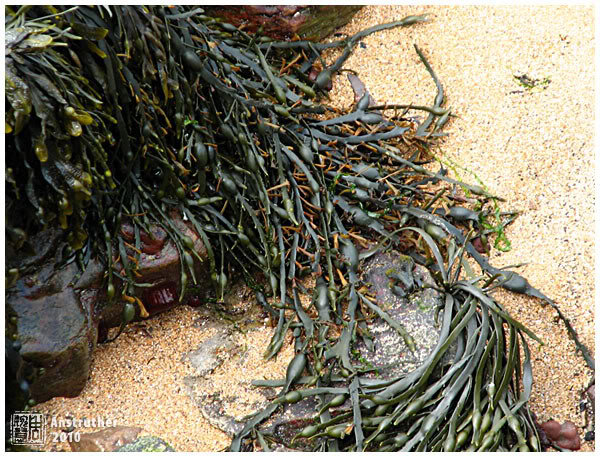 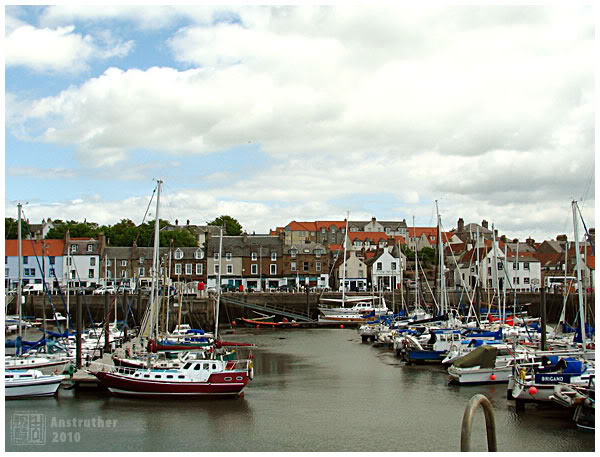 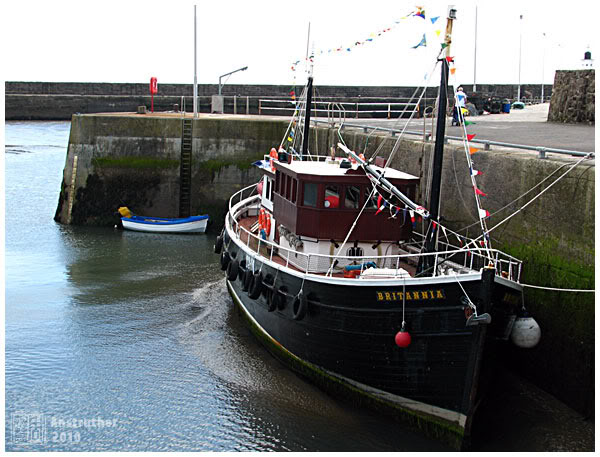 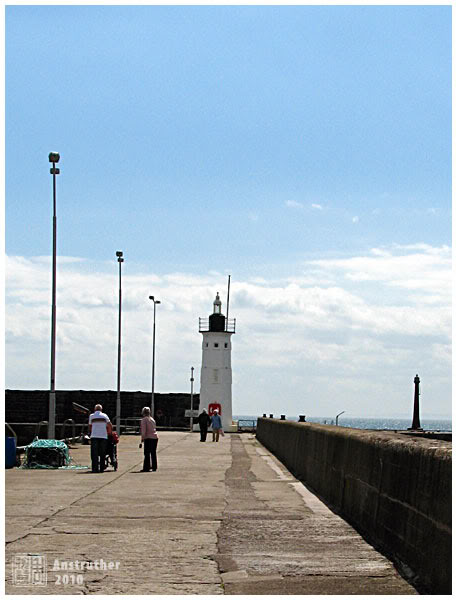 Lighthouse from up close. 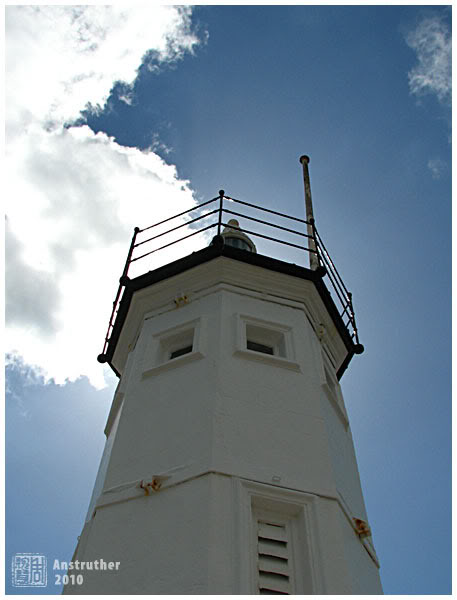 This clump of trees that we passed in the bus reminded me of Lothlorien somehow. haha 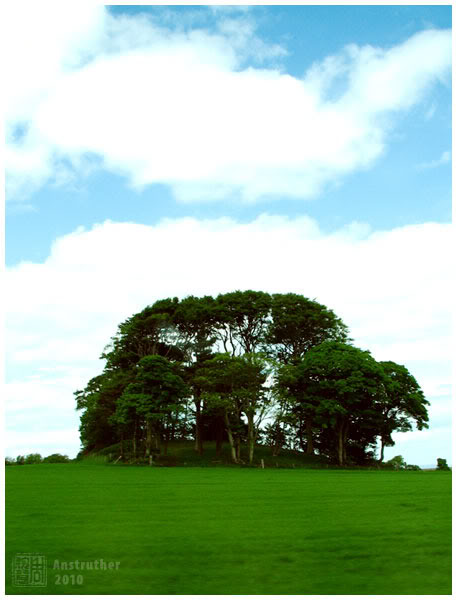 Passed through one or two more small fishing villages but didn’t stop in those.

Then, St. Andrews! Birthplace of golf and where Prince William went to uni. The tour bus dropped us off right in front of the… main golf course? Whatever. The oldest course, anyway. So I guess it’s the birthplace of golf? Of course, with the lovely weather we had that day, there had to be people playing golf. 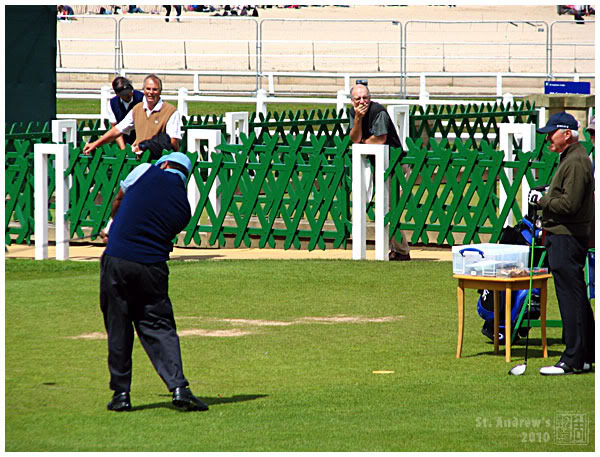 None of us had any idea why that silver trophy was sitting on a random table on the course. Maybe there was some tournament scheduled the day after – there didn’t seem to be any going on when we were there. 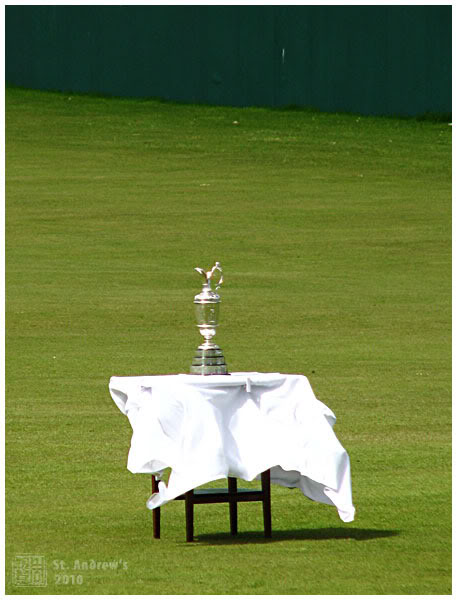 A (waterless) fountain along one of the three main streets. 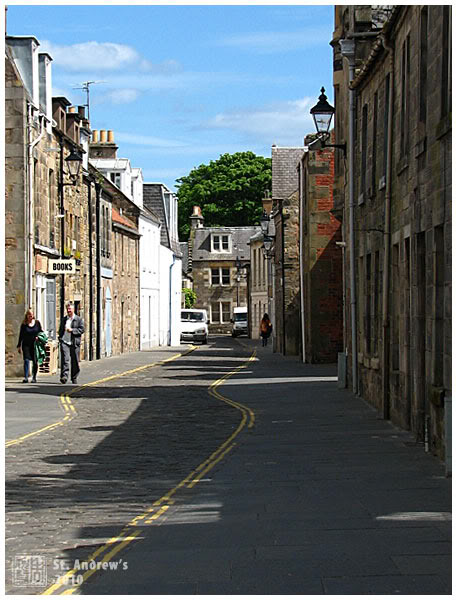 St. Andrews Cathedral – or what’s left of it – and a graveyard. 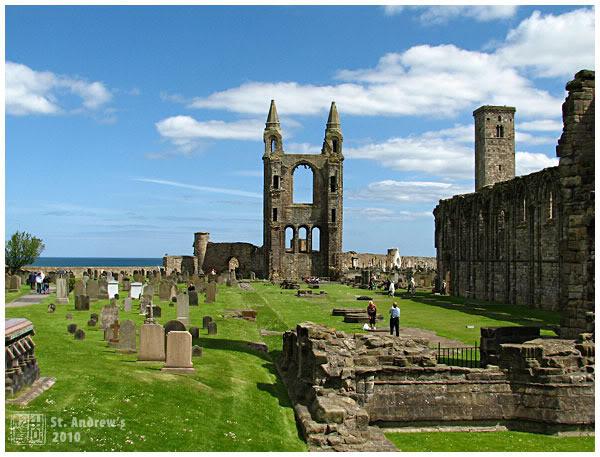 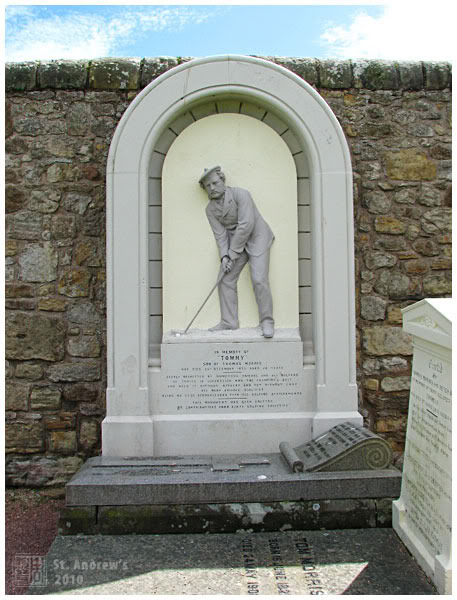 This little bucket of plants was rather picturesque. View of St. Andrews castle ruins from the outside – we didn’t go in. Another bit of the castle ruins. 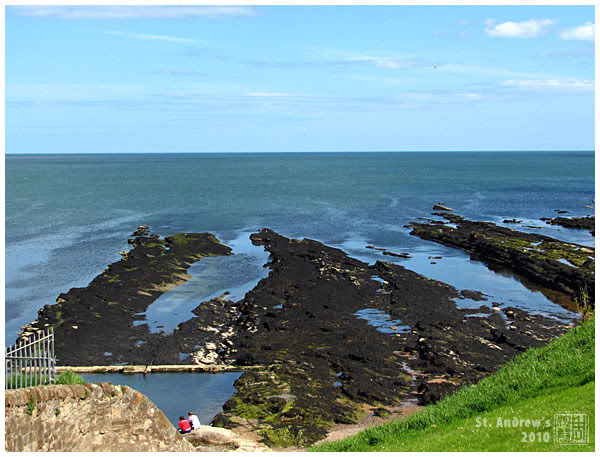 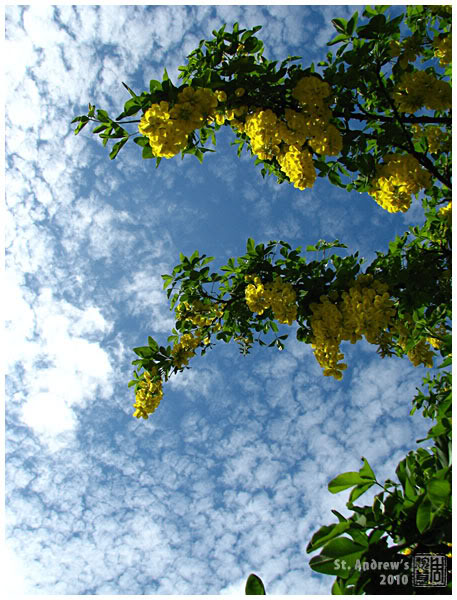 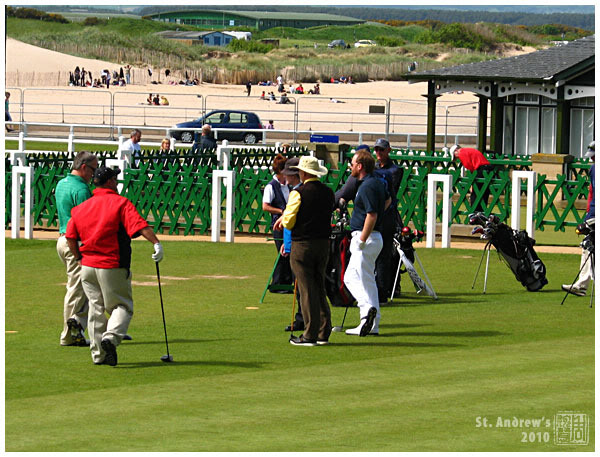 The weather was really marvellous that day, which at least made walking around small St. Andrews really easy.

I don’t really have much else to say about this trip, so that’s all, folks! lol.