30 Most Memorable ESB Quotes
“No, I am your father” is undoubtedly the quote in ESB, but I have a soft spot for Leia’s “Why, you… stuck-up, half-witted, scruffy-looking… nerf-herder!” lol. 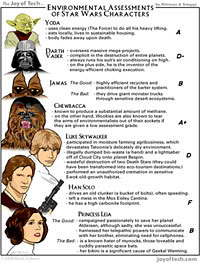 This one really made me laugh. Yoda “uses clean energy (The Force) to do all his heavy lifting, eats locally, lives in sustainable housing, [and his] body fades away upon death” and thus earns an A on his environmental assessment. Vader “oversees massive mega-projects, [was] complicit in the destruction of entire planets, and always runs his suit’s air-conditioning on high” but “is the inventor of the energy-efficient choking execution.” He gets a D-.

Click the link or the image to see the full pic.

END_OF_DOCUMENT_TOKEN_TO_BE_REPLACED

I think that’s how I feel too sometimes. lol.

Small things that made me happy or that amused me yesterday:

2. Pachelbel’s Canon in D on piano.

I shall now continue to demonstrate my inconsistency of blogging content.

This had me cracking up all of Sunday. I can’t help it – it’s the LOTR geek in me. (And oooh, look at the Shire Reckoning widget in the sidebar today – I didn’t realise Sam’s daughter was born on the same day Gollum fell into the Crack of Doom with the Ring.)

(Click the image to see it on the xkcd site.)

xkcd‘s comic strips tend to be a bit beyond me because it’s mostly engineering/math jokes, but every now and then something like this surfaces and I love it! XD

If you need an explanation, click “Continue” below, but I think that once it has to be explained, the joke kinda falls flat. It’s either you get it or you don’t. Heh.

END_OF_DOCUMENT_TOKEN_TO_BE_REPLACED

It’s annoying when my brain just can’t seem to shut down and go to sleep.

Anyway, Mum sent me this link: How to Write a Dissertation, or “Bedtime Reading for People Who Do Not Have Time to Sleep.”

It’s talking about a PhD dissertation but yea, applicable to Master’s as well I guess. I like the opening anyway. XD

There are two possible paths to success: 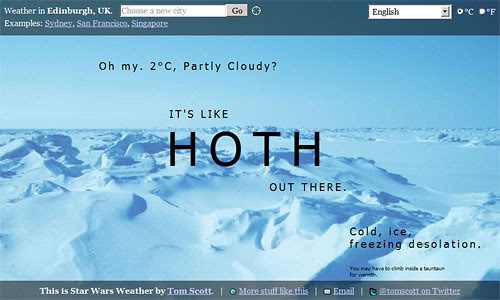 The tiny text under “Cold, ice, freezing desolation” reads:  You may have to climb inside a tauntaun for warmth.

It’s Hoth out here! XD (Not too far off the mark, really… Although considering the temperature over the past couple of weeks, 2° is warm) No way am I climbing inside a tauntaun though.

Penang, on the other hand… 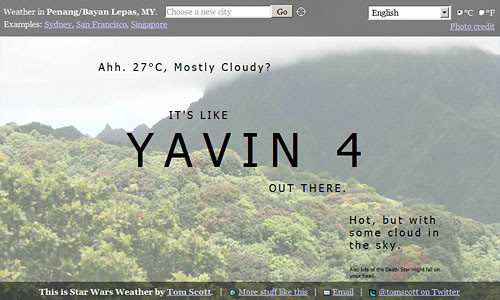 The tiny text reads: Also, bits of the Death Star might fall on your head.

END_OF_DOCUMENT_TOKEN_TO_BE_REPLACED

One of my students sent me an e-mail today. He’s the new secretary of the Multimedia & IT Society (for which I was “persuaded” to take over as advisor when I started this job – please note the inverted commas. “Persuaded”). He was supposed to send me the full contact list of the committee members about two weeks ago, but only sent it after I saw him yesterday and demanded to know where the list was.

I’m resigned to the fact that students in this small college don’t have the greatest command of English, but sometimes…

The subject line of the e-mail he sent, the filename and the title line in the file all read:

I seem to have divided the linguistic side of my brain into just two basic parts: English and non-English. Having all other languages lumped together under “non-English” results in me having a tricky time studying for my Spanish exam (which is tomorrow. aaaaaaaah).

When memorising the names of colours, somehow I have no problem with all the basic ones except purple. Almost every time, instead of writing morado I find myself wanting to write murasaki, which is the Japanese word.

When thinking of simple phrases like “John’s cat,” my first reaction is to translate as John no neko instead of gato de John. That’s… completely reversed.

And most annoyingly (and probably the silliest of all) right now is dealing with numbers. For example, when I have sentences like this: Yo tengo 3 hermanas. (I have three sisters.) When I read it in my head, it should be Yo tengo tres hermanas. Instead, I automatically ‘read’ Yo tengo san hermanas. I don’t know why only the numeral ‘converts’ to the Japanese reading in my head. The same goes for time, especially the nice round numbers like 1.30 or 5 o’clock. Occasionally takes quite a bit of effort for me to remember to write uno y media or cinco en punto rather than ichiji han or goji.

Fortunately, I haven’t encountered the same problems with learning the days of the week or the months or simple adjectives…

Exam tomorrow. @_@ I feel like a headless chicken. Okay, maybe not a headless one. Just one with addled brains.

What’s with the Facebook craze recently? Over the last three weeks I’ve had at least four different people asking me if I was on Facebook. This is remarkable when you consider that before this, no one so much as mentioned Facebook to me. I haven’t succumbed to the Facebook craze yet. The contrary side of me has decided to ignore it. Why follow the crowd?

If I do join Facebook, it’ll probably be long after the craze has died down – or if someone’s paying me to join it. Muahahah.

And anyway, my Friendster account is languishing away as it is. I’ve never really been into the whole Friendster-type of thing. I check it occasionally or when I’m bored, but I don’t really bother about it in general. So what makes you think I’d bother with Facebook? I hear it’s rather addictive with all the little features, but in that case, I’d rather not get addicted to anything else at the moment. I’ve other, more interesting things to amuse myself with.

But just because I’m not into Facebook doesn’t mean I don’t know about it. And it certainly didn’t stop me from laughing at this parody (I have a feeling I know the original song, but can’t remember what it’s called):

It’s funny and it sounds so soothingly melodious. Those guys can sing…

My favourite part goes:
I can then poke you
You can poke me too
Anytime night or da-aay
Only trouble is
Facebook
I’m wasting my liife awaaaaaayyyyy…

And while explaining the tournament system to the zone and church representatives at the match draw on Sunday, Uncle Reuben described it as being, “Not even semi robin.” 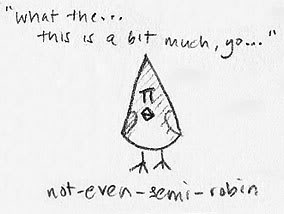 “Not even semi robin” because each team plays two other teams out of a group of six. If it was round robin, each team would play five to qualify. And of course, “half robin” would be three.